Home of the Kansas Jayhawks

Sunflower Showdown is contested each season between the Kansas Jayhawks and the Kansas State Wildcats. The game is one of the most anticipated of the season with the winner taking home state supremacy and the Governor’s Cup. If you want to go the biggest Jayhawks game of the year, then book your ticket to the Sunflower Showdown. 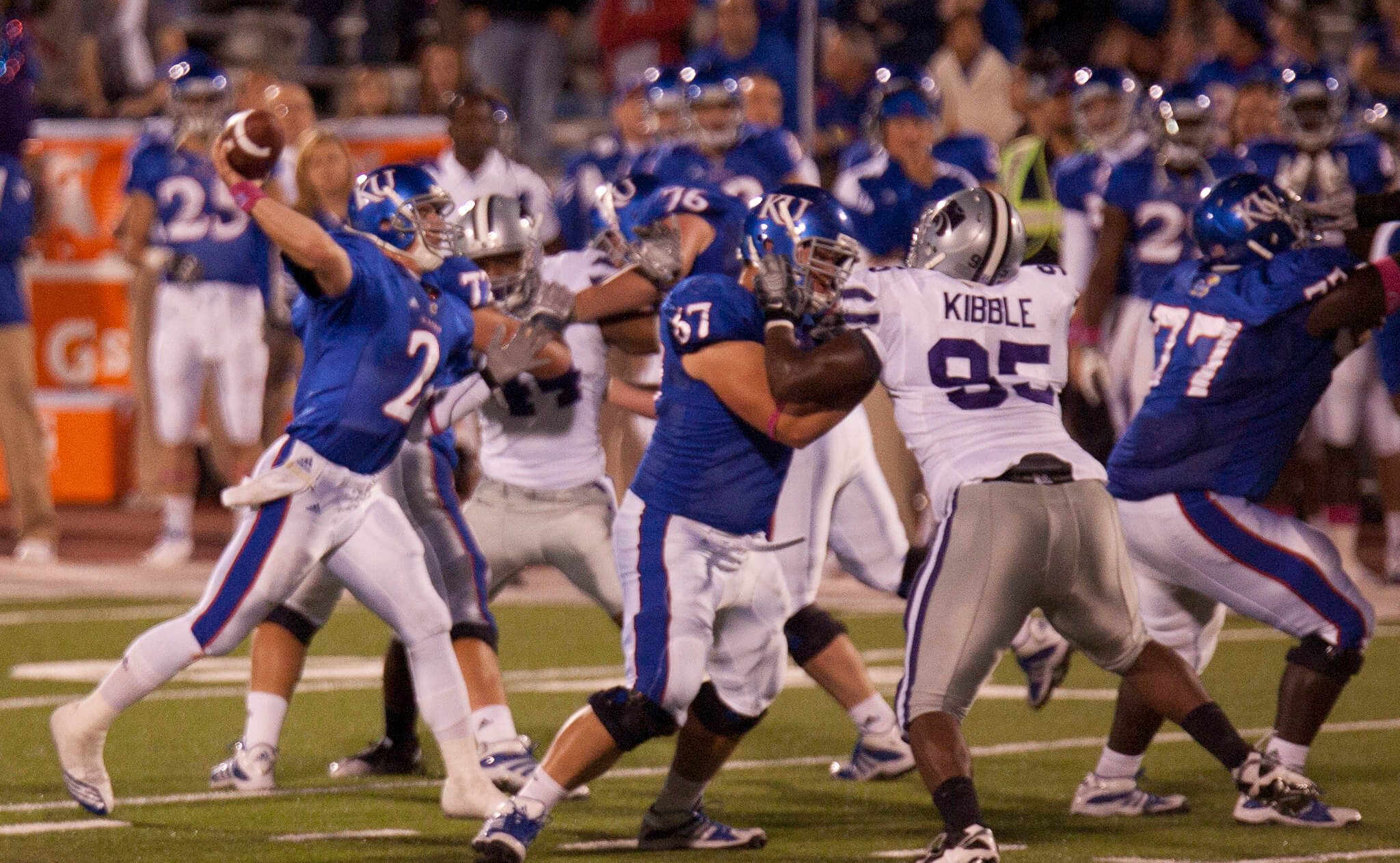 The wave has been a popular game time ritual for many years, but KU has their spin on this classic.  At important moments during each game fans raise their hands in the air and wave them back and forth slowly. From far away this practice looks identical to wheat swaying in the breeze, so join in on this great game day tradition.

KU’s Rock Chalk Chant came from a cheer that chemistry professor, E.H.S. Bailey, created in 1886. His version was “Rah, Rah, Jayhawk, KU” repeated three times. “Rock Chalk” replaced the rahs, which is the name of the limestone found on Mount Oread, the location of the campus. The chant has become a staple at KU athletic events over the years, so make sure to join in on this iconic cheer when taking in a game in Lawrence.

The morning of the homecoming game at the University of Kansas includes a pancake tailgate in the Alumni Center parking lot. Tickets are only $5 and the event lasts for three hours so before a day of heavy tailgating begins, be sure to get some Jayhawk pancakes.

The Ring of Honor located at the top of the northern bowl of Memorial Stadium honors the all-time greats who have donned the Jayhawks uniforms. It is a great honor to be a part of, and some of the members include Gale Sayers, John Riggins, and Bobby Douglass.

7. The View from the Hill

Memorial stadium was built with Campanile Hill overlooking it to the south. The hill was the reason the south end zone was left uncovered by seats and is a popular location for tailgaters. Make the trek up Campanile Hill to get an excellent view of Memorial Stadium. 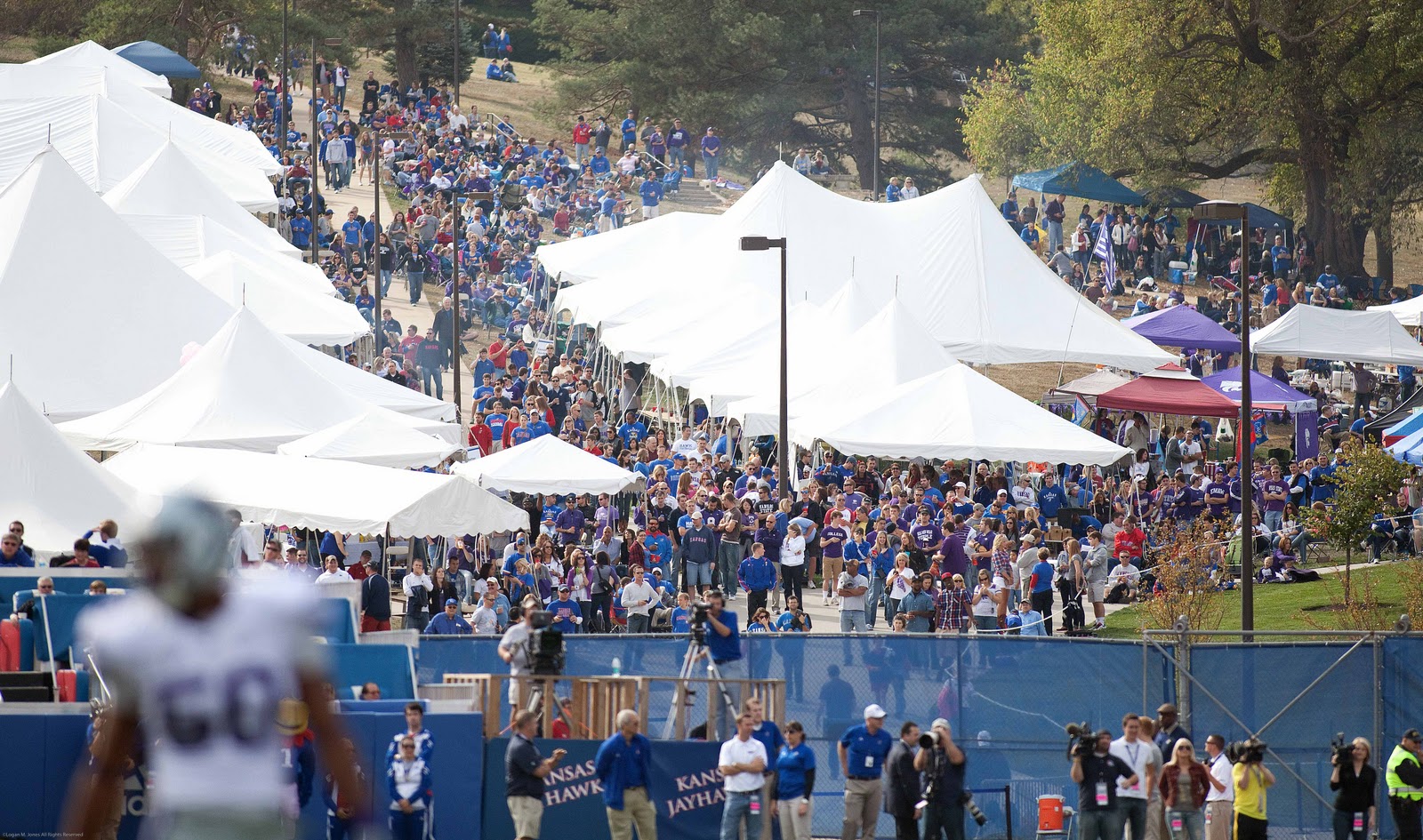 8. Hospitality on the Hill

On the top of Campanile Hill are tailgate tents that can be booked for Jayhawks games. At these tents, Kansas University offers catering with options such as a BBQ buffet, a grilled buffet, deli sandwich bar, or a choice of three breakfast buffet options. If you’re looking to tailgate, but don’t want to cook yourself then Hospitality on the Hill is the thing for you.

9. Proud to be a Jayhawk Tailgate

Jayhawk fans 21 and older can drink and participate in a designated area three hours before game time as well as during halftime. The funds and donations collected at the Proud to be a Jayhawk tailgate are dispersed throughout Lawrence and Kansas University, so you can feel good about drinking on game day.

Filled with restaurants, shops, and street performers, Massachusetts Street has something for everyone in Lawrence. When stopping here, make sure you give yourself enough time to explore the many unique places this six-block strip has to offer. On game day, whether it be basketball or football, the bars and restaurants are packed with fans cheering on the beloved Jayhawks. 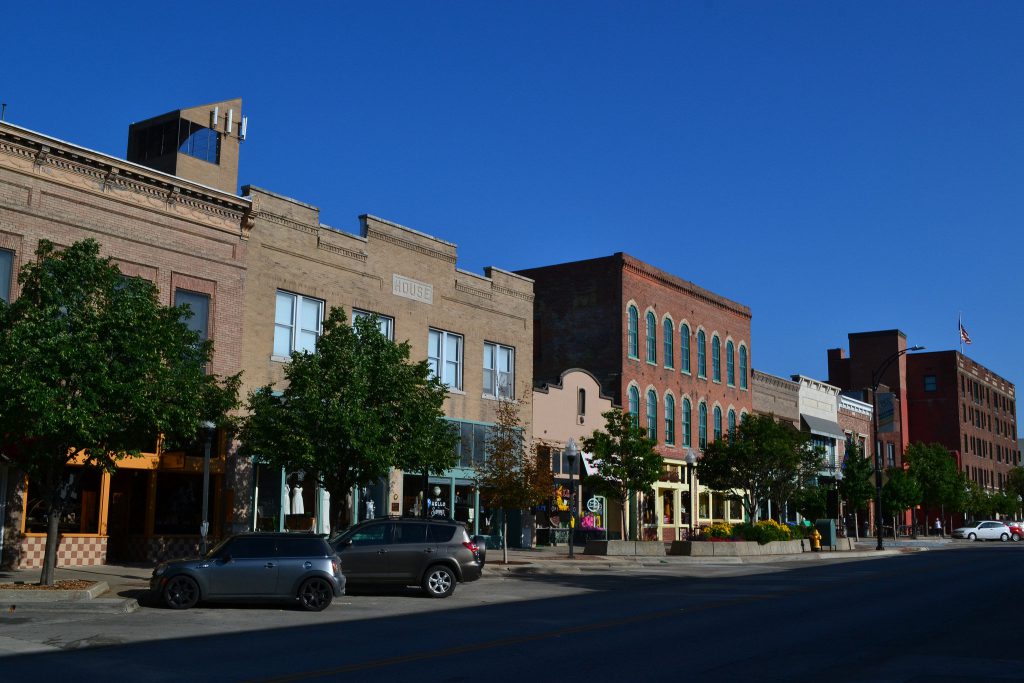 University of Texas at Austin

Check out the University of Texas at Austin list!