Home of the Kentucky Wildcats

The home of the Kentucky Wildcats is Commonwealth Stadium which was built in 1973, making it the newest stadium in the SEC. The Stadium had an original capacity of 57,800 but has since been expanded to seat 67,942. The home of the Wildcats is named after the official state name, “Commonwealth of Kentucky” and the field is named C.M. Newton Field in honor of retired UK athletic director and baseball/basketball player C.M. Newton.

Kentucky University is widely known as a basketball school, but that doesn’t stop over 70,000 fans coming to Commonwealth Stadium to cheer on the Wildcats in big games. The fans will get loud and proud in support of their team and one time stormed the field and tore down the goalposts after an overtime victory against Auburn on October 4th, 1997.

There is a lot of passion and tradition among the fans when it comes to Kentucky football, which can be seen in the singing of“My Old Kentucky Home” before kickoff. The Wildcats have been fairly mediocre lately, but that hasn’t stopped the fans from showing up as you’ll be cheering and chanting with the Wildcat faithful as Kentucky moves the ball down the field.

If you want to experience the best atmosphere, Commonwealth Stadium has to offer then you’ll want to come when the Wildcats are facing SEC opposition. The place is absolutely rocking especially if the Wildcats make it to the fourth quarter with a chance to upend one of the best teams in the country like LSU, Auburn, or Alabama.

You’ll have a great time in the Bluegrass State cheering along with Wildcat fans as they try and will their team to victory against some of the stiffest competition in the country. 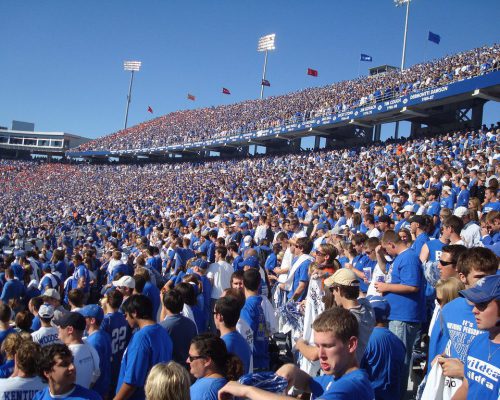 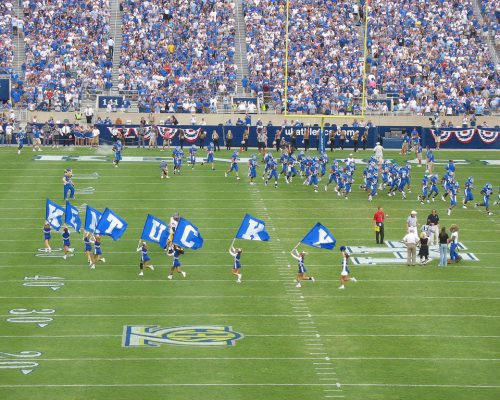 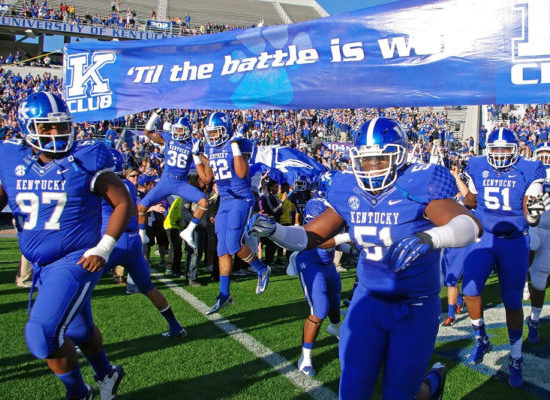 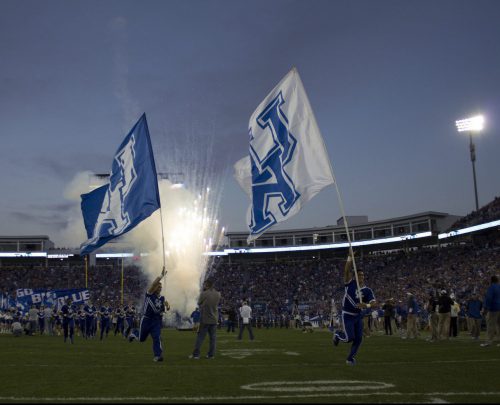 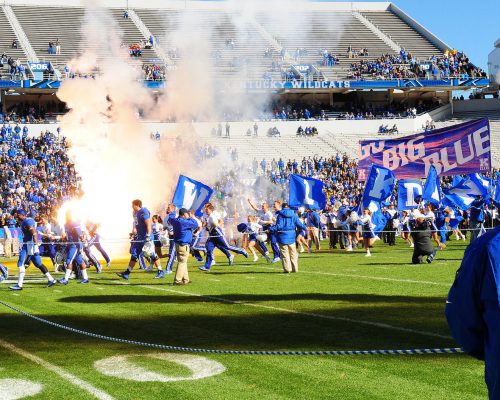 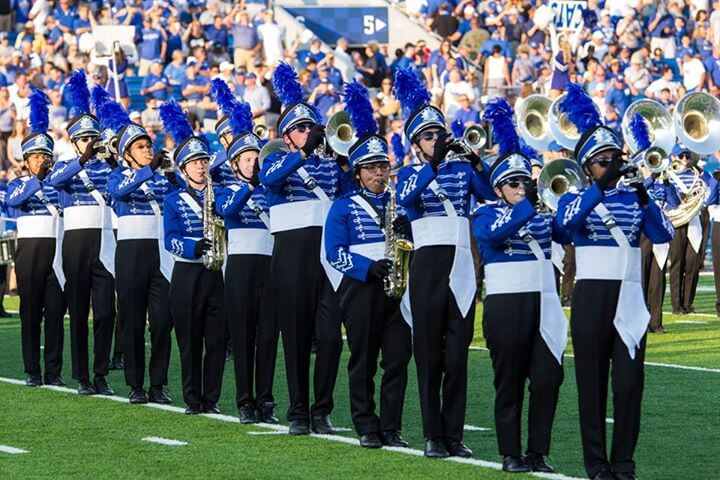 The Wildcat Marching Band puts on an excellent game day show that is sure to get any college football fan out of their seat. The band plays a great mix of contemporary jazz as well as classic songs. Although they’re probably most well known for playing Kentucky favorites like On, on, U of K, Kentucky Fight, and My Old Kentucky Home. 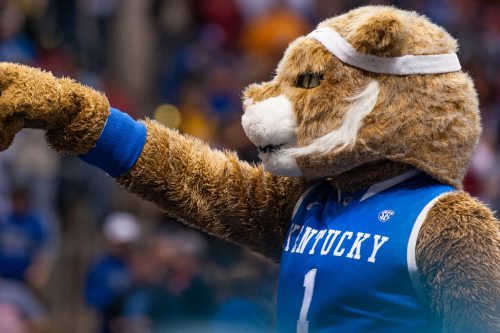 The Wildcat and Scratch are the two costumed mascots at the UK.These two love to entertain and pump up the crowd at Wildcat games. The Wildcat dates back all the way to 1976 and Scratch provides a youthful and kid-friendly persona who is great for fans of all ages.