Home of the Maryland Terrapins

Maryland is one of the newest teams in the Big 10 conference and has carried their timeless traditions with them to their new conference. Since Maryland Stadium’s opening in the 1950’s, it has undergone several renovations – namely three major projects in the 90’s – that has resulted in the stadium’s current form.

The two video boards, one old and one new, helps to symbolize the coming together of the past and present inside Maryland Stadium. Sand-molded brick is used all throughout the stadium, which matches the brick used for most of Maryland’s buildings. The matching brick keeps the traditional feel of the University of Maryland. You’ll love the architecture and layout of Maryland Stadium, which helps provide an in-game experience that is unique to Maryland.

The fans inside Byrd Stadium have had a lot to cheer for as the school holds the third-most ACC championships with nine, behind Clemson and Florida State. It is also an exciting time to be a Terrapins fan, as their time in the Big 10 conference is only just beginning. You’ll have a great time cheering on the Terps with fellow fans while they make a name for themselves in the Big Ten. 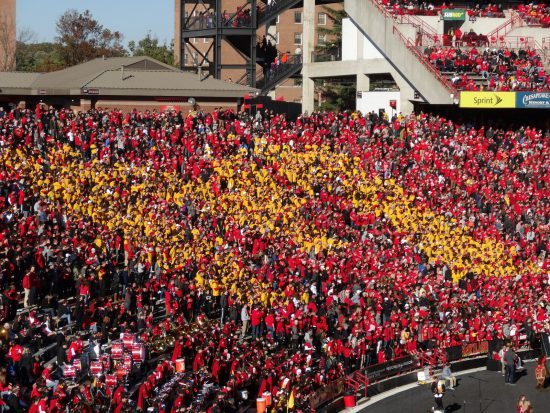 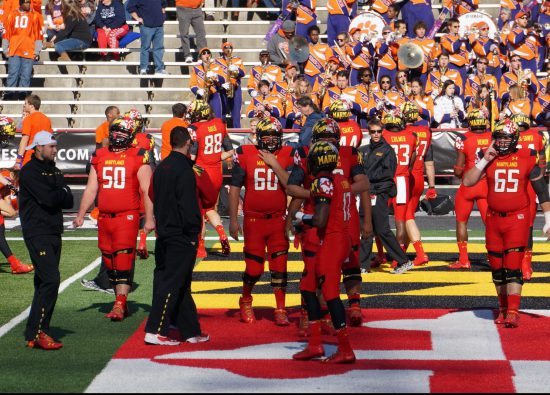 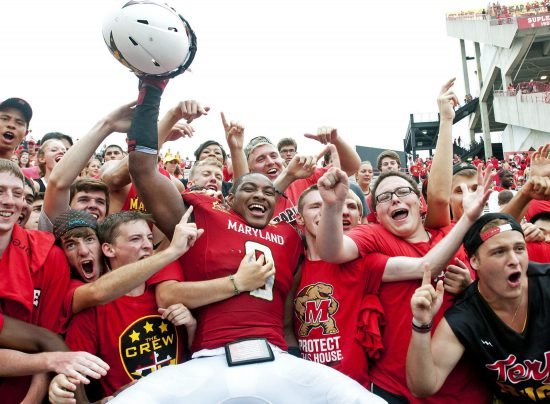 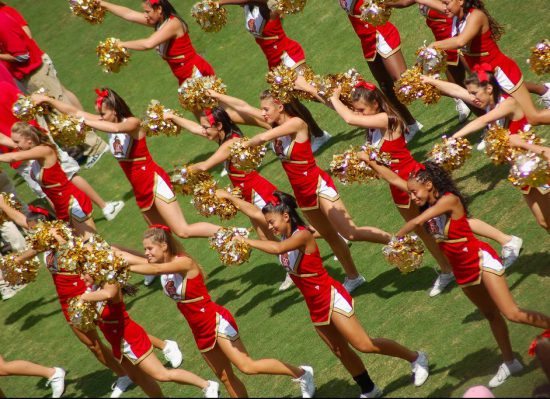 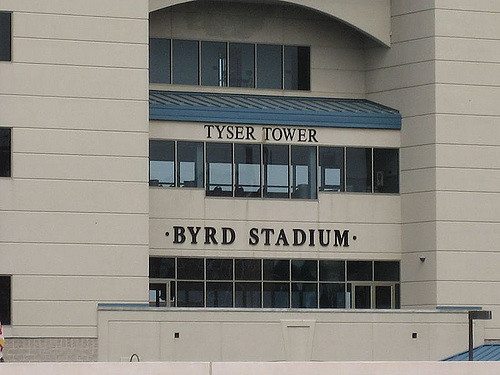 This 90-foot-high, five tier building was built in the 90’s and accommodates for 300 exterior luxury suites, a hospitality suite with theater style seating, television and radio booths, and a photo deck. 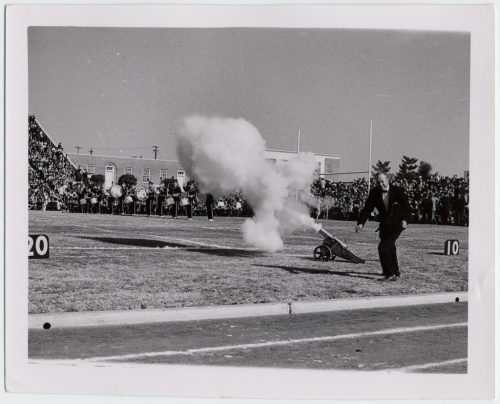 At every home game, a small cannon is fired after a Maryland score, prompting the mascot Testudo to hit the deck and do push-ups. Listen for the cannon for your chance to cheer on Testudo as he does his push-ups.

To keep the noise down during offensive plays, Maryland fans will jingle their keys to show support yet still allow the team to hear the signals from the backfield. 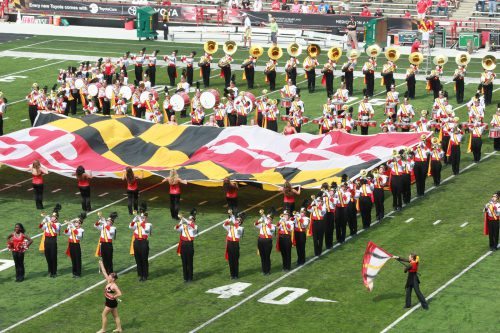 The Mighty Sound of Maryland is the official marching band of the University of Maryland. The team puts on a great show that any college football and marching band enthusiasts would enjoy. Some of their most famous songs to perform are the Teenage Mutant Ninja Turtle Theme Song and the University’s Victory song.