Home of the UMass Minutemen

UMass recently moved up to the FBS (Football Bowl Subdivision) in 2012, and the program’s growth has created a lot of buzz around Minutemen football. UMass students and alumni alike are abuzz with the prospects of competing in major bowl games, and as a result, you’ll find a lively atmosphere surrounding Amherst on game days.

The crowd during the game is one of the wildest you will see in the northeast, and that comes with stiff competition from Boston College and UConn who have more established programs.  UMass fans take it to another level though when it comes to showing their support and creating a raucous atmosphere. The fans load up before and scream just about everything imaginable at the opposing team and the refs, hence their nickname “The Zoo.” They are a passionate fanbase for all sporting events, and no sport is bigger in collegiate sports than football.UMass fans are some of the rowdiest fans in the northeast and won’t hesitate to try and get under the skin of opponents.

In addition to a rowdy crowd, you’ll also find lots of pageantry on display at a UMass football game. The UMass Marching Band puts on a great show that rivals just about any band out there, and you’ll see lots of great routines performed by the cheerleaders and mascot. 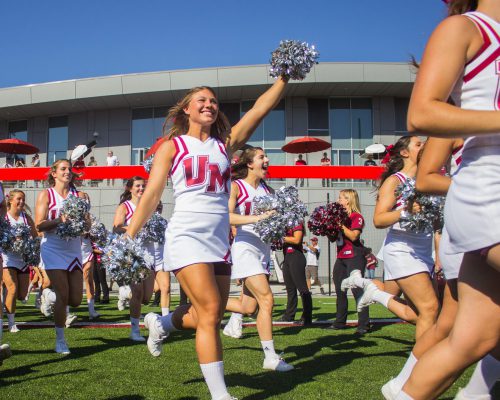 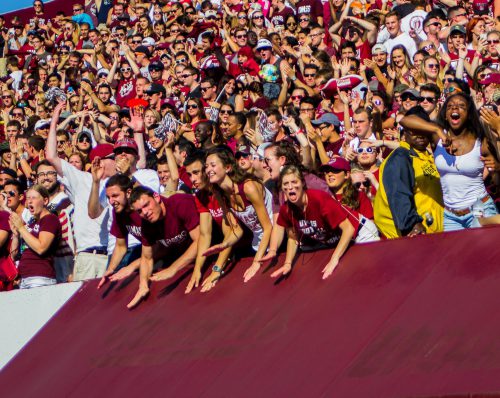 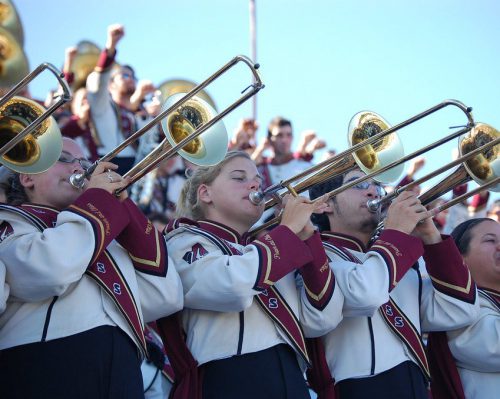 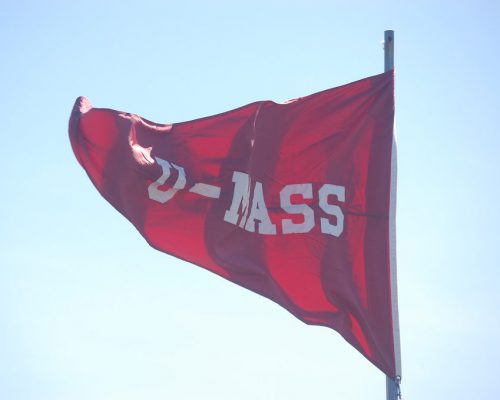 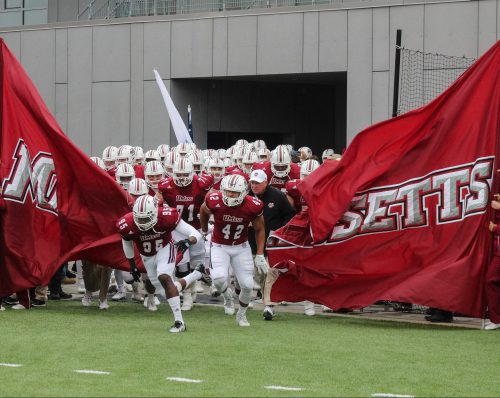 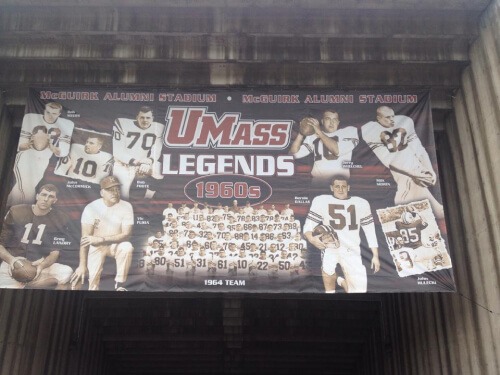 Check out the banners celebrating past UMass players hanging around the stadium. The banners honor all of the best players in Minutemen history, so take a minute to remember all of your favorite players of the past including Victor Cruz and Greg Landry. 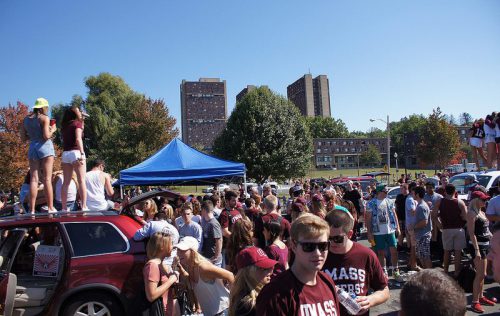 UMass students form a rowdy cheering section known as “The Zoo” on game days. The Zoo is the loudest and wildest section at any Minutemen game, so come prepared to get loud if you’re sitting in or near the UMass student section. 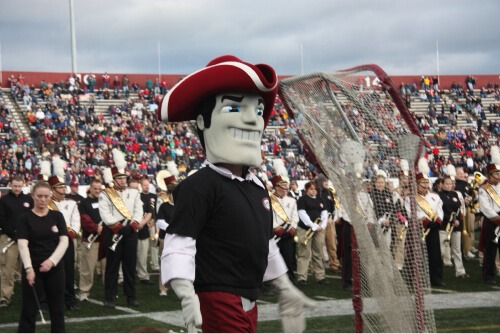 Sam the Minuteman is the official mascot of the UMass Minutemen and was the runner up in the 2005 Capital One Mascot of the Year competition. All throughout the game you can see Sam entertaining the crowd, so keep your eyes peeled for him when attending a Minutemen football game. 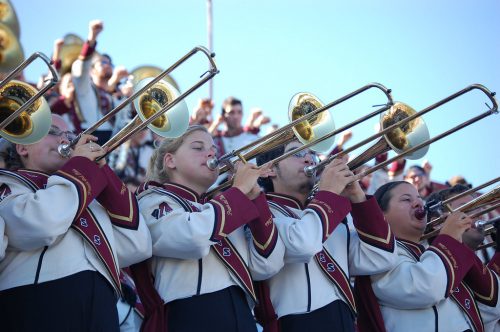 The Minuteman Marching Band puts on an incredible show at Minutemen football games and is a big part of what makes a UMass football game such a spectacular event. The band’s pregame, halftime, and postgame shows are out of this world, so don’t miss them when attending a UMass game.