Home of the Minnesota Gophers

Minnesotans are famous for being nice, and Gopher fans are no different as here you’ll find some of the nicest and friendliest fans around. As long as you’re wearing Gophers gear, you’ll fit right in as everyone will be happy for you to join in on the chants and cheers. However, just because the fans are super friendly, that doesn’t mean that Gophers fans aren’t very passionate. Gophers fans can get really loud especially for rivalry games and night games.

The fans here love to cheer on their Gophers particularly Goldy who is one of the best mascots in college sports. Goldy’s signature move is the ability to spin his head, which riles up the crowd and gets everyone going. If attending a Gophers game make sure to look for Goldy as his antics are worth the price of admission all on their own.

TCF Bank Stadium itself makes the trip worthwhile on its own as it is one of the most beautiful stadiums in the country. It provides great sight lines as well as plenty of legroom meaning you’ll enjoy the game no matter where you’re sitting. The open end of stadium offers a great view of Williams Arena and downtown Minneapolis, so you’ll get not only a great view of the action on the field but also a beautiful view of Minneapolis. 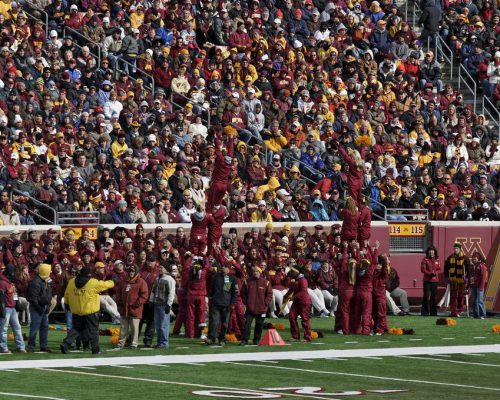 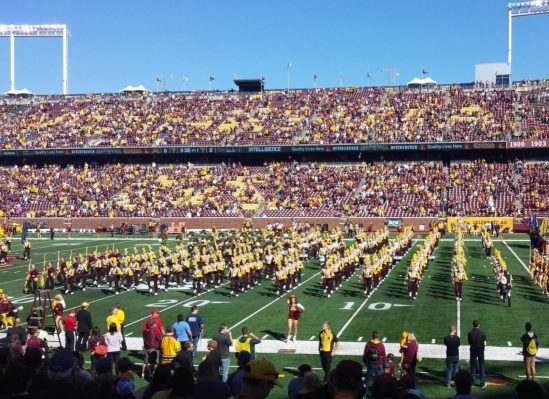 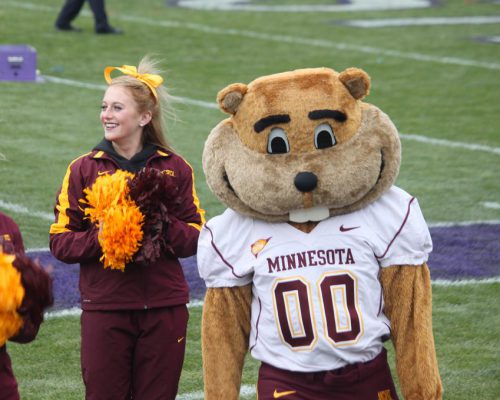 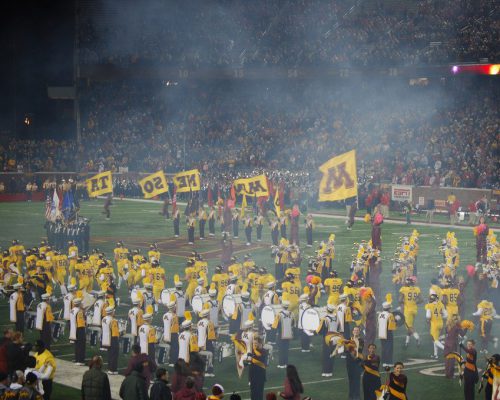 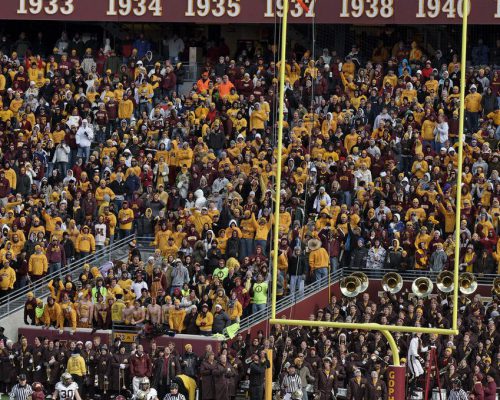 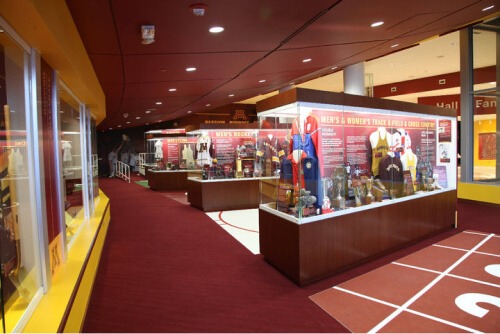 The Hall of Fame features exhibits from all Gophers sports including images, artifacts, and interactive activities. 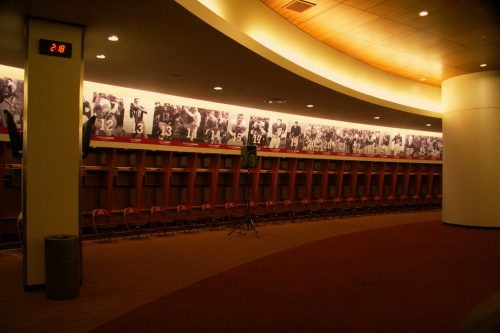 If you’re looking to find some Gophers gear on game day or want to pick up a souvenir checkout Goldy’s Locker Room. 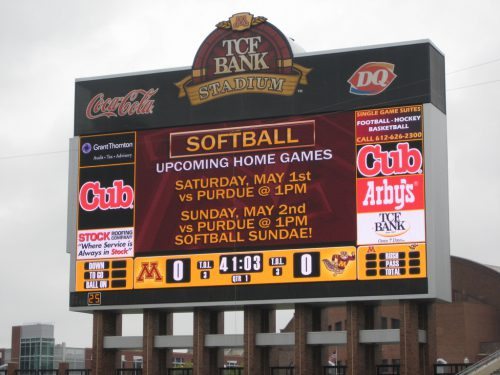 The scoreboard is the ninth biggest in the college football and is 48 by 100 feet. 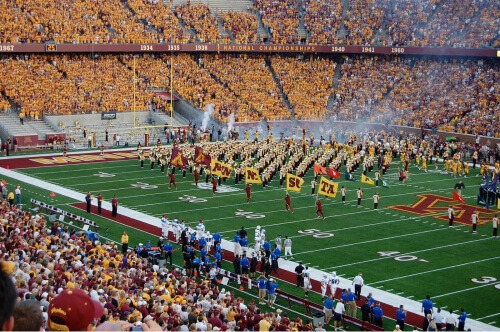 Between the third and fourth quarter everyone rises to their feet to ““Do the Gopher.” The Gopher energizes the crowd and gets everyone ready to cheer on the Gophers through the final quarter. 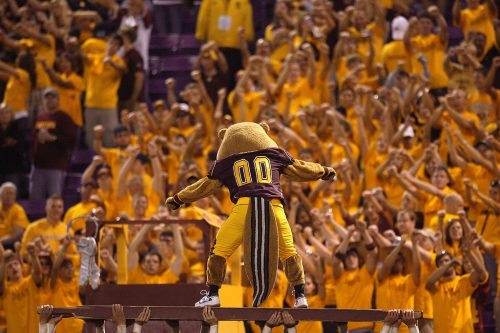 After every Gopher score Goldy does a pushup for every point the Gophers have scored as the fans count along. 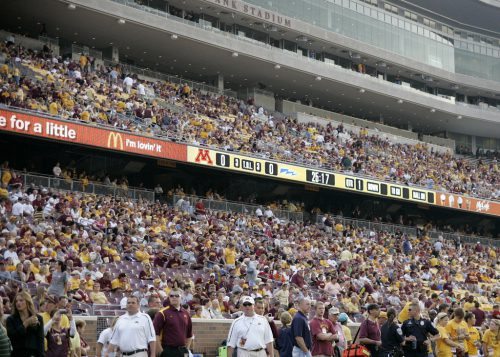 Battle Hymn of the Republic

The Battle Hymn of the Republic is a staple of the University of Minnesota pregame band show, which features its famous swinging gate formation. While the band performs everyone in the crowd swings their right hand back in forth to the tune of the song.

Check out the University of Wisconsin stadium guide!

Check out the University of Iowa stadium guide!

Check out the University of Nebraska stadium guide!