Home of the Ole Miss Rebels

The Ole Miss Rebels play at Vaught-Hemingway Stadium, which is one of the oldest stadiums in the country having opened in 1915. When the stadium opened, it was named for Judge William Hemingway, a professor of law and chairman of the university’s committee on athletics. On October 12, 1982, saw the addition of legendary Ole Miss coach Johnny Vaught’s name to the stadium. The stadium is a staple of the Ole Miss tradition and is dear to the Rebels’ hearts.

Inside Vaught-Hemingway Stadium you’ll find 62,657 Rowdy Rebel fans screaming and cheering as the Rebels take the field. The fans at Ole Miss come out loud and ready to cheer as they’re fully behind their team before they even take the field.. Rebel’s fans also won’t hesitate to boo opposing teams as they enter the field. However, it is all in good fun as Ole Miss fans are very hospitable to opposing fans.

There is no mistaking that Vaught-Hemingway is home to a SEC football program and a school where football is king as the intense pregame atmosphere carries on throughout the game. Students remain standing for the entire game on Saturdays, and positive plays are greeted with stadium-shaking celebrations.

One of the most famous celebrations is the Hotty Toddy celebration. It is a staple piece in Ole Miss history for over 100 years. When it first made its appearance, it became an instant classic. Beginning with the biggest question a Rebels fan could ask on game day, “Are you READY?”, Any Rebels fan within earshot knows what comes next. The gameday experience at Ole Miss is very inclusive and no matter who you are rooting for, you are bound to have a great time. 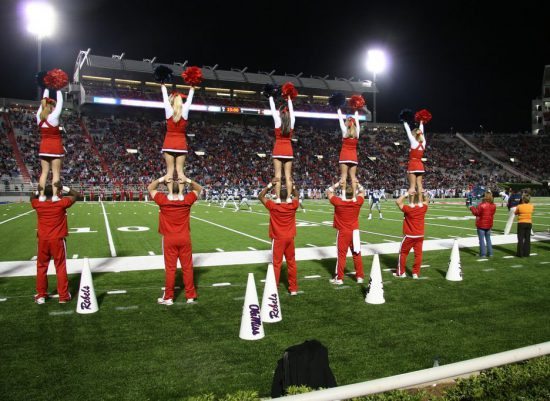 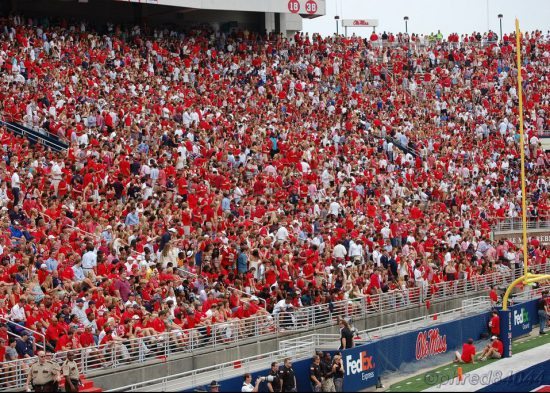 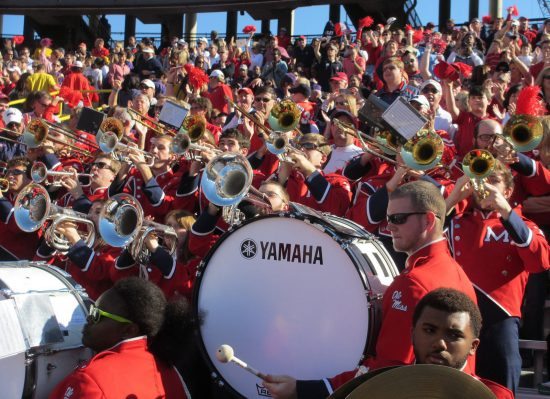 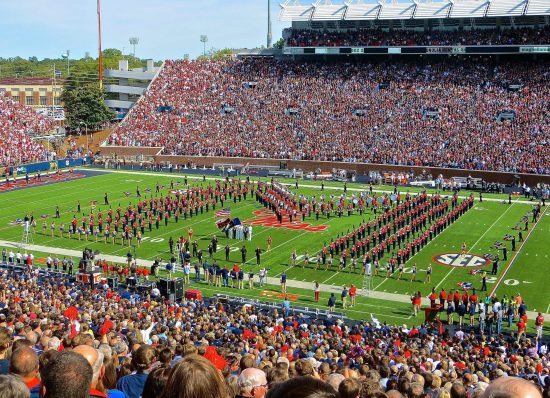 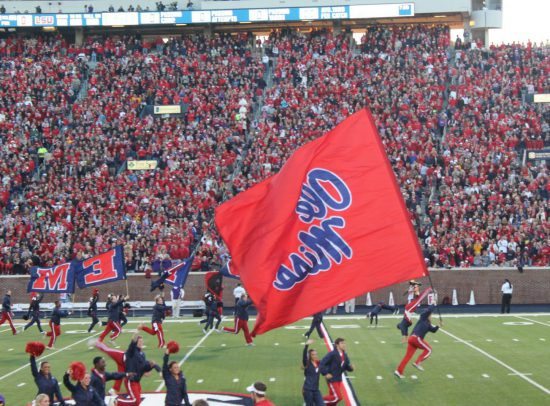 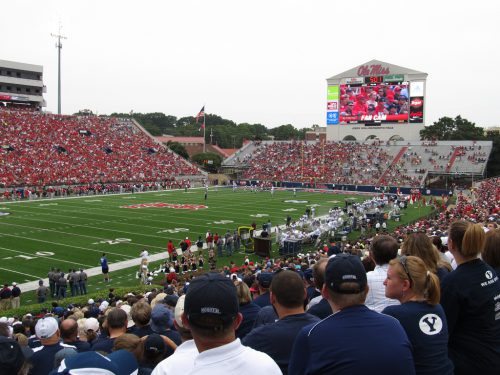 Vaught-Hemingway Stadium is home to the eighth largest scoreboard in the NCAA. This scoreboard stands at 48 feet by 84 feet and provides high definite replays that give fans a great picture of what happened on the field. 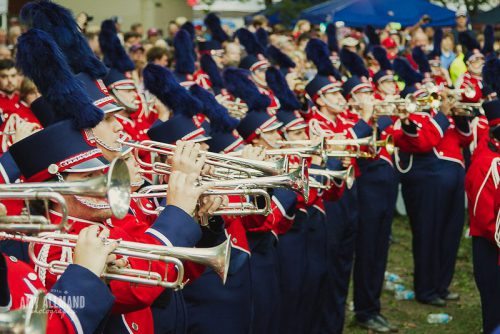 The Pride of the South

The Pride of the South Band at Ole Miss puts on a great game day performance that’ll make you not want to leave your seat during halftime. This 300+ member band gets the crowd pumped up at the most important parts of the game, so you’ll feel their presence when attending a game at Ole Miss. 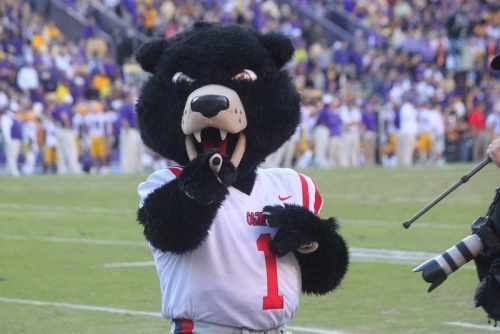 Rebel Black Bear was chosen as the new Ole Miss mascot in 2010. This giant anthropomorphic bear can be seen roaming the sidelines and cheering on the Rebels during games. Look for Rebel Black Bear to entertain fans with his in-game antics. 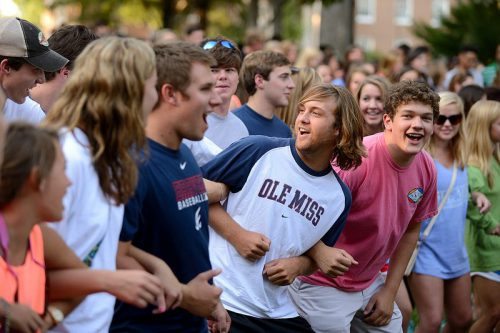