Home of the Nebraska Cornhuskers

Being called a huge sell out may not be a good thing unless you are talking about Nebraska football. The Cornhuskers are the biggest thing happening in the state, and it shows as people from each corner of the state head to Lincoln on Saturdays in the fall.  The Cornhuskers have the longest consecutive sellout streak in all of sports going all the way back to 1962. The stadium is a sea of red as the entire town puts on red shirts, pants, hats, paint; you name it for the Huskers on game day. Hurry on down to Lincoln for your chance to take part in this grand tradition that dates back generations.

The atmosphere in Memorial Stadium on game days is electric. The magic that is a Huskers football game starts off right before the team enters the field. The scoreboard shoots off fireworks and plays a video of the Huskers jumping out of a military cargo plane with a fighter escort into the stadium with a graphic showing on the plane’s computer, ground support = 85,000 referring to the fans.  The Huskers make a grand entrance to the stadium as just before they hit the field one side of the stadium chants HUSKER, and the other calls back POWER leading up to the team bursting out of the tunnel.  The team bursts out of the tunnel as Alan Parsons Project blasts through the pa speakers and just like the Chicago Bulls the starters are introduced too. If this doesn’t give you goosebumps check yourself for a pulse.

One of the most unique things about a Huskers game is after the game, win or lose, the fans stay in their seats and cheer the opponents off the field. It is a great sign of sportsmanship by the fans and legendary coaches like Bobby Bowden and Barry Switzer has even said they were stunned by it and had never seen anything like it before. The Huskers have some of the best and friendliest fans in the nation, so you’re sure to have a great time taking in a game at Memorial Stadium. 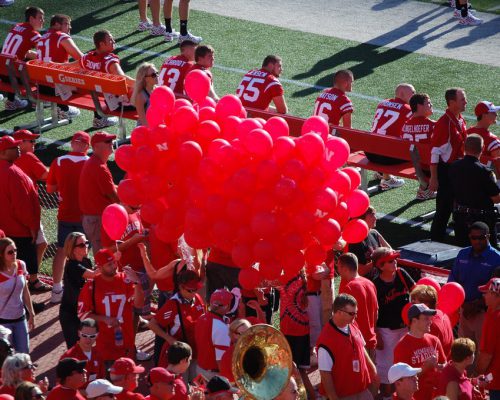 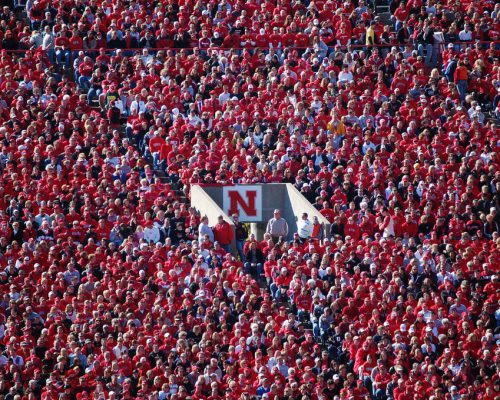 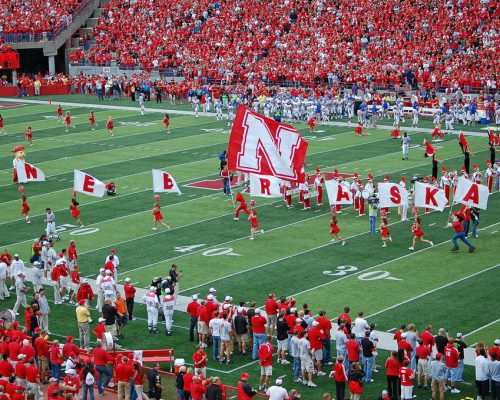 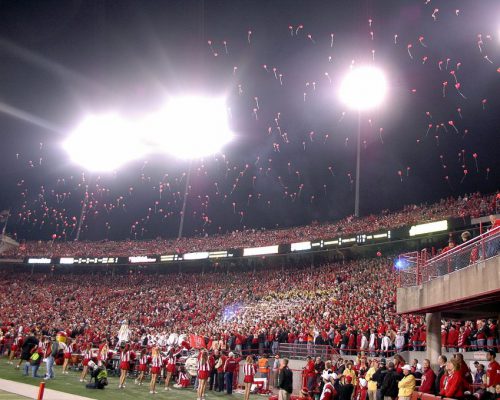 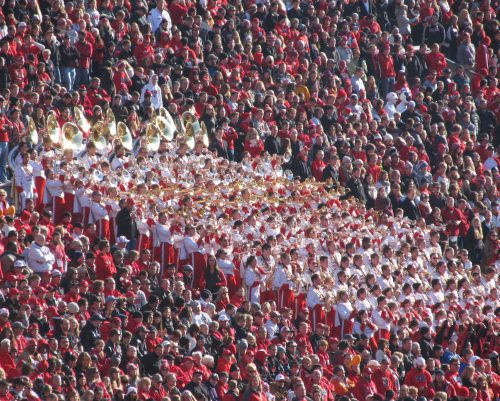 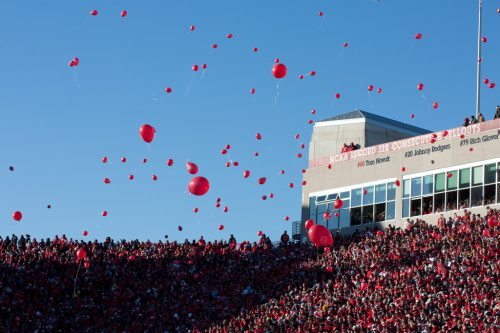 The balloon release tradition has been in place since the 1940s and is the only one of its kind in college football. After the Huskers score their first touchdown, thousands of red balloons are released into the sky by the fans inside Memorial Stadium so make sure to grabs your balloon outside the stadium before game time. 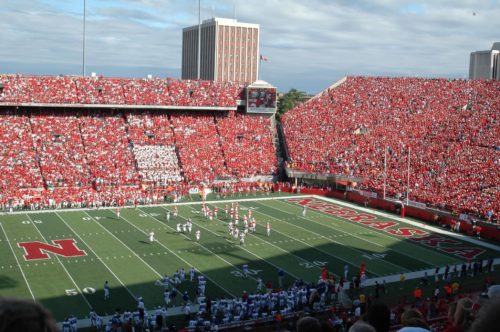 Four Corners of the Stadium

In each corner of the stadium, there is an inscription from former UNL professor of philosophy Hartley Burr Alexander
Southeast - “In commemoration of the men of Nebraska who served and fell in the Nations Wars.”
Southwest - “Not the victory but the action; Not the goal but the game; In the deed the glory.”
Northwest - “Courage; Generosity; Fairness; Honor; In these are the true awards of manly support.”
Northeast - “Their lives they held their country's trust; They kept its faith; They died its heroes.” 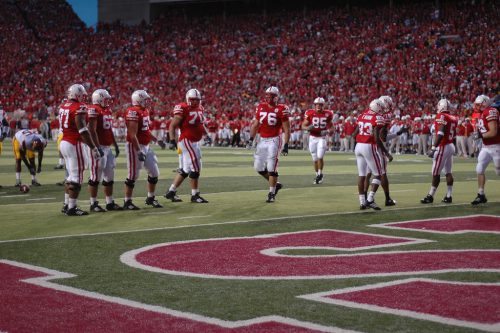 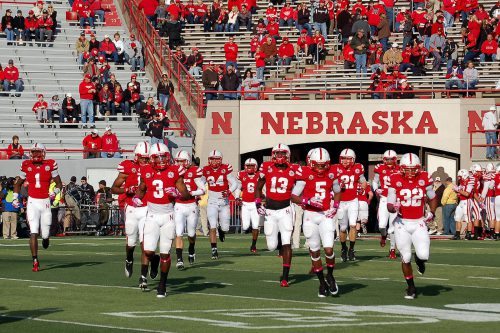 Since the 1994 season Nebraska home games have started with the Tunnel Walk. Before the team enters the field, the HuskerVision screen lights up with a video feed of Nebraska players walking from the locker room to the northwest gate at field level. Sirius by the Alan Parsons Project blasts through the speakers, amping up the crowd as the Husker team captains lead the pre-game prayer. Before the gates are opened and the Huskers greet the frenzied crowd, each player touches the horseshoe near the locker room for good luck.

Check out the University of Wisconsin stadium guide!

Check out the University of Iowa stadium guide!

Check out the University of Minnesota stadium guide!