Home of the Nebraska Cornhuskers

The area outside the stadium is a literal sea of red as the entire city of Lincoln wears red on game day; the fans/student section is even nicknamed “The Sea of Red.”  Unlike other teams and stadiums, there is always a “red out” and you’ll rarely see people in any other color.  When it comes to dress in and outside of the stadium anything with corn on it is always in play, including corn hats or taping some corn to your red clothes. Put on something red and tape on a piece of corn to it whatever you’re wearing if you want to fit in with Huskers fans when visiting Nebraska.

As one of only eleven football programs in NCAA Division I history to win 800 or more games, Cornhusker nation has a lot to celebrate on game days. Nebraska has an impressive history regarding a successful football team and program, making the atmosphere on game days exciting, enthusiastic, and a whole lot of fun regardless of who they’re playing. Fans here come out in droves to support their Huskers, and you’ll find that game days in Lincoln are all day parties that everyone is welcome to. No matter what team you cheer for Huskers fans are very friendly, so you’ll make friends quickly particularly if you have a good tailgate spread. 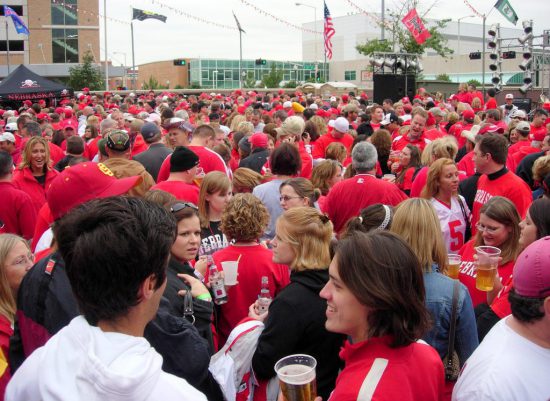 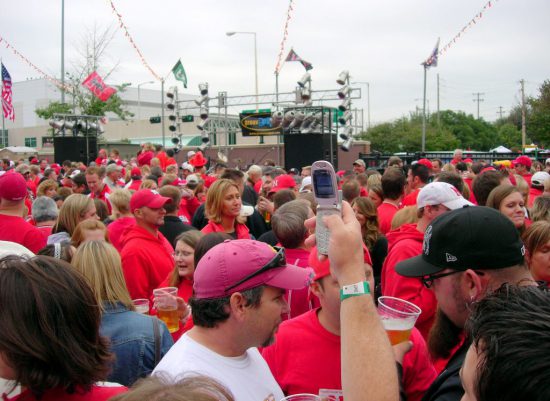 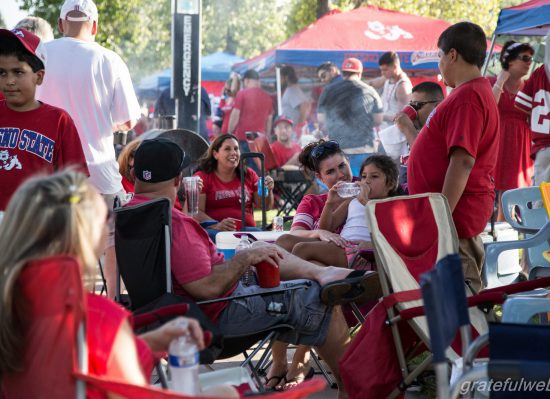 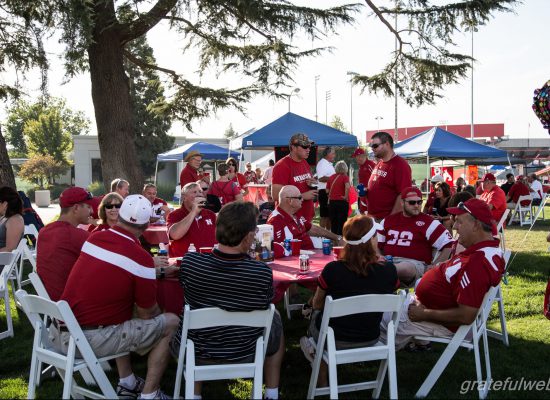 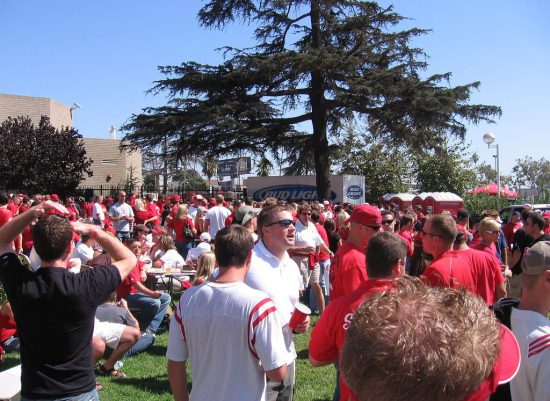 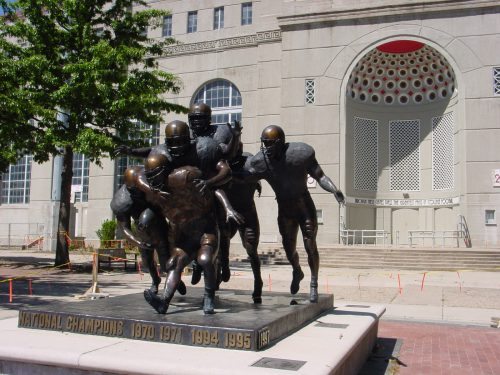 The Husker Legacy statue was erected in 1997 is modeled after a picture taken during the 1995 Nebraska-Kansas State game. The figure depicts six Husker defensive players tackling a Kansas State player and represents the sense of pride Husker fans feel for their team.

A great tradition to check out during your visit to Nebraska is the Unity Walk. The walk takes place approximately two hours and forty-five minutes before kick-off on the east side of Memorial Stadium. During the walk, Nebraska players and coaches get off the bus near the Husker Legacy statue and walk down the sidewalk between the stadium and the Husker Nation Pavilion to the throngs of cheerleaders, fans, and Herbie Husker and Lil’ Red all cheering them on. The Unity Walk is a Nebraska tailgating must that will give you a chance to show the players and coaches how much you love Nebraska football. 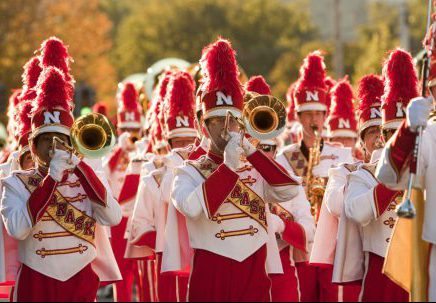 Band Practice at the Library Before Game 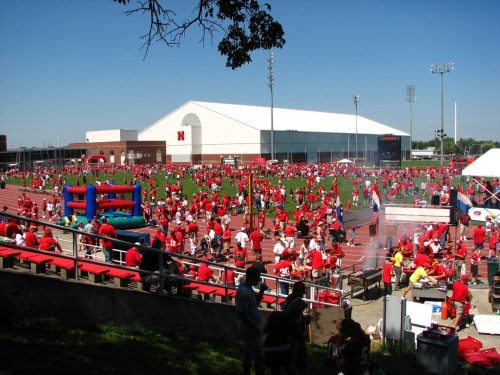 Located on the grass turf practice field just outside the stadium, the Husker Nation Pavillion opens three hours before kickoff and is free for anyone to attend. This tailgating area is very family friendly and includes activities such as autograph signings, inflatables, and games. There is also a video board showcasing games across the country, as well as the IMG College Husker Sports Network pre-game radio broadcast. 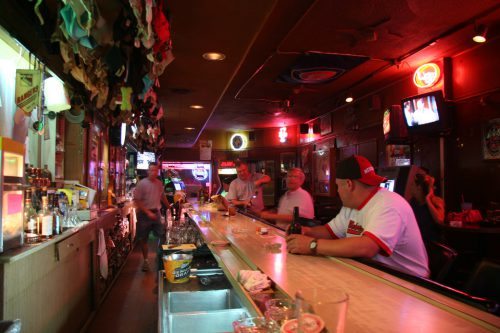 Known for the best wings in town, this bar is a favorite for out of the city fans and locals alike. The place can get somewhat rowdy on game day so don’t be shy about having a great time with other Husker fans

Check out the University of Wisconsin tailgating guide!

Check out the University of Iowa tailgating guide!

Check out the University of Minnesota tailgating guide!