Home of the Ohio Bobcats

Peden Stadium provides an intimate and historic atmosphere, which has caused it to be viewed by many as the “Wrigley Field” of college football. You’ll find that the atmosphere at Peden Stadium is so intimate that if you’re sitting in the first few rows, you’ll even be able to hear the communication between players and coaches on the sidelines.

It’s not just the intimate atmosphere that makes attending a Bobcats game a special event. Ohio is known as one of the top party schools in the nation, and this fuels the crowd before, during, and after the game. The students start pregaming early in the morning before heading out to the game and bringing enthusiasm with them in bundles.

The fans and students at Ohio engage in a variety of chants with the most commonly heard being the OU-OHHH YEAHHH chant. You can hear this chant before the game, after significant offensive plays, and after the fight song when the Bobcats score meaning you’ll pick it up quickly so you can take part in the fun. If you want to fit in with the rest of the crowd make sure to wear green since you’ll find fans are decked from head to toe in green and white for game day, it almost looks like a St. Patrick’s day celebration. 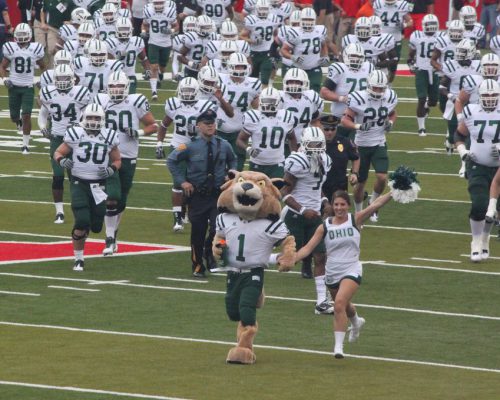 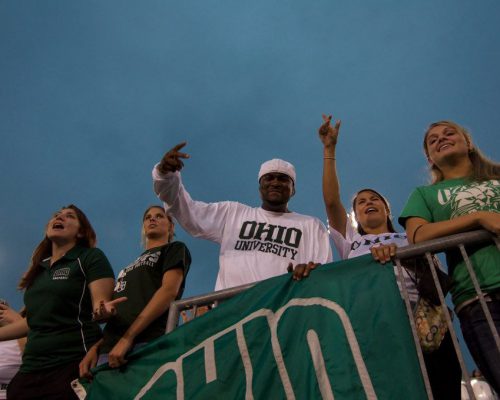 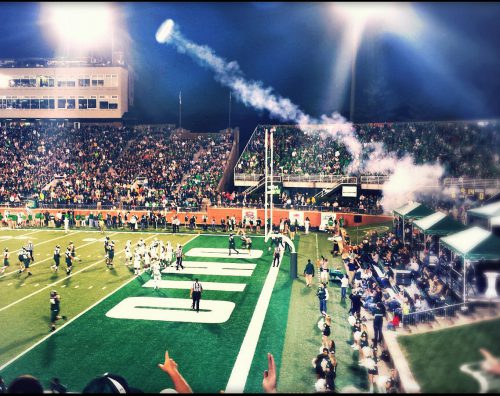 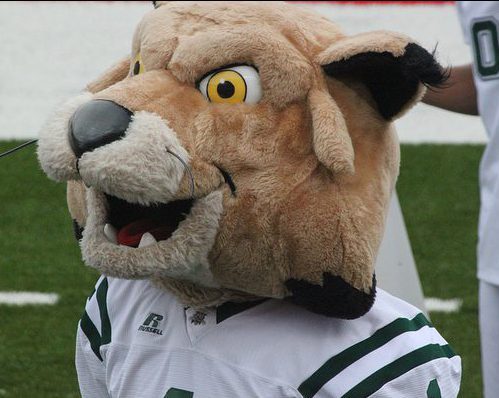 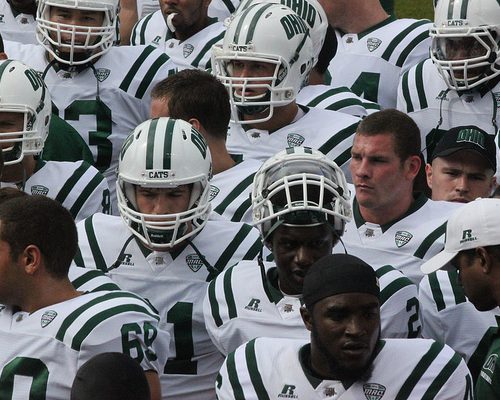 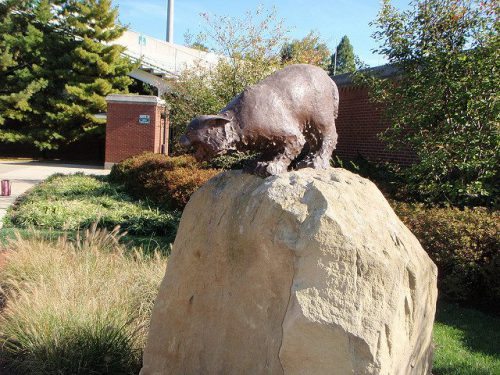 At the North Entrance of the Stadium is a life-size bronze statue of an actual Ohio Bobcat. It’s an Ohio tradition to gently rub this statute to bring the team good luck when you walk past. Make sure to stop by the statue and rub its paw to give the Bobcats some extra luck before the game. 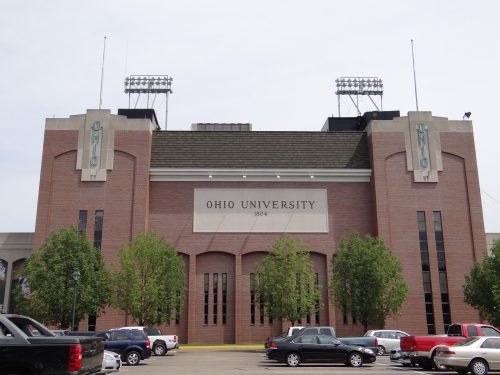 Peden Tower is home to all of the Ohio University football operations, so if you get the chance make sure to take a peek to see where all the magic happens behind the scenes at an Ohio Bobcats football game. 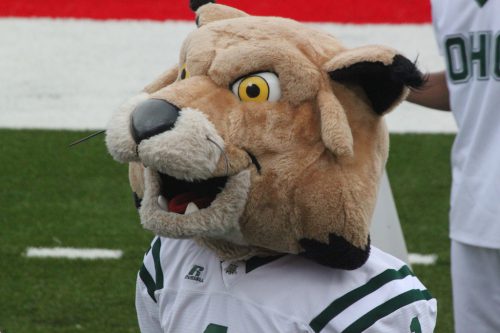 The fierce mascot roams the sideline during games looking to rile up the fans and inspire school spirit. Rufus works hard to keep the crowd pumped up and entertained on game days, so keep your eyes peeled for him during stoppages in play or when you need an extra boost in cheering on the Bobcats. 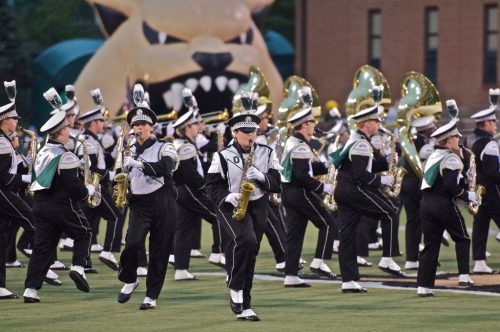 The Marching 110 are a key feature of every Ohio game day that you won’t want to miss. The band starts early in the morning at the tailgate leading the fans to the stadium and continues pound on the drums and blast the horns throughout the game. The band plays loud and proud for every Bobcat first down and before opponents third downs, as the fans rise to intimidate the opposing offense. 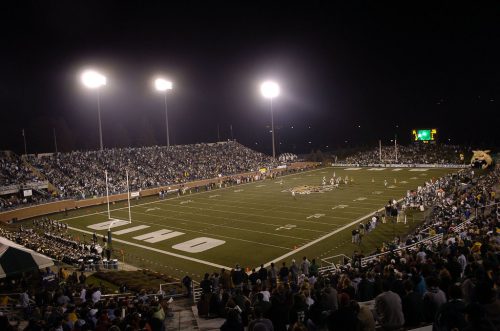 The open hill on the south end of the stadium is home to the Ohio student section and is among the best in the MAC. The students form a sea of green in the stand and are among the noisiest student sections in the conference drawing many opponent offsides.