Home of the South Alabama Jaguars

South Alabama is one of the newest college football programs in the nation, which means that you have the chance to be a part of the fanbase from the very beginning. Not only will you get to take part in the traditions surrounding the team, but you’ll also be the one creating them. South Alabama Jaguar football is going to be something special and here is your opportunity to get in at the ground level.

Historic Ladd-Peebles Stadium first opened in 1948 and had been the crown jewel of Mobile athletic facilities ever since. Ladd-Peebles Stadium is greatly entwined in the fabric of college football history having hosted Paul “Bear” Bryant’s first game as Alabama head coach, a 14 all tie between the Crimson Tide and Vanderbilt Commodores in 1948. Many of the greatest players in both professional and college football history have played here as the stadium has been the home to the senior bowl since 1951. Most recently Ladd-Peebles has added the honor of being home to the GoDaddy.com Bowl, which it has hosted since 1999. 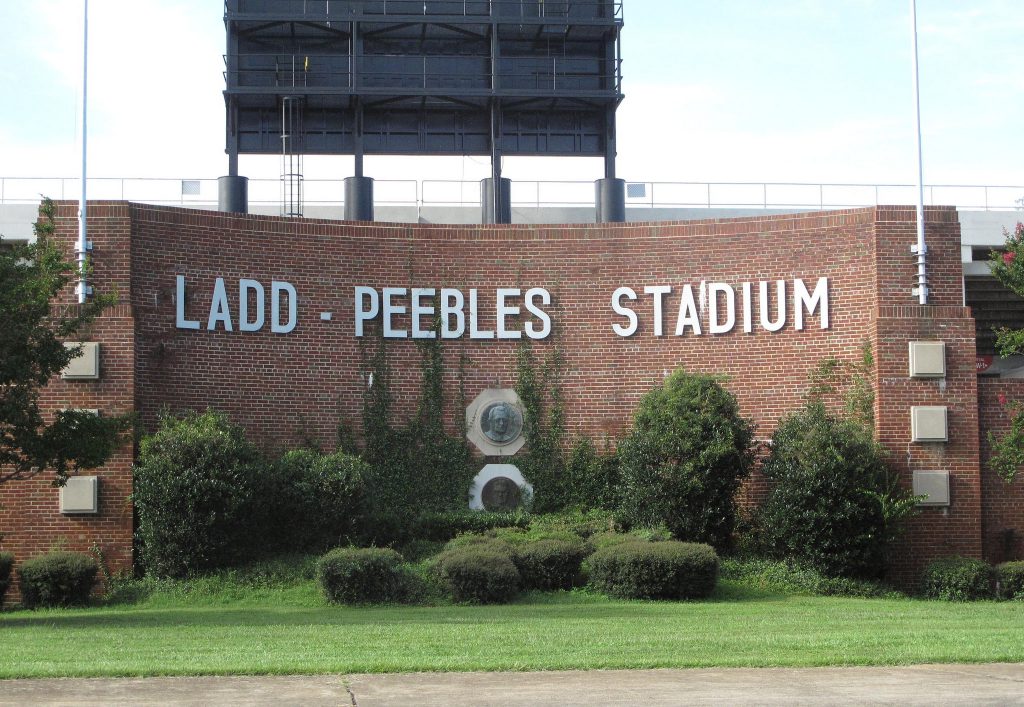 The South Alabama Marching Band puts on a one of a kind halftime show you won’t want to miss. The band is a big part of the pageantry at a USA football game, so don’t leave your seat as you wouldn’t want to miss this incredible band. 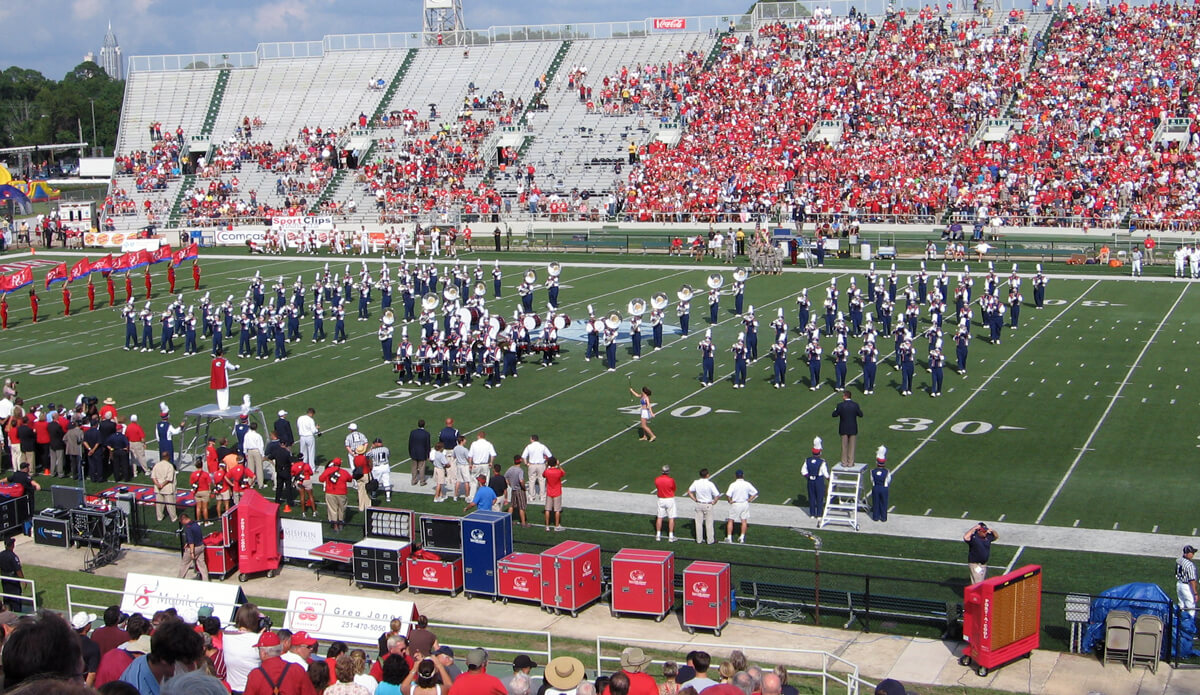 The Jaguar Prowl is a chance for fans to interact with the players and coaches before the game, here at USA fans are encouraged to line up along the sidewalks and cheer on the Jaguars as they enter the stadium. The Prowl begins in the southeast corner of the stadium between the USA Alumni and Merchandise Tents and follows the South end of the stadium all the way to the southwest corner where the team enters the locker room at Gate 3W. The Jaguar Prowl takes place approximately 2 hours and 20 minutes before kickoff. 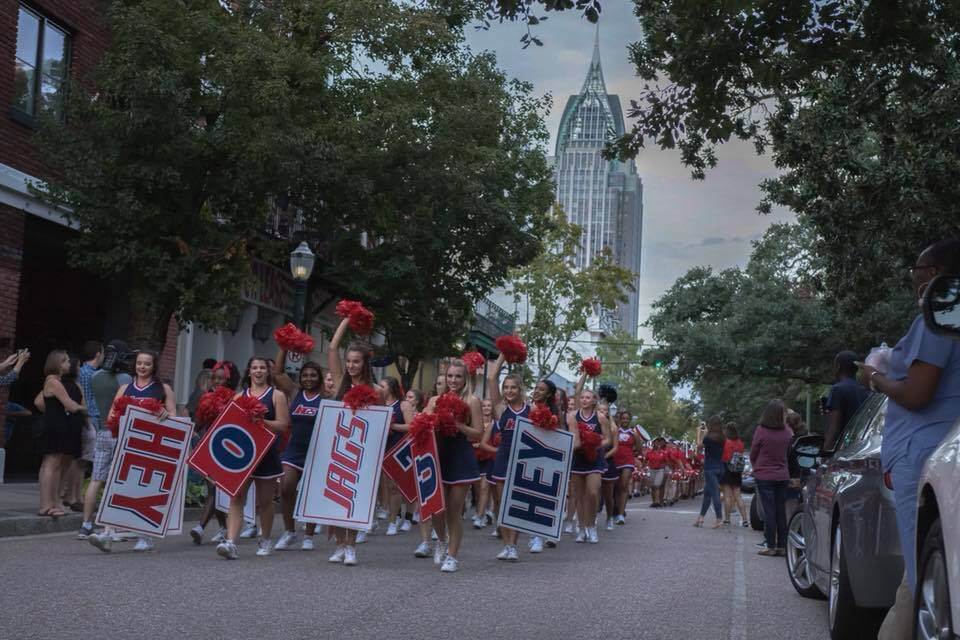 Every season one senior is selected to wear the number 5 jersey in honor of former running back Anthony Mostella. The honor was created by head coach Joey Jones as a way to pay tribute to the late Mostella who was a popular player known for his good work ethic and leadership. 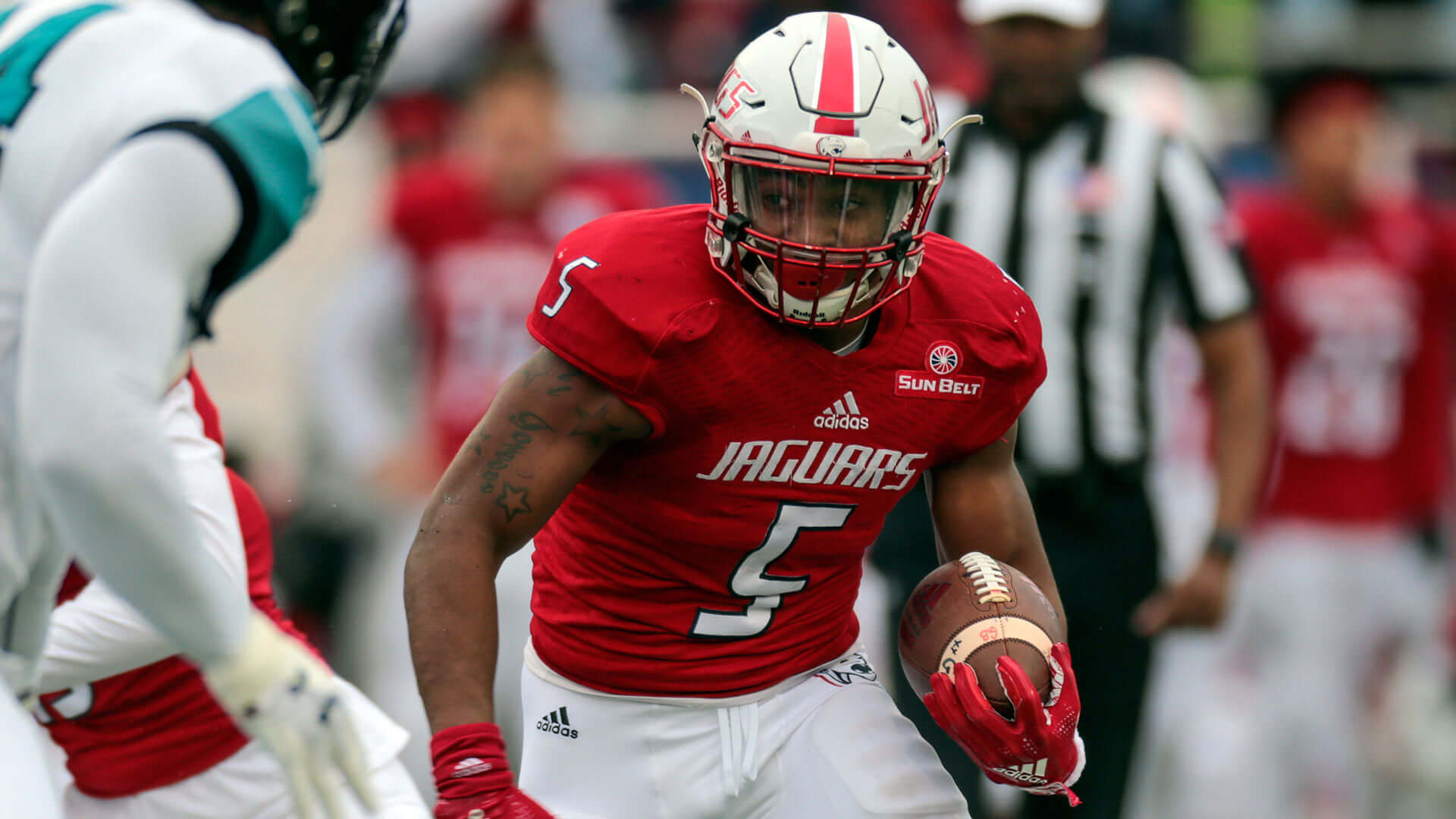 The two schools have met every season since South Alabama’s inaugural season of 2012, which the Louisiana- Lafayette won 52-30. Things have looked up in the rivalry though since then for the Jaguars who have split the last two meetings between the schools. 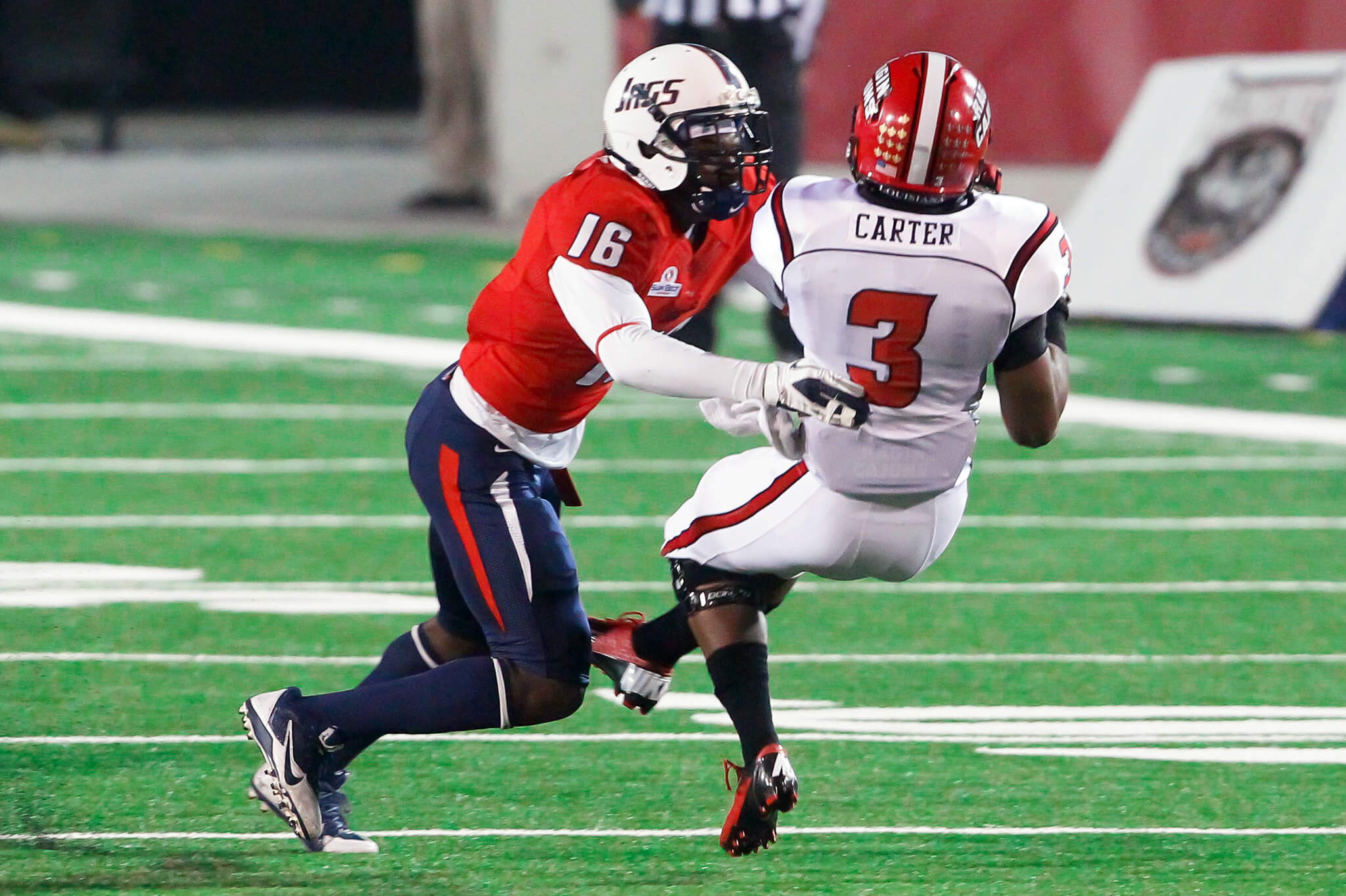 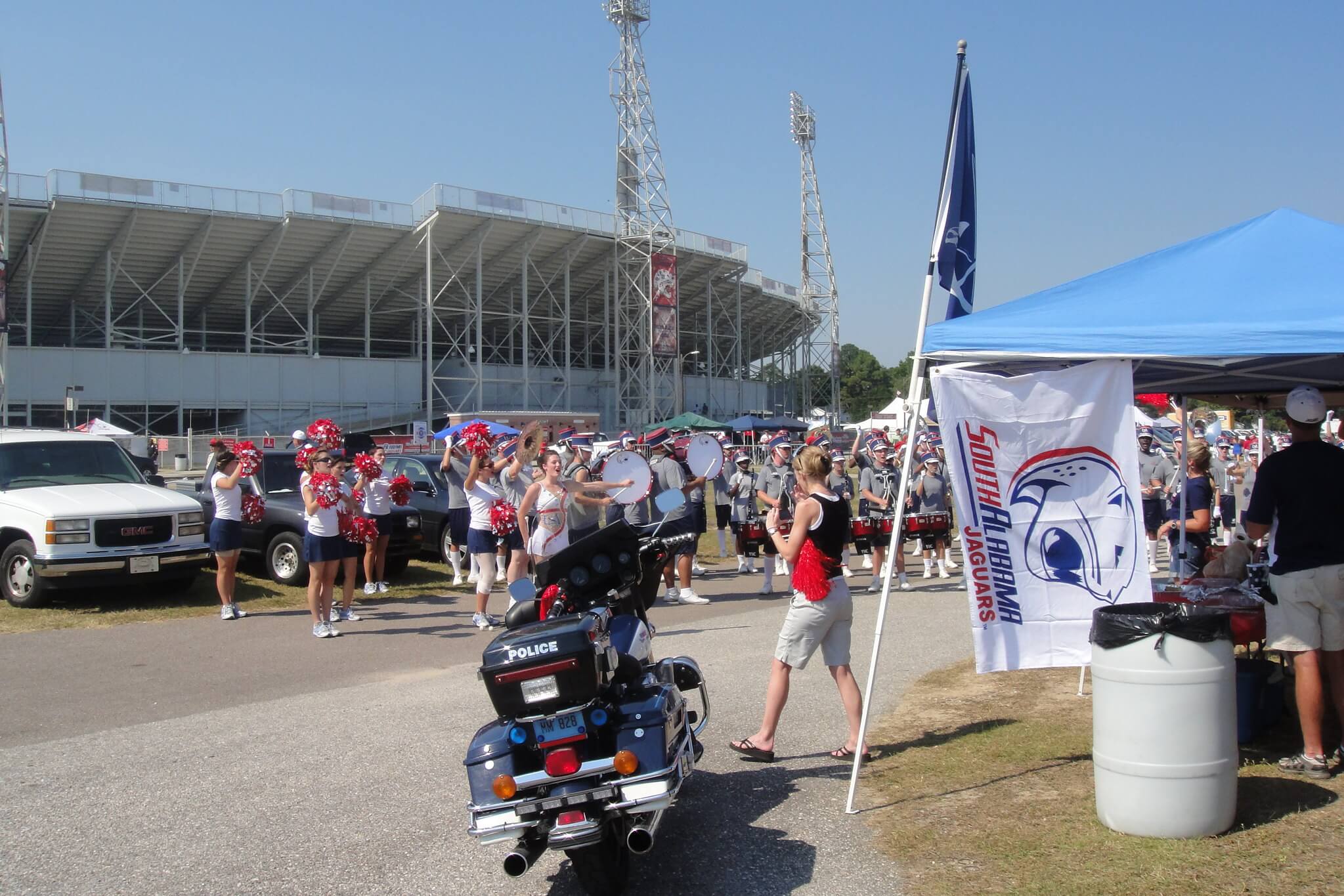 Keep your eyes open for the Jaguars mascot when attending a USA football game. He does an admirable job of entertaining the crowd throughout the game, so don’t miss during your trip to Mobile.

Despite the football program only being a few years old the Jaguars have already established a pretty fierce rivalry with the Troy University Trojans. The two teams first met in 2012, which the Trojans won 31-10. The Jaguars trail the all-time series 2-1, but hope to even things up this upcoming season. 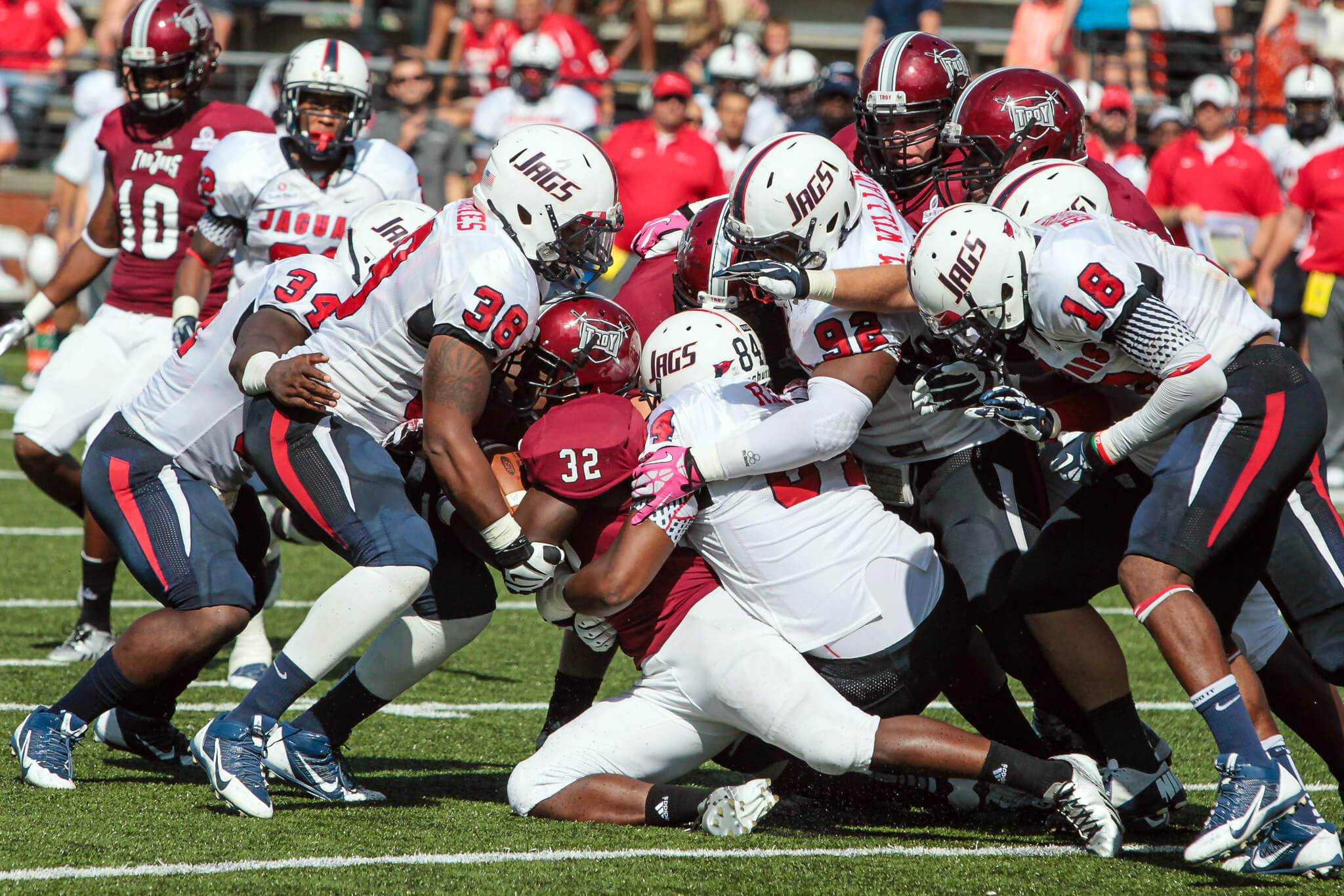 A South Alabama football games make for a great Saturday family outing since the friendly and welcoming atmosphere creates a great community feeling. If you show up wearing Jaguars gear you’ll be sure to make friends quick, don’t forget to bring a grill and your favorite tailgate foods.