Home of the USC Trojans

The atmosphere at a USC football game combines rabid fandom from the local die-hards and students with the weather and attitudes of an LA beach party. LA didn’t have an NFL team for over 20 years, and because of that, the local USC faithful claim that their team is LA’s true football team, to the disagreement of their rival UCLA Bruins. Due to the Trojans huge success under Pete Carroll from 2000-2009, their fan base grew to record heights, and that legacy has made a mark on a national level. While USC has had a few down years recently, their fans are still some of the most dedicated fans and still generate more of a buzz than UCLA. Get ready for unforgettable Southern California weather with some of the most dedicated fans in the country.

You’ll also get to take part in some of the best traditions in all of college football when attending a USC game. You’ll see Traveler perform in person as well as be able to join in on the singing of USC’s fight song, “Fight On!” The fans here brim with passion and tradition making attending a USC game a once in a lifetime experience that should be on any football fan’s bucket list.

It’s not just the fans that make going to a USC game an incredible experience that you wouldn’t want to miss out on. The stadium itself is one of the most historic stadiums in the country being one of the few if not only stadiums to have hosted the Super Bowl, the World Series, and the Olympics. The place is chalked full of history for you to check out when you make your visit. You’ll see plenty of artifacts and tributes to the great athletes that have competed at the stadium whether for on the gridiron for USC, on the diamond, or in the Olympics. The rabid fans along with the history of Los Angeles Memorial Coliseum make a USC game a can’t miss the experience that you’ll be talking to your friends about for years to come. 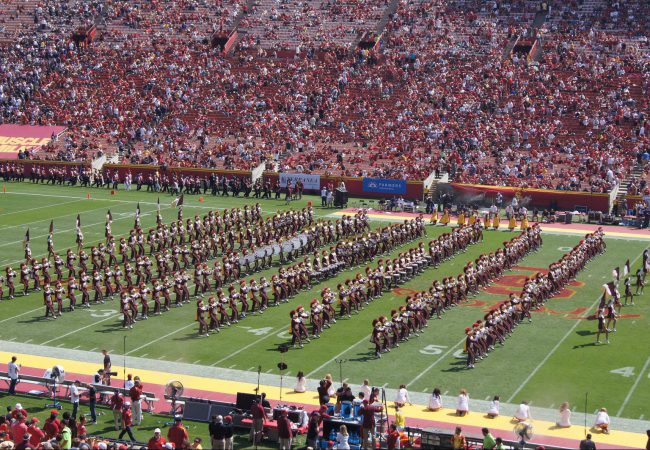 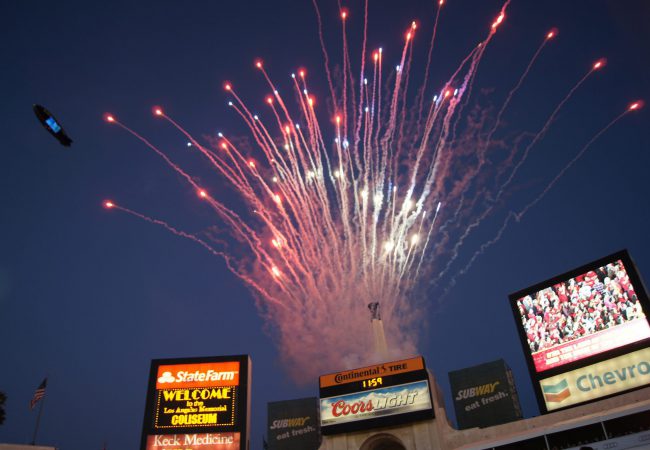 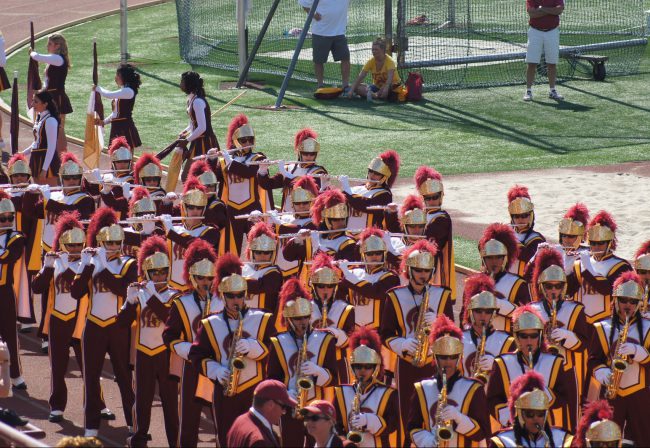 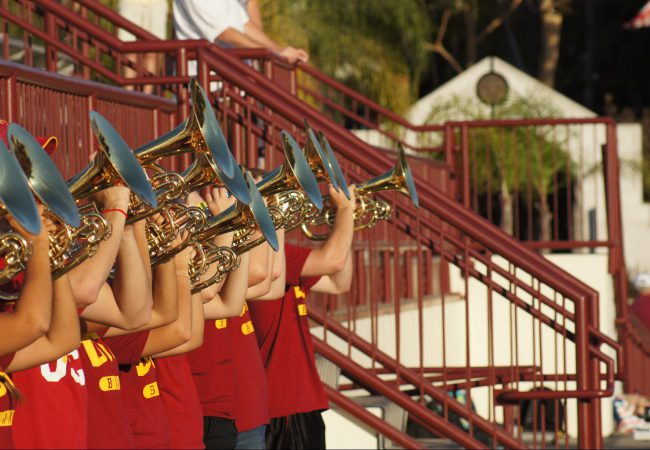 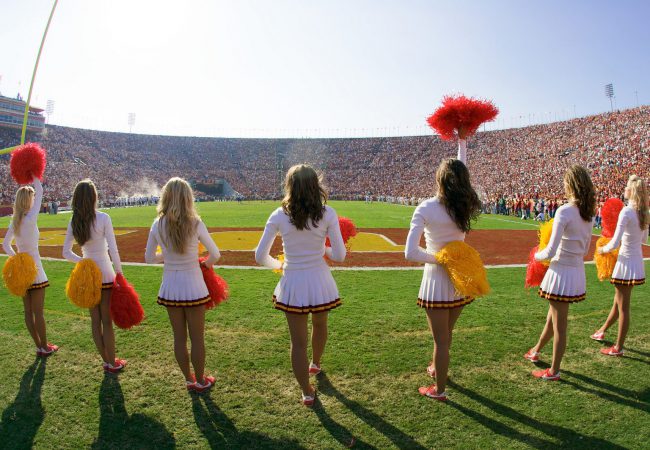 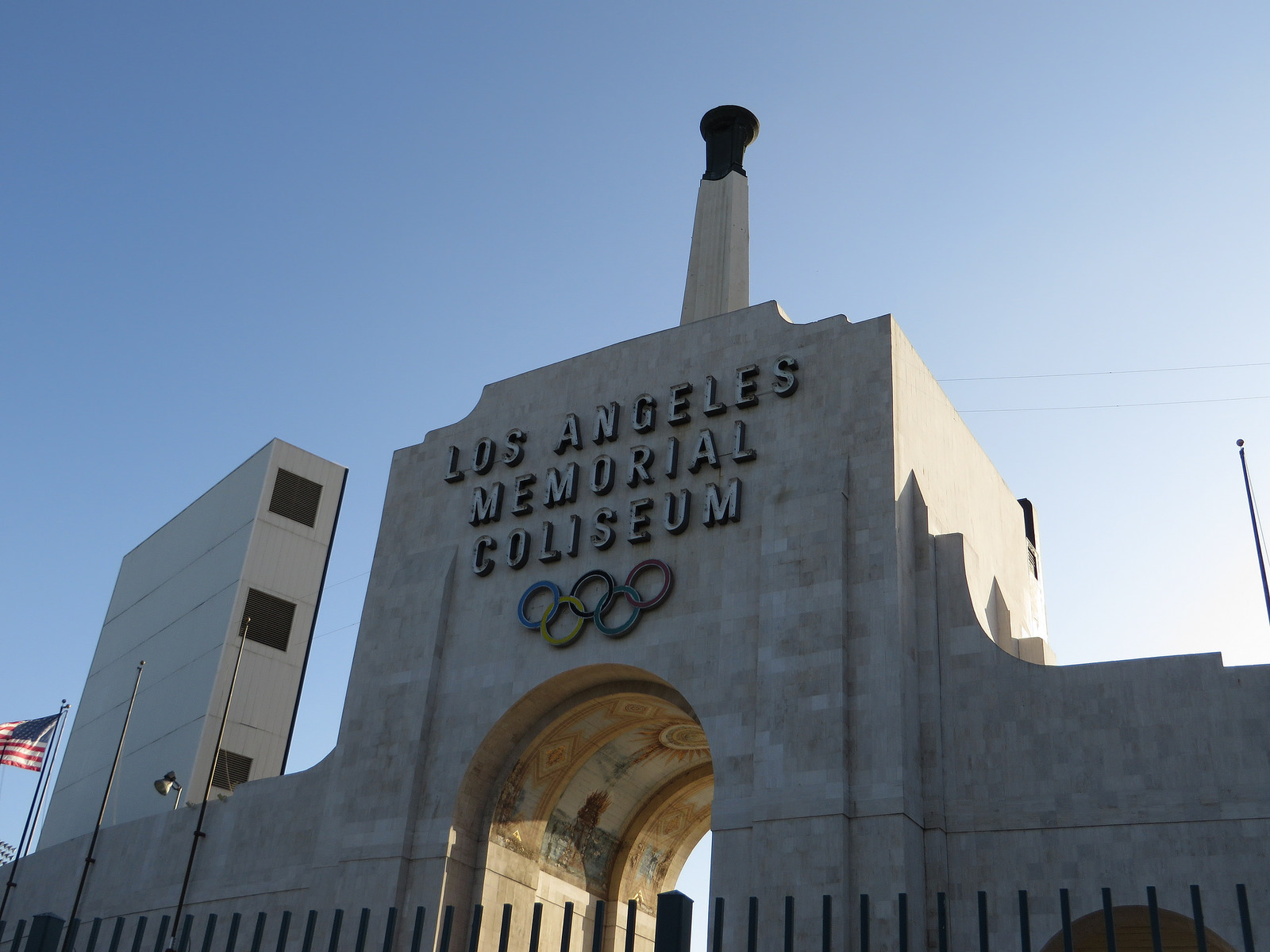 Also known as the Olympic Torch, it was built for the Coliseum when it hosted the Olympics in 1932 and 1984. It still stands today and is lit during the fourth quarter of USC football games and other special occasions. 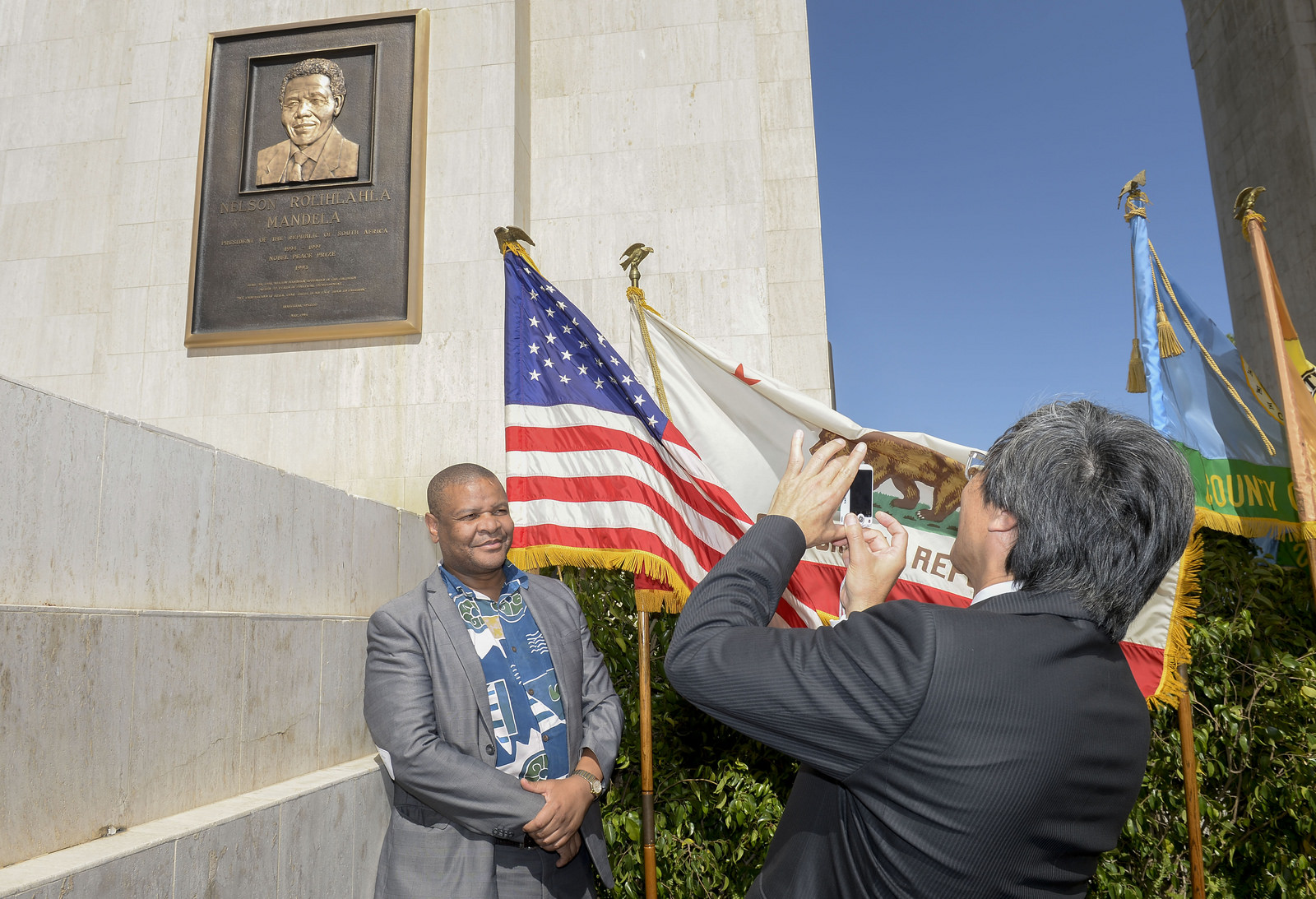 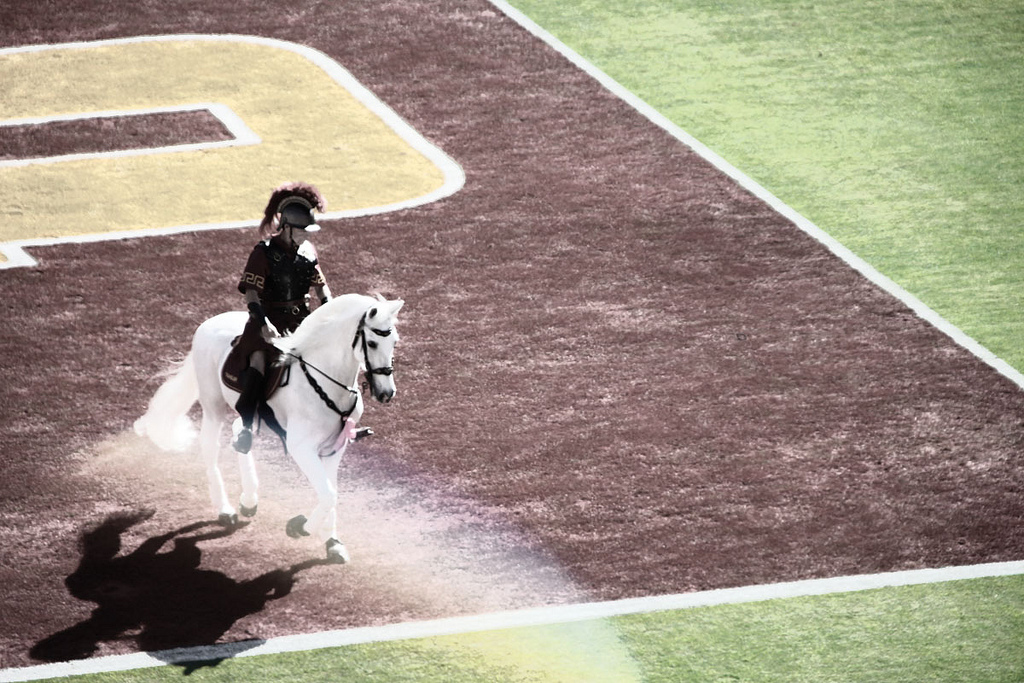 Traveler is the name of the regal white horse that Tommy the Trojan will ride around during games. At the beginning of the game he and the Trojan come out to Conquest with the marching band. Traveler first made an appearance in 1961 and the current mascot is Traveler VII. 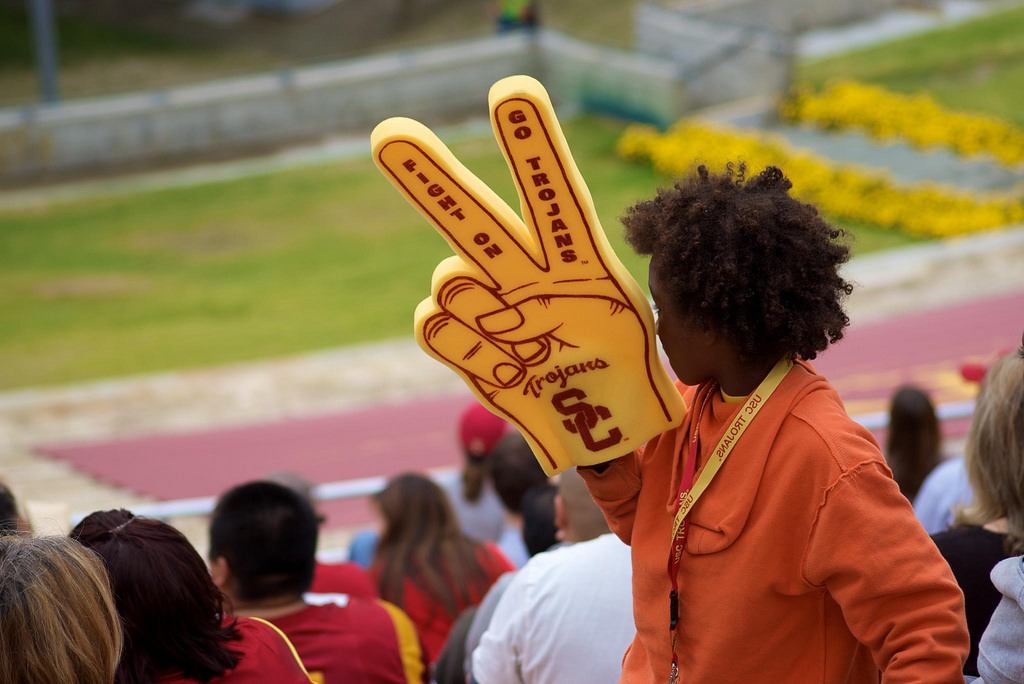 The two-fingered salute created with the extended index and middle fingers is often displayed by Trojan fans to symbolize victory, but it has a much deeper historical significance. When ancient Trojans would defeat an opponent, they would cut the first two fingers of an enemy’s right hand so they couldn’t hold a sword. Then, to mock them, the Trojans would hold up their still-attached two fingers. Show off your Trojan pride by displaying this victory symbol as you cheer on USC.

Check out the University of Colorado – Boulder stadium guide!

Check out the University of Utah stadium guide!

Check out the University of California Los Angeles stadium guide!