Home of the Tennessee Volunteers

Tennessee provides one of the most unique game day experiences filled with spirited chants, boats, great food, excellent company, and a whole lot of whiskey. A typical Volunteers tailgate starts about three and a half hours before kickoff, which will give you plenty of time to set up, get the drinks cold, and get the grills nice and hot!

One of Tennessee’s coolest traditions is the Vol Navy, which is located along the Tennessee River. It is one of the greatest tailgate spots in all of college football and something every college football fan should experience at least once. Here you’ll find about 200 boats posted up along the river decked out orange and white. Unlike other schools where tailgating takes place in large parking lots or grassy areas, Tennessee tailgates on boats! Each boat has their fair share of different food and atmosphere, but they all love the Tennessee Volunteers.

The drink of choice here in Tennessee is whiskey. If you’re new to the Tennessee tailgating scene, just bring some fine whiskey, and you’ll be welcomed with open arms. Volunteers fans don’t just drink any whiskey, though; they only drink Tennessee whiskey so come prepared!

Another favorite tradition in Knoxville is the Salute to the Hill. Before every home game, Tennessee’s Pride of the Southland Marching Band marches to the stadium, playing “Rocky Top” on their way. One of the greatest features of the March is the ability to hear each section playing its unique part as it passes by. The best part of the march is the band’s “Salute to the Hill.” As the band nears the stadium, it stops at “The Hill,” the oldest section of the campus which the university “grew around,” right next to Neyland Stadium, to pay homage to the history and tradition of the university.

You’ll also want to check out the Vol Walk, which is one of the latest and most well-loved Tennessee pregame traditions. This tradition began in 1990 when the Vols began walking down what was then known as Yale Ave., amidst a chorus of fans, toward Neyland Stadium. In 2010, Derek Dooley modified the route so the team could pay homage to the Torchbearer statue, a tradition, and symbol of the Tennessee Volunteer spirit. Make sure to here at least two hours early to witness this excellent pregame event.

Relaxing by the water, ice cold whiskey in hand, good company, and Volunteer spirit are what make the Tennessee tailgate one to remember. 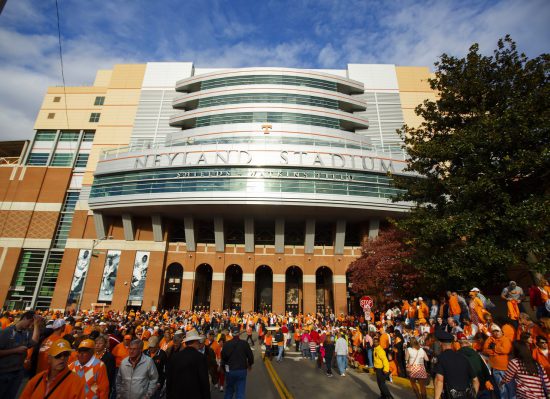 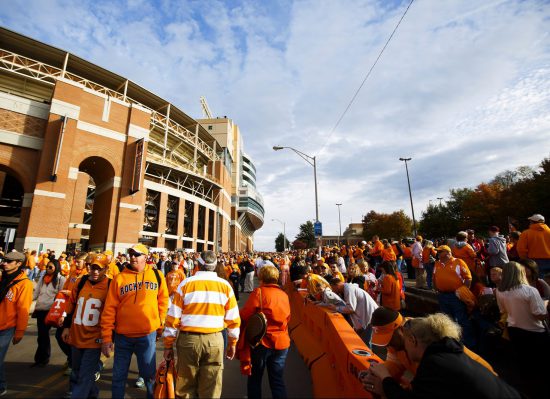 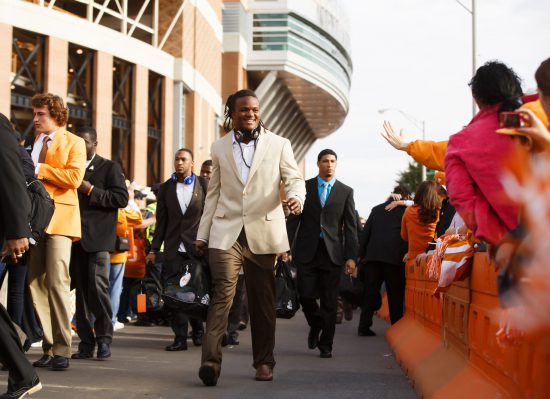 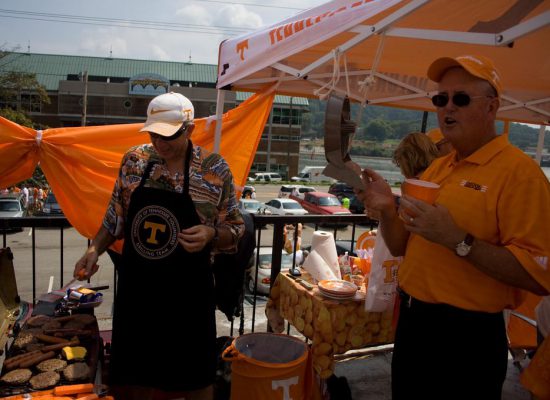 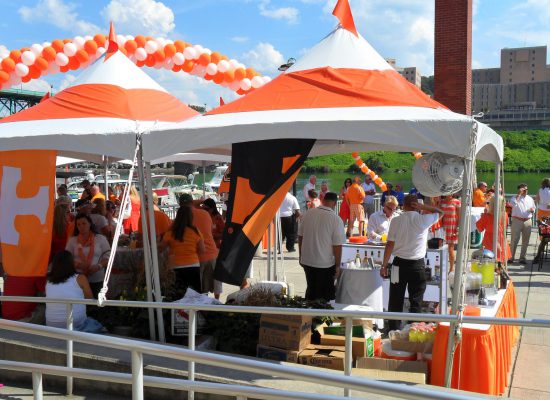 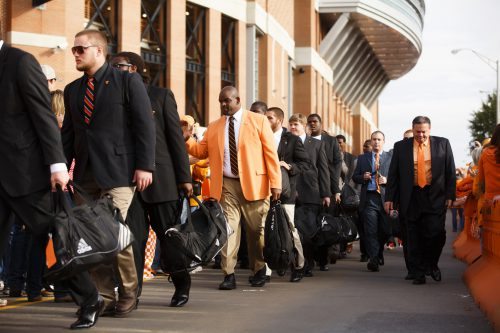 Along the Tennessee River, about 200 boats are posted up on food and drinks, and they are asking for people to join them because of the more Volunteers, the better. This tradition of tailgating on boats started when Tennessee broadcaster, George Mooney, chose to take his boat to the stadium rather than deal with the road traffic around Neyland Stadium. Since then, it has become a staple of Tennessee tailgating. 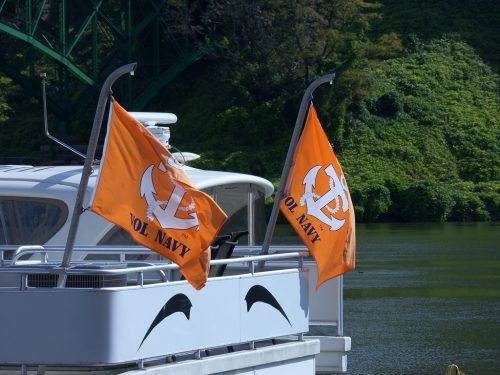 The Vol Walk tradition dates back to 1990 and is an outstanding way to show off your Vols pride before the game. Arrive at two hours before the game at Volunteer Village to witness this hair raising game day tradition. 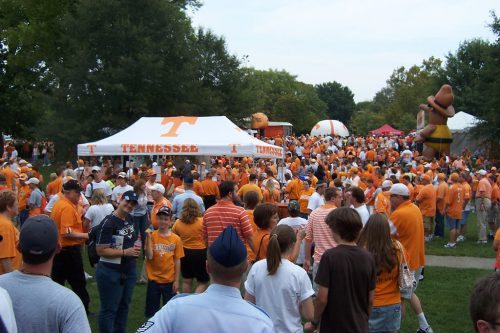 For those bringing the family, head to the Volunteer Village on the west side of the stadium. It is open three and one-half hours before all home football games; Volunteer Village offers a plenty of pre-game festivities for fans of all ages including interactive inflatable games, live bands and WIVK’s Sportstalk “Game Day All Day.” You’ll also get the chance to interact with a variety of Tennessee athletes and pep squad members at Volunteer Village. Athletes from other Vols teams sign autographs, while the mascots Smokey and Jr. Smokey, as well as the cheerleaders and dance team, make guest appearances. It is an unforgettable game day experience, and it will also serve as a prime location to watch the Volunteers make their journey to Neyland Stadium during the Vol Walk.

Check out the University of Florida tailgating guide!