Home of the Utah Utes

Every third down the MUSS initiate what’s known as the Third Down Jump, where the student section jumps up and down on the opposition’s third down. The student section is so successful that they even keep a running tally of how many false starts their jumps have caused.

Not many stadiums can boast that they held the opening and closing ceremonies for the Olympic games, and RES still has the cauldron to prove it. The large, spiraling structure is at the sound end of the stadium and is a unique feature to view up close.

The Holy War is the name given to the rivalry between the  BYU Cougars and Utah Utes. The rivalry between the two universities stems from the stark contrast between the cultures of these two Utahbased institutions. BYU is a private religious institution while Utah is a public state school. The two schools have been playing since 1896 and the winner of the annual contests walk away with the Beehive Boot. The Utes lead the all-time series 57-34-4 and will look to expand the gap this season.

Every game the team is led by the marching band from 500 South and Guardsman Way to the stadium. During the Ute Walk the team and staff are cheered on by fans, while the spirit team throws t-shirts to the crowd of fans. Get to the game early so you can witness this great tradition.

A large, block letter U is located in the foothills near the stadium and is the official symbol of the University of Utah. Besides being a cool feature to look at during the day, the Block U lights up after a Ute victory. Look for the U to be lit up after attending a Utes game. 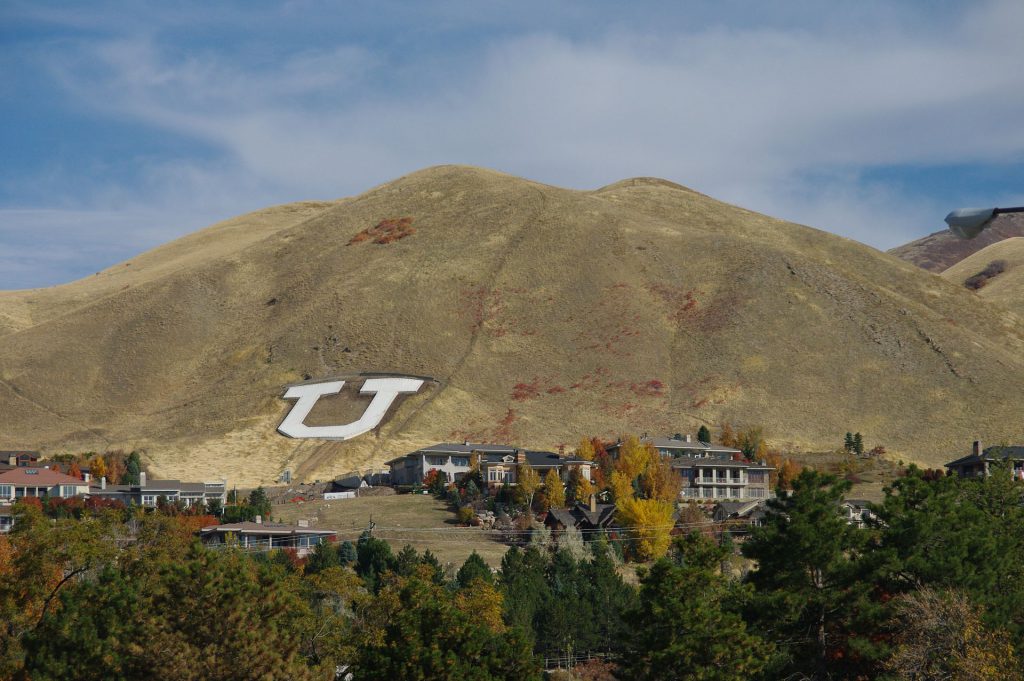 While many student sections in college football stand for the duration of the game and cheer loudly, The Muss is truly special in its traditions. The MUSS gets its name from school’s fight song and has been named one of the top five student sections in all of college football. There is no better place to sit then in the MUSS if you really want to show off your Utes pride.

The University of Utah’s Army ROTC operates a canon on the sidelines, which fires a 10-gauge shotgun blank when Utah scores. Called the Ute Thunder, it was built in 1904 and was used during training for World War I. Look and listen for Ute Thunder as the Utah runs up the score on the opposition.

The band plays the Blues Brothers theme song before halftime of each home game, a tradition that started when an elderly fan known as Bubbles danced enthusiastically to the song when the band first played it. It energized the crowd so much that it became a tradition. Crazy Lady (actually named Terri Jackson) took over after Bubbles retired, and the tradition moved from before the fourth quarter to its current time before halftime. Watch as Crazy Lady energizes the crowd with her wild dancing. 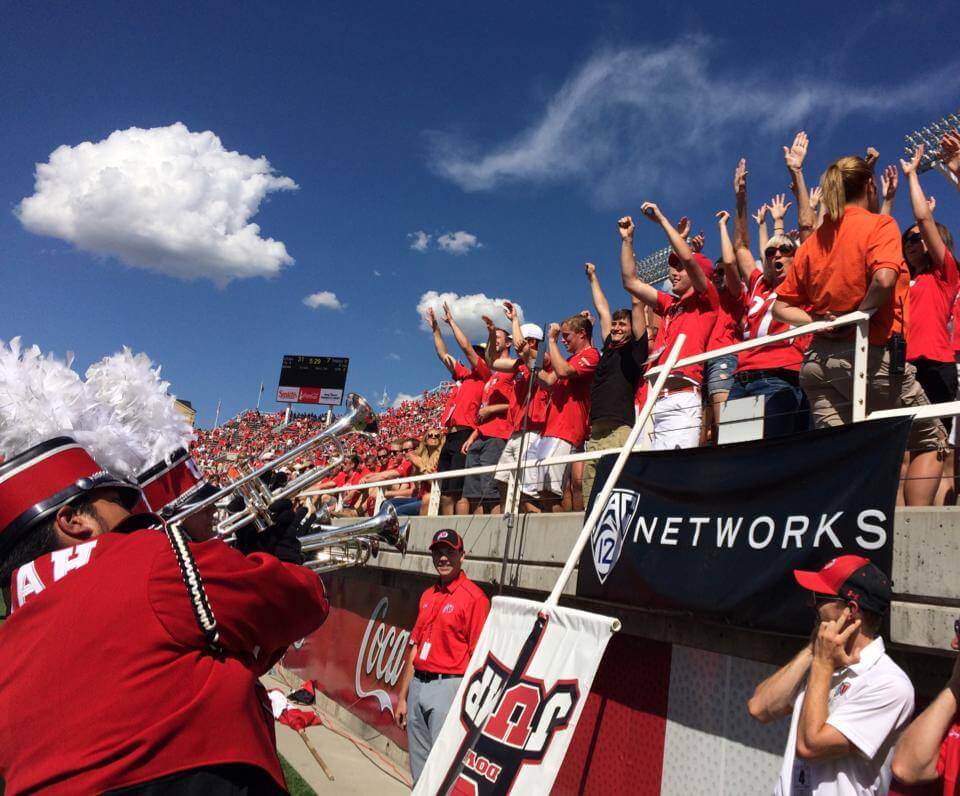 A spinoff of the MUSS, the FUSS alumni fan group sits in the north end zone and continues to uphold the traditions started by the MUSS like the Third Down Jump. It was formed in 2007 and is comprised mostly of younger alumni who graduated within the past 15 years, although there are some older diehards in the mix.

After every Utes football, game fans are allowed to go onto the field. Win or lose you can go on the field, after the game and have a blast. On the field you can snap pictures and even toss the football around replicating your favorite Utes moment.

Check out the University of California Los Angeles list!