Home of the Wisconsin Badgers

The second you step onto campus on game day in Madison, you can feel the energy and excitement in the air. We’ve yet to find a place where the fans wear so much game day swag, namely the GameDay Bibs, Throwback Wisconsin Gear, Guys wearing badgers, Cheeseheads, kids with jerseys of the current stars, and the occasional painted Red Guy running around campus.

Traditionally, the older alumni and families stay around the stadium, but students will either be near the Frat Row, at apartment parties, or at the neighborhoods next to the stadium.  Each area will have its vibe, but the constant is that all college aged Badger fans will be slamming brewski’s and taking pulls off their favorite hard liquor from plastic bottles in copious amounts.

However, one thing that is different from Wisconsin than other large party schools is the small amount of traditional tailgating.  There’s limited parking near the stadium (since the school shares Madison with the Capitol) so most fans tend to park & then go to one of the popular places on campus or bars near the stadium.  Either way, about 30 minutes before kickoff, 95% of fans will still be outside of the stadium, getting their last bites or drinks.  Be sure to wear Red, join the ‘Sea of Red”, grab a brat & join the hurried march to the stadium! 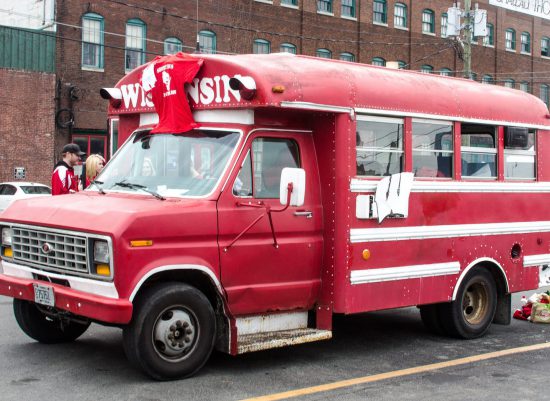 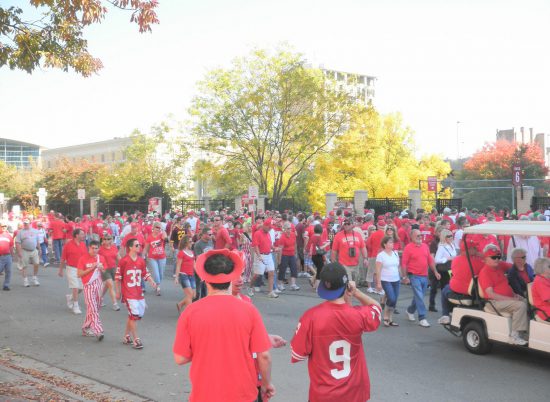 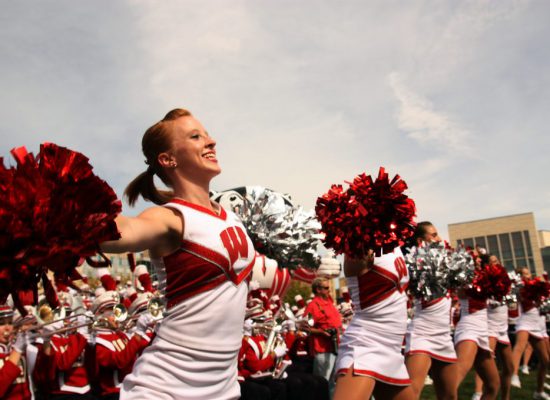 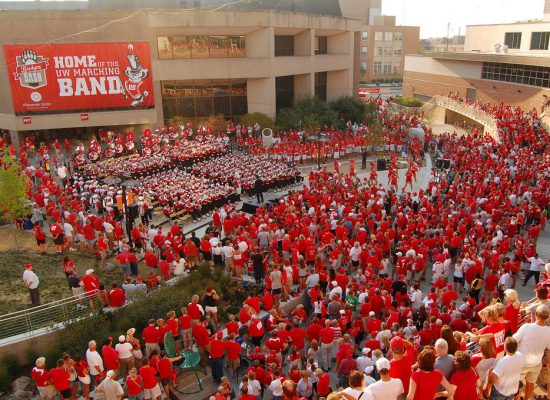 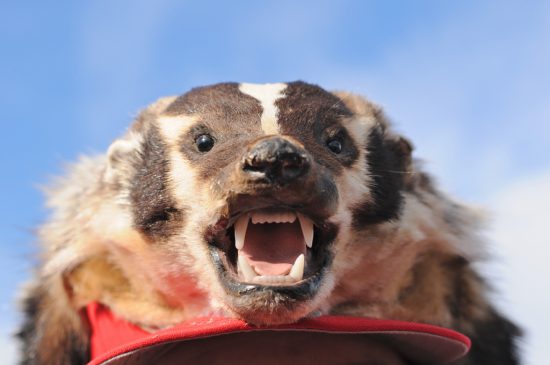 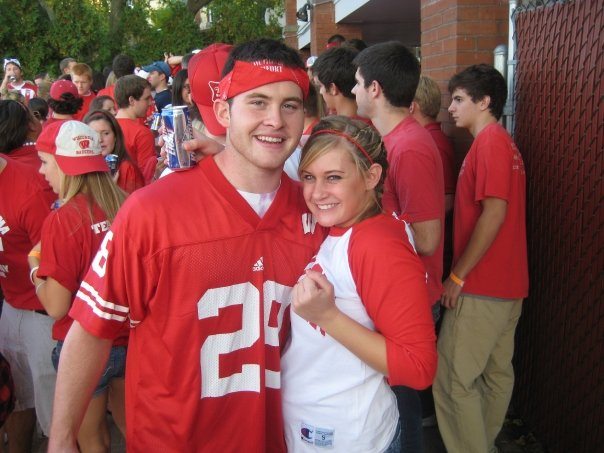 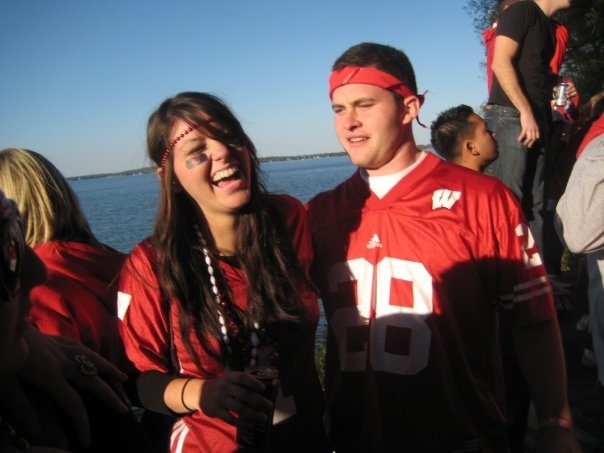 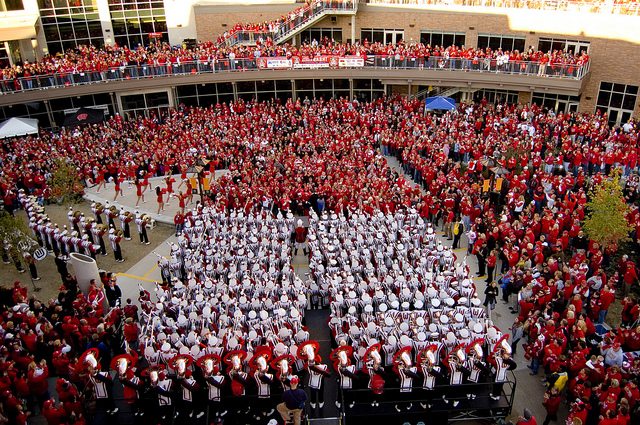 One of the most fun things to do (and very family friendly) is the Badger Bash held at Union South. The UW-Madison “Union” is very well known for the Terrace, but Union South is the spot on Gameday. The band comes and plays, there’s food, drinks, and a huge crowd. The best part is that it’s steps away from the Stadium! 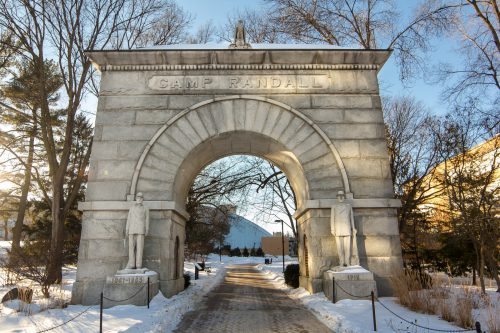 The Camp Randall Memorial Arch commemorates one of the most turbulent times in our nation's history: the Civil War. It’s a giant stone arch that most fans walk through on their way to the stadium. 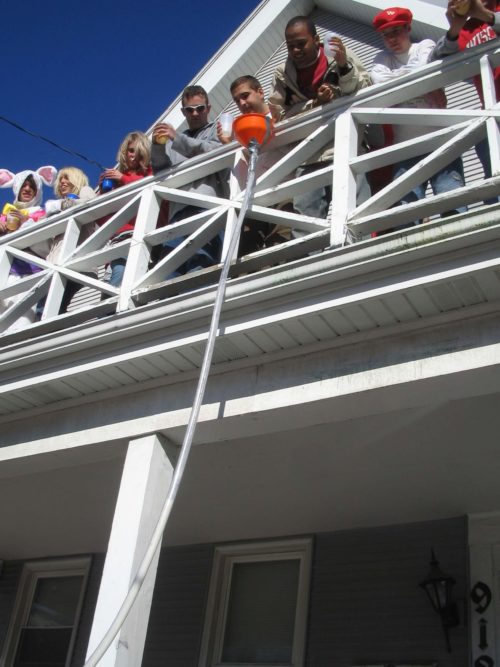 UW has perfected the art of the beer bong. They have 2 story beer bongs, octobongs (8 bongs in one) and plenty of standards. Be sure to get one! 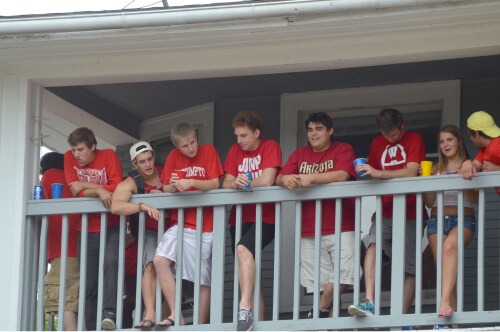 UW-Madison is one of the few lucky schools to be located on a lake, and when the weather is still good enough, the lucky Frats on the water get after it. Too bad it gets so cold! 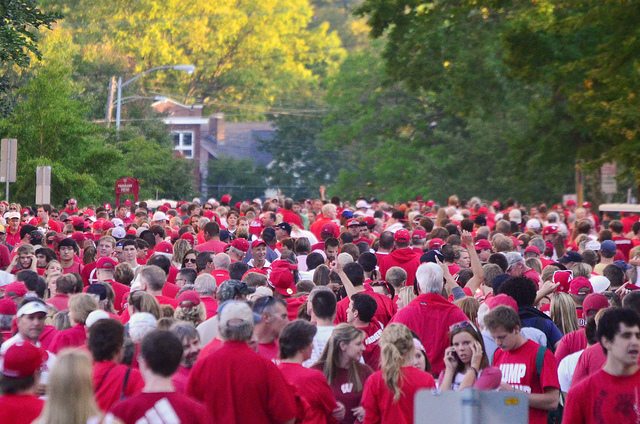 All around the stadium, there is almost endless activity. Be sure to walk down Breese Terrace next to the stadium and see if you can join a house party / tailgate!

After you stop by the Badger Bash at Union South, be sure to follow the band as they lead fans to the Stadium. You'll walk straight through the Camp Randall Arch!

Check out the University of Iowa tailgating guide!

Check out the University of Nebraska tailgating guide!

Check out the University of Minnesota tailgating guide!