Home of the Vanderbilt Commodores

Vanderbilt Stadium is an intimate 40,550-seat facility located in the heart of campus, which gives you the feeling you are part of the action. The Commodores began playing home games at the current location in 1922 making them the first school in the South to have a stadium exclusively for college football. The history and aura of Vanderbilt Stadium along with its intimate setting create a unique feel that helps to attend a game at Vandy stand out from other SEC schools.

As a fan going to a Commodores game, it is going to be very loud. You have to try and match the intensity of the person sitting next to you because these fans wear their heart on their sleeve. Commodores haven’t had a ton to cheer about over the years, but that doesn’t stop students and fans from coming up in large numbers to support their team. The diehard fandom of Vanderbilt fans means that everyone here has an unbridled passion for the Commodores that emanates all throughout the game.

When at Vanderbilt you’ll also get to experience their awesome victory flag tradition. Following every football team victory, a solid black flag with the Vanderbilt Athletic mark is hoisted above the west side of Vanderbilt Stadium, where it remains for seven days. Students and fans alike love raising the flag and being able to look at the Victory Flag after every conquest.

You’ll have a blast at Vanderbilt hanging out and cheering alongside some of the most diehard fans in college football. You’ll also love the amazing intimate atmosphere you’ll find here that makes Vanderbilt Stadium a venue like no other. 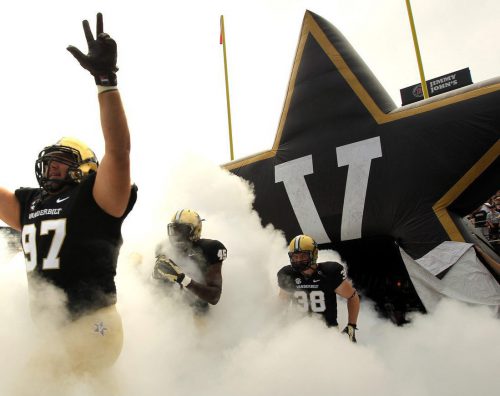 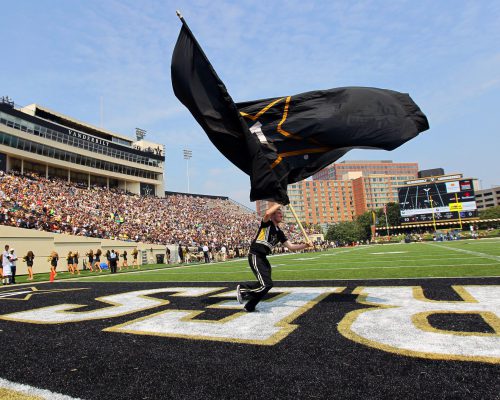 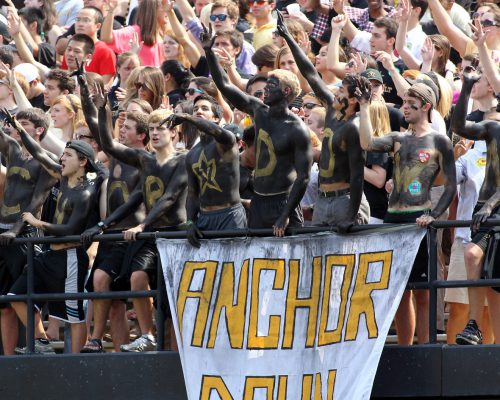 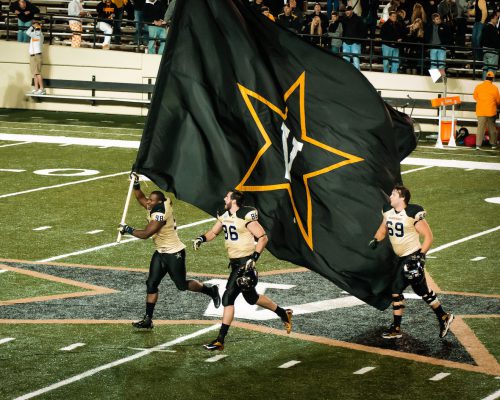 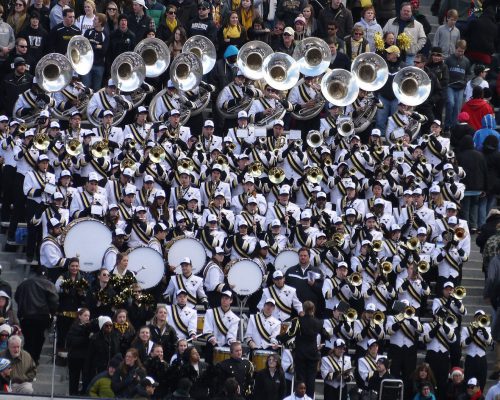 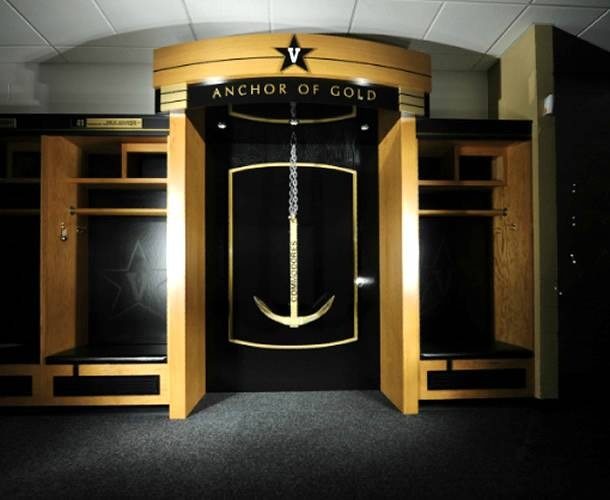 There is a special display case of an anchor in the locker room to signify the strength and grit of Commodore Country. 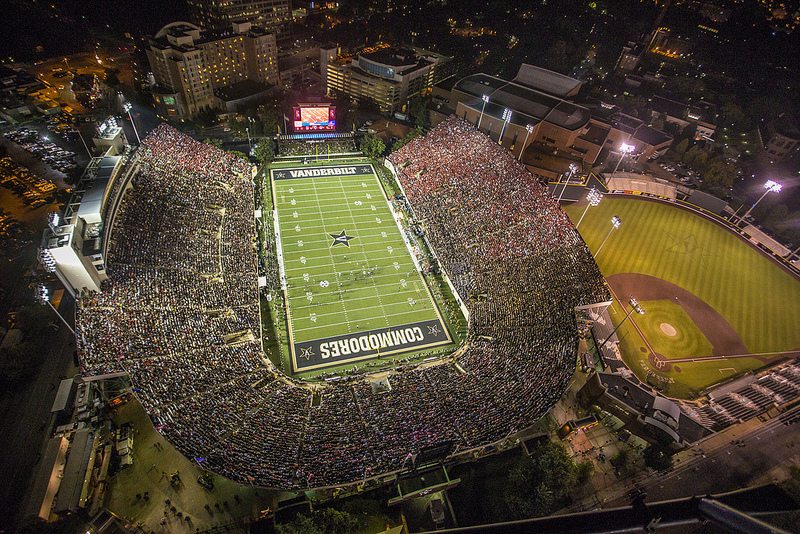 The new and improved stadium decreased its seating capacity, but this has created an intimate feel for the audience and makes the opposing team feel completely surrounded by Commodores! 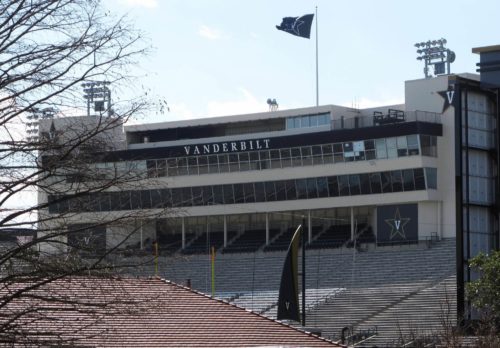 This naval horn signifies game time and is played after every Commodore score. You can hear the Admiral all throughout campus on game days allowing even those not attending the game to know when the Commodores score. 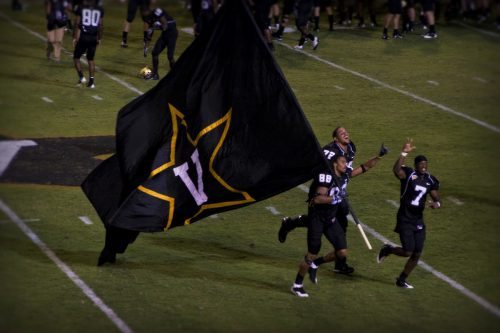 Following every football team victory, a solid black flag with the Vanderbilt Athletic mark is hoisted above the west side of Vanderbilt Stadium, where it remains for seven days. 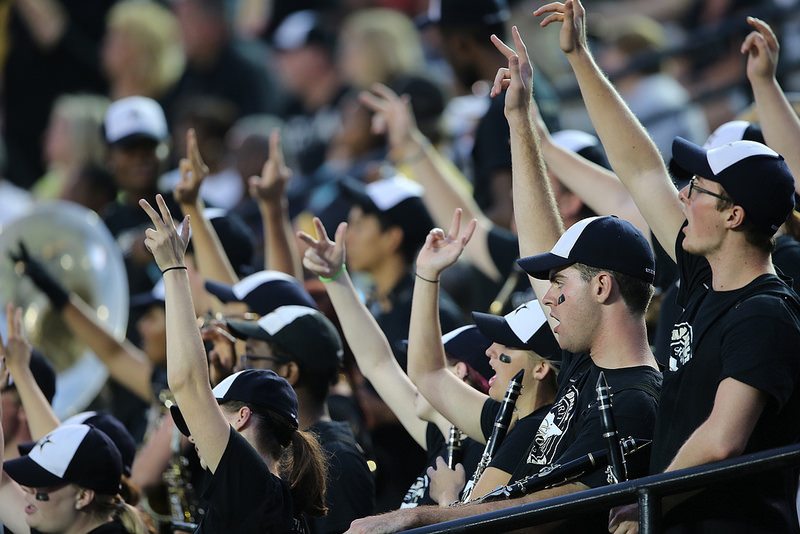 Blackouts are a staple for big Vanderbilt home games. Playing in the SEC every conference game his huge. The fans here come out painted and wearing all sorts of black to get rowdy and cheer on their team. 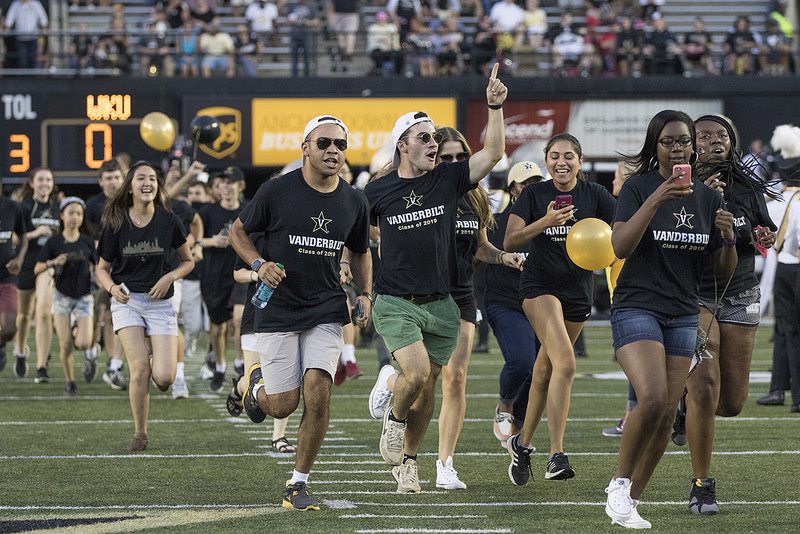 Before each home game, a group or individual is selected to “drop the anchor” at midfield to mark the beginning of the evening’s events. 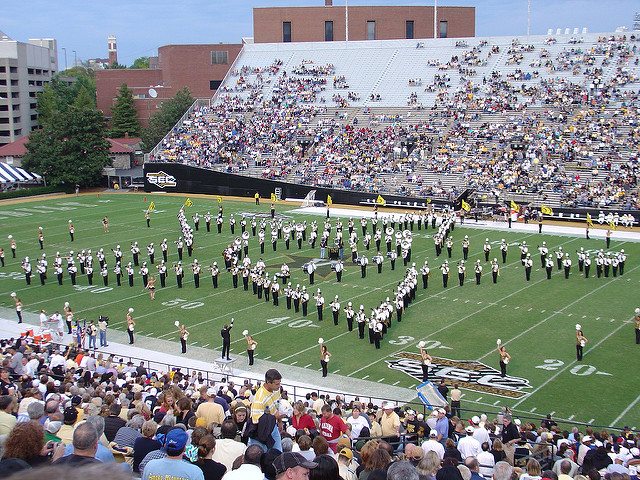