Home of the Virginia Tech Hokies

The famous dance is a time-honored tradition at Virginia Tech, where you’ll catch the everyone in the crowd putting their right foot in and shaking it all about. Before the end of the third quarter everyone rises to their feet and performs the Hokie Pokie to give their team that lasts little bit of extra motivation.

HokieBird is the official mascot of Virginia Tech. The concept behind HokieBird dates back to the previous the school’s former nickname, the Fighting Gobblers. Since debuting in 1981 HokieBird has built up quite a reputation and has even been named one of the top mascots in college football. He also plays an active role in the Virginia Tech game day experience as not only does he lead the team onto the field, he also does bench presses after each and every VA Tech score.

Before every game, HokieBird leads the charge out onto the field while the PA system blares Metallica’s “Enter the Sandman.”  Thousands of Hokies fans cheer and applaud as their favorite team gets ready to take down the opposition. The most famous pregame cheer is one where half of the stadium chants “LET’S GO” while the other half yells “HOKIES.” The entrance sets the tone for the electric atmosphere of a Virginia Tech game. 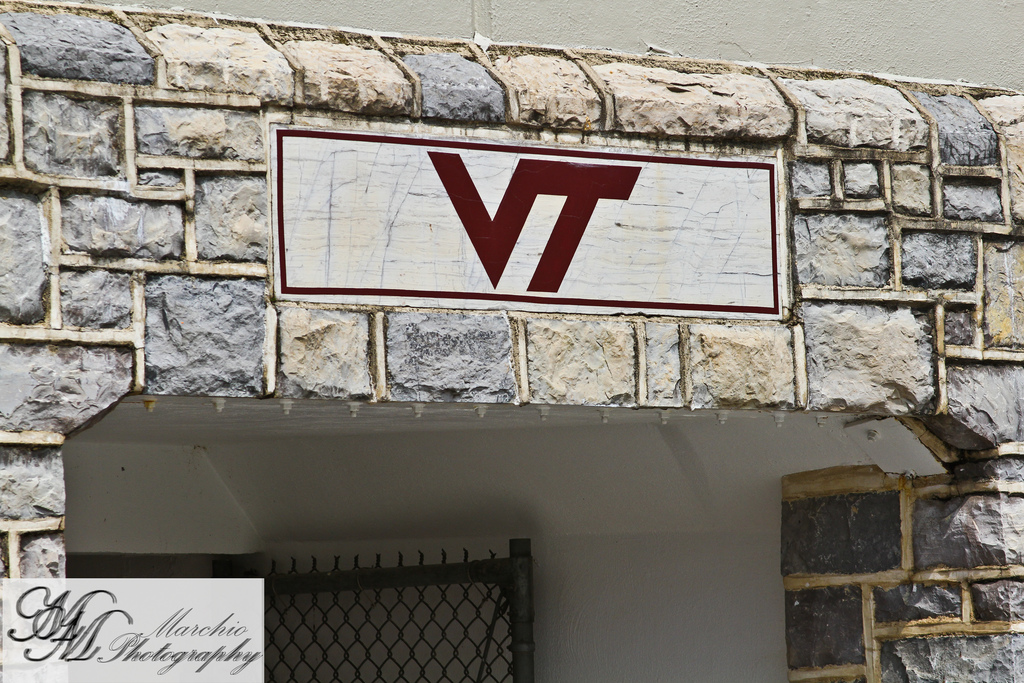 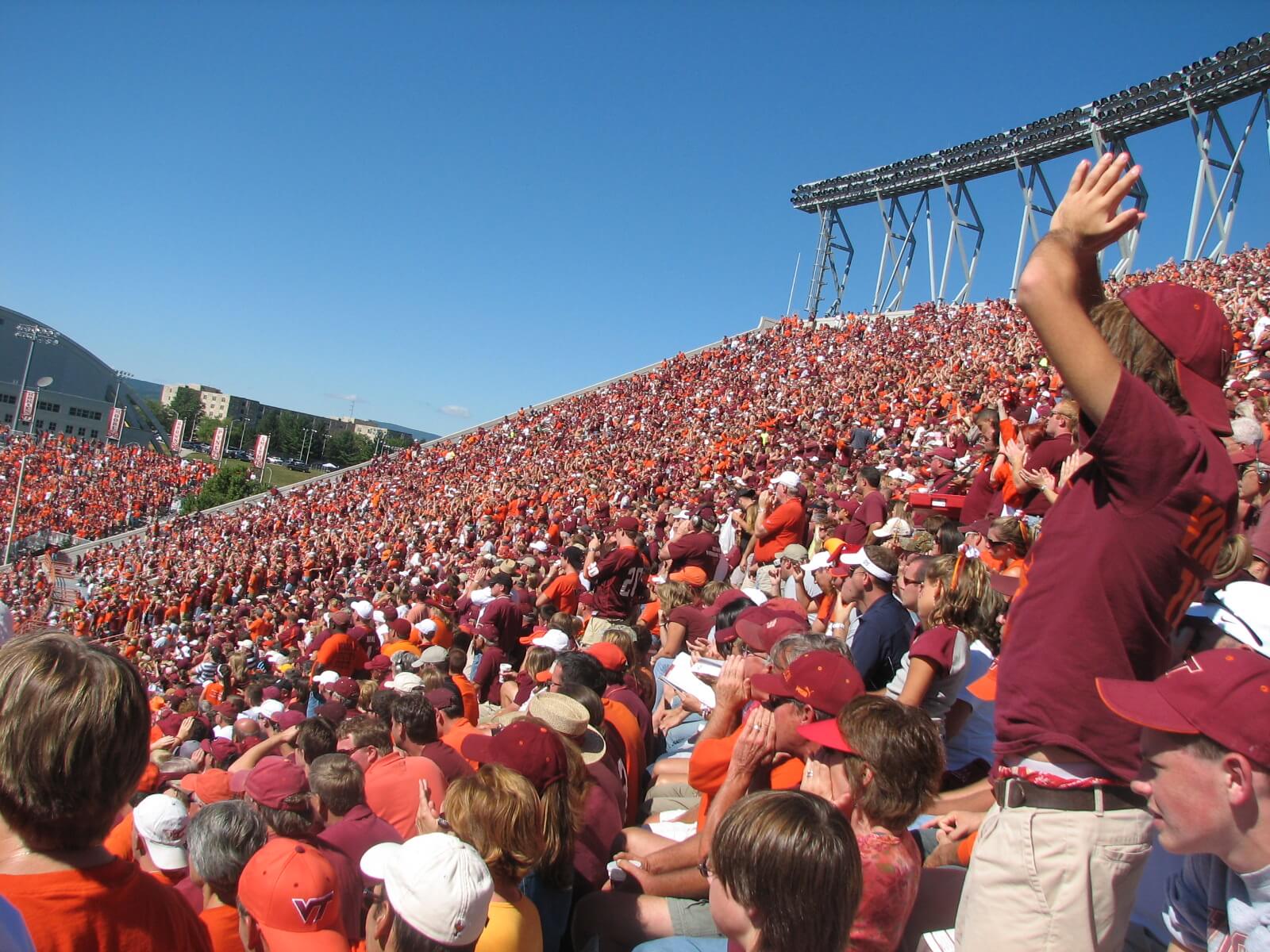 Virginia Tech not only has one amazing marching band, but two The Marching Virginians and the Virginia Tech Regimental Band or as they’re affectionately known the Highty Tighties. Both bands have their own unique traditions as the Highty Tighties lead the team to the stadium on the Hokie Walk, while the Marching Virginians perform the Hokie Pokie between the third and fourth quarter. Regardless of what band is performing, you are sure to see a great show.

At the start of every season, the students select one game to be the “Orange Effect” game and another to be the “Maroon Effect” game. The “Orange Effect” is used when a school that does not have orange as one its colors, while the “Maroon Effect” is used against a team that does not have maroon as one of its colors. These traditions began in 2002 and continue to this day, so make sure to wear your orange or maroon when making your way to Lane Stadium.

Virginia Tech football has a rich history and as such you can find a variety of banners hung around the stadium to commemorate all the championships the Hokies have won, including their four ACC championships. There are also plenty of retired numbers banners to checkout as well, which can be found hanging in the end zone.

Skipper is the name of Virginia Tech’s game cannon and is named to honor John F. Kennedy who skippered a PT boat in WWII. It was built in the early 1960s in response to VMI’s “where’s your cannon chant” and is the world’s largest game cannon. Skipper is fired after the singing of the national anthem as well as after every scoring play. If you’re making your way to Blacksburg for a game make sure to see Skipper while you’re here.

Every once in awhile a turkey gobble is played over the PA system to pump up the crowd. The tradition started in memory of Floyd “Hard Times” Meade, who was adopted by the Virginia Tech Corp of Cadets and became the school’s first mascot in the 19th century and later brought live turkeys to the game. Listen for the gobble and join in to show your support for the Hokies.