Home of the Washington Redskins

The Redskins are one of the most historic franchises in NFL history, and as a result, you’ll find Redskins fans all throughout the country, particularly the South East. Redskins fans are some of the most diehard fans in the league, who’ll stick by their team through thick and thin. There has been a lot of thin lately but doesn’t stop Redskins fans from cheering often and loudly for their team. It’s been a couple of decades since the Redskins last Super Bowl victory. However they continue to sell out every home game.

The fans in Washington are also very knowledgeable about the game and love to talk ball with other fans. You’ll surely make friends with other fans sitting nearby as not only are the fans knowledgeable, but they also are very welcoming to fellow Skins fans. However, things may be a bit less friendly if you happen to be a fan of a rival team, so keep that in mind.

The Redskins provide a great game day experience that is sure to put a smile on any diehard Skins fans face. 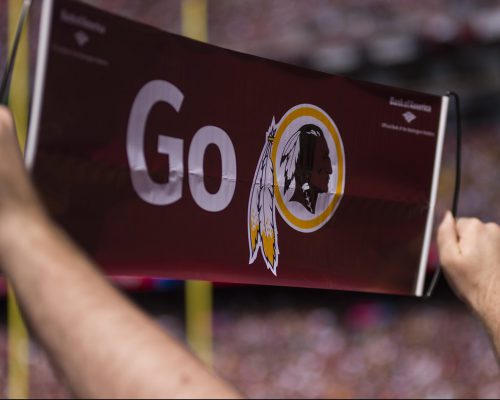 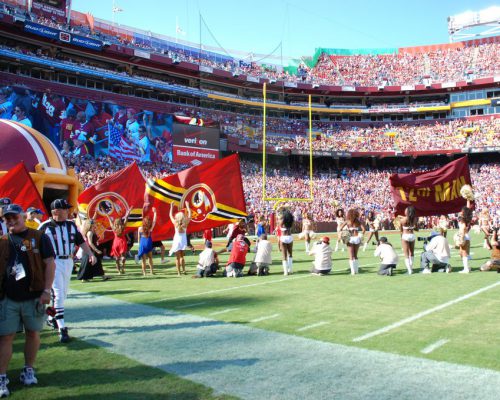 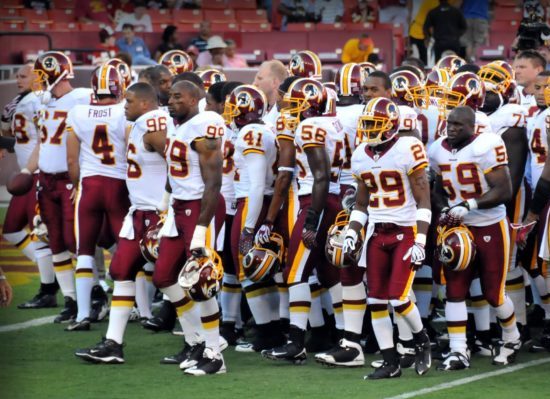 The Redskins replaced their old video scoreboards with ones three times the size of the originals in 2010. The Redskins also used this as an opportunity to take a jab at their biggest rivals, the Dallas Cowboys, by announcing that the scoreboards are “punter proof.” The new scoreboards at FedExField provide the fans great replays of the game and also offer lots of in-game entertainment as well. 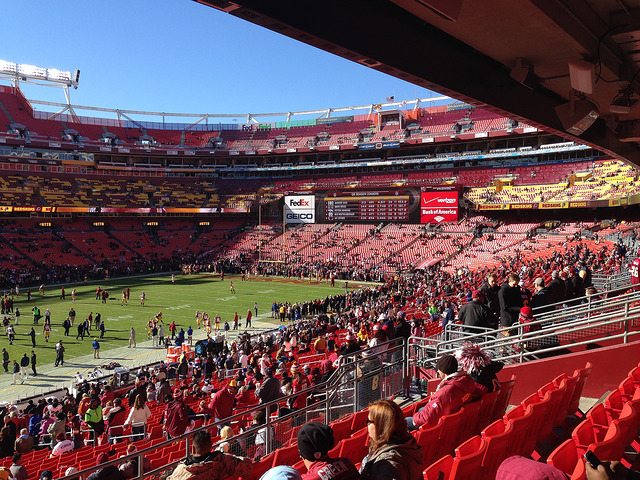 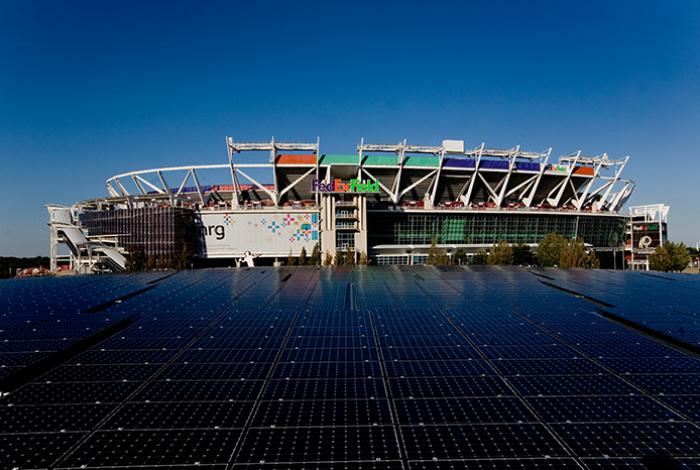 Over 8,000 solar panels were installed at FedExField in 2011 part of the Redskins’ plan to make the stadium greener. These solar panels are the largest solar power installation in D.C. and can meet 20% of the stadium’s game day energy needs. 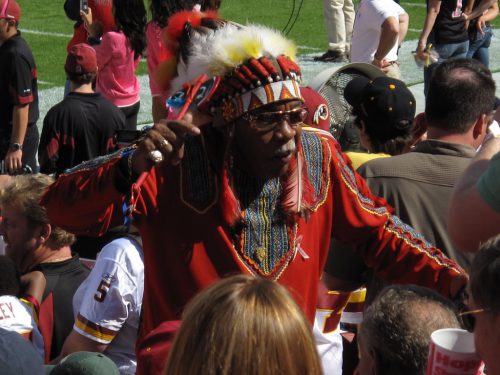 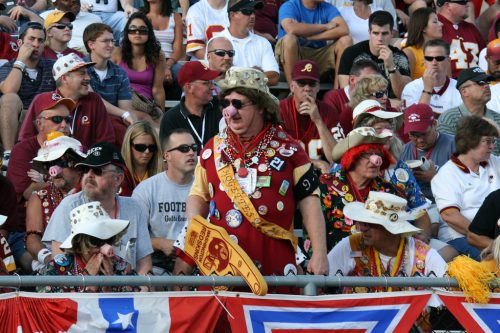 The Hogettes may have retired following the 2012 season. However, they remain a huge part of Redskins and even more importantly raised a lot of money for charity. Beginning in 1983 a group of Redskins fans decided to wear dresses and pig snouts to cheer on the Skins. The pig snouts and name is a reference to the great Redskins offensive lines of the era that was nicknamed the Hogs. 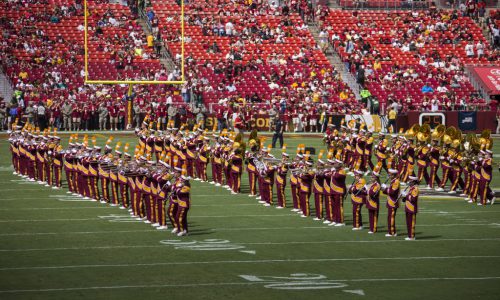 The Redskins Band is the oldest marching band in the history of the NFL having been founded in 1937. The band still performs every game and is most famous for playing “Hail to the Redskins” after each and every Redskins score.