Home of the Washington State Cougars

Martin Stadium provides a nice close-knit community environment for fans due to its small size and the close ties that bond Cougars fans. There isn’t a bad seat in the house here as the stadium’s smaller size means no matter where you sit you’ll be close to the action.

WSU fans are as close to SEC fans as you’ll find in the Pac-12, the fans here love to party and show their support for the Cougars. The crowds at Cougars games are very loud as the metal bleachers help to amplify the noise. The student section, in particular, shows strong vocal support for the team, which helps motivate the rest of the crowd.

One of the biggest traditions at Washington State is waving the flag. You’ll find the flag is a huge part of Cougars fan culture. You’ll see Cougars flags being flown all throughout the game, as the fans cheer on their team. The flag has even grown to such a big part of the school’s culture that it can be seen every Saturday ESPN College GameDay despite the fact the show has never been at Washington State.

You’ll love the loud atmosphere at Martin Stadium as it’s a must see for all big time college football fans and don’t forget to bring your flags so you’ll fit right in. 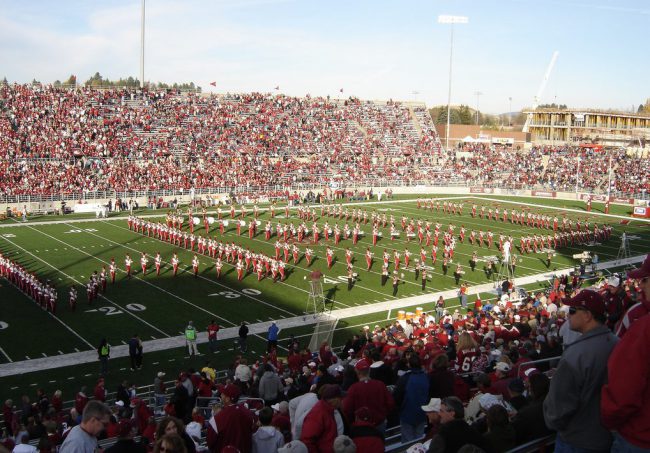 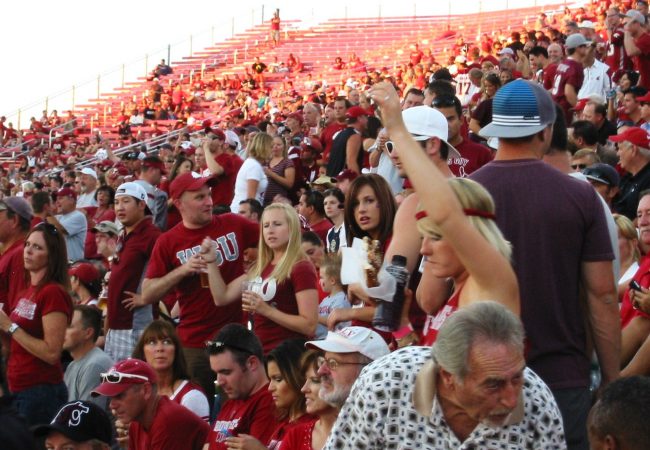 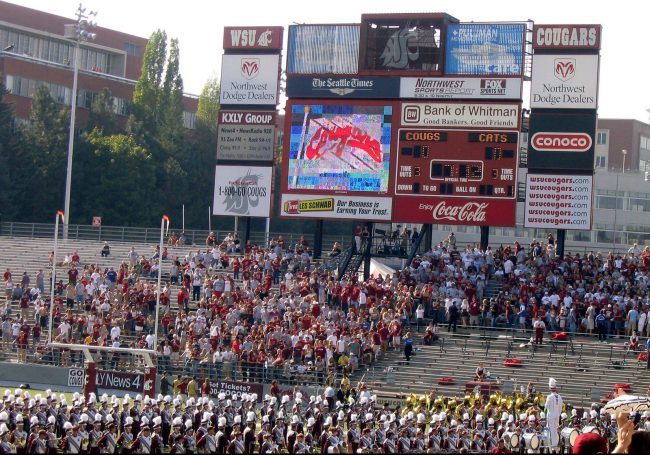 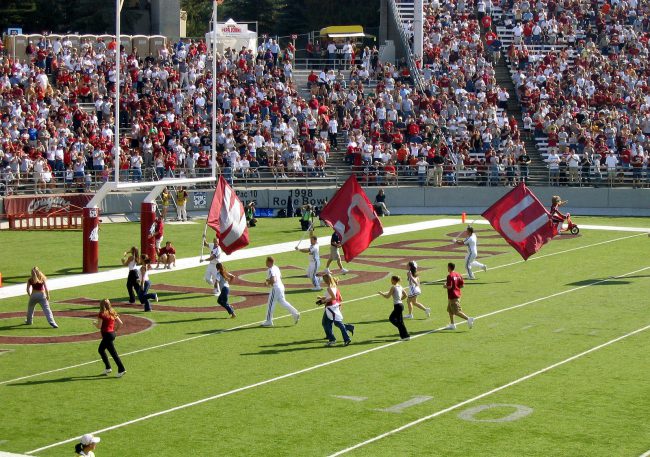 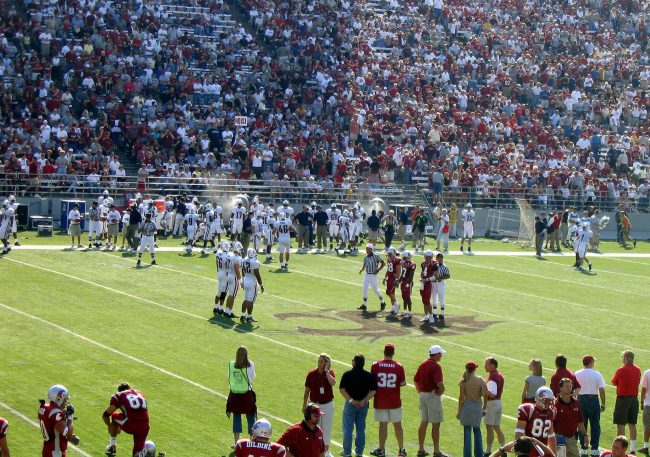 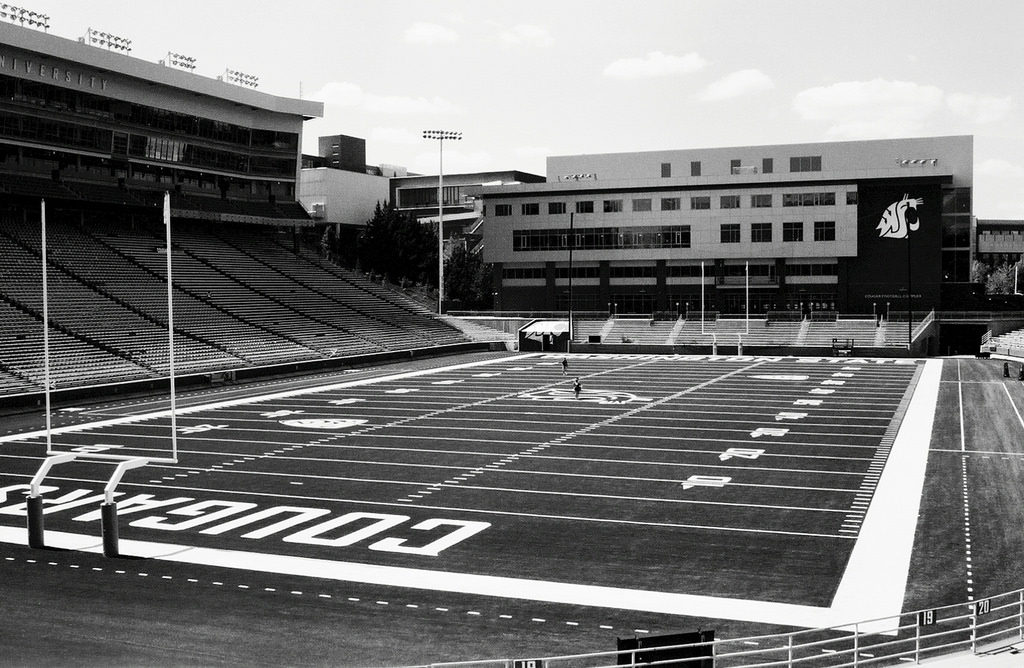 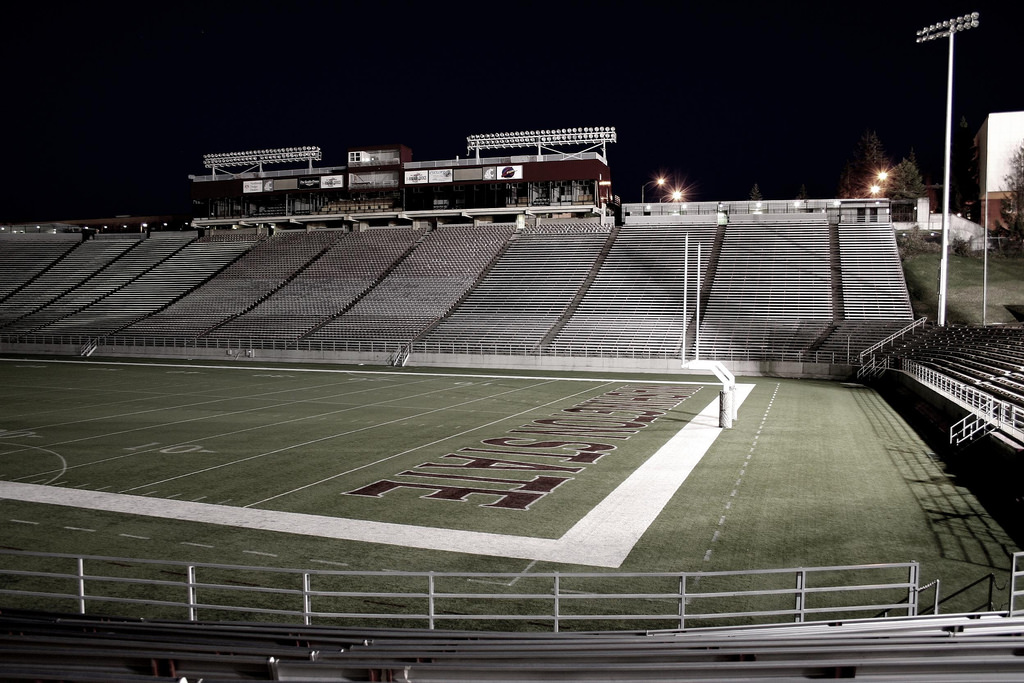 The south side of the stadium now has a huge new structure that includes a lot of goodies for the fans. It’s three stories high and spans almost the entire sideline. It includes luxury suites, club seating, loge boxes, a press box, and TV/radio booths. 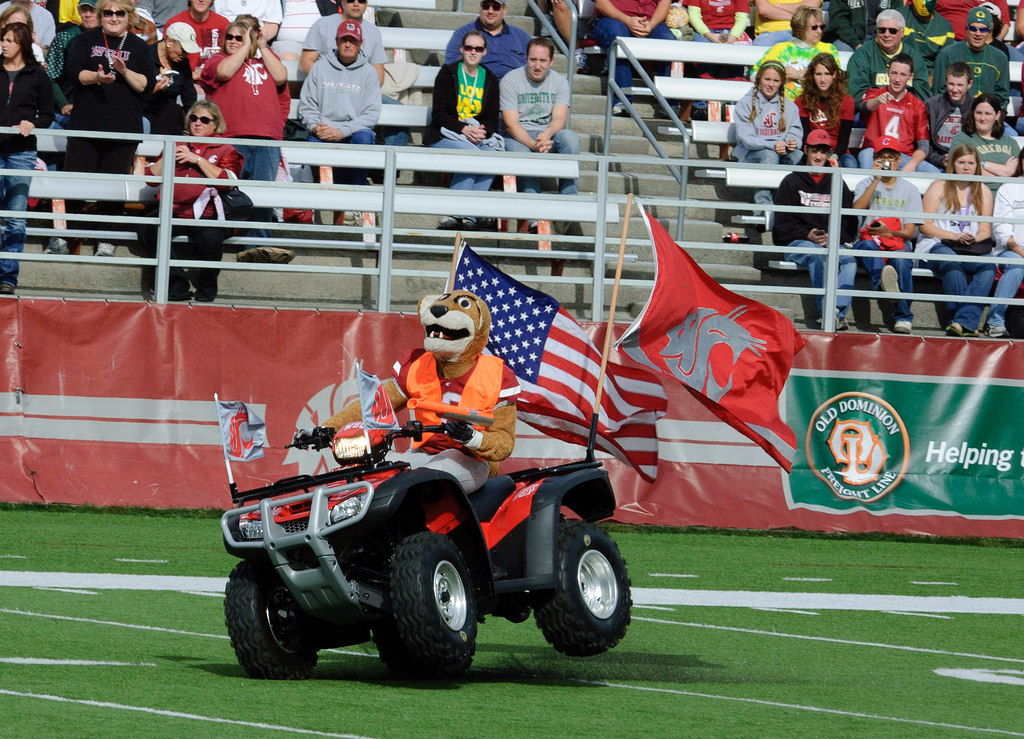 Butch has been the WSU costumed mascot since 1978 when it replaced the final live cougar mascot, Butch VI. Throughout games, Butch entertains the fans by leading chants and throwing t-shirts into the stands. Look for Butch to entertain fans young and old when attending a Washington State football game. 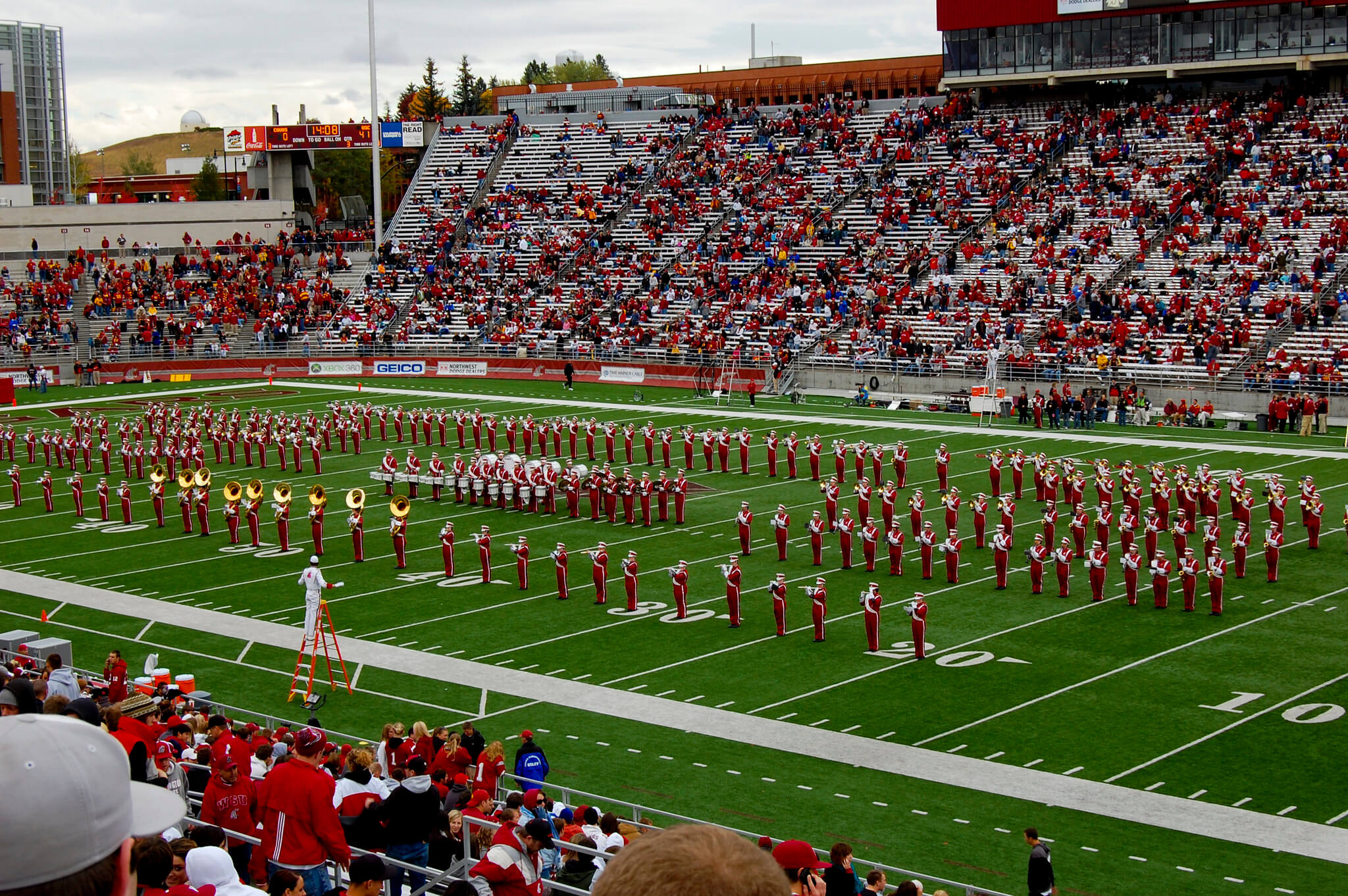 The Cougars Marching Band features almost 200 members and performs at every Cougars home football game. Stay in your seat at halftime to watch their wonderful performance.

Check out the University of Washington stadium guide!

Check out the University of California – Berkeley stadium guide!