Home of the WVU Mountaineers

One of the most famous traditions at West Virginia is fans burning couches after the Mountaineers win a big game. The tradition has come under some pressure recently as authorities have been cracking down on couch burning, but fans still take part in this one of a kind tradition.

2. Formation of the State

The signature formation of WVU’s marching band is the state outline of West Virginia. During their rendition of “Hail West Virginia,” the band takes on the form of West Virginia and marches to the end zone as thousands of fans wildly cheer on the band. Make sure to take in this great West Virginia tradition to get the most out of your Mountaineers game day. 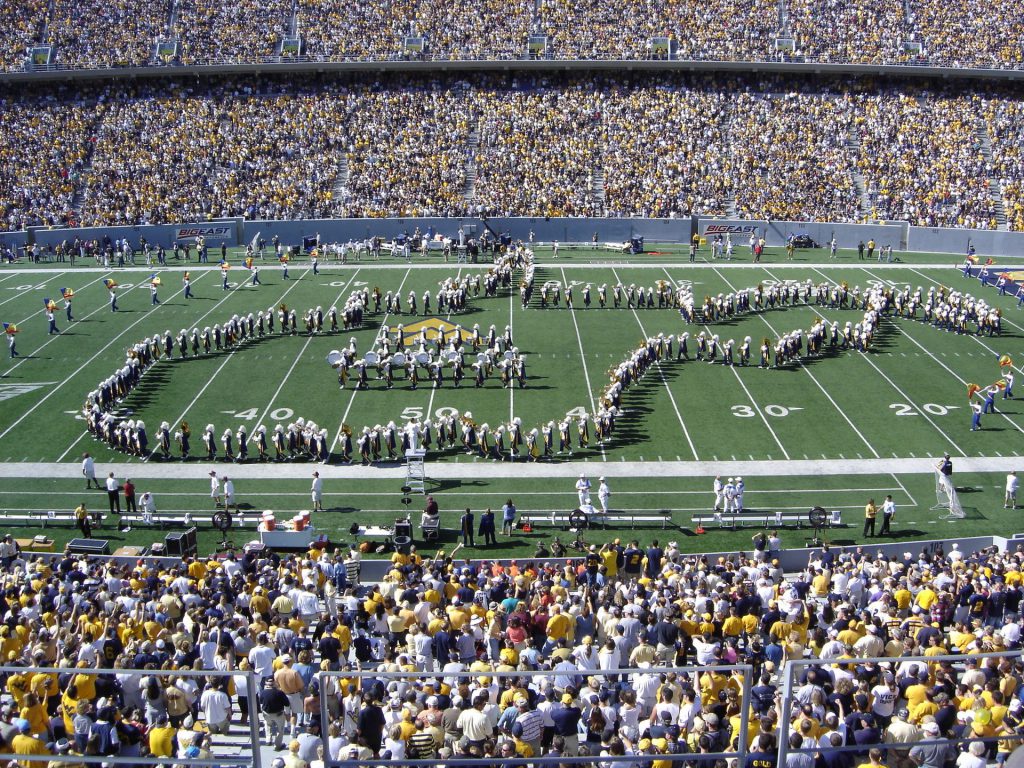 One of the unique traditions of West Virginia University is that of the PRT Cram. A PRT can comfortably hold sixteen people but during Mountaineer Week at WVU, the student body tries to cram as many people into a PRT as possible. The current record was made in 2000 in which a whopping 97 students crammed into the PRT.

WVU has taken this famous song released by John Denver as its own.  Denver’s song is one of the many songs played at home games, and he was at the 1980 stadium opening to dedicate the song to the team. Join in on the singing of Take Me Home, Country Roads to feel a part of the West Virginia crowd.

The Backyard Brawl is the highly anticipated rivalry game between West Virginia Mountaineers and the hated Pitt Panthers. The rivalry gets its name from the schools’ proximity to each other. The rivalry is a big part of football and basketball at WVU with both teams playing each other 99 times since the rivalry started. If you can make it to Milan Puskar Stadium for The Backyard Brawl, then you’re in for a treat as it is one of the most intense rivalries in all of  college football.

7. The Hall of Traditions

Fans have loved stopping in the Hall of Traditions since it opened at Milan Puskar Stadium in 2006. It is filled with interactive displays, videos, photos, records, and more that contain the history of Mountaineer football. It is open to fans before home games at the stadium, so stop by if you get the chance.

Instituted during the 2011 season by head coach Dana Holgorsen, the Mountaineer Mantrip is a recent addition to WVU’s gameday traditions. During the Mantrip the Mountaineer players and coaching staff walk along the pathway dividing the parking lot outside of Mountaineer Field. They are accompanied by The Mountaineer, the Pride of West Virginia Marching Band, and the Mountaineer cheerleaders. WVU students and fans line the path to creating a tunnel-like effect for the passing team members, providing for an interactive and enthusiastic environment. Get to the Mantrip early, so you can get a good spot and see the players and coaches up close.

The Mountaineers kick things off with a bang as the school’s mascot The Mountaineer signals the start of every game by firing off a rifle. The mascot can be seen various times throughout the game in his coonskin hat and is typically carrying around a period rifle and powder horn. Look for The Mountaineer to energize and entertain the West Virginia crowd. 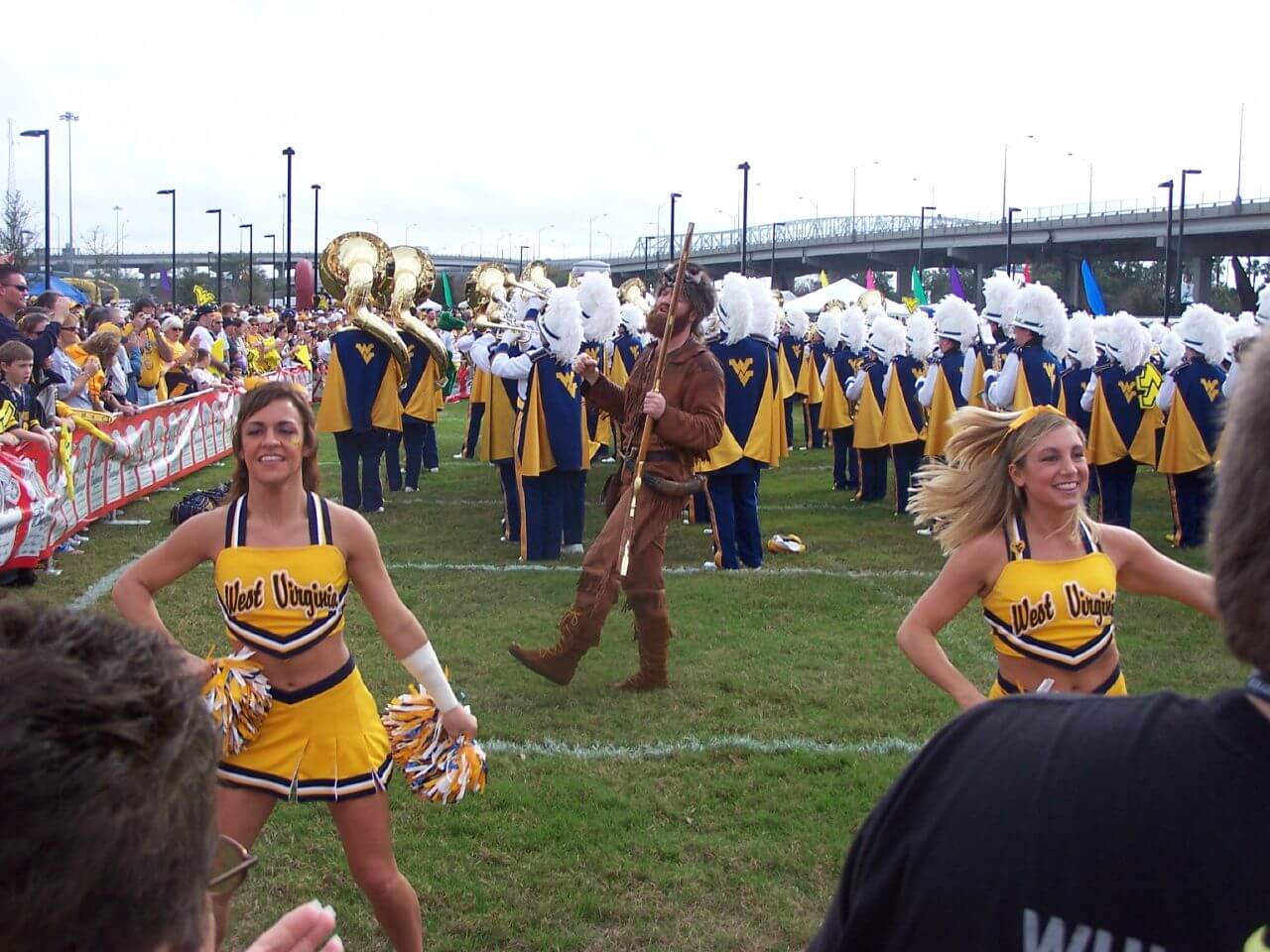 Going back to 2007 there has been at least one Gold Rush home game where everyone in attendances dresses in gold. The tradition was modeled after Penn State’s whiteout tradition and has brought the Mountaineers success in short existence as the team is 5-2 during Gold Rush games. 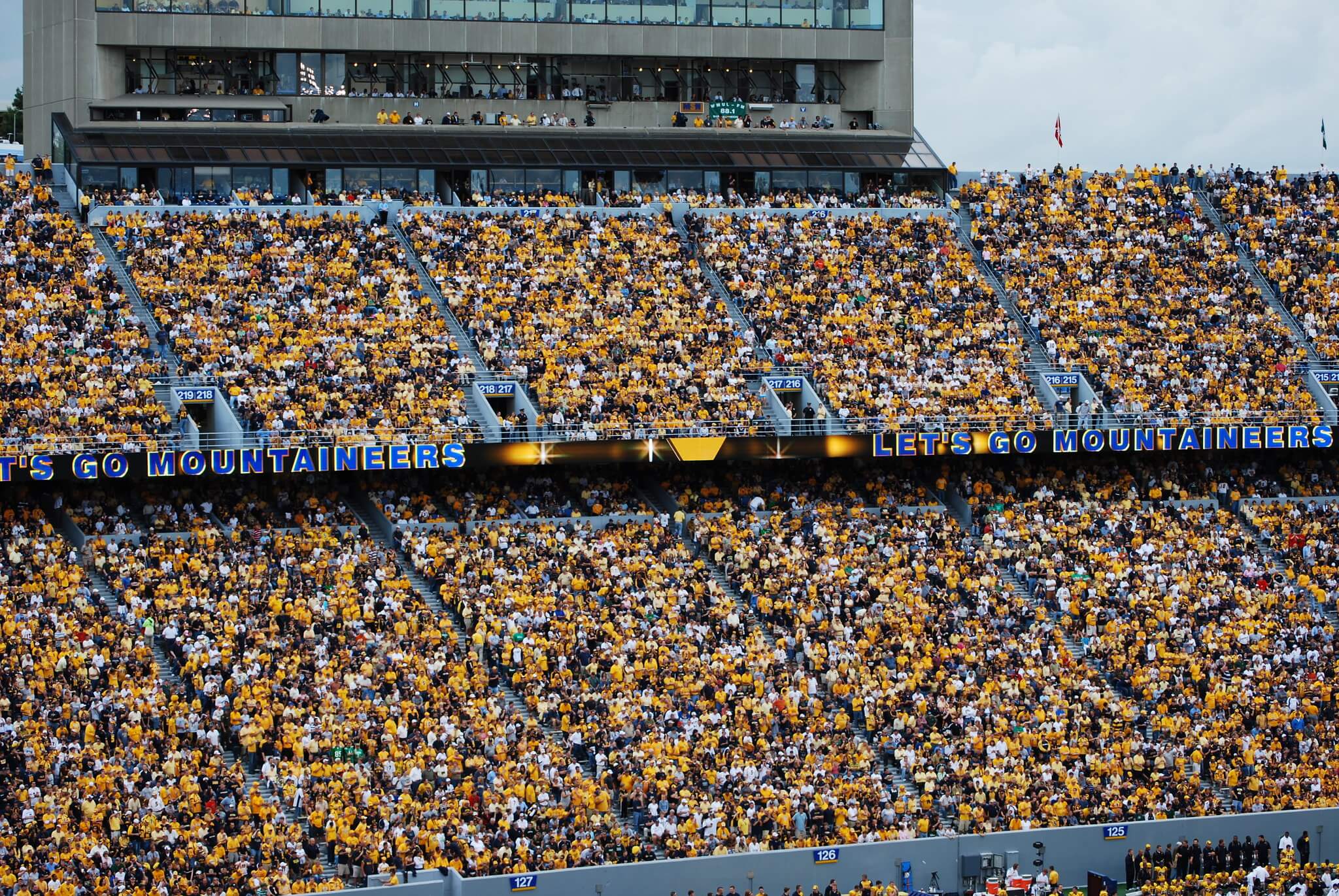