Home of the WKU Hilltoppers

Western Kentucky’s Houchens Industries-L.T. Smith Stadium seats a little over 22,000 fans and provides a close-knit feeling that you won’t find at a lot of larger venues. The smaller size creates a cozy feeling that is amplified by the fact that Western Kentucky is home to some of the most diehard fans out there.

The current students at Western Kentucky take Hilltoppers football seriously and are very devoted to their team. There is a lot of pride among the students, and they are very determined to show that they can match the same level of fan support found at other larger in state universities like Kentucky and Louisville. They have become devoted to showing that they can party just as hard and cheer just as loud. Their dedication shows as all throughout the game you’ll hear the loud roar of the crowd regardless of the score.

It’s not just the current students that are very dedicated to supporting the Hilltoppers, but the alumni as well. The alumni fans at Western Kentucky are very knowledgeable about their team and love to share their stories with anyone who is willing to listen, so don’t be afraid to start a conversation with someone if you want to learn more about the great tradition of Hilltoppers football.

The food inside of the stadium is also top notch. Available on the east side of the stadium you can find; Chaney’s Dairy Barn ice cream, tex-mex options such as fajitas, tacos and super nachos, Cincinnati chili including chili dogs, also a special kids area that holds hot dogs, cotton candy, various sweets, candy and a kids meal special.

On the west side of the stadium, fans can choose from Pizza Hut Wing Street.  Here you can pick up personal pan pizzas and boneless wings. You will also find a special grill stand with grilled chicken, chicken tenders, barbecue ribs and grilled sausage. If you have a pang of hunger that can’t be satisfied by any of the other options than it’s time for you to try and take on the “Man vs. Hilltopper Burger.” The Hilltopper Burger is a one-pound burger and french fries and wash that down with something from the slushy station. 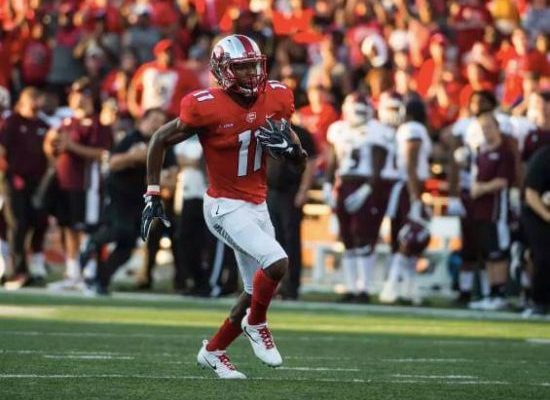 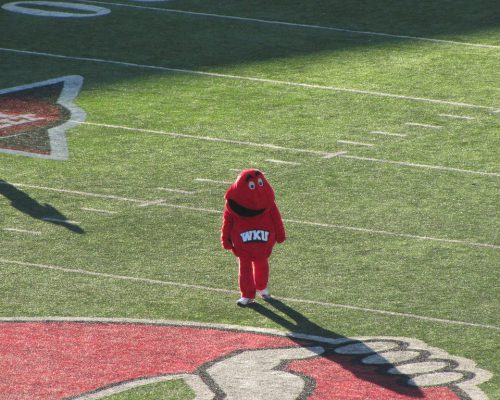 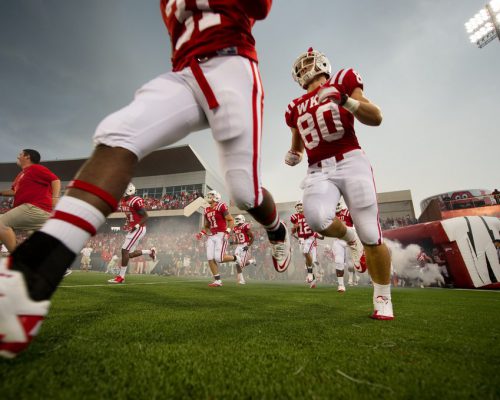 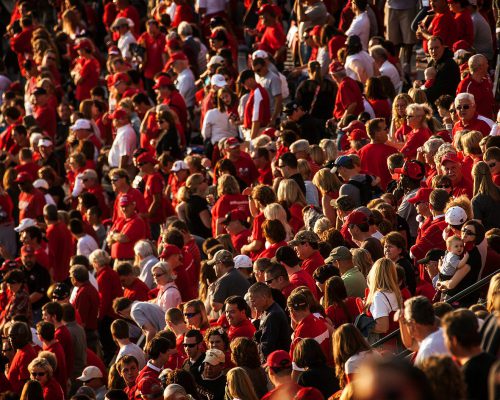 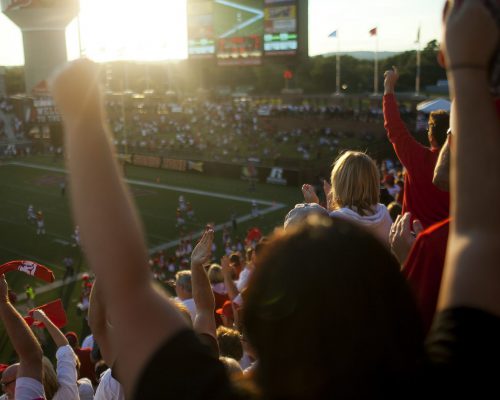 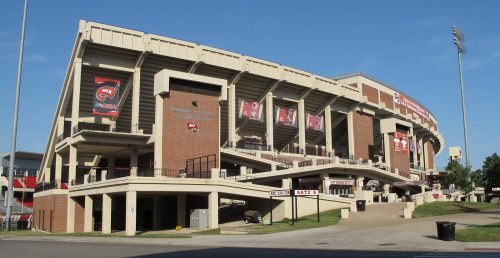 Throughout Houchens Industries-L.T. Smith Stadium you’ll find banners commemorating current players as well as all-time greats. You’ll even be able to see banners celebrating the school’s 2002 national championship. These banners do a great job of showing off the pride and tradition of Western Kentucky football, so make sure to check them out during your visit. 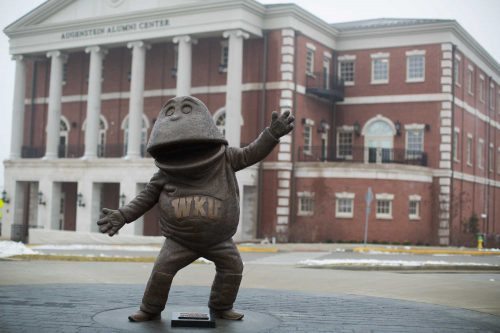 When at Western Kentucky make sure and snap a picture with the Big Red statue. If you can’t get a picture with the real deal then this is the next best option, so stop by and show off your Hilltoppers pride by grabbing a pic with this statue of the iconic mascot. 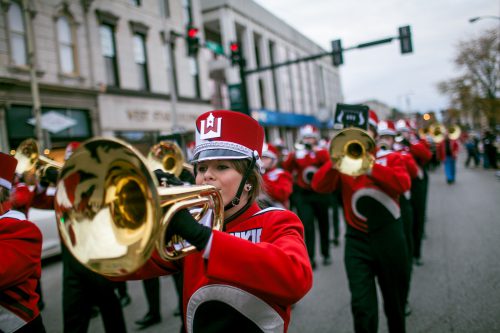 The band at Western Kentucky puts on a great show and keeps everyone pumped up to cheer on the Hilltoppers all throughout the game. Stay in your seats at halftime, as you wouldn’t want to miss the excellent performance of this incredible marching band. 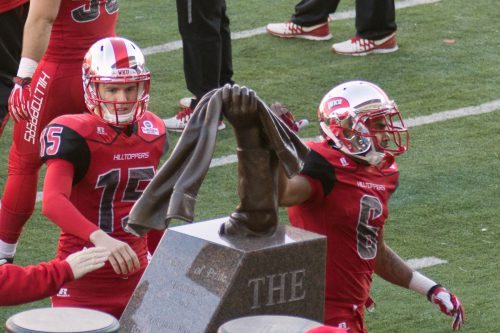 Before heading onto the field all the players touch the Red Towel sculpture located in front of Diddle Arena. The sculpture is a full-scale replica of Coach Diddle’s towel and is a must see for all Western Kentucky fans.