Home of the Western Michigan Broncos

The raucous party atmosphere from the Western Michigan tailgate carries over to the game. You’ll find a fun and unique atmosphere inside Waldo Stadium where the stands are packed full of Broncos fans cheering on their team.

When former head coach P.J Fleck took the reigns of the Broncos program, he immediately began instituting new gameday traditions that set the atmosphere inside Waldo Stadium apart from anywhere else in the MAC or all of college football. One of the most notable additions is DJ ILL MIXX. The DJ here at Western Michigan has been outfitted with additional wiring and speaker systems by the athletic department so that he can match the same level of noise as the band. DJ ILL MIXX helps carry over the party atmosphere from the parking lots and puts a unique twist on the game day atmosphere found inside of Waldo Stadium.

Another one of Coach Fleck’s additions to Broncos game day traditions is The Row, which starts off the fourth quarter. When he first arrived at Western Michigan Coach Fleck instituted the “Row the Boat” mantra meaning everyone works together to achieve the team’s goals.  During The Row, fans hop to their feet and the band and the DJ drop what sounds like a pounding rap song, the crowd turns to their right and begins to chant along ROW ROW ROW while performing a rowing motion. Make sure to join in on this one of a kind gameday tradition to truly feel a part of the crowd when attending a Western Michigan game.

To bring all of Coach Fleck’s new traditions to a head at the end of the game the Alma Mater is played, followed by one of the players jumping up into the band to lead them in the fight song. Win or Lose, the player, is lifted by his teammates up into the band pit where he grabs an oar and uses it to act as the conductor of the WMU band.

Come prepared to party hard and cheer loud throughout the game when making the visit to Kalamazoo to watch the Broncos. 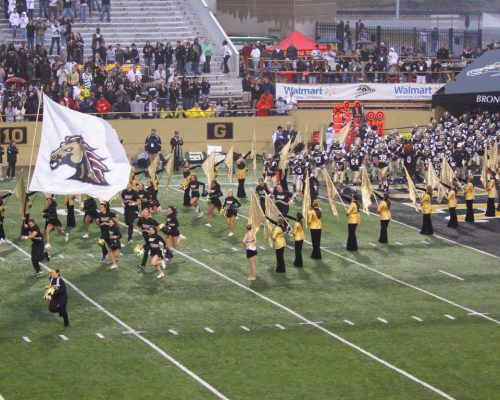 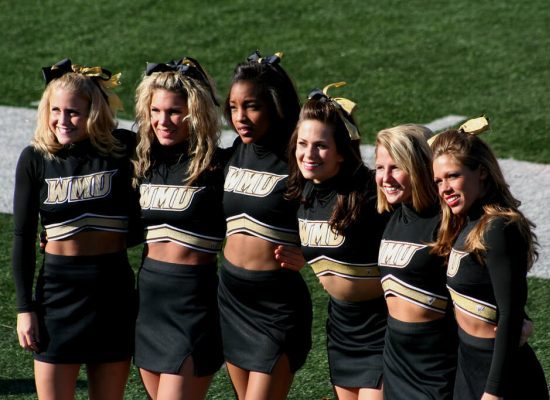 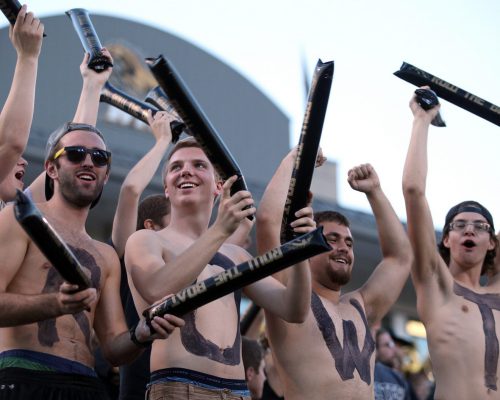 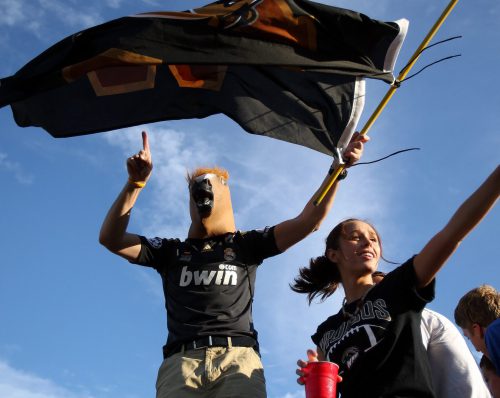 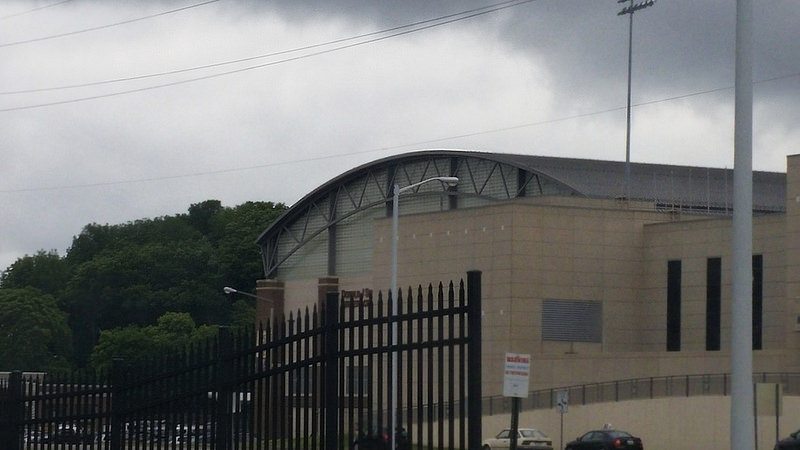 The eight-story tall Seelye Center houses all of the Western Michigan football operations and is also home to the Seelye club seats, which offer an excellent view of the field from the northeast end zone. If not sitting in the Seelye club seats at the very least take a minute to look at the list of All-Americans listed on the Seelye Center to pay tribute to some of the greatest Broncos of all-time including Greg Jennings and John Offerdahl. 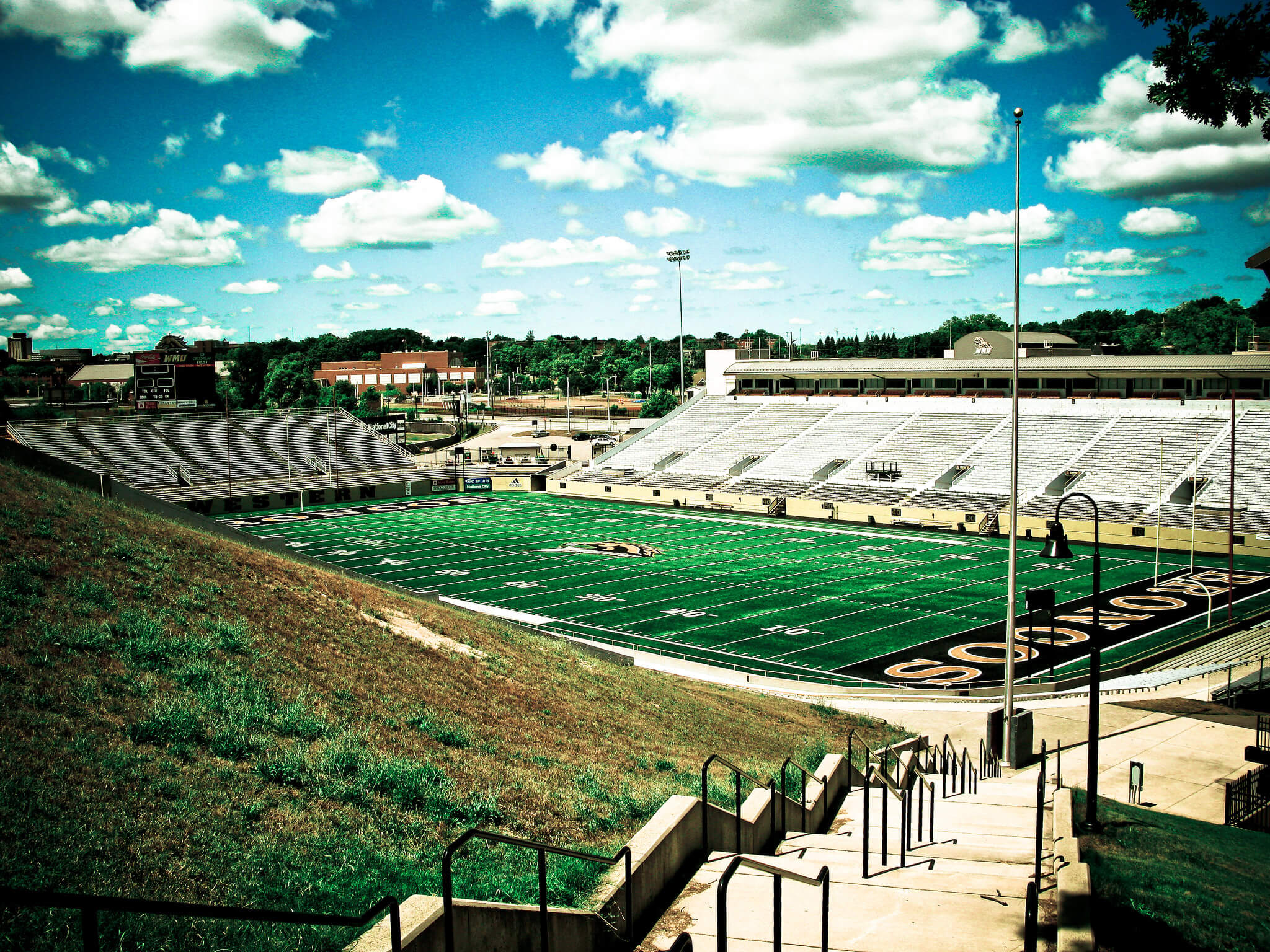 The hills located on both sides of the main grandstand at Waldo Stadium offer a great place for fans to hang out during the game. Regardless of whether you’re sunbathing during the early fall or making snowballs late in the season the hills always offer a fun place to take in a Broncos game. 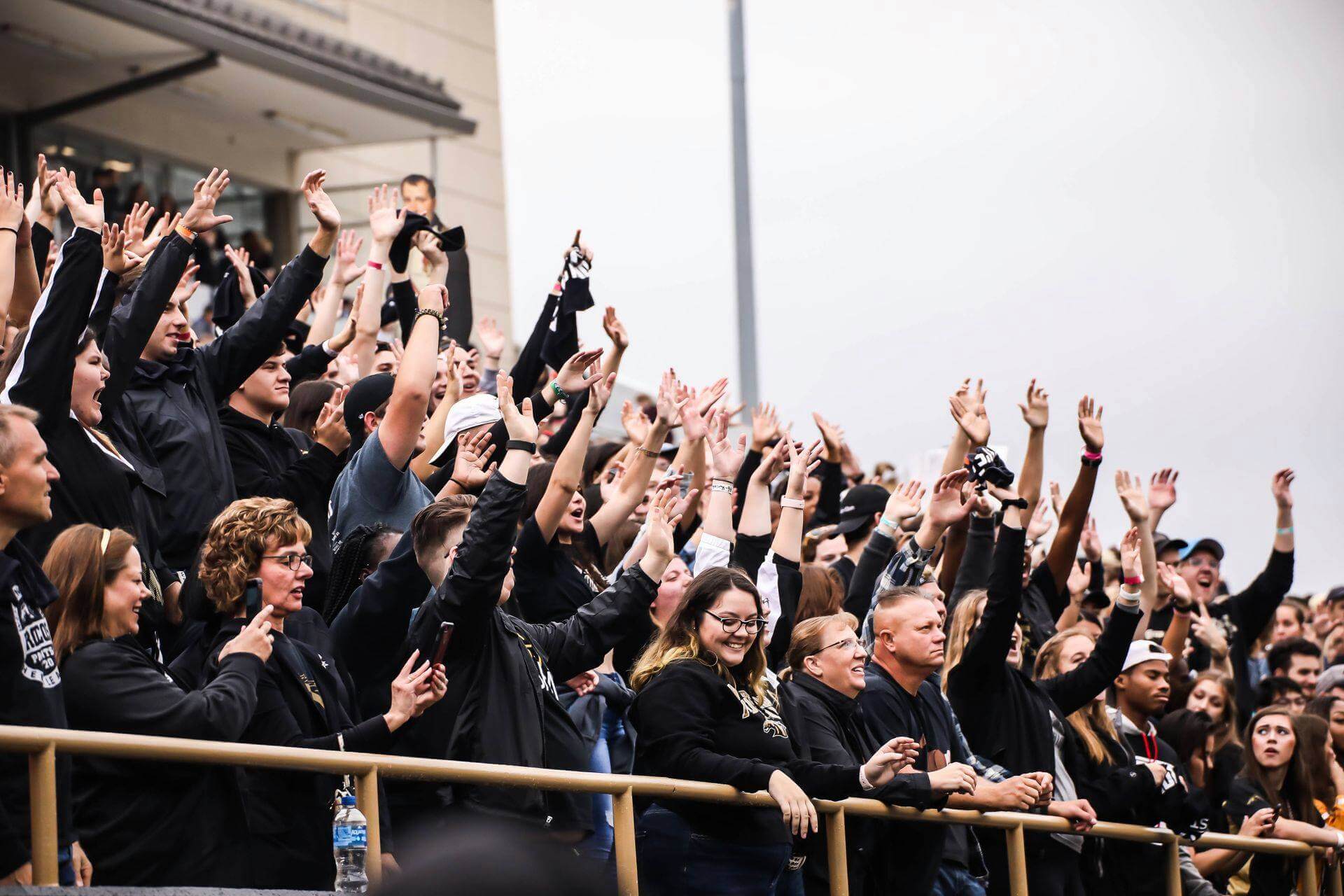 Under head coach P.J. Fleck the Row the Boat mantra has become a popular part of Broncos game day. Each game fans start off the fourth quarter by chanting ROW ROW ROW and performing a rowing motion. 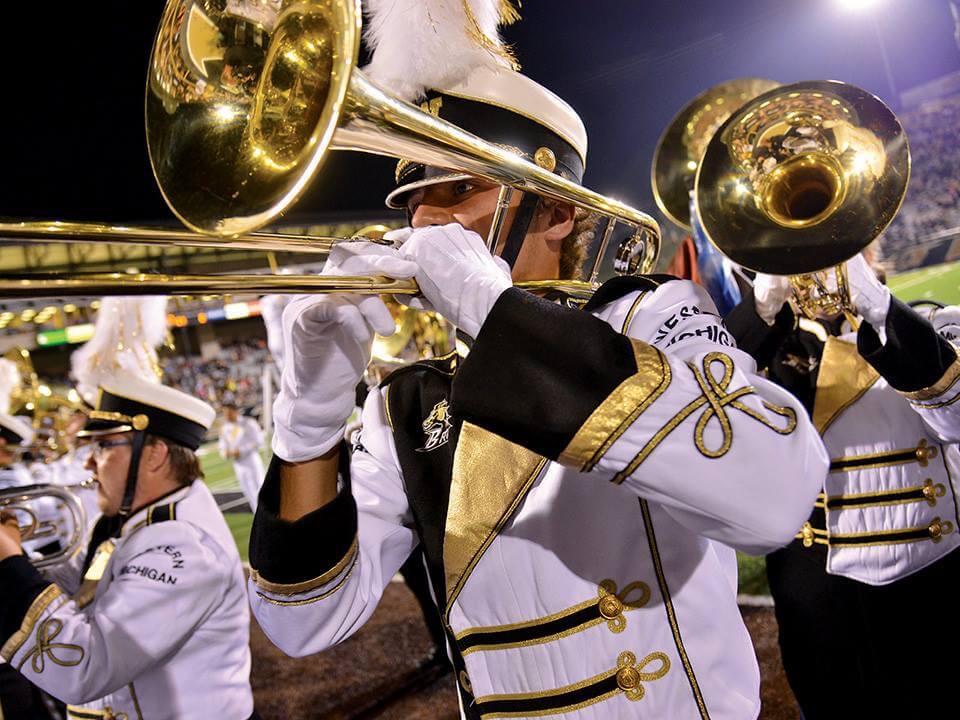 The Bronco Marching Band put on an outstanding show throughout the game keeping the atmosphere electrified throughout the game. Things get kicked off with the pregame show and only get better from there, so make sure to get to your seat early to get the most out of your Broncos game day experience. 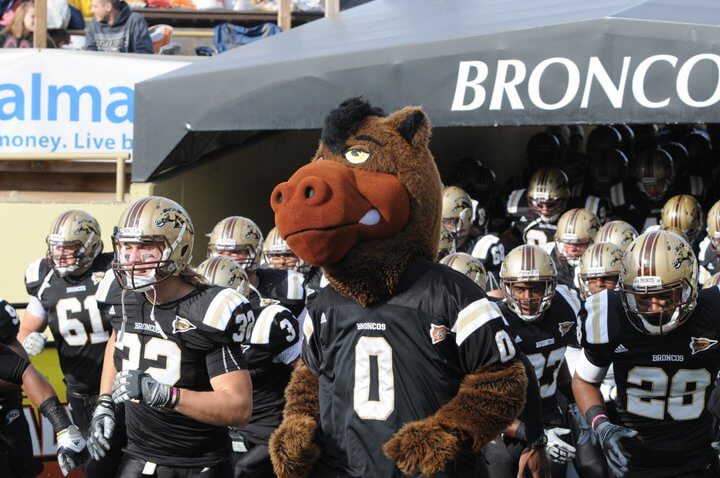 Buster Bronco has been the official Western Michigan mascot since 1988 and has been entertaining Broncos fans ever since. You’ll never know what Buster will do next, so keep an eye out for him throughout the game.