The Top 10 Craziest Fans in the NHL

Jets fans make the experience of attending a Jets game a must for hockey fans everywhere. All throughout the game you’ll hear a variety of cheers and chants and the building is rocking before the puck drops until the final whistle. The second you step into the MTS Centre you’ll be serenaded with “Go! Jets! Go!” chants, so come prepared to get loud and cheer hard when attending a Jets game. 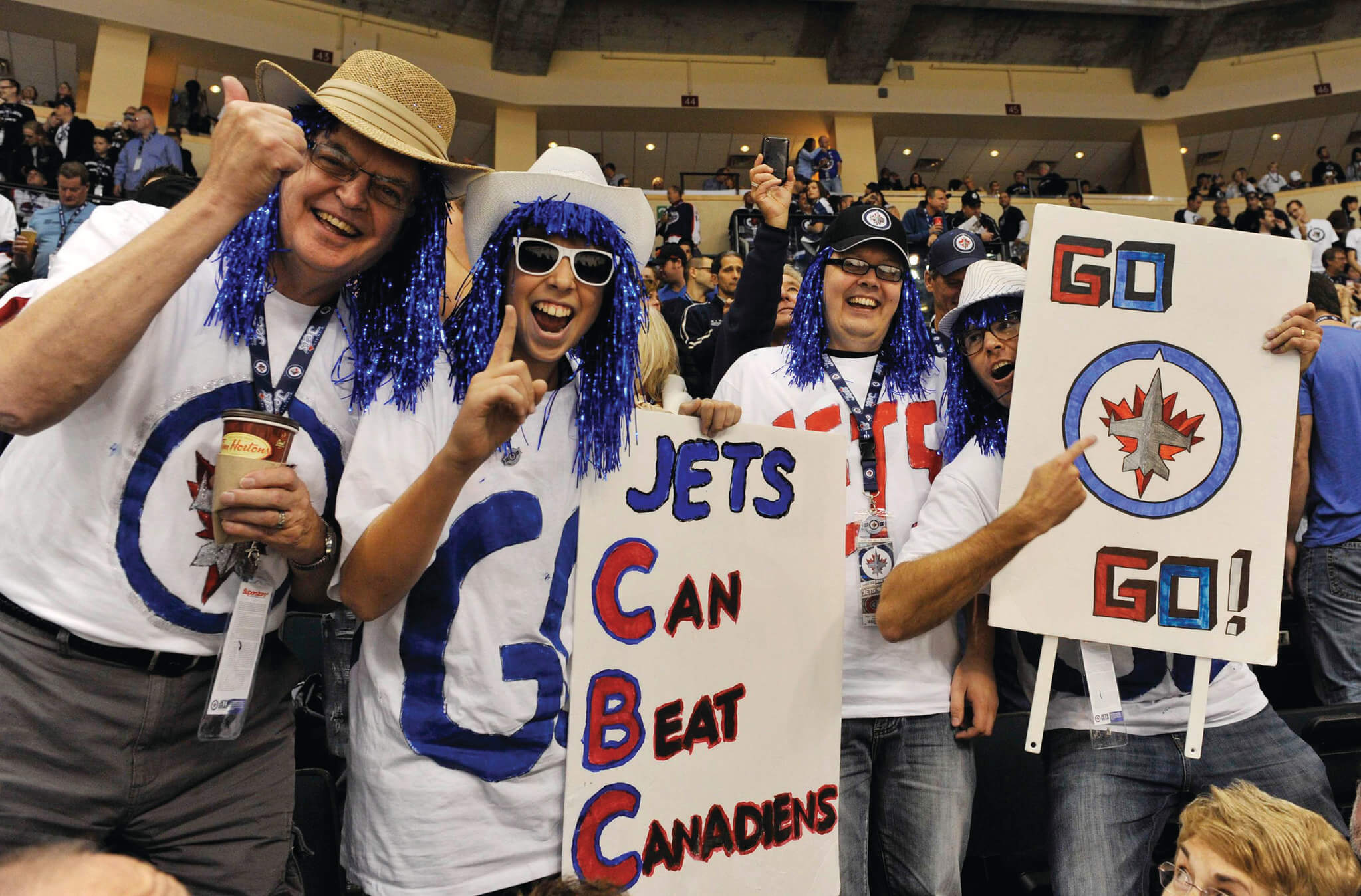 Whether or not it’s a normal game of the finals, the Pittsburgh Penguins always gets their arena full of fans and that only says a lot about the dedication and passion that Pittsburgh fans show for their beloved teams and it’s honestly not hard to see why given the Penguins’ track record in NHL. What’s even more beautiful about this fandom is even if the Penguins have a bad game, these amazing fans will bring nothing but loyalty on the table. 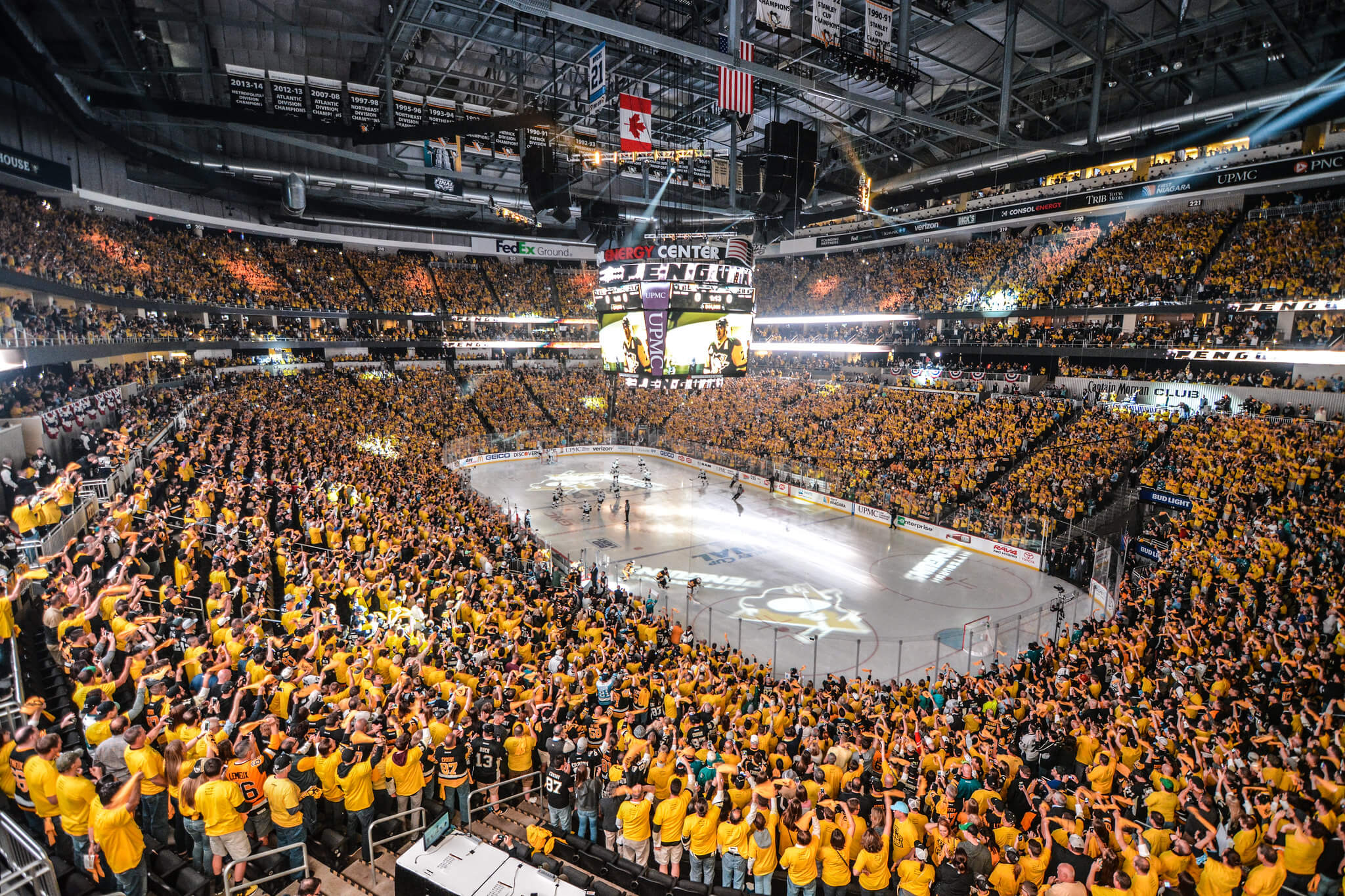 Canada definitely loves their hockey, and The Toronto Maple Leafs fans is one of the biggest examples to prove that. On average, the Maple Leafs bring around 19,000-19,5000 fans in Air Canada Centre and that number is no joke. Attending a game with these fans bring nothing but excitement and passion. You won’t even feel the loss because the fans definitely compensate that with their cheers and dedication. 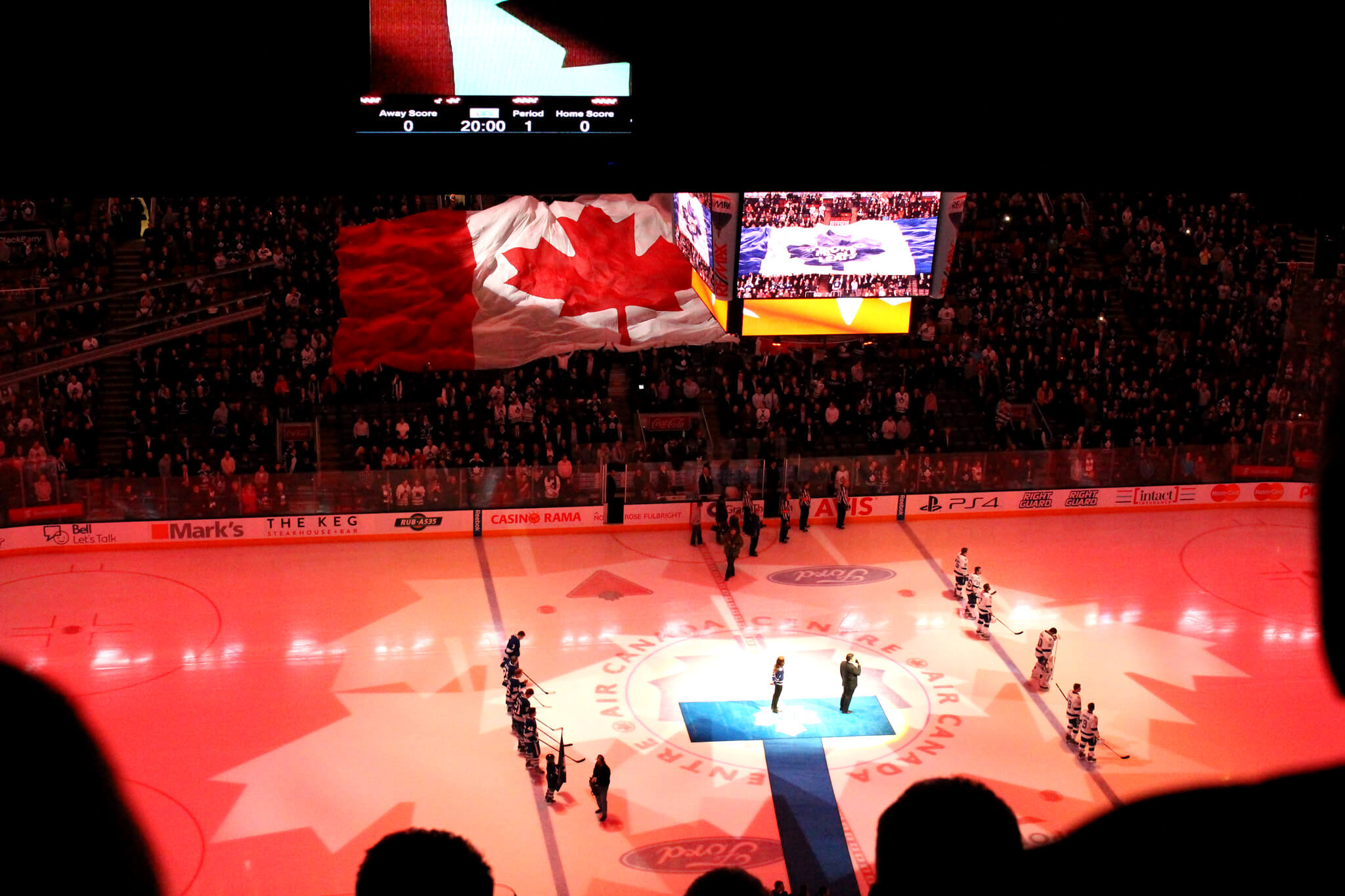 You’ll encounter lots of friendly fans when attending a game at The X. Wild fans are very nice and welcoming meaning you’ll have no problem making friends with the people seated around you. The fans here are also extremely knowledgeable about hockey since Minnesota is known to be where hockey is most popular, so you better match their energy and fervor once you attend a Wild game. 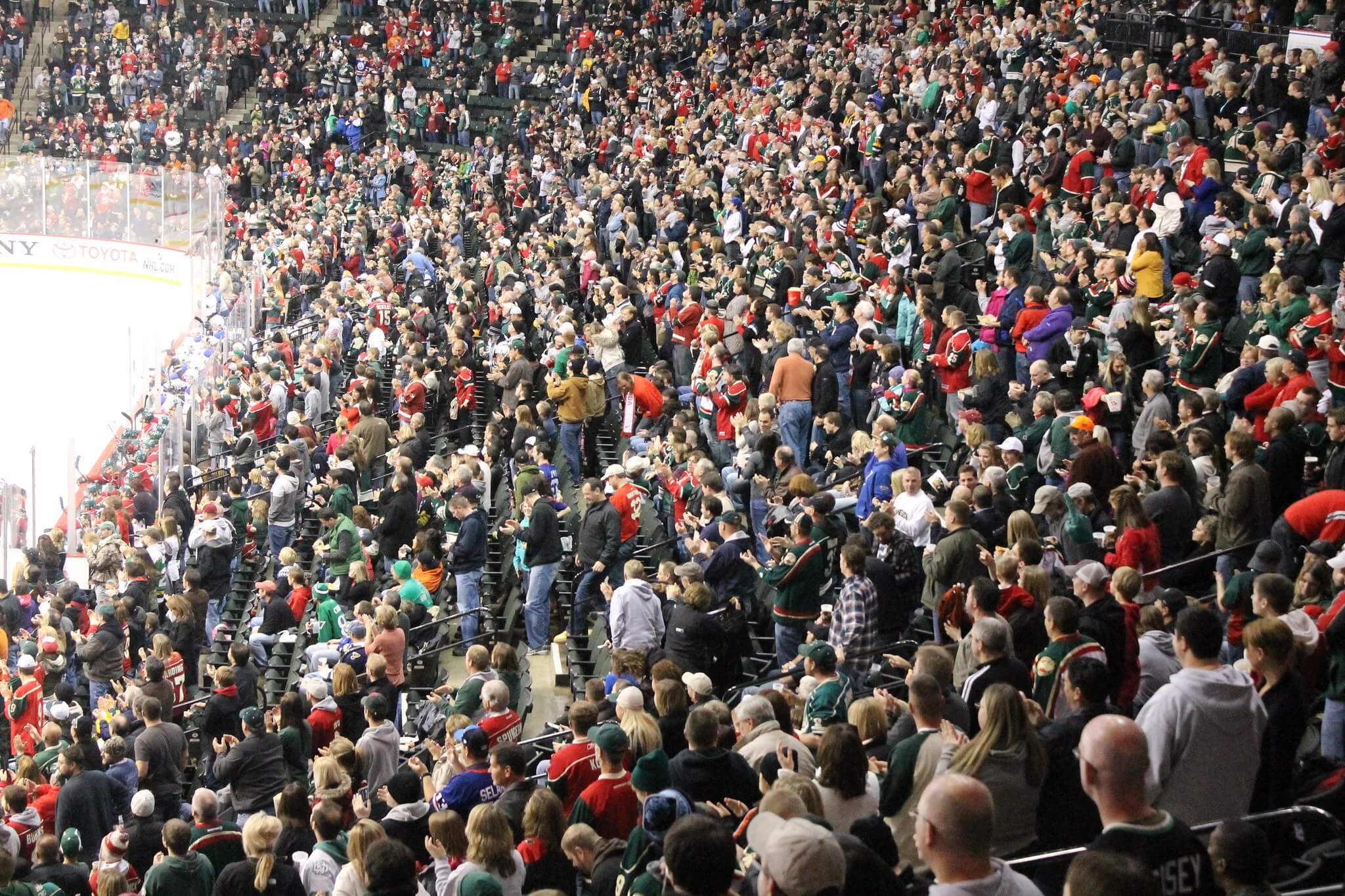 Once you take your seat, you’ll be surrounded by die-hard fans dressed head to toe in Oilers gear. These fans cheer on their team hard but don’t worry if you’re a fan of the visiting team Oilers fans are among the friendliest in the league. You’ll have no trouble making conversation with fellow fans who are friendly and knowledgeable. 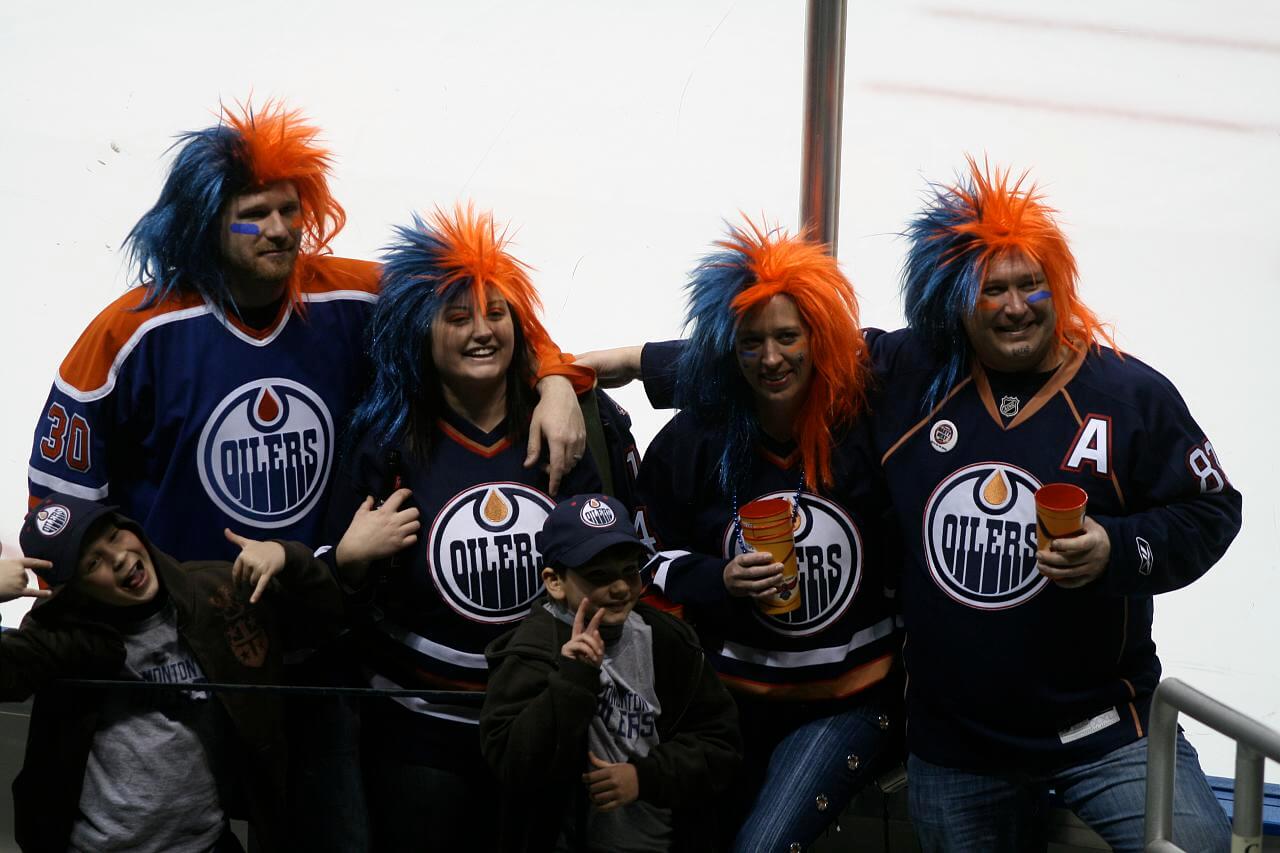 Even by Philadelphia standards, Flyers fans are the most passionate and rabid fans in all of the sports. The fans at Wells Fargo Center proudly wear the black and orange on Flyers game days and will not hesitate to heckle fans of opposing teams. If you’re a fan of an opposing team, particularly the Rangers, Penguins, or Devils, you may want to leave your gear at home when attending a game. That said if you’re a Flyers fan, you’ll find yourself in good company as Flyers fans will embrace their own and will be happy to discuss hockey with other diehards. 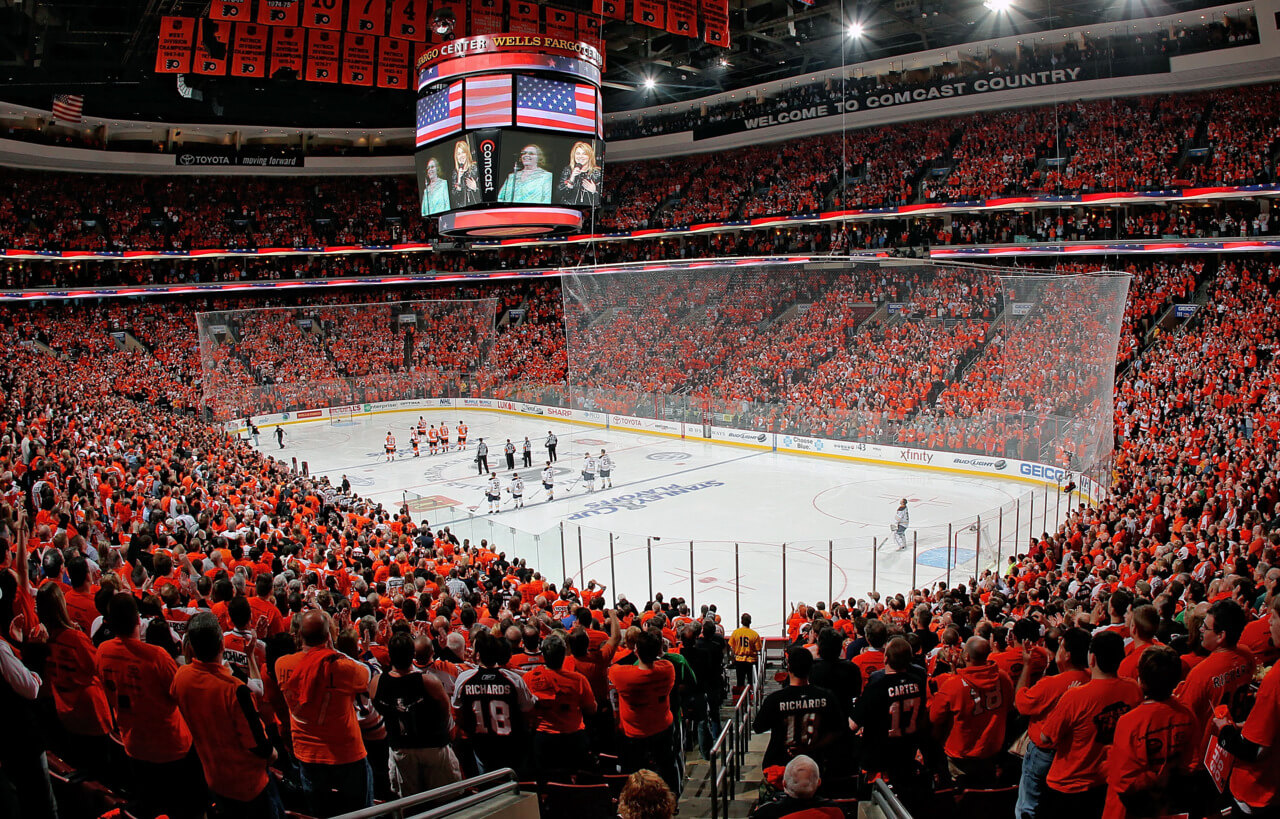 Calgary Flames games in Scotiabank Saddledome are almost always sold out, and the team had an impressive sellout streak from 2004 to 2014, meaning you’ll experience an incredible atmosphere when attending a game at the Saddledome. Flames fans are among the most loyal in the NHL, so no matter how good or bad the team is doing you’ll always find a full house making for a great in-game experience. 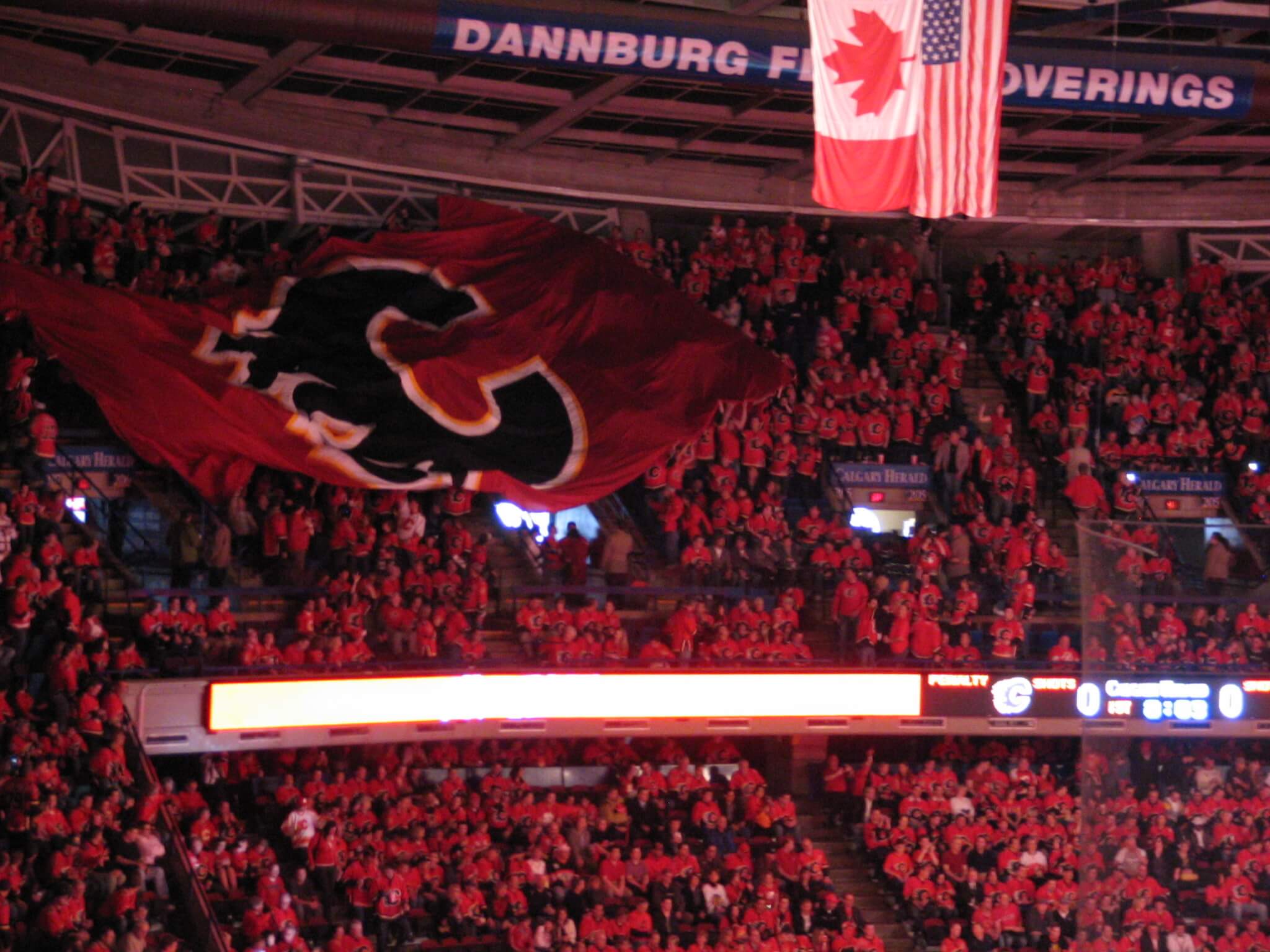 Given the Chicago Blackhawks stellar track record in hockey, you’ll expect nothing but extremely dedicated, active and loud fans. They rake in a ton of fans on average and it’s a wonder to see how each of the section in United Center show off their pride.

The fans are a big part of what makes attending a game at MSG a must-see proposition for hockey fans. The Rangers have been around since 1926 and as a result, have built an impressive following of knowledgeable and diehard fans. Join in on all the chants and cheers at MSG to get the full Rangers game day experience. 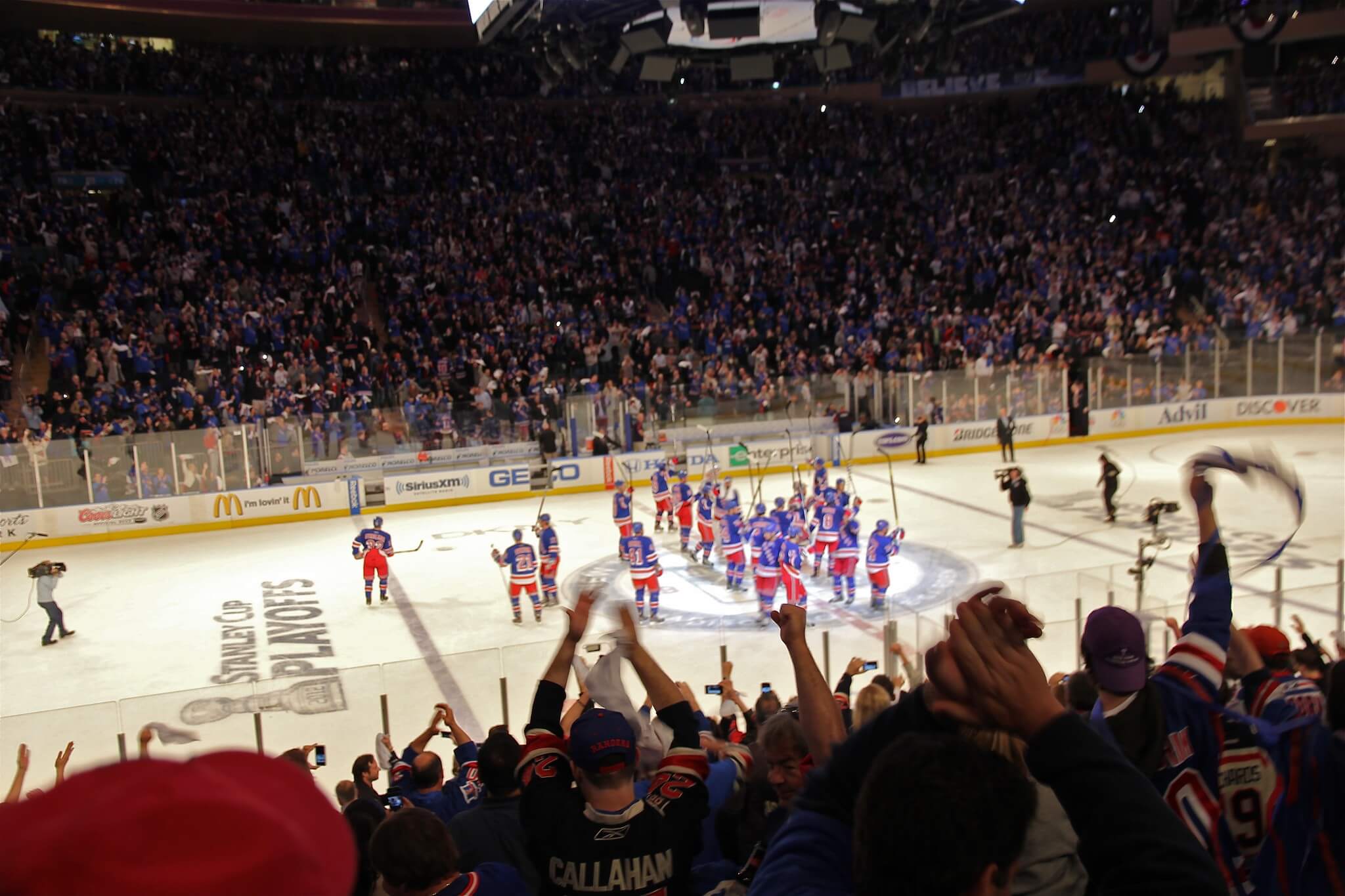 Montreal is home to the most decorated team in the NHL, as well as some of the most passionate fans this sport has to offer. The passion and pride Habs fans have in their team will also make a trip to Montreal an unforgettable experience. The city lives and dies with this team and when inside the arena you’ll be treated to one of the best crowds in the NHL. If the Habs win, you’ll even get the opportunity to take part in their famous “Ole” chant, which is worth the price of admission all by itself. 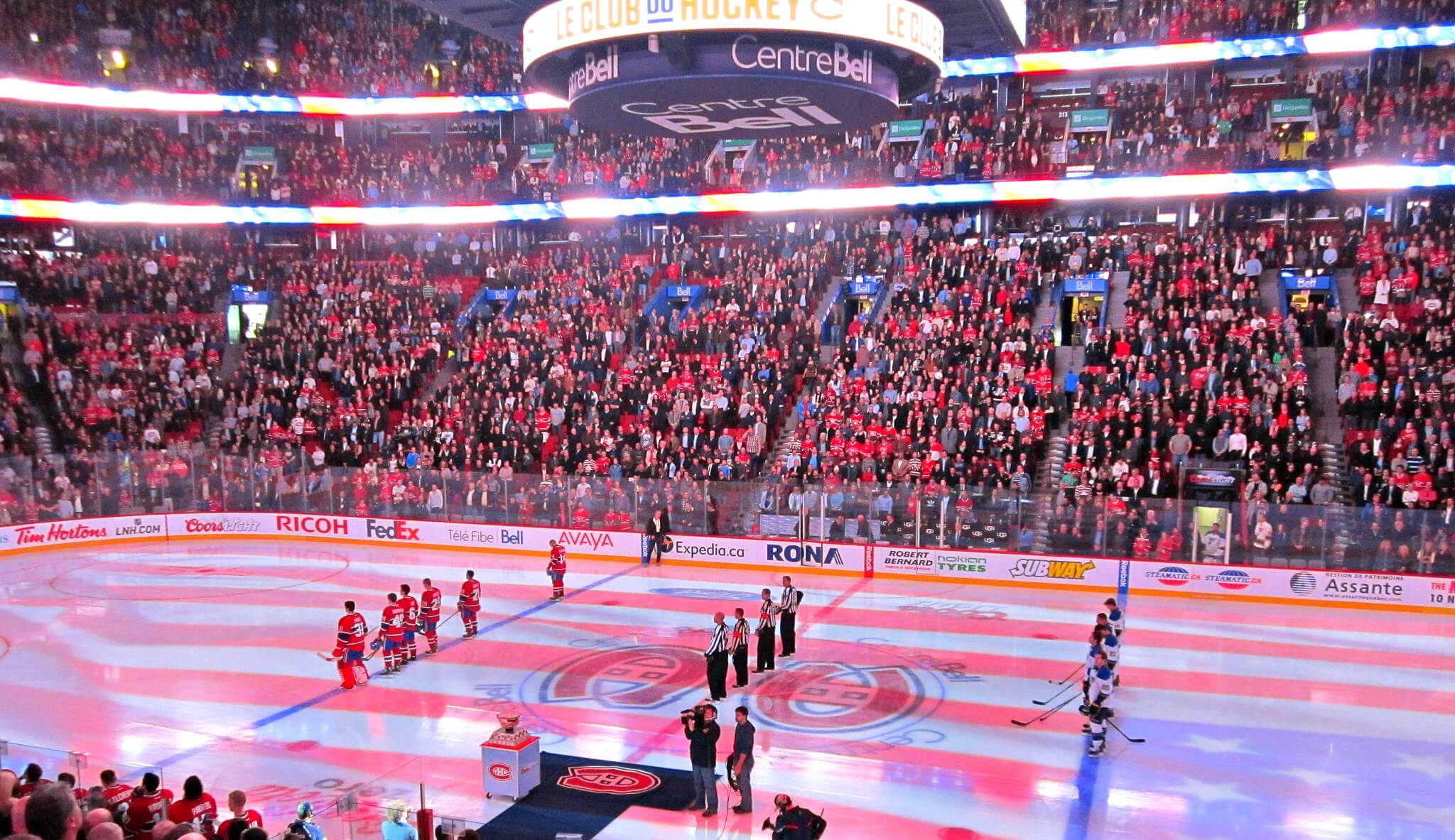