The Commonwealth Cup is awarded each year to the winner of the Virginia Tech vs. Virginia football game. The teams first met in 1895 when the Cavaliers shutout the Hokies 38-0. However, since then the Hokies have made up for that defeat taking a 54-37-5 advantage in the rivalry, while also winning the last 11 meetings. The Hokies hope to keep this trend going in the coming seasons. 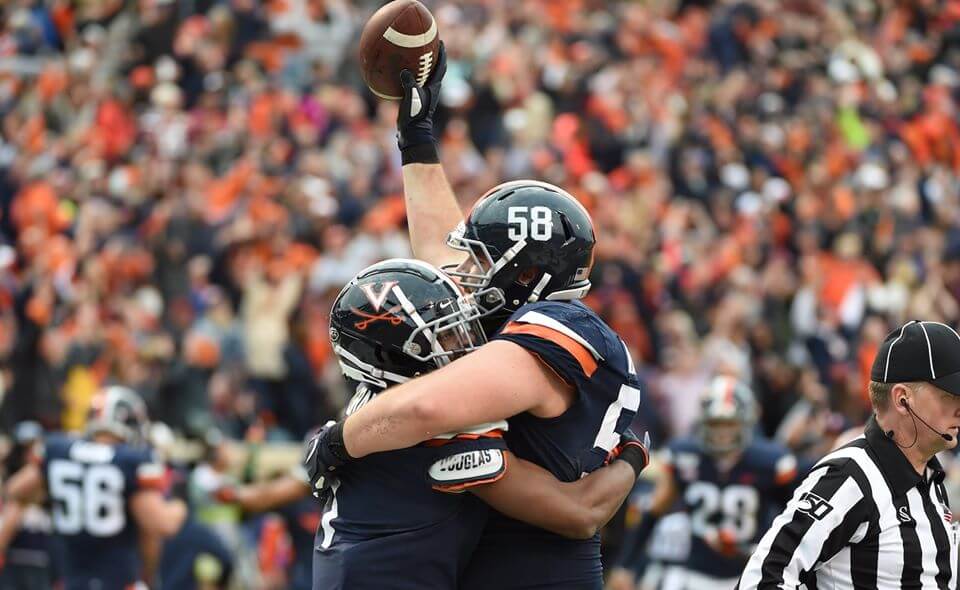 The Hokies and Hurricanes rivalry is unique in that these conference rivals have met in a bowl game not once but twice having faced each other in the 1966 Liberty Bowl as well as the 1980 Peach Bowl. The rivalry was one-sided up until 1995 when the Hokies beat the Hurricanes for the first time. Since then the Hokies have gotten the better of their rivals winning 13 of the last 20 meetings. 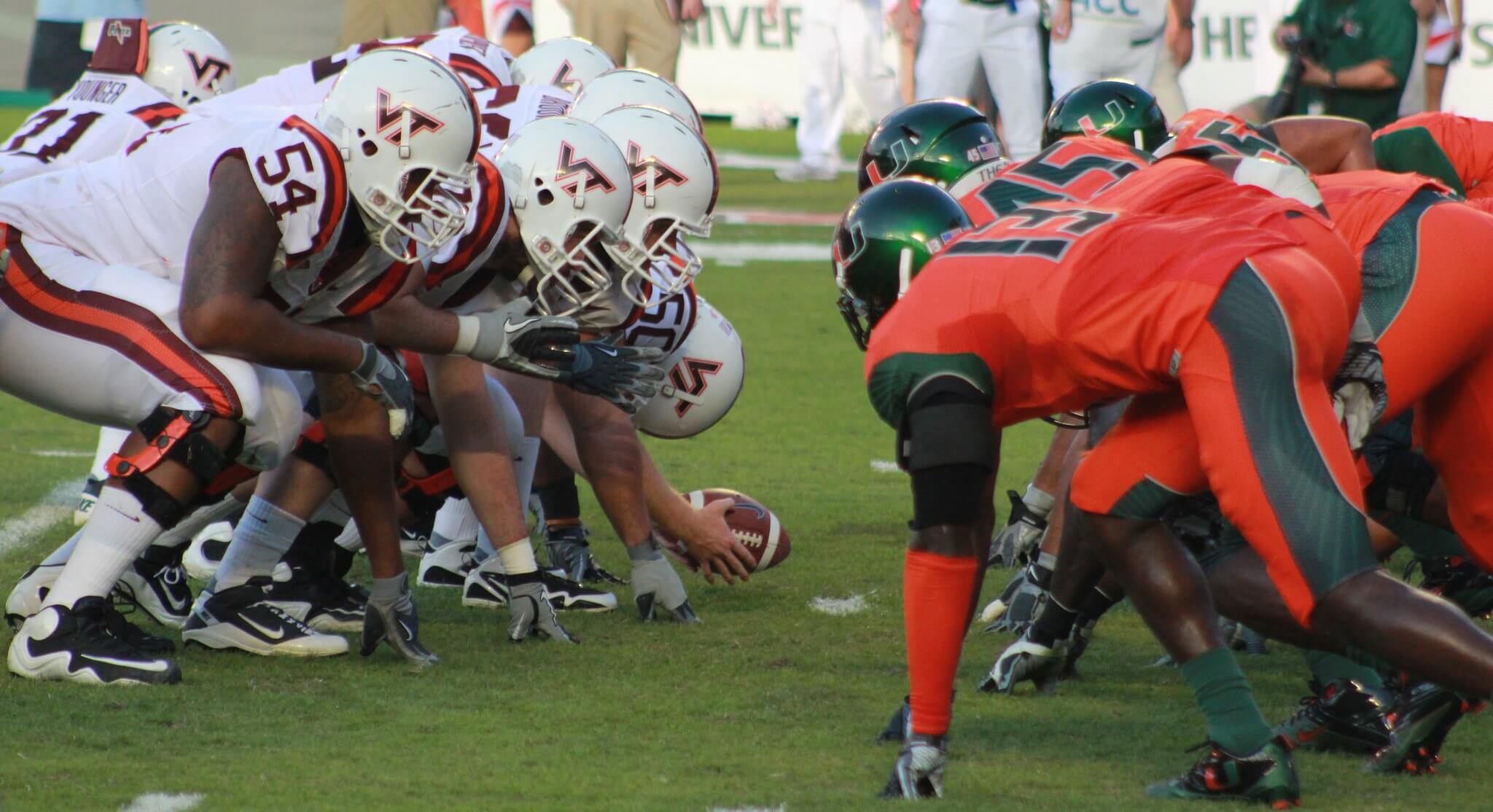 The two teams first met in 1990 when Georgia Tech edged out Virginia Tech 6-3. However, the rivalry did not become a regular thing until the Hokies joined the ACC in 2004. The Hokies and Yellow Jackets have traded off winning the ACC Coastal Division since then further fueling this budding rivalry. 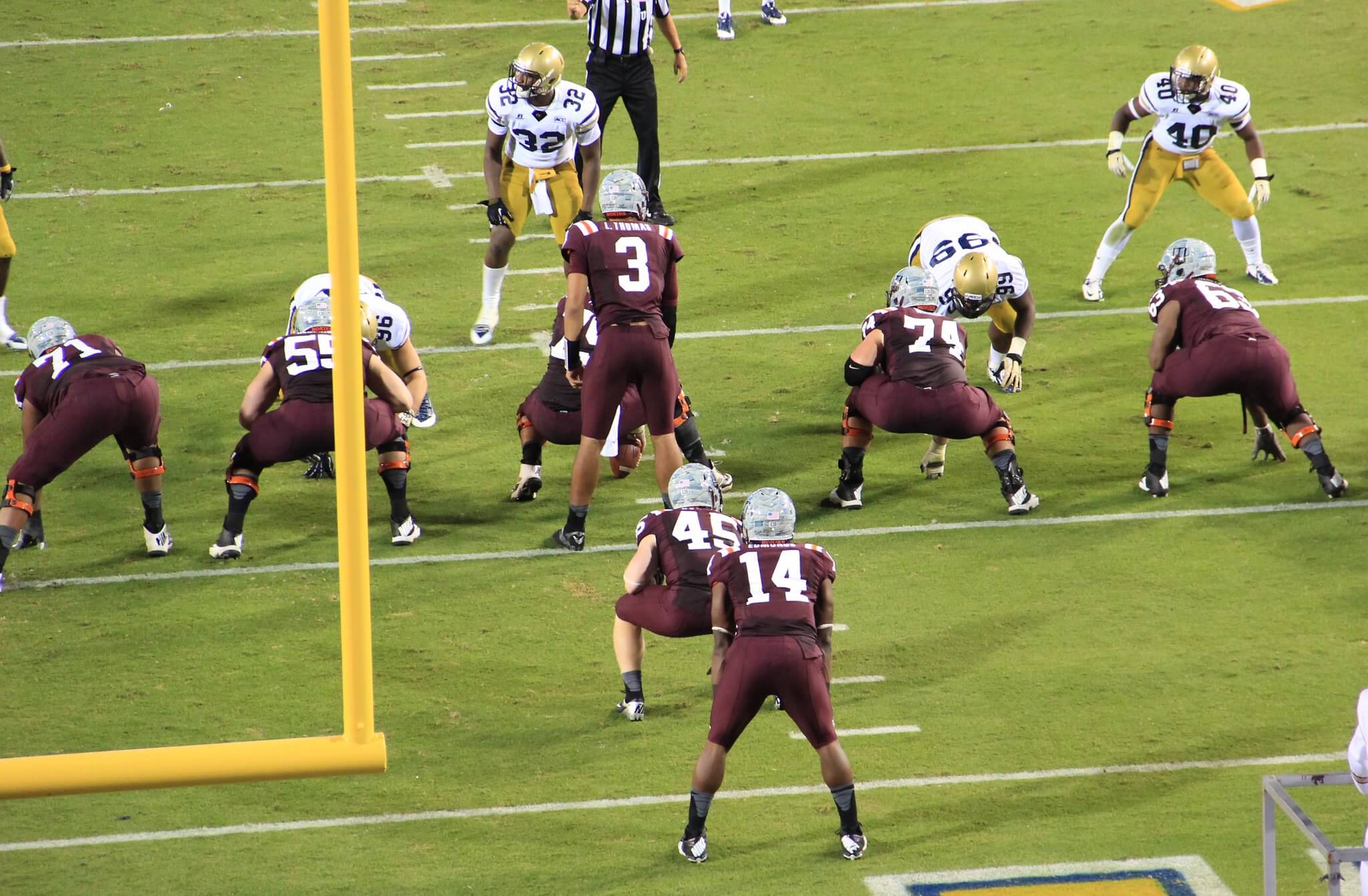 The longest running FBS rivalry in the Southeast began when in 1892, with Virginia winning the first game 30-18 and North Carolina winning the second 26-0. The rivalry is steeped in the historical lineage and academic standards of the two schools, as Virginia is the alma mater of Thomas Jefferson while North Carolina was the first operational state university. North Carolina leads the all-time series 61-54-4 and hopes to extend that lead this year. 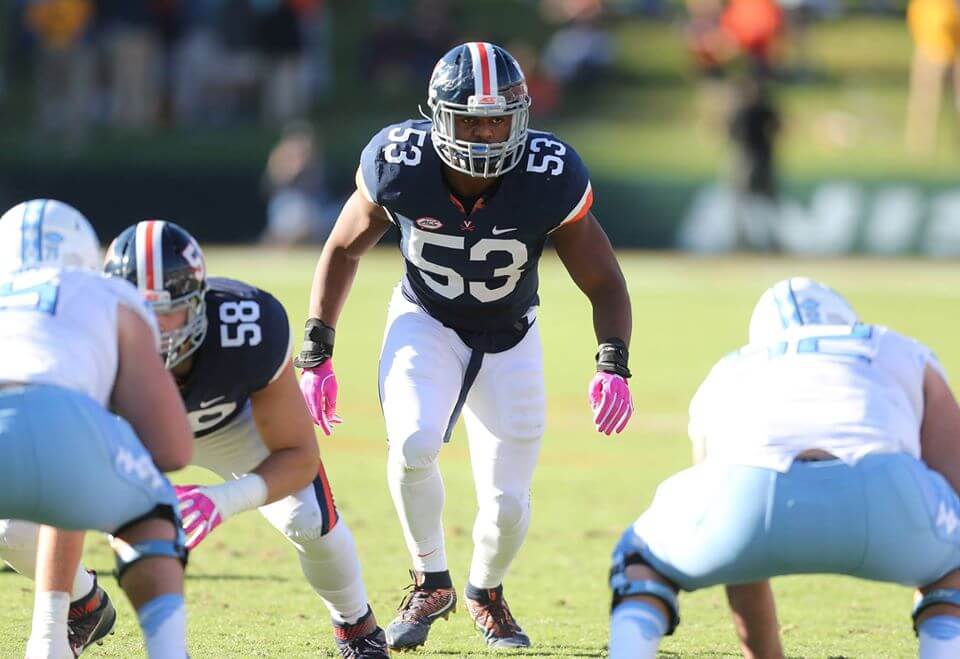 The Duke-North Carolina rivalry is one of the fiercest rivalries in college sports. While the rivalry on the basketball court may get the most publicity, there is still a healthy rivalry between these two schools on the gridiron. The two schools first played each other in 1888 when the Blue Devils shutout the Tar Heels 16-0. The rivalry had grown since then and saw the addition of a rivalry trophy in 1948 when the two schools began playing for the Victory Bell. Carolina holds the all-time series lead 43-22-1, but the Blue Devils will look to narrow the gap when the two teams meet this season.

These two schools first met in 1951 when the Hurricanes beat the Seminoles 35-13. Since then the series has been close with Miami holding a slight 31-28 all-time lead. However, the Seminoles have won the last five in a row. This rivalry has been particularly heated since the late 1980s as both teams have found themselves near the top of the rankings in recent years. Field Goals have been particularly pivotal in the rivalry having decided several of the most famous contests including Wide Right I, II, III, and IV as well as Wide Left. 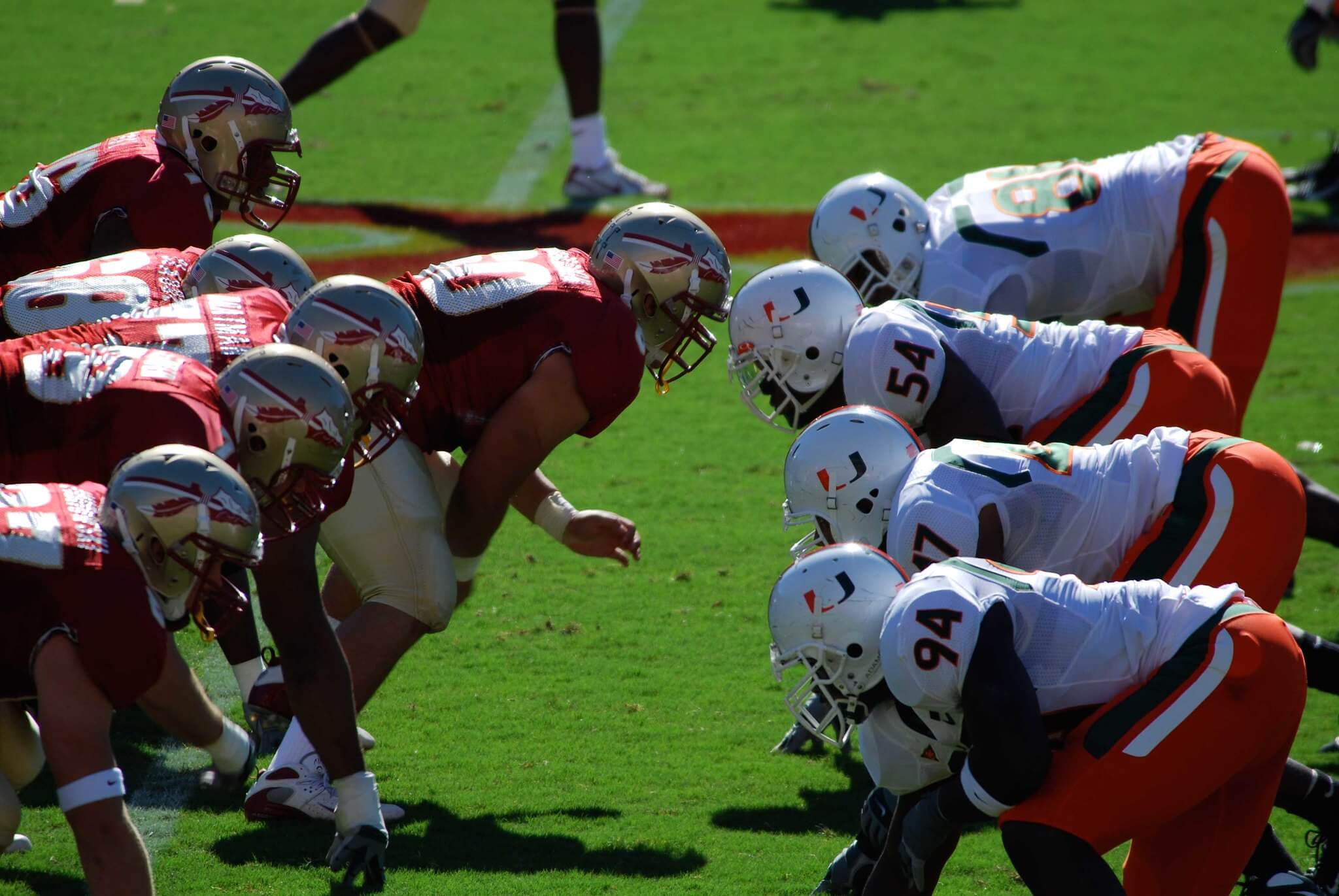 The Tigers and Yellow Jackets rivalry began in 1898 when Clemson shutout Georgia Tech 23-0. Since then Tech has owned the rivalry racking up a 50-27-2 all-time record against the Tigers. The two schools have met every year since 1983, often deciding the ACC champion. The Tigers will look to narrow the gap this season when the two teams meet.

Clemson and Boston College are relatively new rivals as the two did not meet yearly until 2005 when BC entered the ACC. The rivalry has gotten more intense over the years though as in 2008 the O’Rourke-McFadden Trophy was introduced. The two schools first met in 1940 when Clemson beat Boston College 6-3 in the Cotton Bowl. The Tigers hold a slender 13-9-2 lead all-time and hope to increase that lead in the coming years. 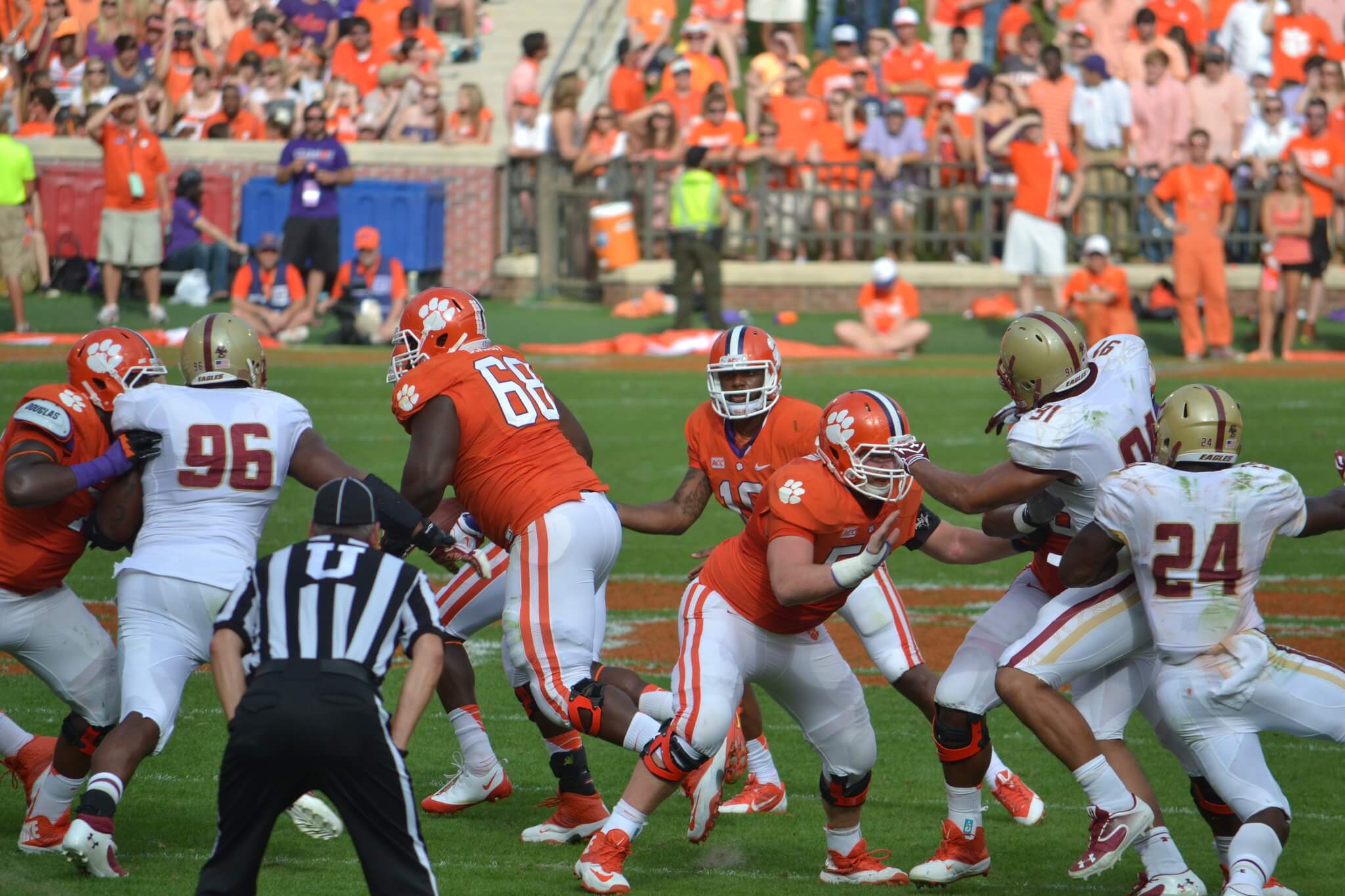 The Wake Forest-UNC rivalry is the oldest rivalry in the state of North Carolina as the two schools have been playing each other since 1888 when Wake Forest took down the Tar Heels 6-4. Things haven’t quite gone the Demon Deacons way though recently as the Tar Heels own the overall series record with a 68-35-2 record. The 2019 meeting will mark the first time that two teams from the same Power 5 conference will schedule one another as non-conference opponents. 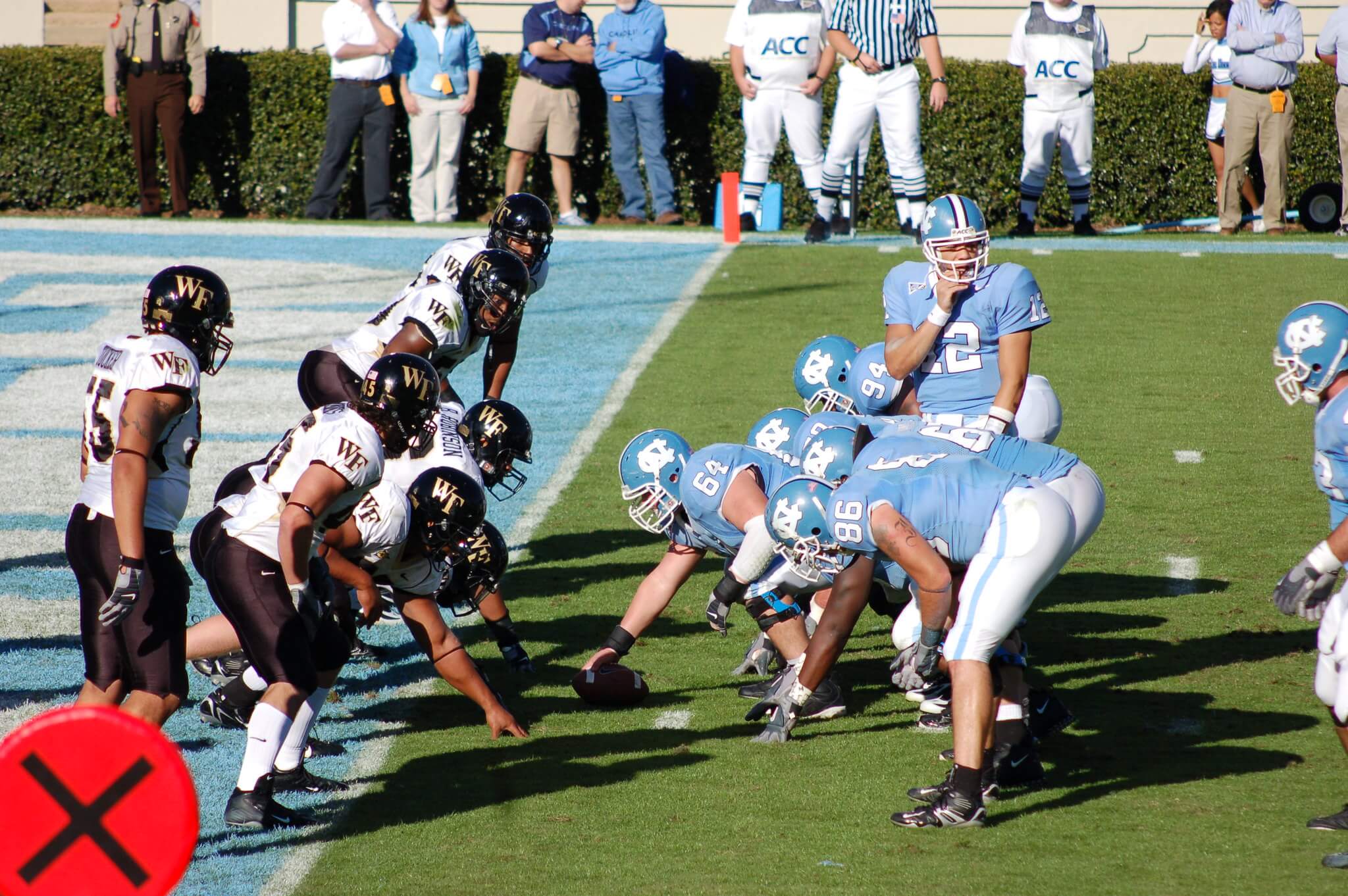 The Tar Heels and Wolfpack having been battling it out on the gridiron for over a century as these two teams first met in 1894 when North Carolina shutout NC State 44-0. The Tar Heels would dominate the rivalry for the next sixty years. However, things have been more even recently as the Wolfpack have won six of the last eight meetings.