The Territorial Cup is awarded annually to the winner of the Arizona-Arizona State game. These two instate rivals have been fighting for the Territorial Cup since 1899 making it the oldest rivalry trophy in the NCAA. The two teams began playing annually in 1925 and over the decades the Wildcats have amassed a 48-39-1 lead over the Sun Devils. 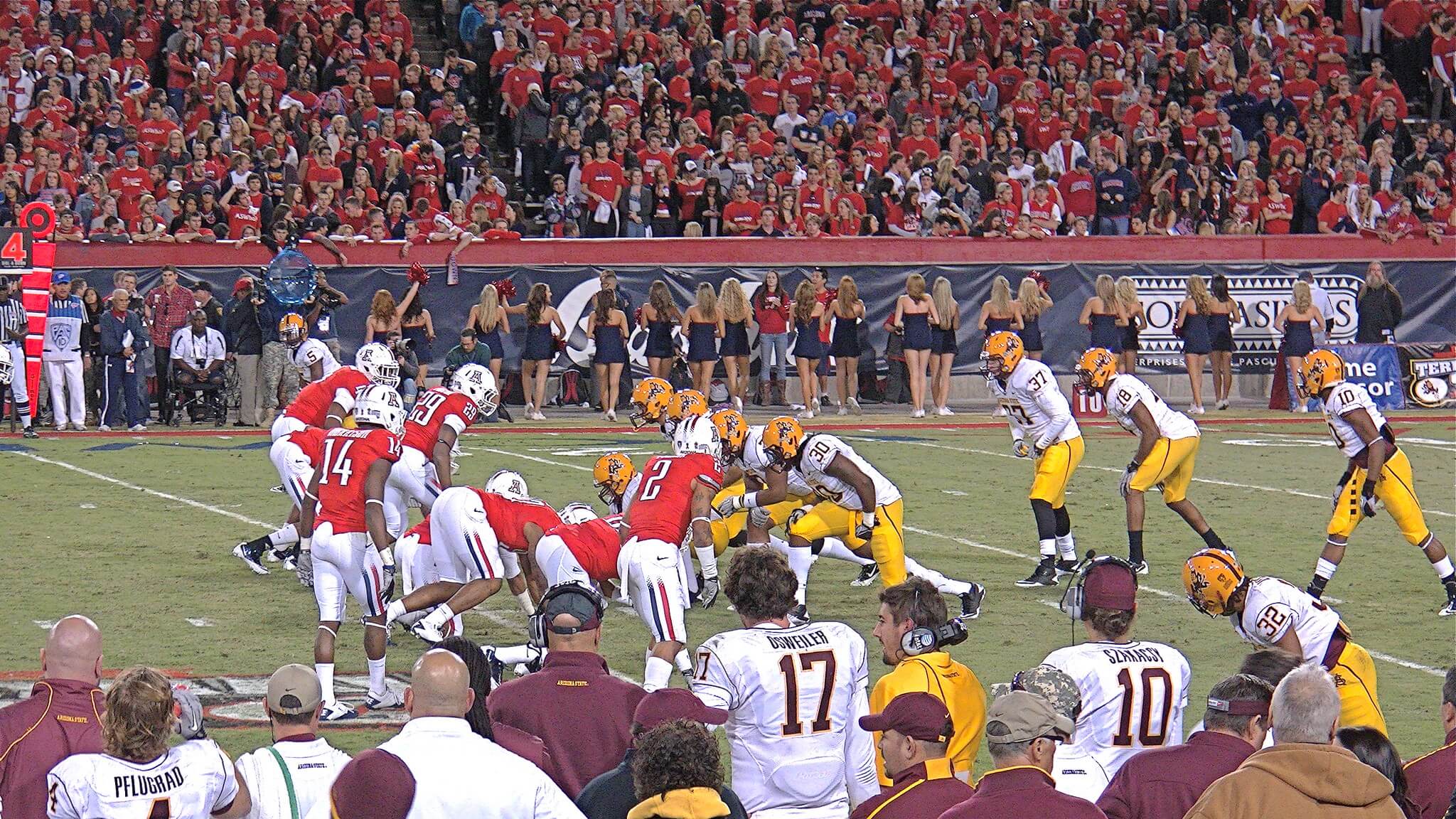 2. Utah vs Colorado (Rumble in the Rockies)

Colorado and Utah played every year from 1903-1962. However, the rivalry remained dormant until conferences realigned in 2011. The rivalry has been reignited since as both teams currently play annually in the Pac-12 South. Colorado leads the all-time series 31-27-3 and will look to extend their lead when these teams meet next. 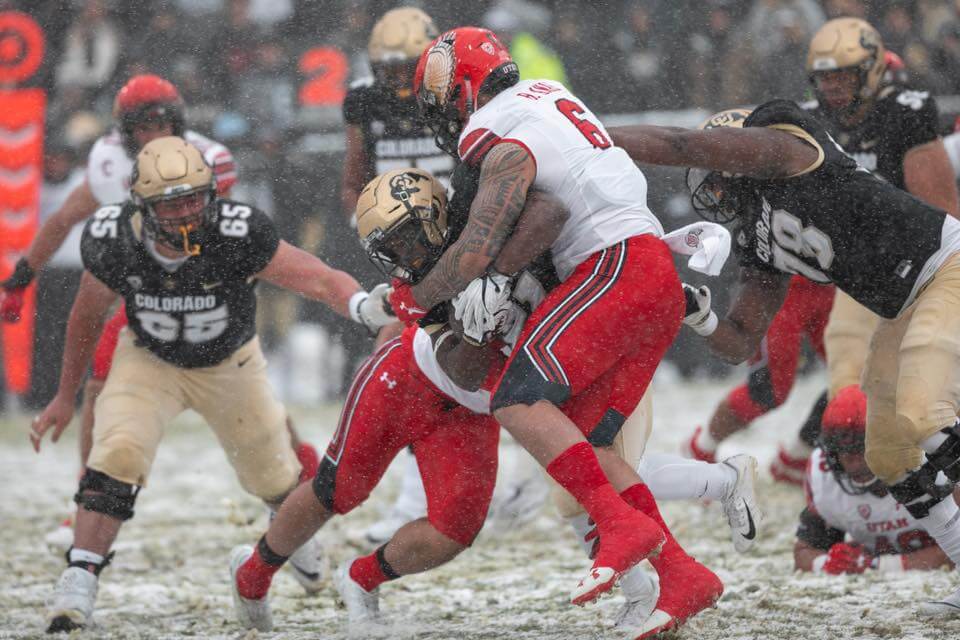 Washington and Washington State play annually for the Apple Cup. The rivalry began in 1900 when the Huskies and Cougars tied 5 all in Seattle. The two teams started playing every year in 1946 with odd years being played in Seattle and even years in Pullman. The Huskies hold a 69-32-6 all-times series, but the Cougars will look to narrow the gap when the two teams meet this season in Seattle. 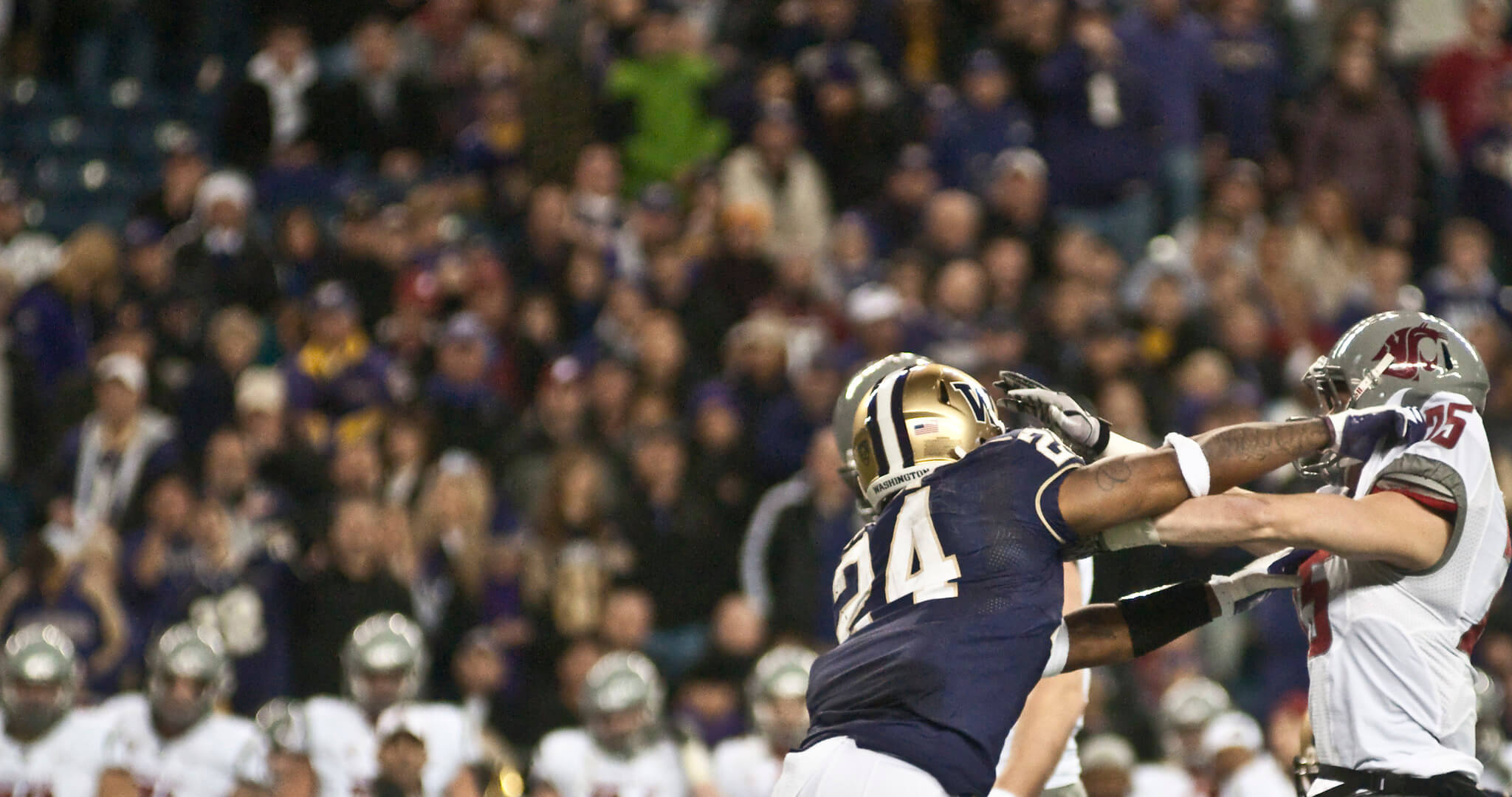 The term cross-town rivalry doesn’t accurately describe how interconnected these two fan bases are and thus the intensity of this annual rivalry. The two schools are both located in the city of Los Angeles with just twelve miles separating the two campuses. During a few seasons in the 1980s the two schools both played their home games at the LA Coliseum, and as a result, when they played each other both teams wore their home uniforms. This tradition was revived in 2008 despite the fact the two schools no longer share a venue. The winner of this annual matchup has been awarded the Victory Bell since 1941. USC is leading the trophy series 39-31-4. 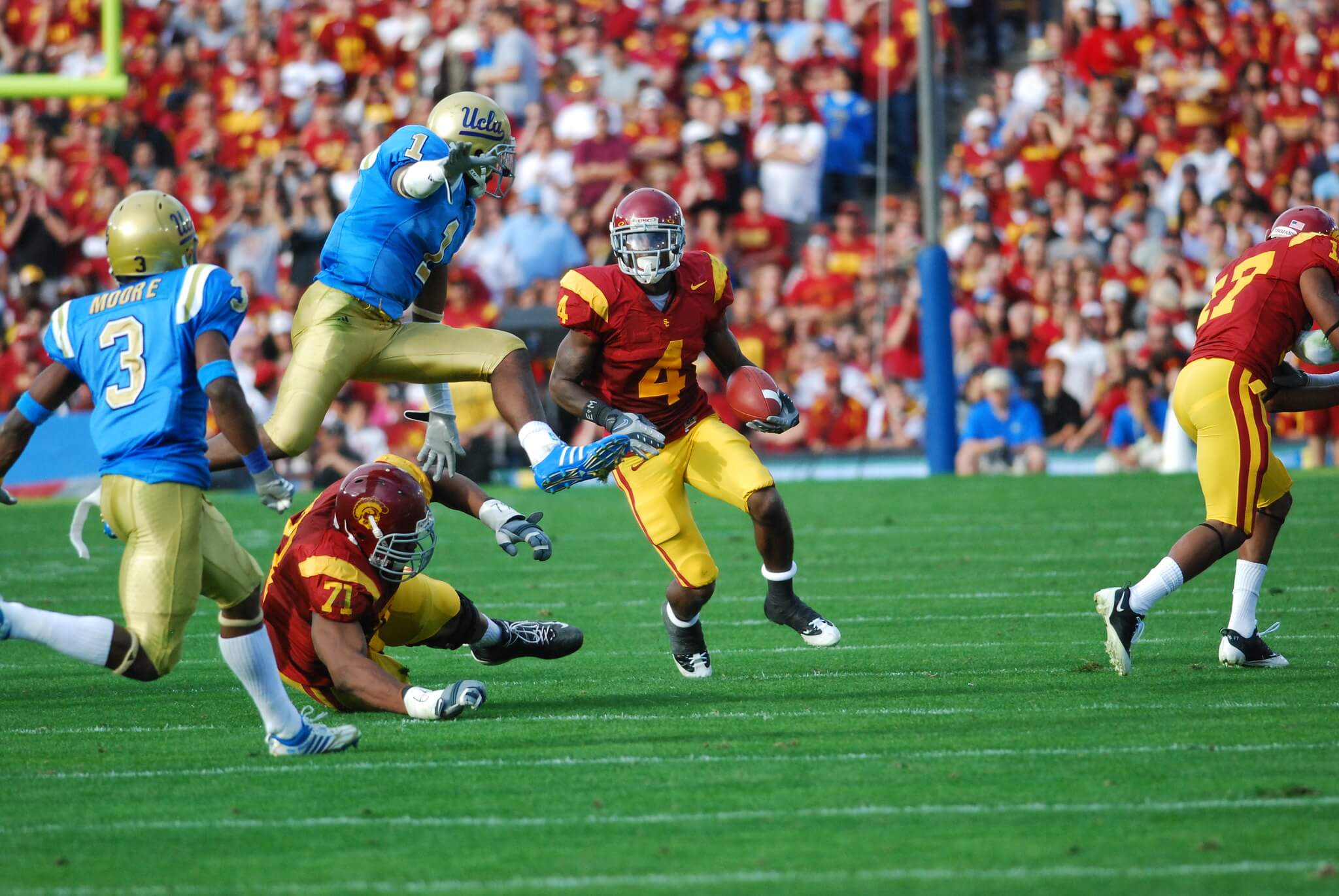 The University of Oregon is Oregon State’s fiercest rival as the proximity between the two campuses means many make the trip from Eugene to Corvallis and vice versa. The rivalry is also one of the oldest in college football as the teams have met 114 times since 1894. The winner of each year’s matchup takes home the Platypus Trophy, which was lost for 40 years until it was found in 2005. Oregon holds a 60-46-2 series lead and has won the last seven meetings. 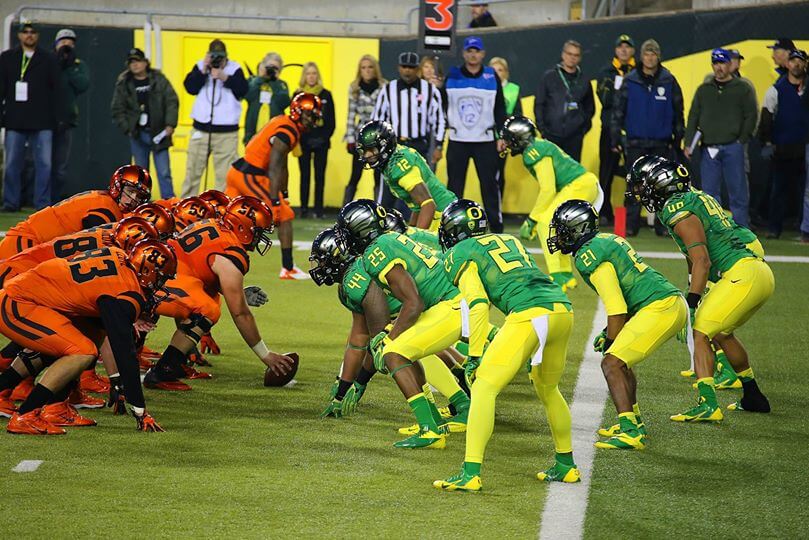 6. California vs Stanford (The Big Game)

The Stanford Cardinal have been Cal’s arch rivals since 1892 making it the oldest college football rivalry in the West. The rivalry had produced many memorable moments over the years with the most famous coming in 1982 when the Cardinal band entered the field with time left to play as Cal returned the game-winning touchdown. Stanford holds the all-time series lead is taking home the Stanford Axe in 60 of the schools’ 117 meetings. If you can make it to only one Stanford game, then The Big Game is the one to see. 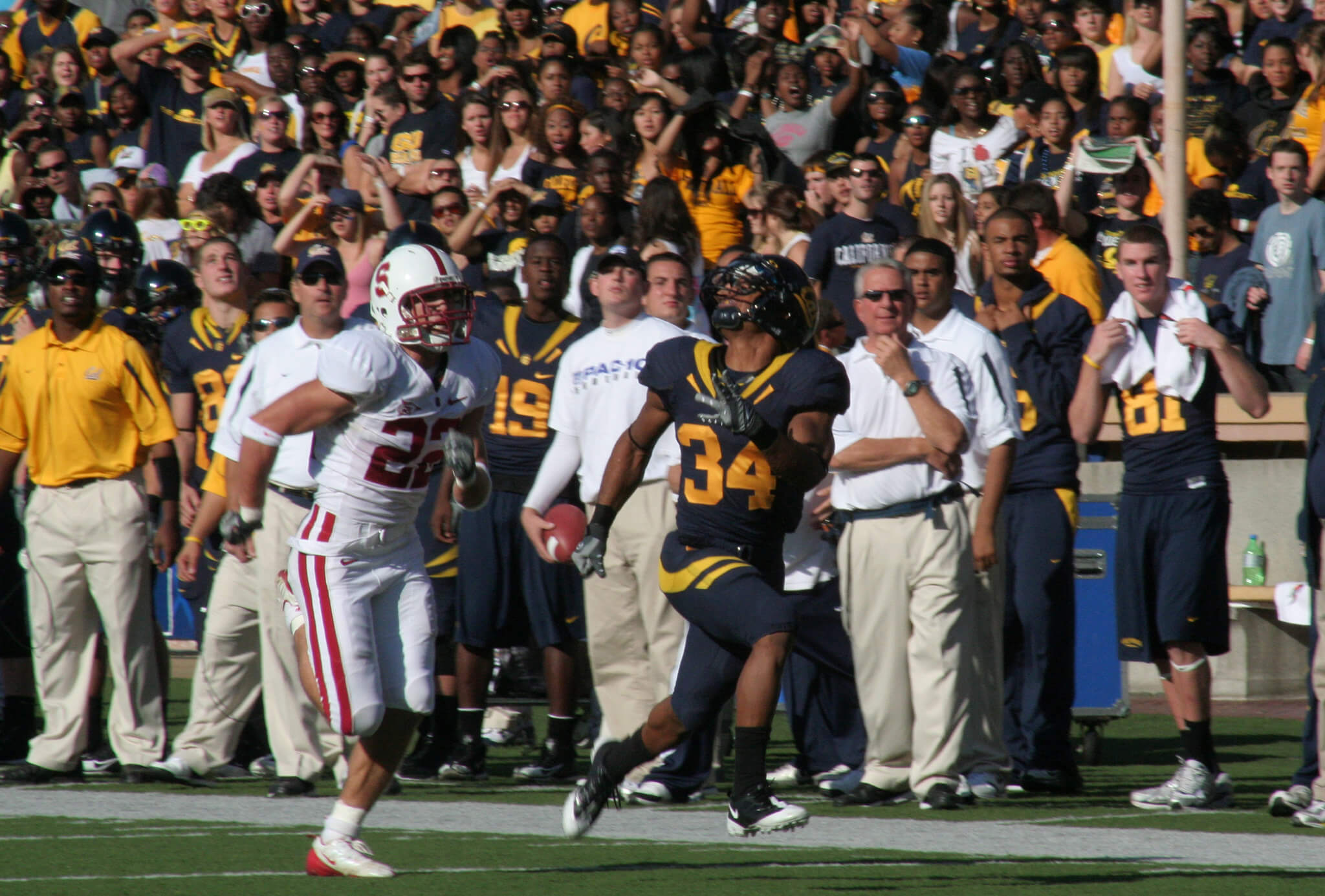 The Stanford – USC rivalry stems from the fact that these two schools are the only two private schools in the Pac-12. The rivalry dates back to 1905. However, the things didn’t kick off until 1919 when the teams began playing annually. Recently both schools have upset each other to prevent possible national championship berths with #21 Stanford taking down #2 USC in 2012, while USC beat #5 Stanford in 2013. 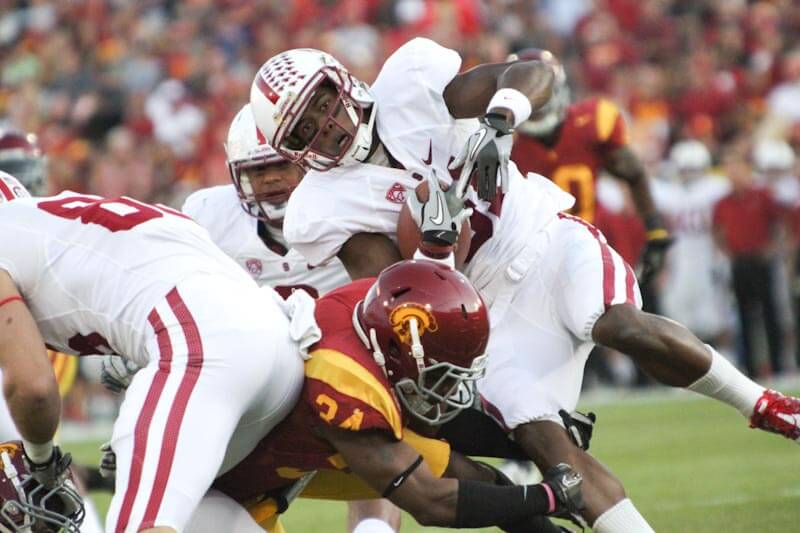 Cal and UCLA have been duking it out for ages to lay claim to being the best University of California system school on the gridiron. The two teams first met in 1933, which resulted in a 0-0 tie. The Golden Bears trail the all-time series 52-32-1 and will look to end the Bruins current two-game winning streak when these teams meet next. 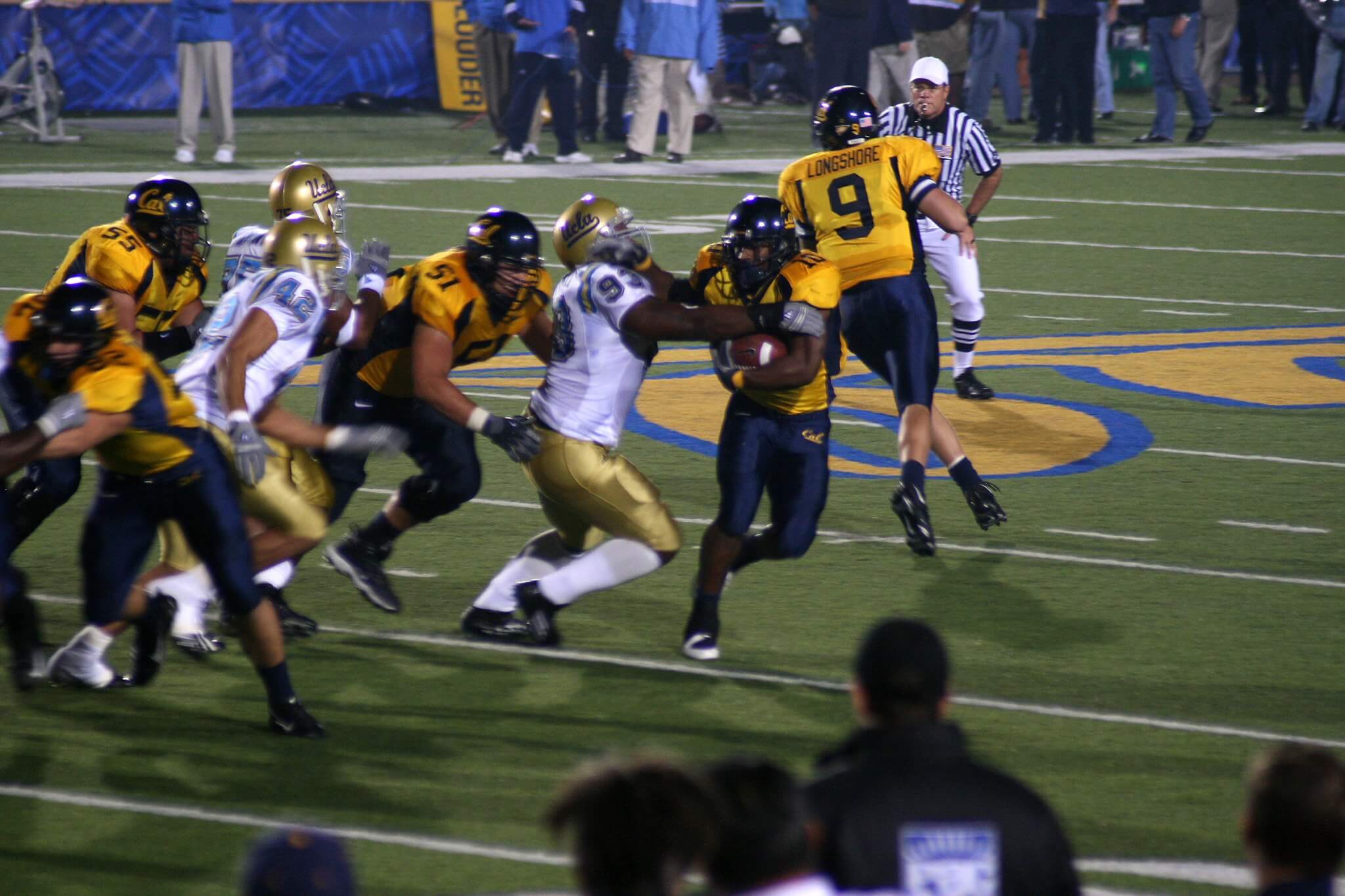 Oregon State has a long-running rivalry with both the Washington Huskies and the Washington State Cougars. They proximity of Oregon to Washington means fans from these two schools always who make the trip to Corvallis in masse. The Beavers have been playing the Huskies since 1897 and the Cougars since 1903. Initiated in 1900, the Oregon State and Washington rivalry predates the first Apple Cup as well as Oregon and Washington games. Former Huskies coach Rick Neuheisel named the rivalry “Northwest Championship” to describe this four-team competition in the 2002 season. 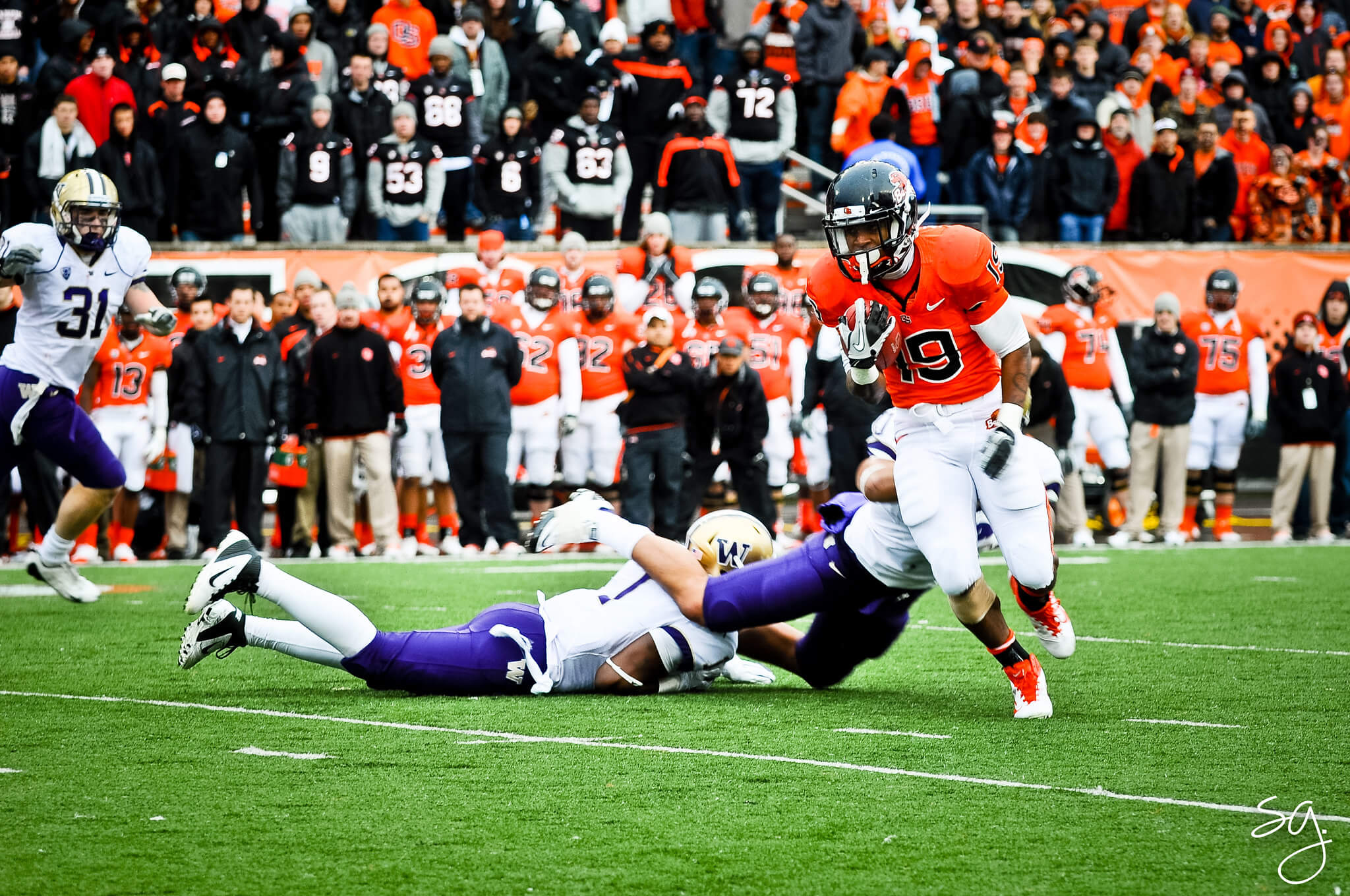 The rivalry between Washington and Oregon is one of the most played rivalries in college football having begun in 1900. The rivalry got more heated in 1948 when Washington persuaded the University of Montana to vote for Cal as conference champions over Oregon. Over the years there have been many incidents between the fans with one of the most famous happening in 1962 when Washington fans ran onto the field and tackled Oregon’s Larry Hill to prevent a game-tying touchdown on the last play of the game. 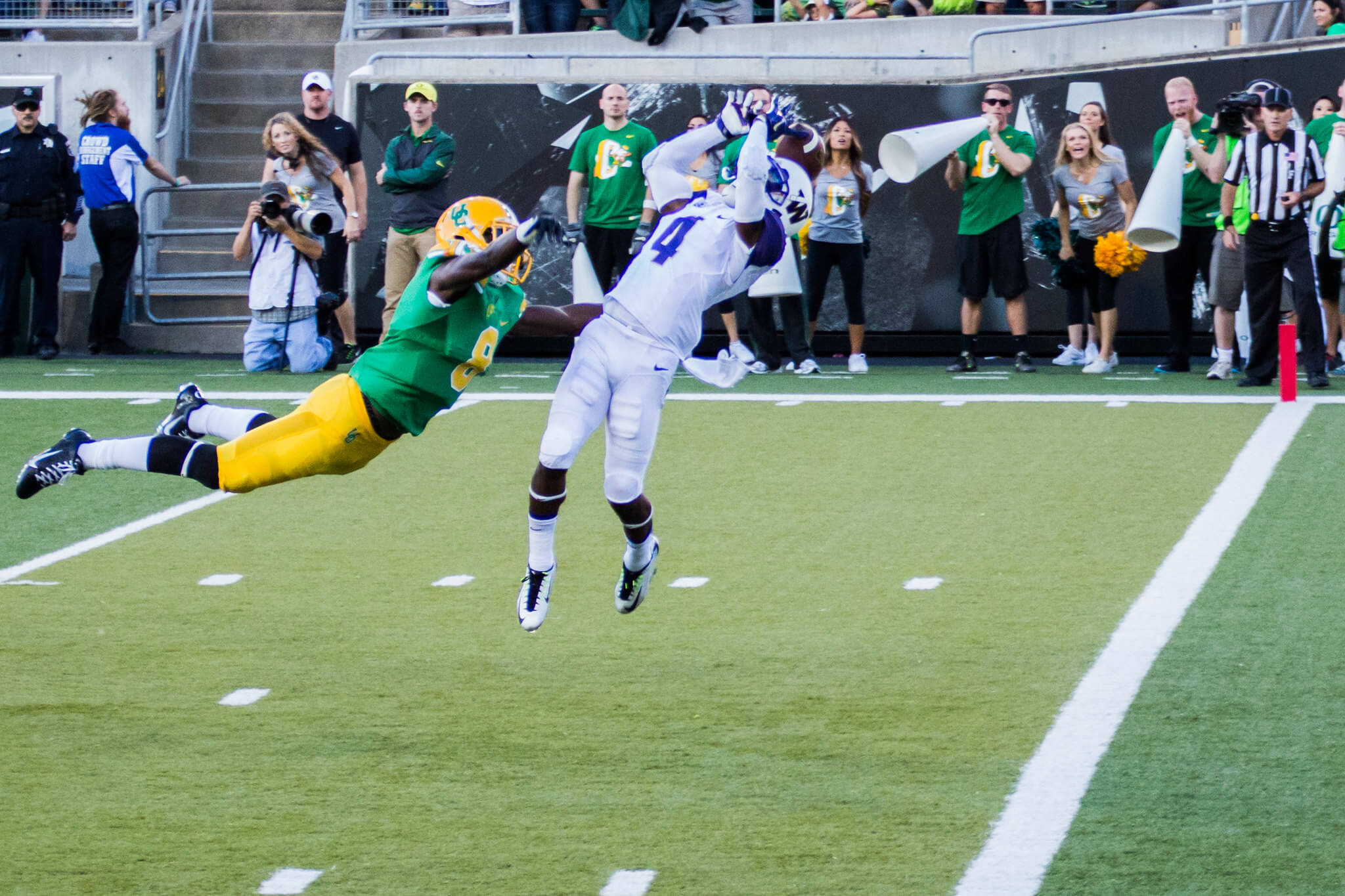