Nothing better than a grueling, century-old, baseball rivalry!! Here's a list of the Top 15!

Baseball is a sport steeped in history and tradition, and as a result, many rivalries have blossomed over the years. While some are fleeting, like the rivalry between the Royals and Yankees in the late 1970s and early 1980s, many others more are everlasting. These matchups are of grave importance to both players and fans, and winning them can make even an altogether forgettable season memorable.

Chicago and Minnesota have intense rivalries in other sports, so it should come as no surprise that their baseball teams don’t get along either. The rivalry between the Twins and White Sox was at its zenith in the 2000s when the two teams combined for 9 of the 10 division championships during the decade. 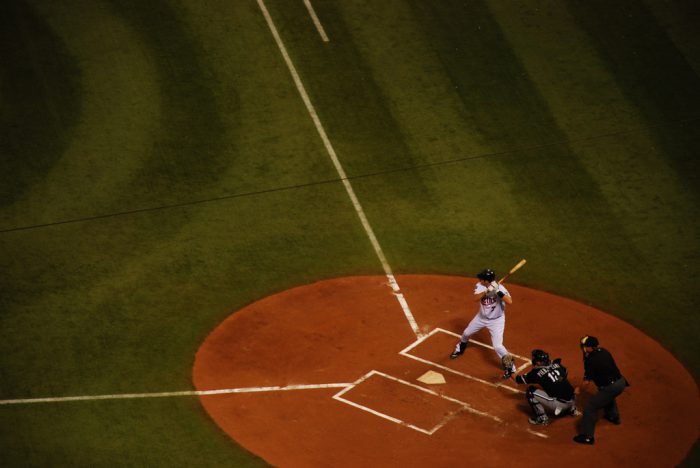 The Brewers-Cardinals rivalry is unique in that it is the only divisional rivalry where the two teams have squared off in the World Series. In 1982, the Cards defeated the Brewers 4-3 in what was dubbed the Suds Series due to the two cities long brewing histories. 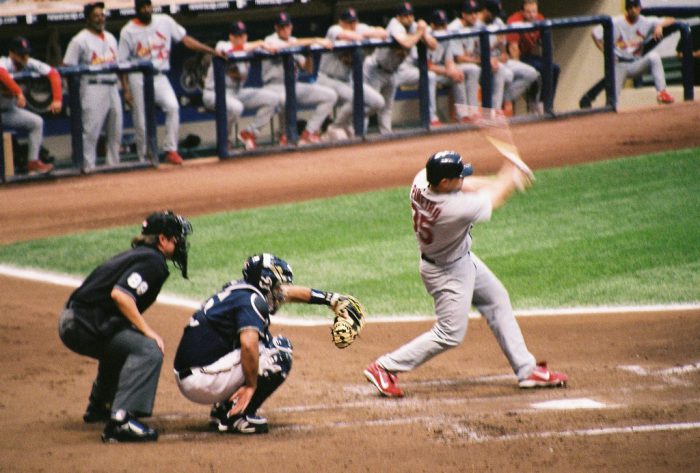 The Nationals and Braves rivalry is somewhat new since the Nationals only moved to Washington in 2005. While the Expos and Braves both played in the NL East from 1994 to 2005, this rivalry didn’t hit up until the Expos move to the Beltway. 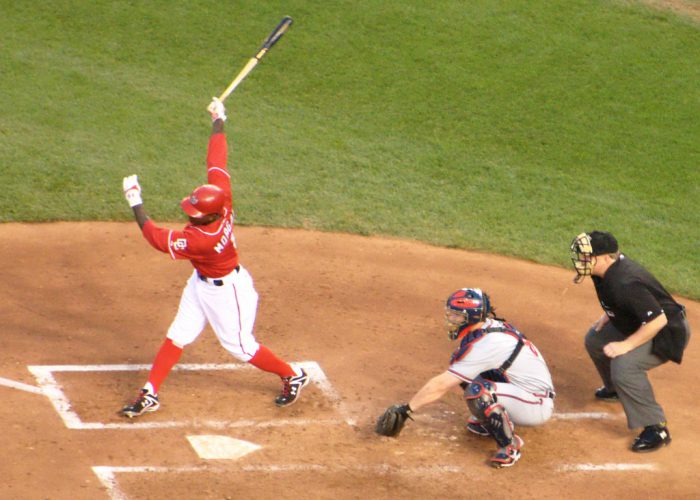 The Bay Bridge Series, as it’s known, between the A’s and Giants is one of the most anticipated interleague series each year. The series is a bit friendlier than the other interleague series on our list, but that doesn’t mean things aren’t  competitive between these two Bay Area rivals. The A’s and Giants have met in the World Series four times, the most out of any of the rivals on our list, with the most recent occurring in 1989 when the two squared off in the Fall Classic for the first time since moving west. 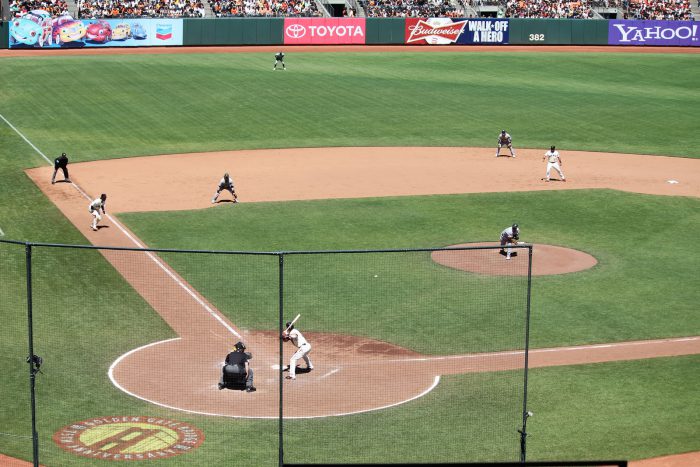 The rivalry between these two midwestern teams dates back to 1892 when the Cardinals joined the National League. Things between them have picked up quite a bit recently with both teams being contenders for the NL Central throughout the early 2010s. 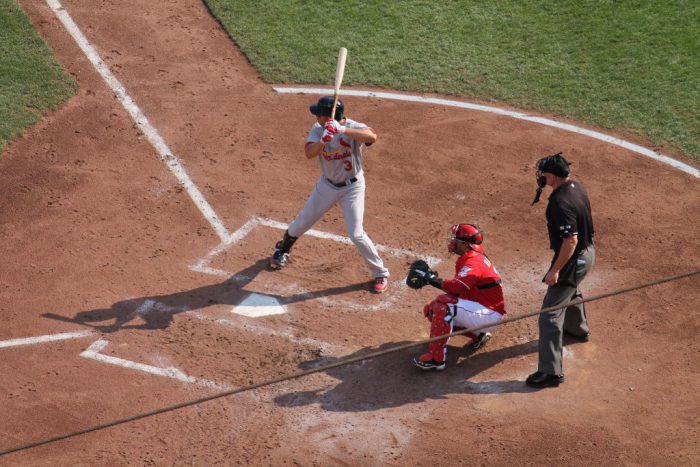 Another baseball rivalry based on the long history of rivalries in other sports, the White Sox-Tigers rivalry is the fiercest in the AL Central and dates back to 1901 with both teams being charter members of the American League. The most famous moment in the history of this rivalry took place on July 12, 1979, in what is now infamously known as Disco Demolition Night. The mayhem on the field caused the second game of the doubleheader to be canceled, and the White Sox forfeited the game. 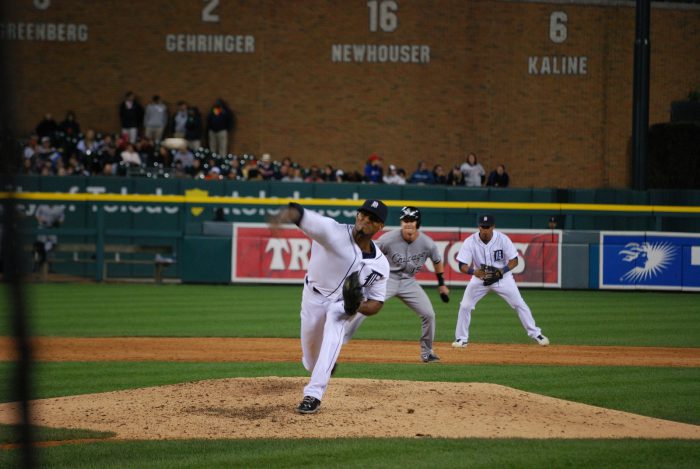 Of the teams who don’t share the same metropolitan area, the Cubs and Brewers are geographically the closest. As a result, there is an intense dislike between the two sets of fans, especially Brewers fans who take umbrage with Miller Park being known as “Wrigley North.” 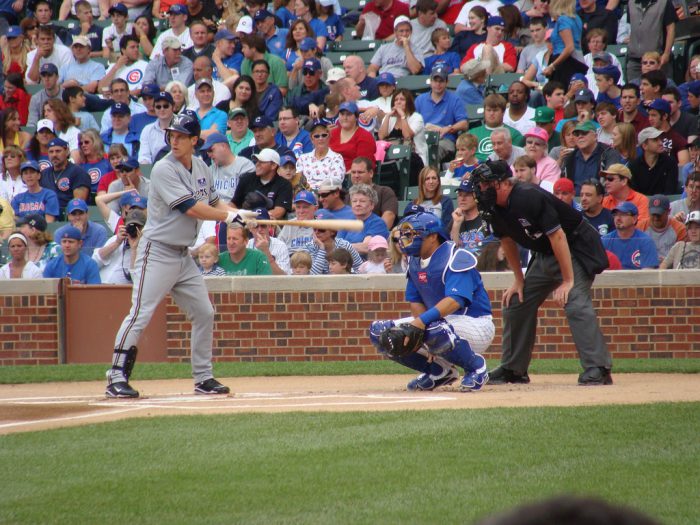 The Subway Series between the Mets and Yankees is one of the best interleague rivalries out there. The biggest clash between these two took place in the 2000 World Series when the Yankees defeated the Mets 4-1. Things got particularly heated between the two teams during game two of the series when Roger Clemens threw a piece of a broken bat at Mike Piazza as he ran to first base. 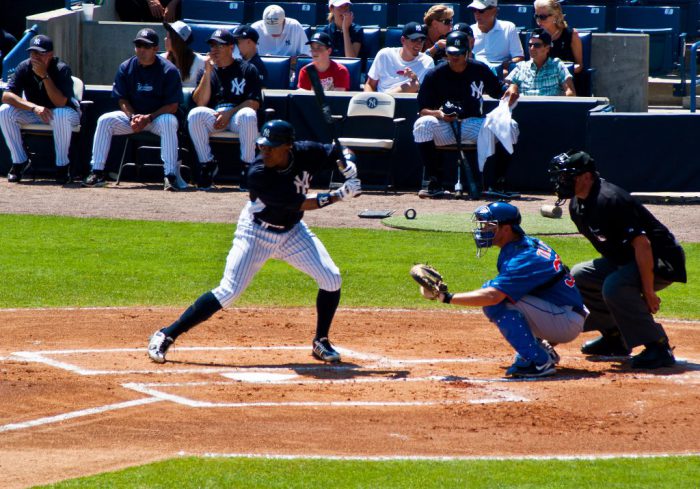 The Rangers-Astros rivalry was nothing more than an interleague rivalry for almost 20 years, however, in 2013 the Astros moved to the AL West. Things have gotten very competitive between these two Texas base teams as both made the playoffs in 2015. 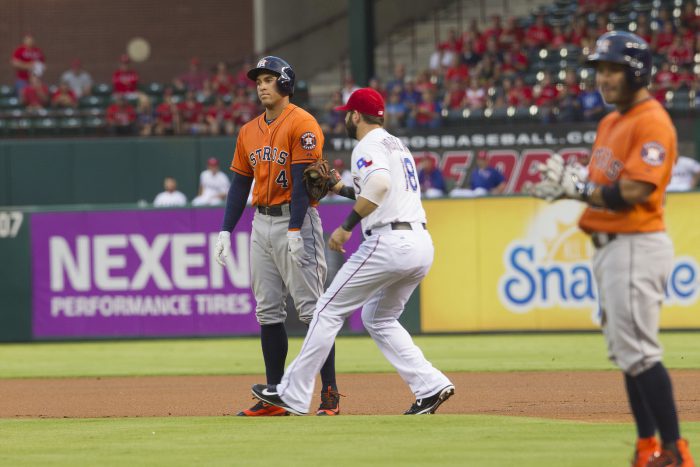 The Crosstown Classic between the Cubs and White Sox is the fiercest of all interleague rivalries. There’s lots of animosity between the two fan bases, due to the Northside vs. Southside dynamic, and both teams fans haven’t had a lot to cheer about over the years, so these games carry extra weight. On the field, the Cubs and White Sox broke out into benches-clearing brawl in 2006 and a century earlier the White Sox defeated the Cubs in their only World Series meeting. 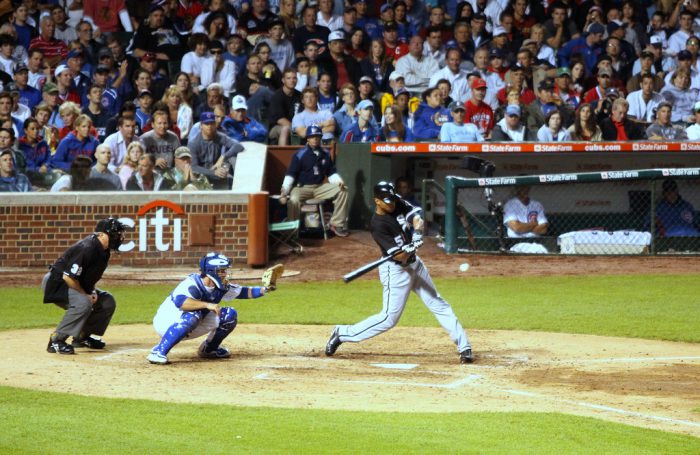 The Mets-Braves rivalry has been going strong since the Braves moved to the NL East in 1994. The rivalry was particularly strong in the late 1990s and early 2000s when both teams were competing for playoff spots. Most notably, the two teams squared off in the 1999 NLCS, which was won in by the Braves 4 games to 2. 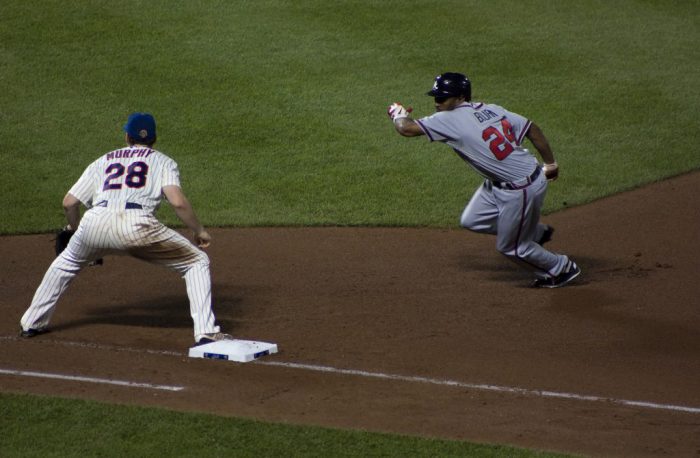 To put it simply New York and Philadelphia just don’t get along. Whether it’s Giants-Eagles, Rangers-Flyers, or Knicks-76ers, there’s always bad blood abound when these two cities square off. The rivalry was at its hottest in the 1980s when the two teams had several brawls and late 2000s when both teams were going head to head for the division. 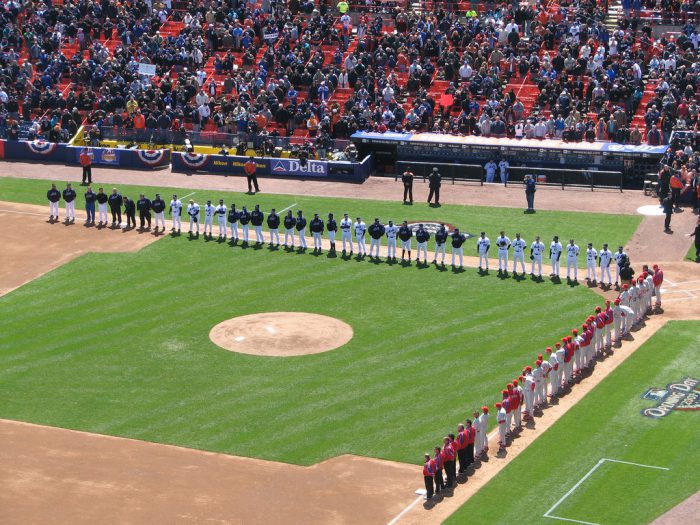 The Cubs-Cardinals rivalry dates back to the 19th century and is one of the most hotly contested rivalries in the Midwest. The two rivals first met in the 19th century World Series and have produced many memorable moments over the years including the Brock for Broglio Trade, The Sandberg Game, and McGwire-Sosa Home Run Race. 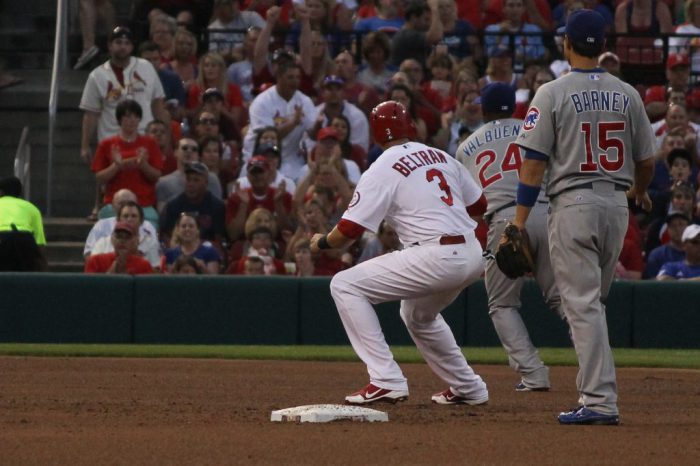 Yankees-Red Sox is one of the most intense rivalries in all of sports and is one of many reasons that New York and Boston hate each other. These two franchises have been intertwined since the Sox sold Babe Ruth to the Yankees in 1919, and since then there have been numerous big games between the two. The Yankees beat the Red Sox in a one-game playoff in 1978 when Bucky Dent hit a go-ahead two-run home run in the seventh inning. Then in 2003, the Yankees again got the best of the Red Sox when Aaron Boone hit a walk-off home run in game seven of the ALCS. A year later in 2004, the Red Sox exacted their revenge when they came back from three games down to defeat the Yankees in the ALCS. 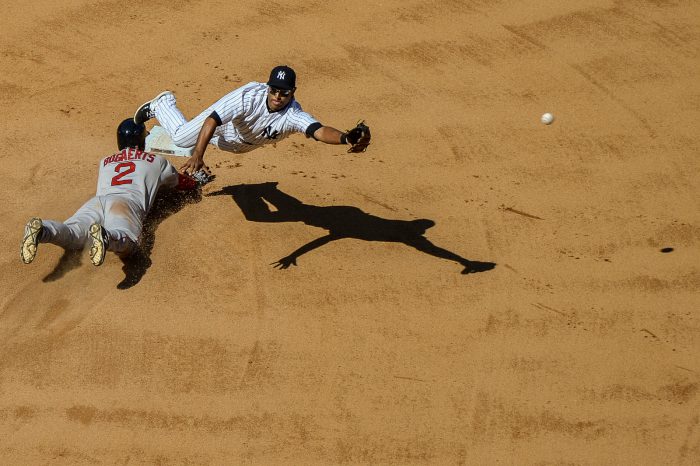 What other rivalry could be number 1? Dodgers-Giants has spanned across the United States, and three cities yet is still going strong. While the Yankees-Red Sox rivalry is great, it just not quite as strong as the one between the Dodgers and the Giants. These two teams have been battling since the 19th century, and in 1957 when the Dodgers moved across the country the Giants moved with them. Not to mention arguably the greatest player in Dodgers history, Jackie Robinson, refused to play for the Giants after being traded to them and instead chose to retire. 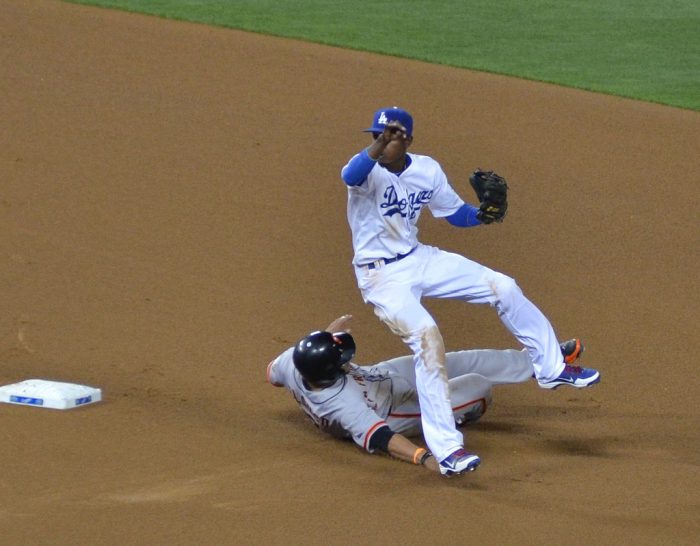