It's hard to have a Tailgate without a great BBQ! See our list of the Top 15

There are few better things in life than enjoying some delicious barbecue at a tailgate on a beautiful fall day. Good barbecue can upgrade a good tailgate to an amazing one, meaning if you want to enjoy one of the best tailgating experiences out there then you should check out the places on this list.

Here’s our list of the top 15 tailgates for barbecue.

Arrowhead is the tailgate to get Kansas City-style barbecue at in all of sports. Chiefs arrive bright and early to create some of the best KC barbecue you’ll find anywhere. Come prepared to enjoy a variety of different meats smothered in Kansas City’s famous tomato and molasses based sauces. 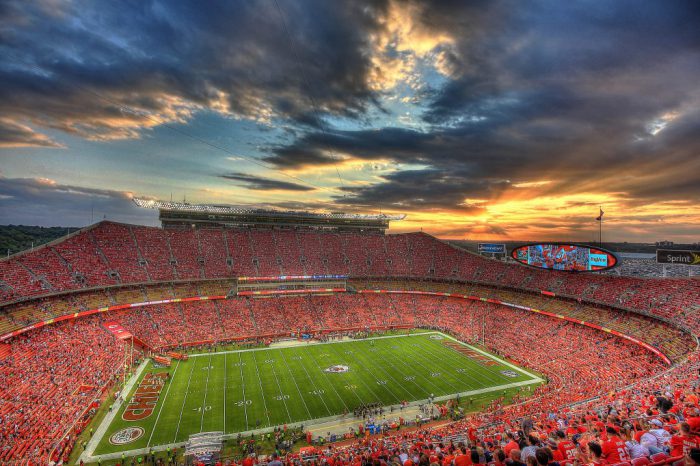 One of the best places in the country for Texas brisket is outside of Darrell K. Royal-Texas Memorial Stadium. Longhorn fans prepare some of the best brisket around, so come hungry, and you’ll leave happy. 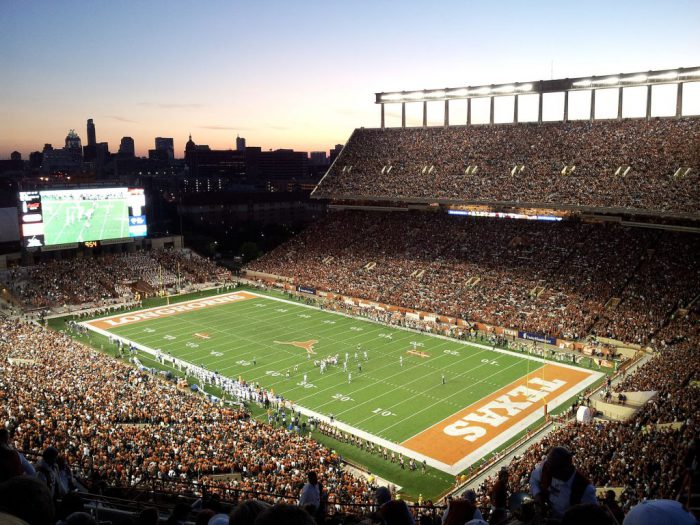 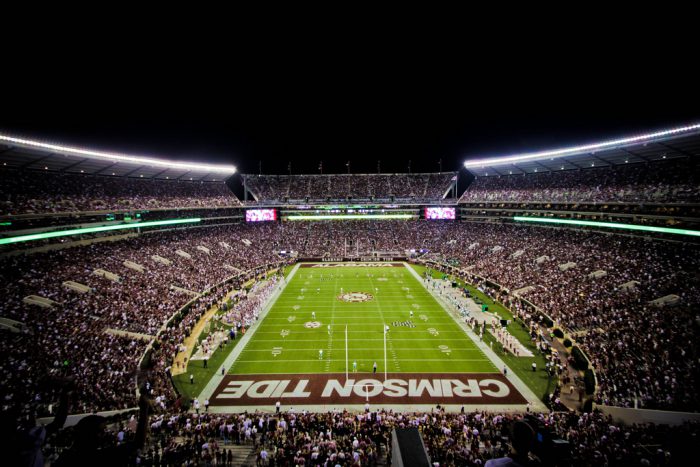 If you’re looking to enjoy some North Carolina barbecue, then Kenan Stadium is a great place to spend a Saturday. You’ll find lots of pulled pork and vinegar based sauces here, which will satisfy your taste buds and fill you up before the game. 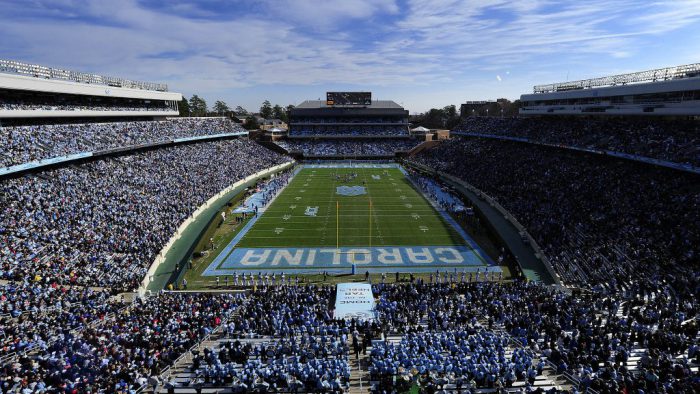 Clemson tailgates offer some of the best South Carolina barbecue in the nation. The ketchup-based sauce found in western South Carolina provides a unique flavor and makes for a delicious afternoon of tailgating. 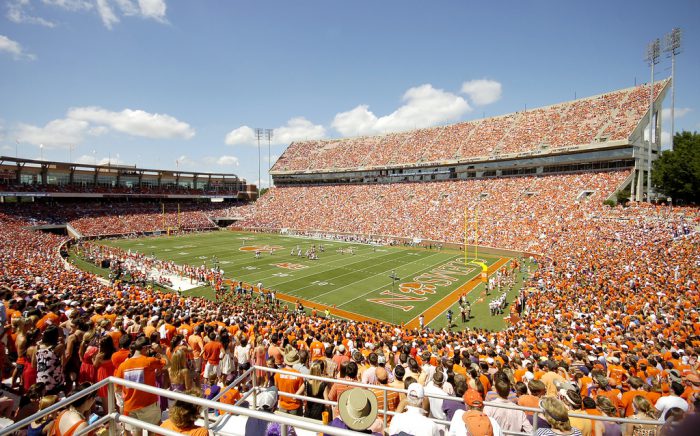 Another excellent place to grab some Kansas City-style barbecue is Kauffman Stadium. While typically the tailgating scene at any baseball game won’t be as immense as that of an NFL or college football game, the fans at Kauffman still pull out all the stop to deliver delicious barbecue.

Tailgating at Neyland Stadium is the place to be for those of you whose jam is Tennessee barbecue. Outside of Neyland, you’ll encounter plenty of sandwiches and ribs in both wet and dry rub. 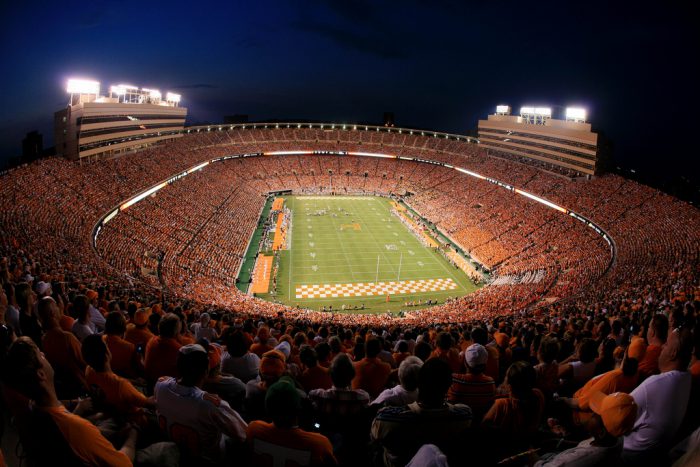 One of the best places in the NFL to get barbecue before an NFL game is Houston’s NRG Stadium. These fans love their barbecue, so come early and enjoy some East Texas barbecue. 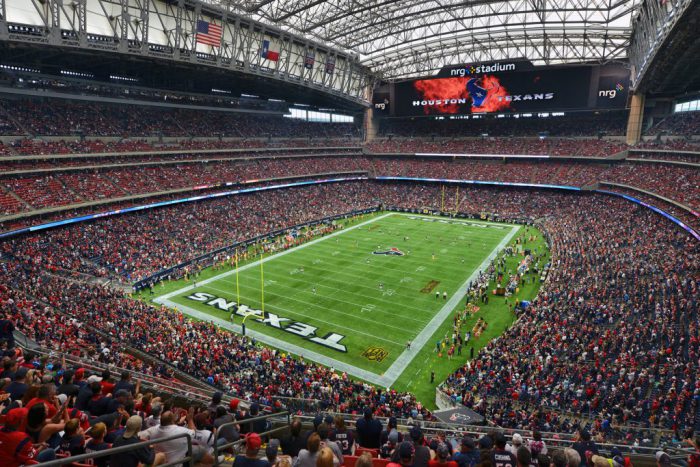 If you’re looking to experience “Carolina Gold” barbecue sauce, then the tailgates outside of Williams-Brice Stadium are the place for you. This yellow mustard, brown sugar, and vinegar based sauce seasons pork perfectly. 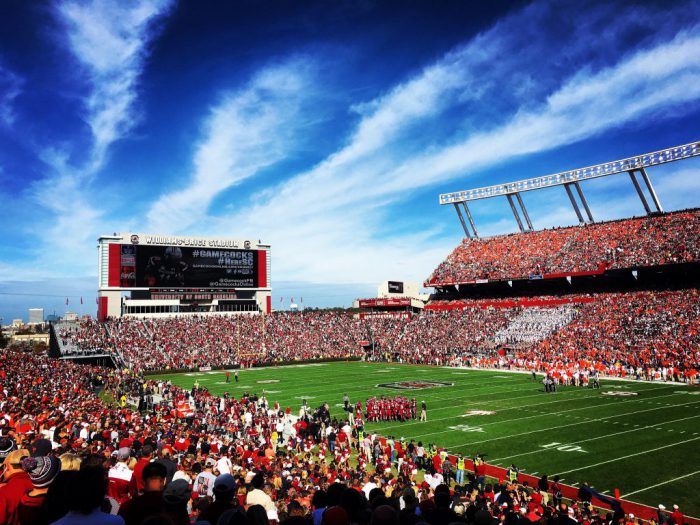 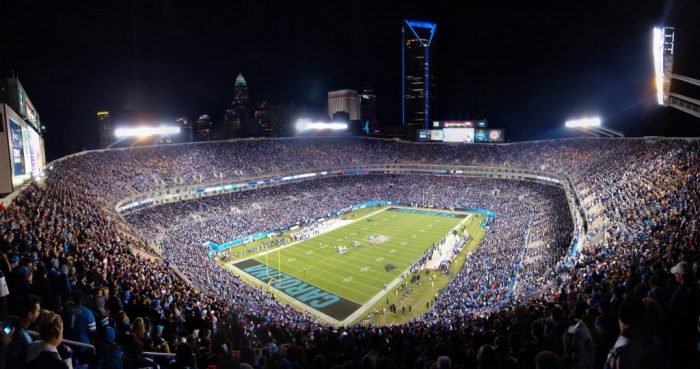 The barbecue at Kyle Field offers plenty of delicious ribs and brisket meaning you’ll leave satisfied. The sauce here in Texas tends to be less sweet, but that doesn’t mean it’s not as delicious. 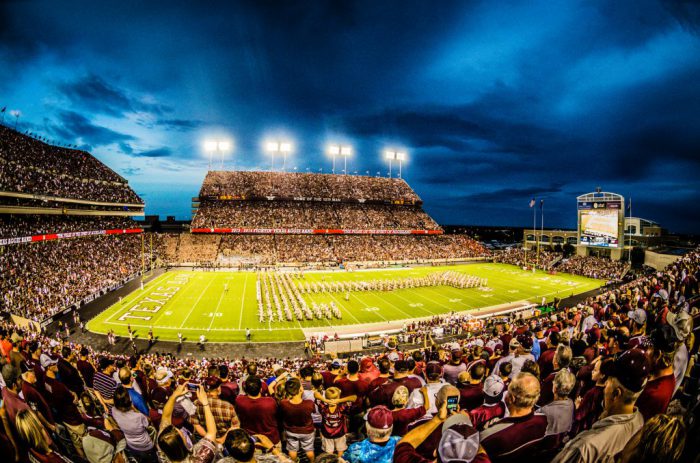 If you enjoy the barbecue offerings outside of NRG Stadium then the ones at its baseball counterpart, Minute Maid Park, will hit the spot as well. 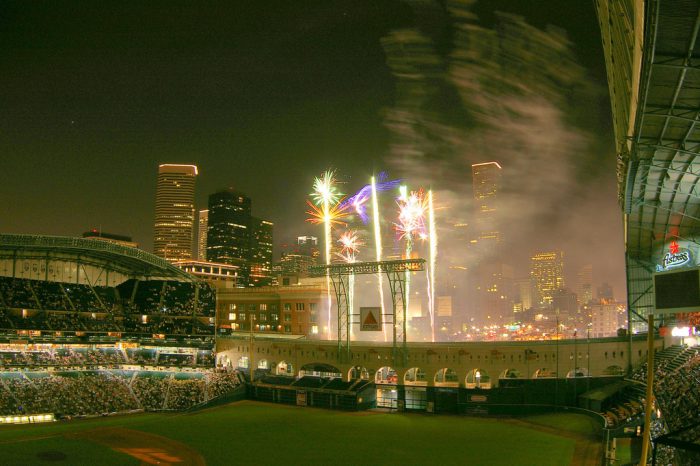 The tailgate scene outside Sanford Stadium offers some excellent southern style barbecue, so come prepared to chow down on pulled pork and coleslaw before cheering on the Dawgs. 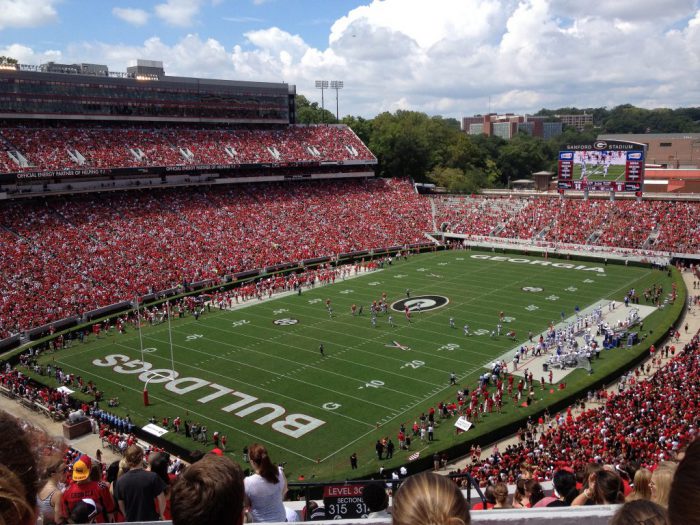 Not to be outdone by their rivals Alabama, Auburn tailgates offer some of the finest barbecue around. There’s plenty of pig butt to go around at Auburn, so bring your appetite. 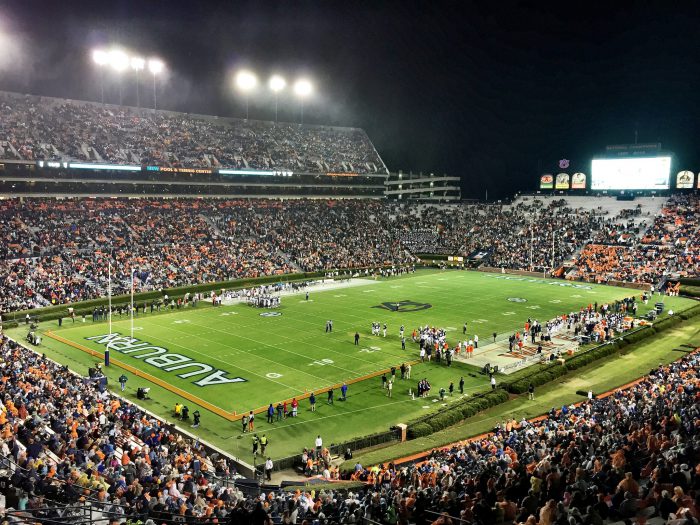 You’ll find an excellent blend of pork and beef barbecue options at Oklahoma tailgates. Sooner fans take their barbecue seriously and pull out all the stops when creating their delicious Kansas City and Memphis style sauces. 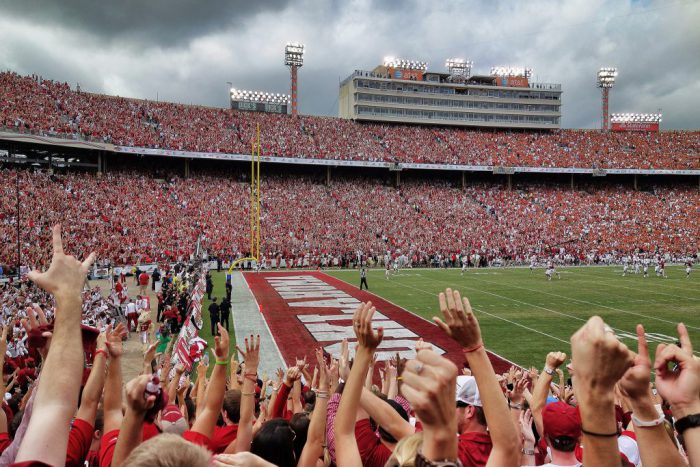