Love to slam a few beers while Tailgating? Here's our best from the MLB, NFL, and NCAAF!

While you’ll find people drinking at virtually any tailgate, at some places drinking is the main course. At these tailgates, fans get blacked out drunk game in and game out in support for their beloved team. If you want to join in on the most extreme drinking activities in college football, the NFL, or baseball then these are the 20 locations you’ll want to check out.

Arizona State is known for being one of the biggest party schools in the country, and this reputation is backed up by the wild and rowdy tailgating atmosphere found on an ASU game day. 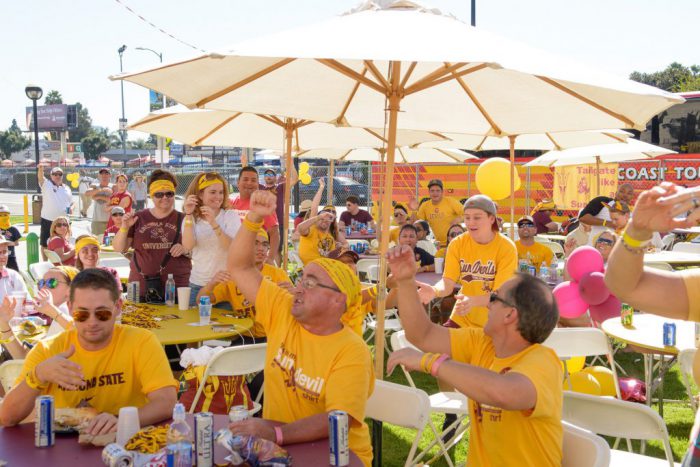 The area outside Wrigley Field may not allow much in the form of traditional tailgating, but there are plenty of places to drink in Wrigleyville helping make Cubs fans some of the drunkest in all of sports. 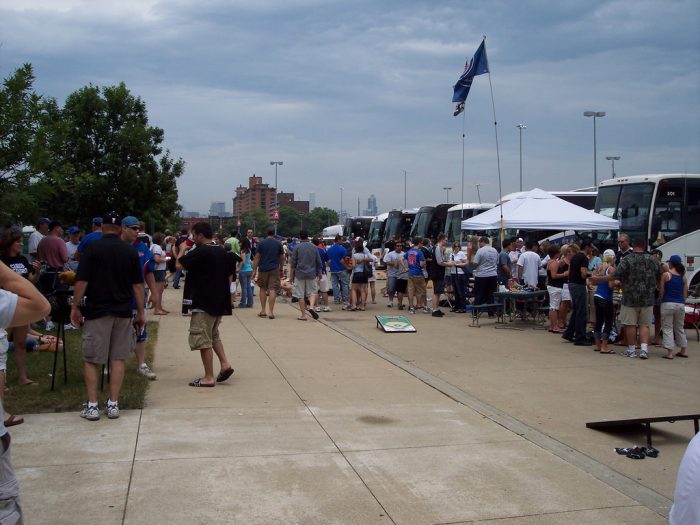 Tailgating is a huge part of the Lambeau Field experience, and likewise, drinking is also a big part of attending a game at Lambeau Field. Packers fans love to drink, and while they have built up quite the tolerance over the years, you’ll get plenty drunk when tailgating in Green Bay. 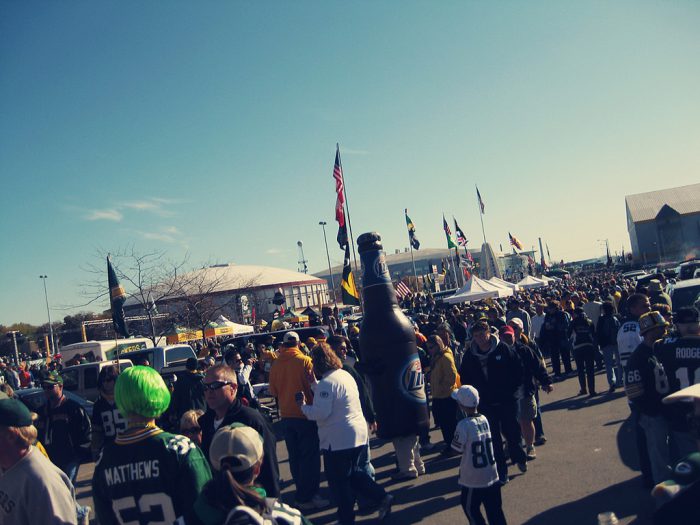 Tailgating is one big party at Washington State where you’ll find lots to drink. Fans here drink early and often helping make them one of the drunkest fan bases in college football. 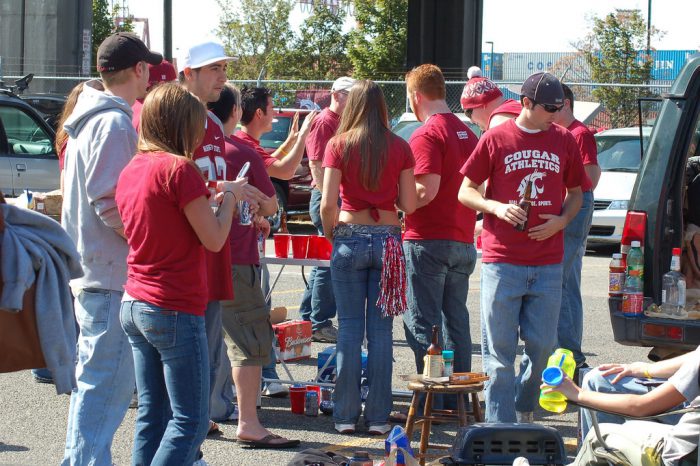 Wisconsin fans are famous for their ability to drink. No matter what age group you’ll find Badger fans pounding beers and drinking hard liquor all throughout the campus area. 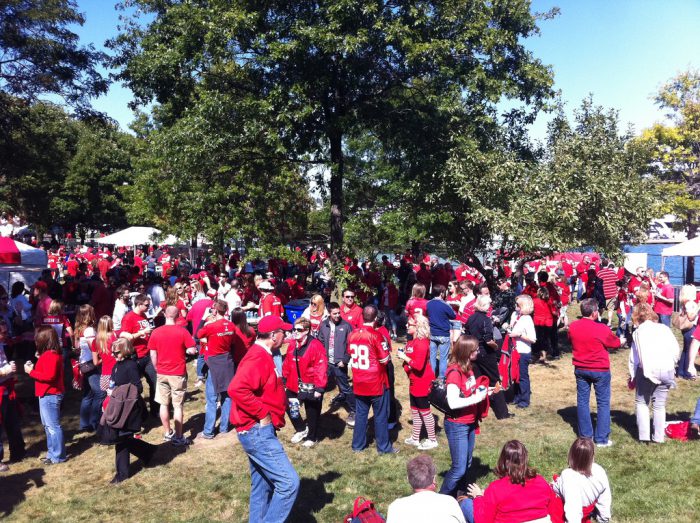 If you like to drink at the tailgate, then you’ve come to the right place. Buffalo Bills fans are known as the drunkest fan base in the NFL meaning if you’re looking for a good time drinking with other like-minded tailgaters, then Buffalo is the place to be. Fans start as early as they can with the goal of drinking as much as possible before the game starts. 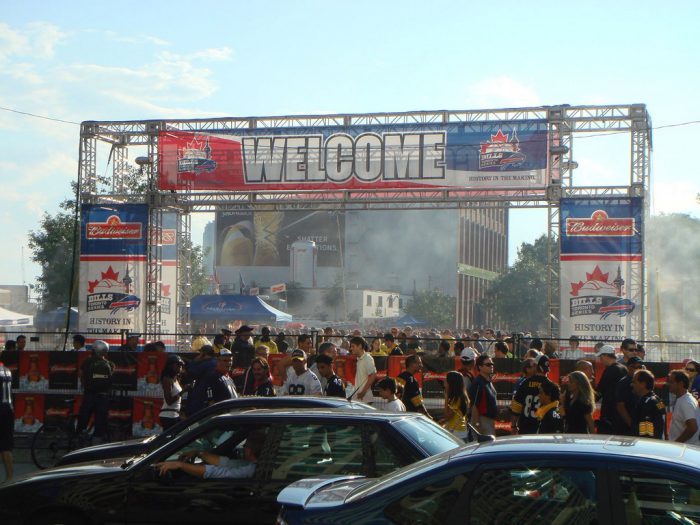 It should come as no surprise that a team named after beer making loves to drink. If you want to get the most out of your Miller Park experience, bring as much beer as possible and arrive early to get in on this Milwaukee game day tradition. 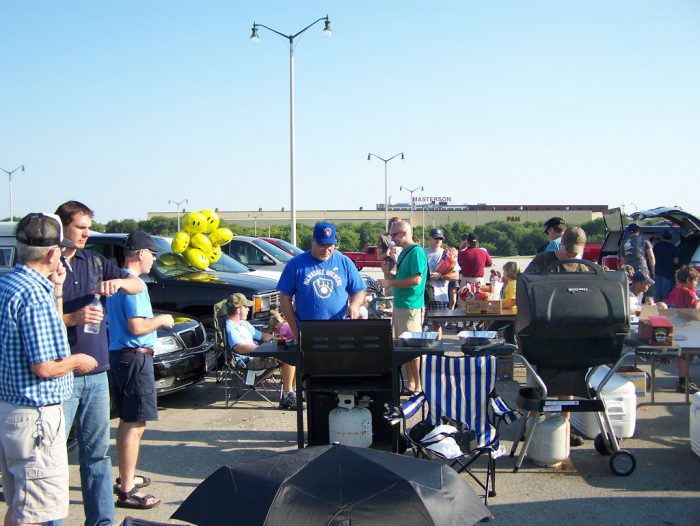 Iowa is one of the best places to party in the nation, which can be seen by the fact former Bears quarterback Kyle Orton would routinely go to Iowa City to party despite the fact he never played there. 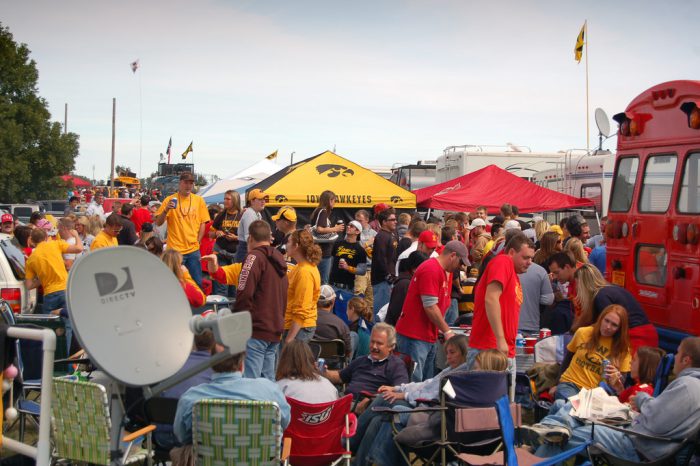 Eagles fans are among the heaviest drinking in the NFL, which can explain some of their more extreme behavior over the years. If you want to drink with the best of them, then a trip to Philly should be on your list. 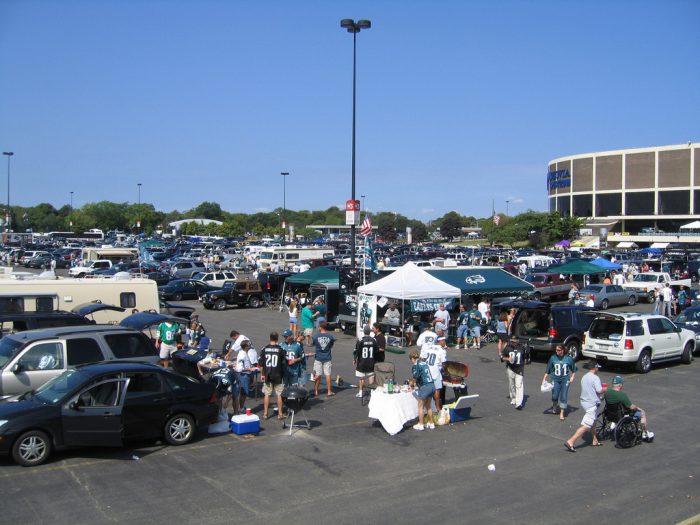 State College, PA is located in the middle of nowhere, and as a result, drinking is one of the most popular activities here. Nittany Lions games present a great excuse to get drunk and many students, and fans take advantage of this. 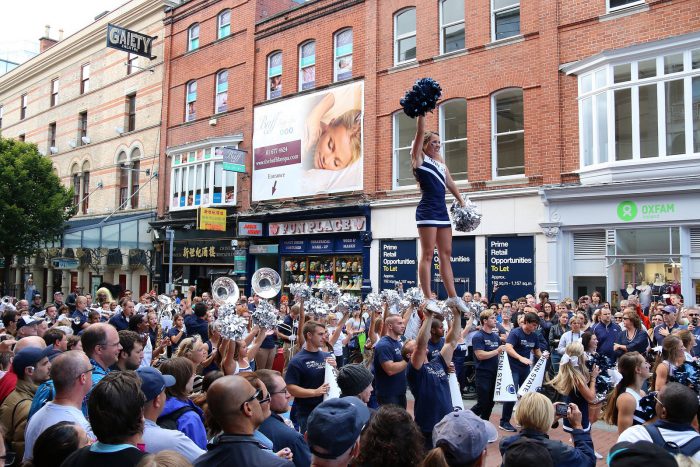 The Lions have had a rough go of it over the last 55+ years, so it should come as no surprise that these fans need a drink. The best way to watch the Lions is plastered so that you can forget about their constant failures. 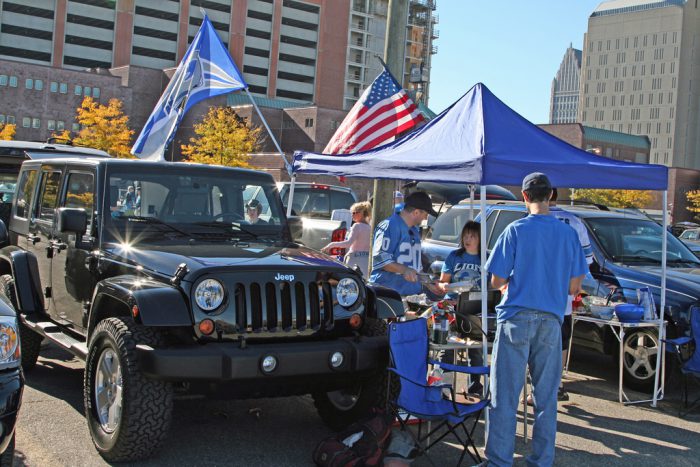 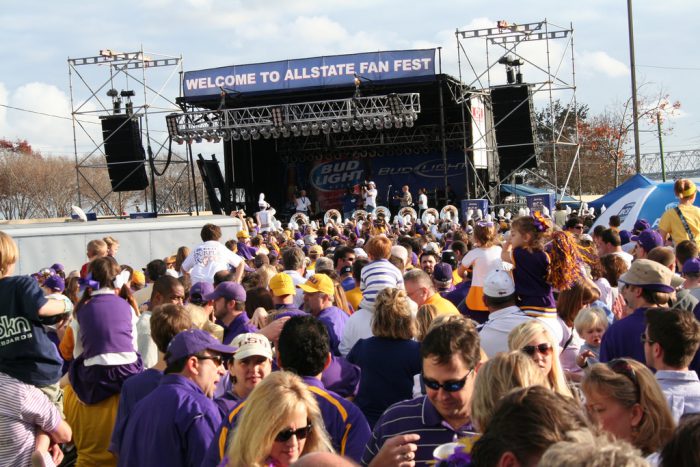 Similar to Lions fans, Browns fans also need to drink to forget about their team’s woes. Alcohol helps fuel Browns fans’ passion for their long suffering team, so throw back a few when tailgating in Cleveland. 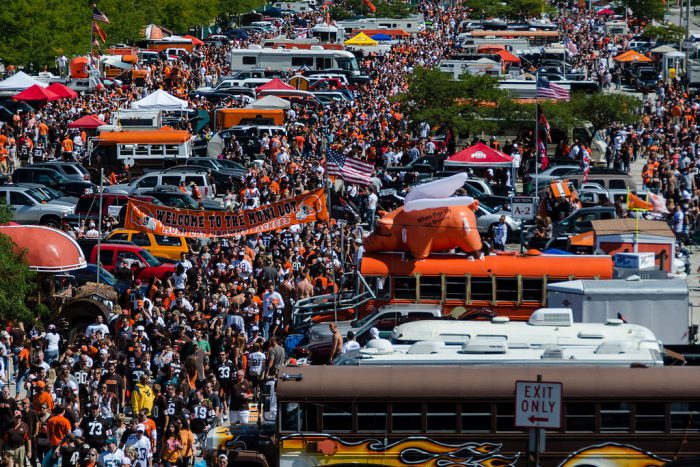 All throughout Columbus, you’ll find tailgate parties on Saturdays in the fall. These parties typically have lots to drink meaning you won’t have any problems tying one off when tailgating at Ohio State. 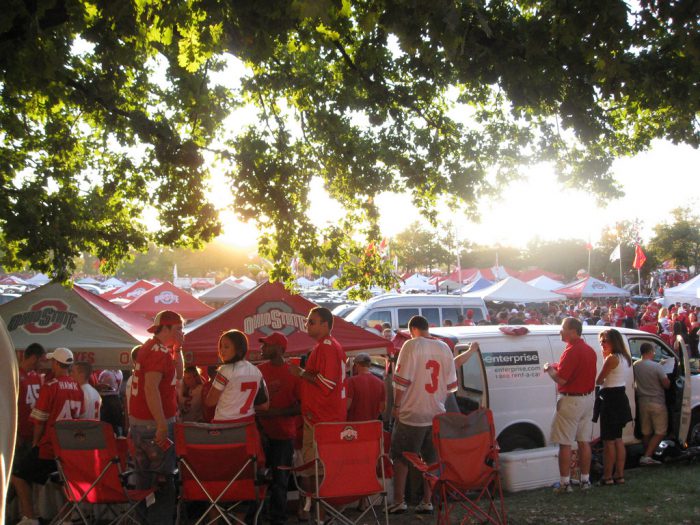 The fans inside Skydome are some of the loudest in baseball, so it should be of little surprise that drinking plays a significant role in helping create this incredible atmosphere. Whether its Labatt’s or Moulson’s, there is plenty to drink here in Toronto. 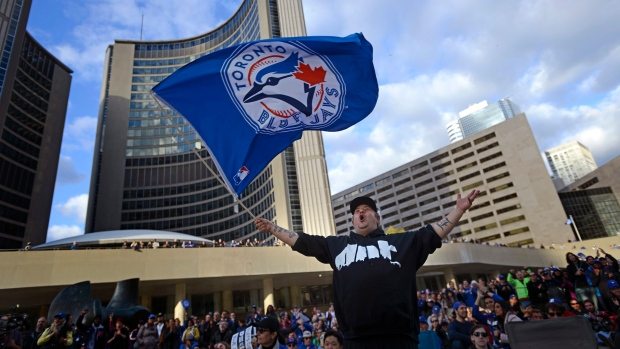 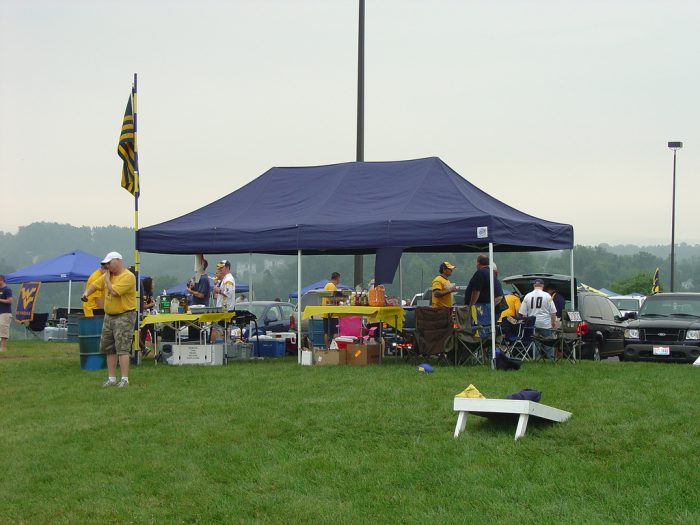 A bit of a surprise for this list, but Cardinals fans love to drink. The weather is always warm in Arizona making it a great place to throw back a few before a game late in the season. 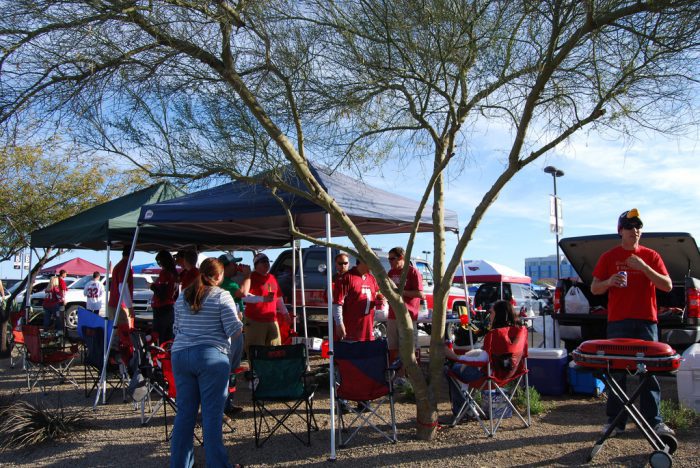 Broncos fans arrive early to tailgate, and the lots open up eight hours before kickoff on game day meaning there is plenty of time to drink in Boise. Boise State fans love their team and drink heavily to help them create one of the best home-field advantages in all of sports.

There is a lot of pride and passion on display whenever the Hokies play as the fans here are very loyal to their team. The fans also have a lot of liquid passion for their team as well, thanks to the heavy drinking they do before watching their team on game days. 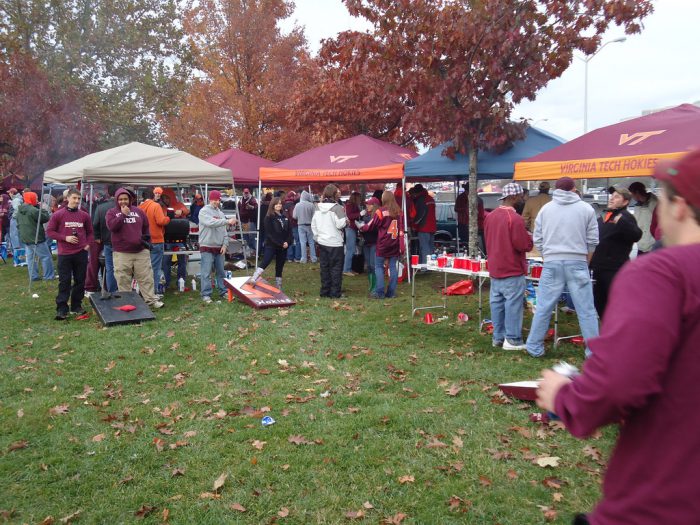 Drinking is a big part of the Michigan State tailgate experience, and Spartan fans even have their own brand of beer pong. 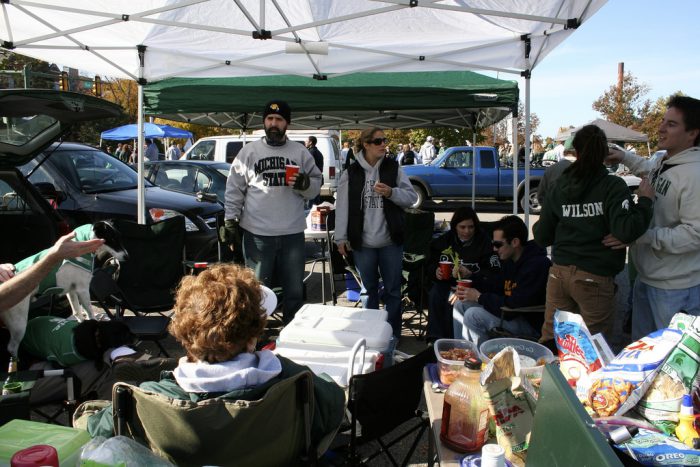