Here's our list of the Top 25 CRAZIEST Fan bases of the MLB, NFL, and NCAAF!

When attending a sporting event, you’ll find that some fans are just plain insane. These are the people you’ll see screaming their heads off at the ref over what they perceive to be a missed call. They also love to heckle an opposing player in earshot and often come dressed in some crazy costume to show their undying love for the team. All throughout sports, you’ll find these nutters, but which teams have the most of them?

Here’s our list of the top 25 craziest fanbases in college football, the NFL, and Major League Baseball.

The diehard Raiders cheering section is known as “The Black Hole,” so it should come as no surprise that Raiders fans occupy a spot on the list of the top 25 craziest fanbases. Raiders fans are some of the most intimidating in the NFL thanks to dressing up for each game like it’s Halloween. 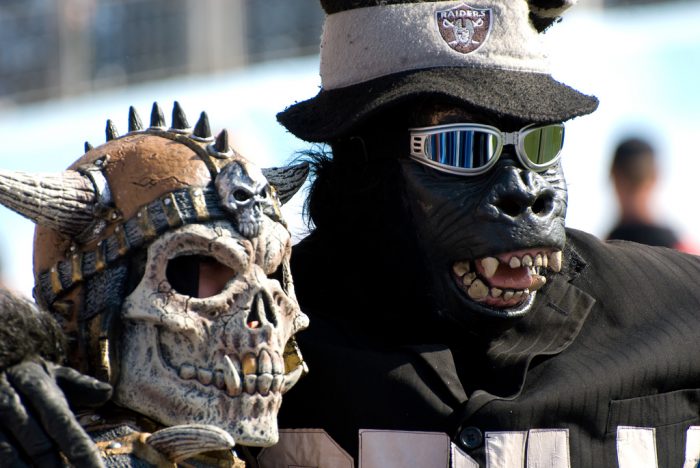 Much like Raiders fans, Eagles fans are also charter members of the crazy fan list thanks to their reputation for causing mayhem. The Eagles fans are infamously known for throwing snowballs at Santa and throwing batteries. Additionally, the team’s former stadium, The Vet, was famous for its 700 level and in stadium courtroom. 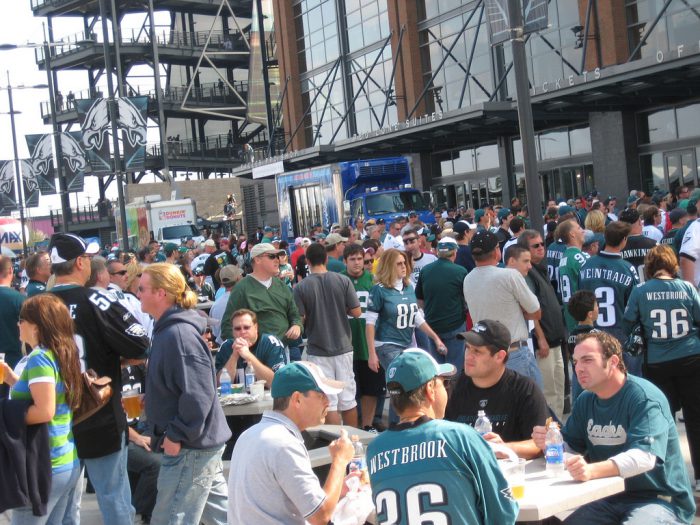 No matter what the weather Cornhusker fans will be at Memorial Stadium every Saturday. Huskers fans have sold out every game since 1962 and have an insane level of devotion toward their team. 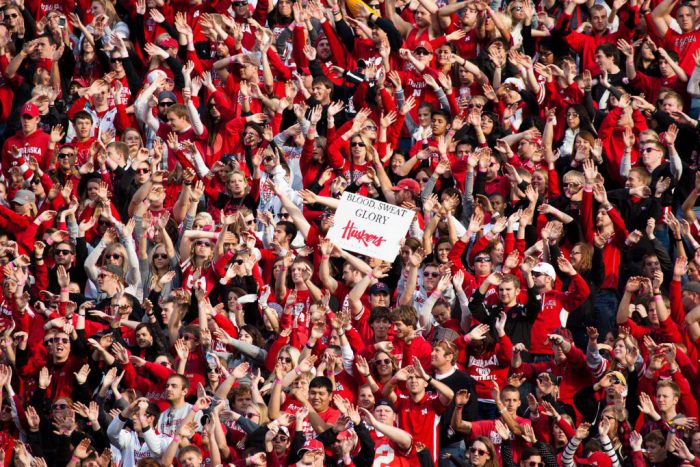 Alabama’s Bryant-Denny is one of the craziest places around on Saturdays thanks to Crimson Tide fans who cheer hard and wave their poms around furiously. 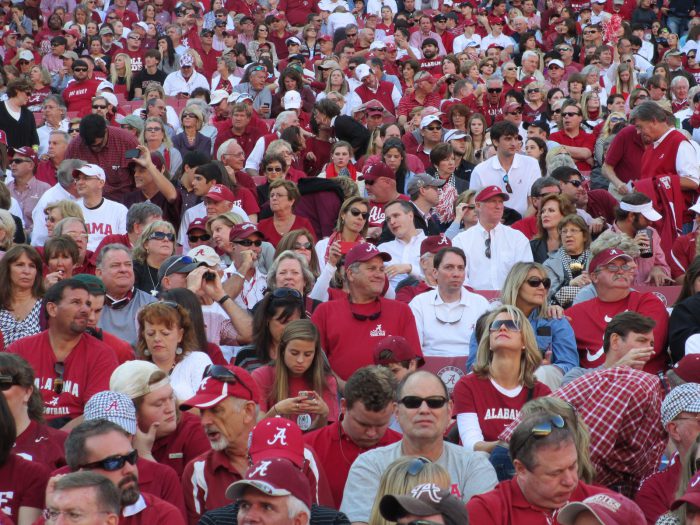 The Fenway Faithful packed the house through decades of despair and with the team’s recent success are the first to show off their team pride boisterously. 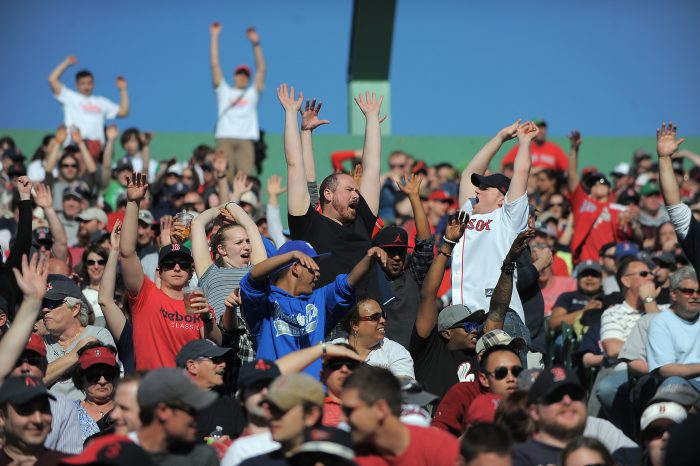 To put it simply Bills fans are insane. No matter what the weather you’ll find these fans partying hard hours before the game. They also love to show off their WWE moves on folding tables making for one of a unique tailgating traditions. 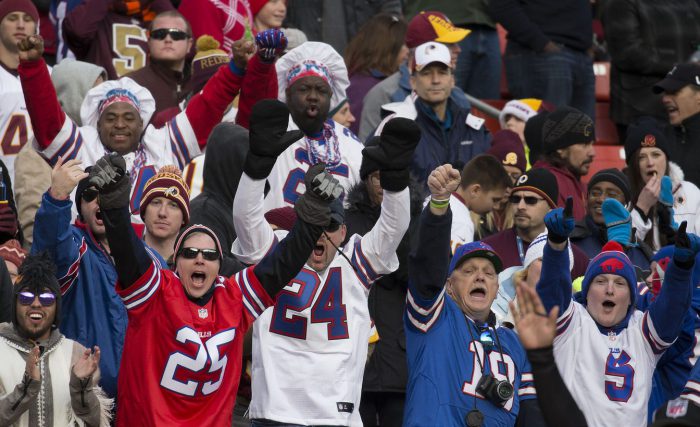 Steelers fans are one of the largest and most dedicated fan bases in the NFL. All throughout the United States, you’ll find fans dressed in black and gold waving their Terrible Towels on game days. 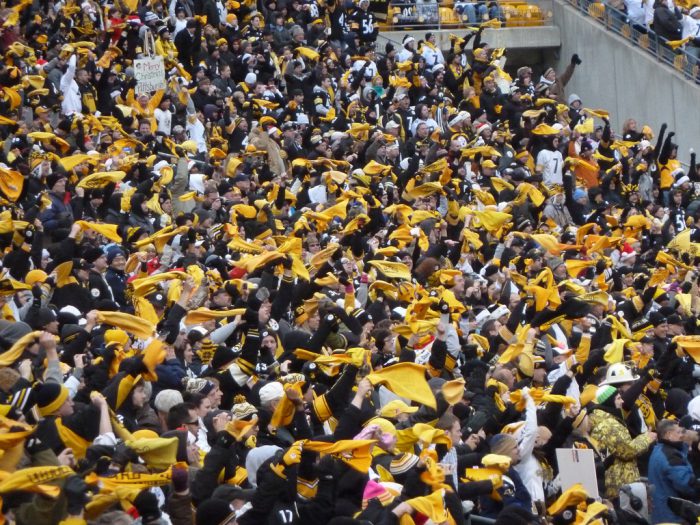 In 1988, these rabid fans got so loud after a game-winning touchdown that they managed to register an earthquake on the Richter scale. If you’re looking to get crazy with some college football fans, then LSU is the place for you. 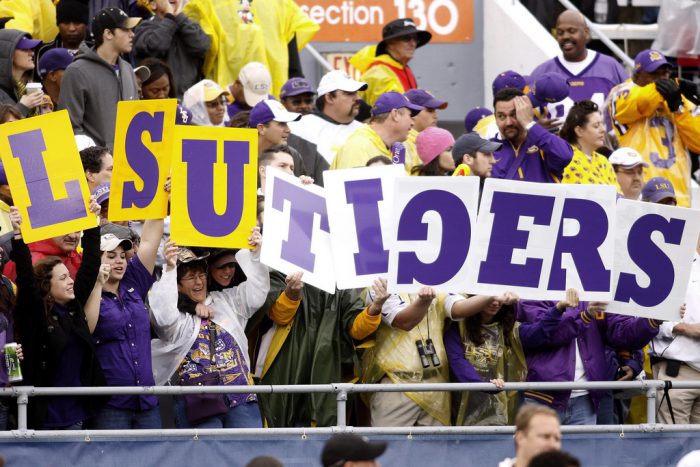 Like their football counterparts, Phillies fans are crazy as well and are known for puking on little girls. That’s all I need to say. 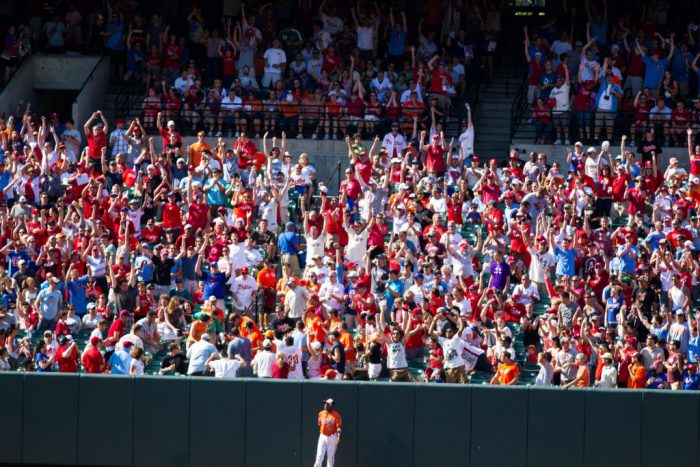 Beaver Stadium rocks back and forth during game days and Penn State’s Whiteouts are legendary meaning you’ll encounter some craziness when attending a Nittany Lions game. 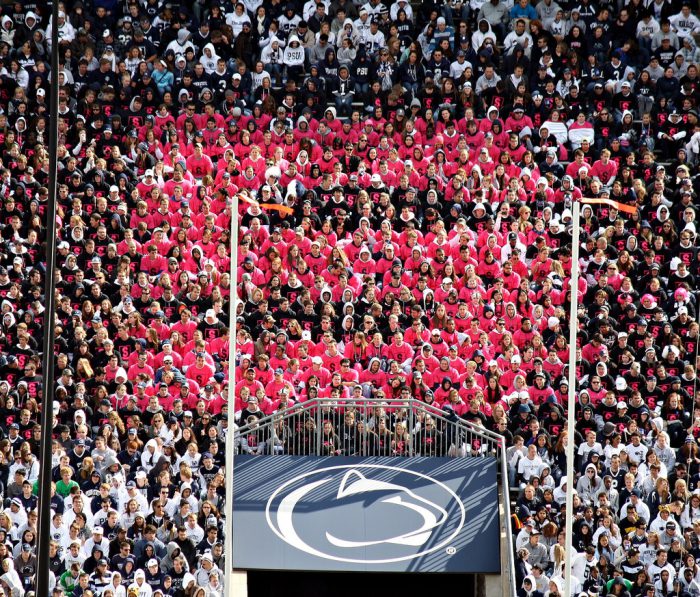 Ohio State is home to the most raucous atmosphere in the Big Ten, and the fans are filled with plenty of crazies including Big Nut. 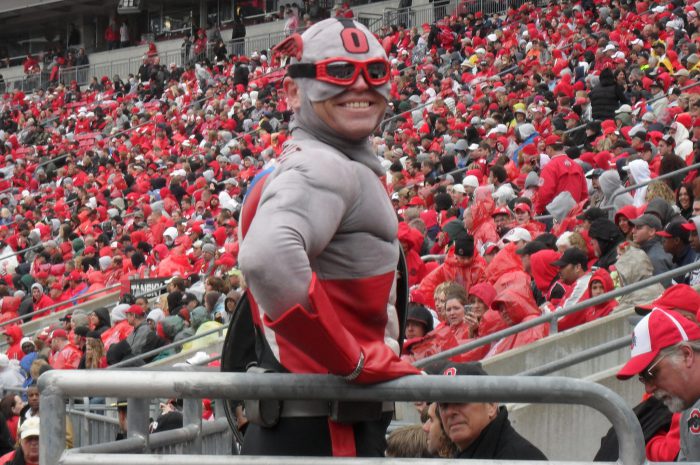 The Dawg Pound is insane on game days, and the fact Browns fans haven’t let their team’s lack of success keep them away is also quite ludicrous. 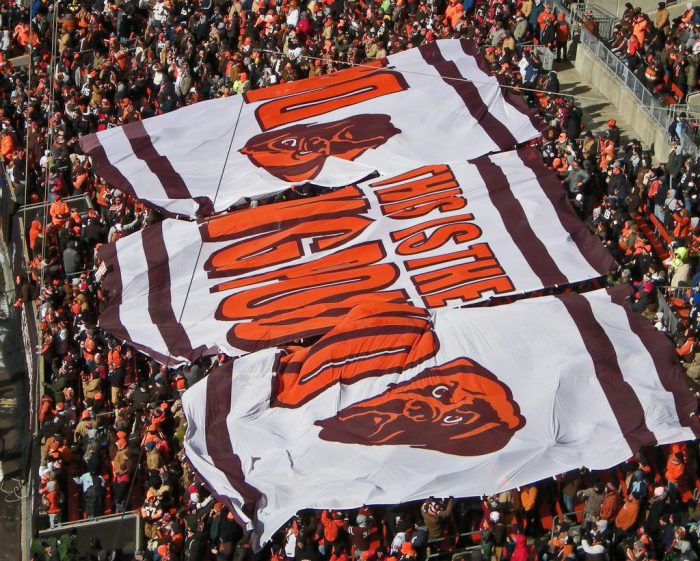 Like their instate rivals, Auburn fans also are some of the loudest and craziest fans around. The War Eagle chant reverberates throughout the stadium and is one of the most iconic cheers in college football. 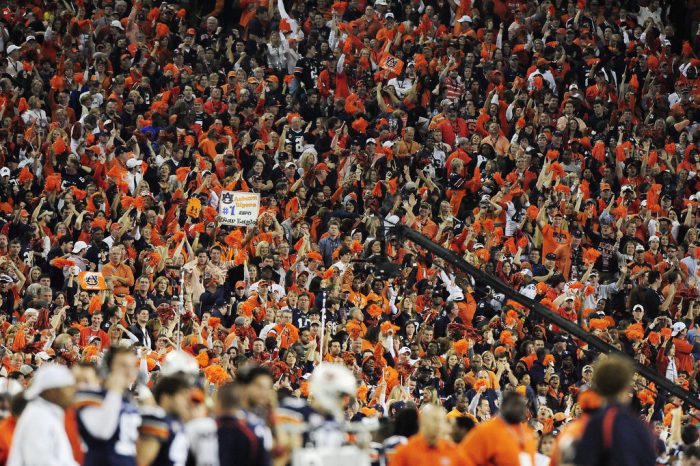 Cardinals fans are among the best when it comes to traveling to see their team play. Despite being located in a midsize market, you’ll always find at least one Cardinals fan at a baseball game. 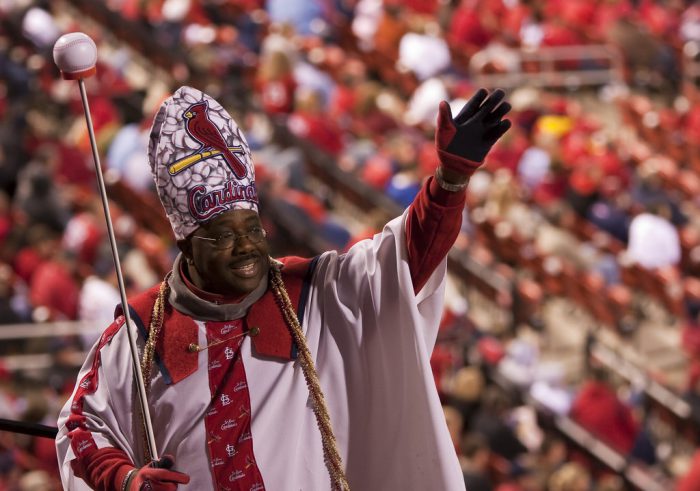 The Ducks student section isn’t known as the Autzen Zoo for nothing. These fans get wild on game days making the 54,000 seat Autzen Stadium feel much larger for opposing teams. 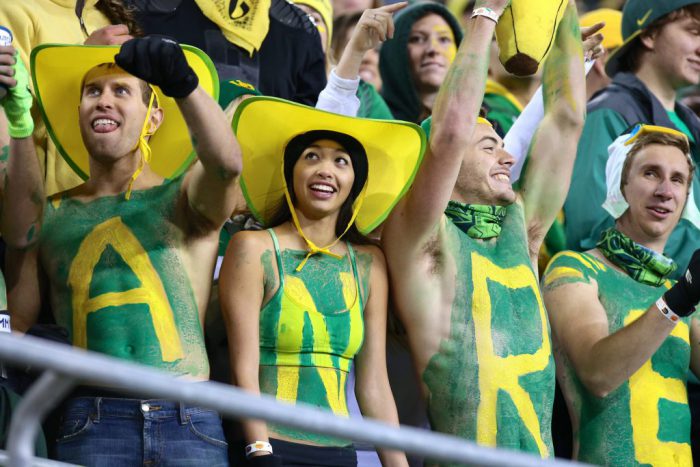 Packers fans bear the freezing cold to support their team and on numerous occasions have packed Lambeau for some of the coldest games in NFL history. Most notably, these fans were in attendance for the 1967 NFL Championship Game known as The Ice Bowl. 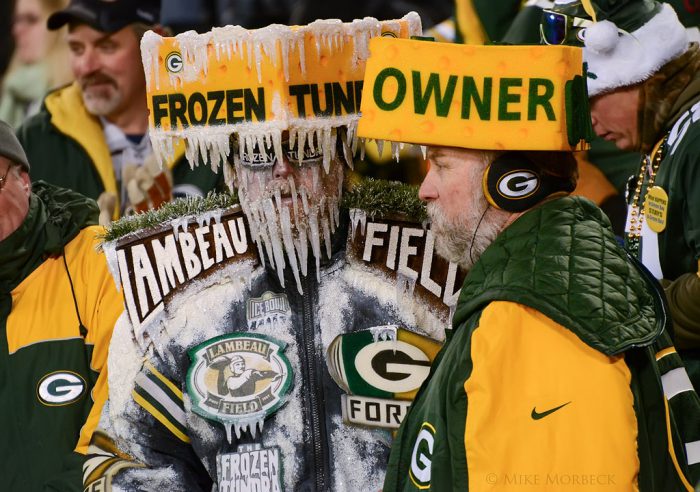 Jets fans are famous for their NFL Draft booing among other antics. These fans are some of the most resilient and passionate in the NFL as well as some of the craziest. 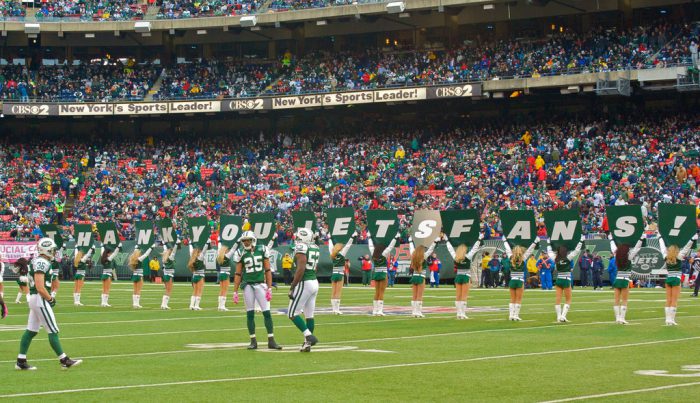 Tigers fans are among the most passionate in baseball, and as a result, things can get a bit insane at times. When attending a Tigers game, you’ll surely hear some colorful language at the very least. 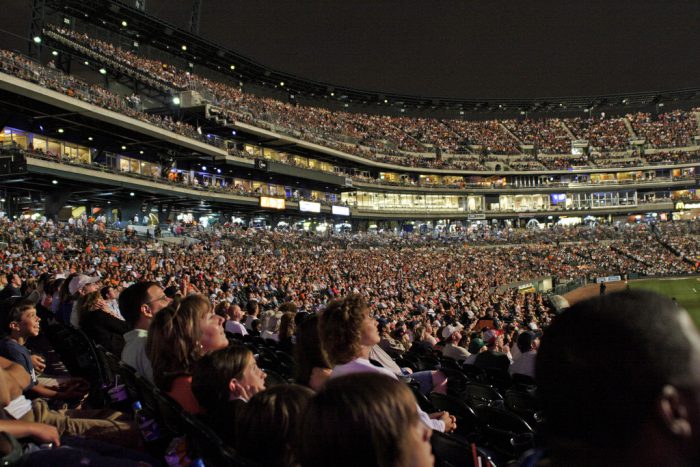 While the recent growth of the Seahawks fanbase may have diluted the crazy a bit, there are still plenty of diehard Hawks fans out there that help make CenturyLink Field one of the loudest stadiums in the country. 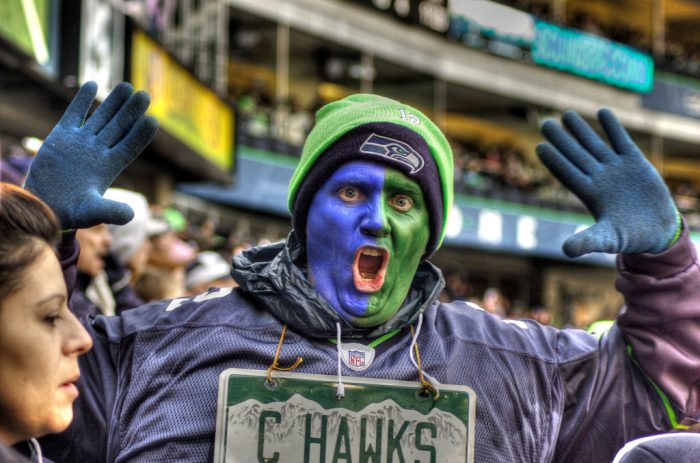 Seminoles fans are deafening thanks to the Seminole Warchant and tomahawk chop. These incredible traditions create one of the craziest game day experiences. 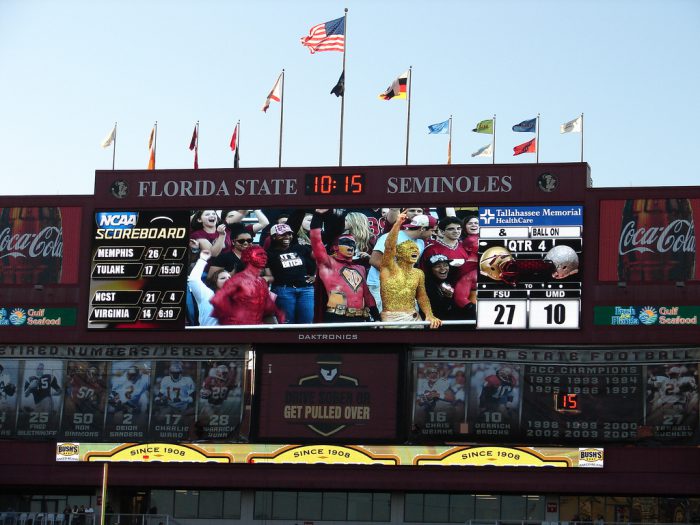 Whether it’s banjos or drums, A’s fans make plenty of noise to show support for their team. Despite the A’s Moneyball approach and terrible stadium, these fans still come out and give it their all to support their team. 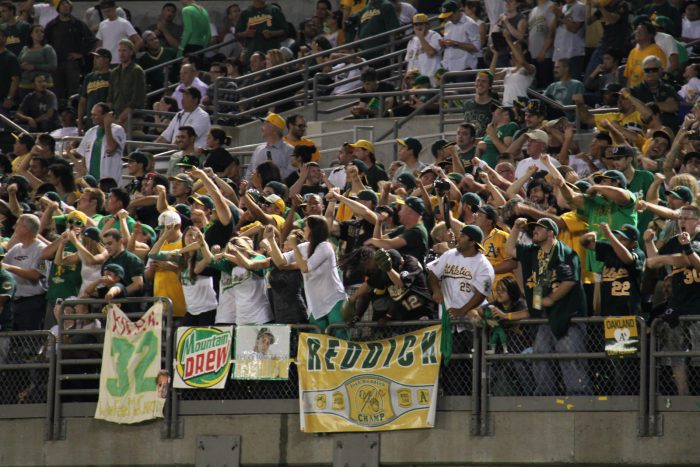 Ben Hill Griffin Stadium is one of the toughest places in the nation for opposing teams to play thanks to these crazy fans. The Gator Chomp, in particular, is an excellent way to get into the craziness that is attending a game in The Swamp. 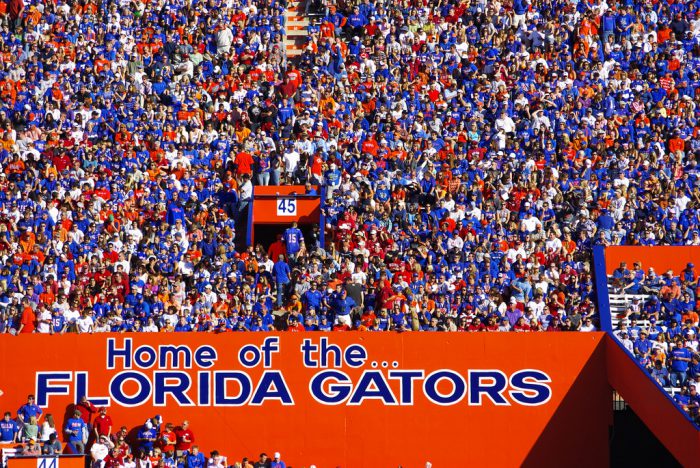 The crazed fans at Georgia love to bark and growl at opponents and are known as some of the best hecklers around. 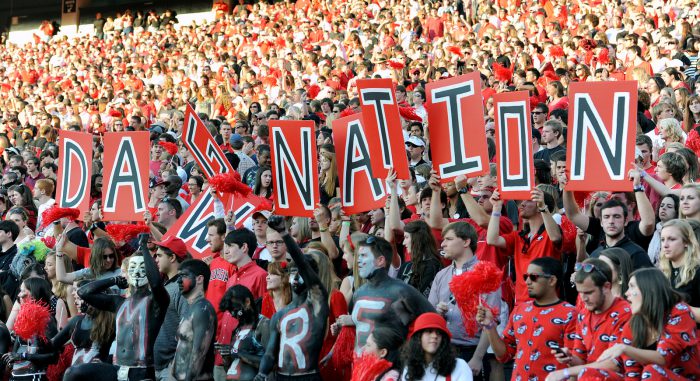 Even with the Yankees move to their new stadium, the Bleacher Creatures are still going strong, and the roll call remains one of the best traditions in baseball. 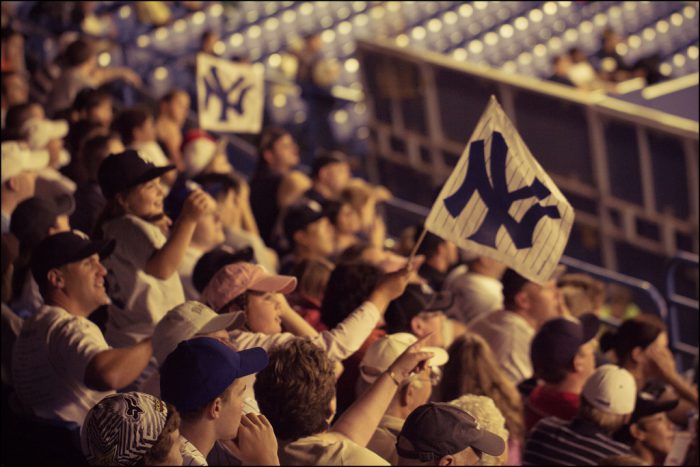 Bears fans are some of the most boisterous fans in the country and no matter what the weather you’ll find plenty of them filing into Soldier Field. 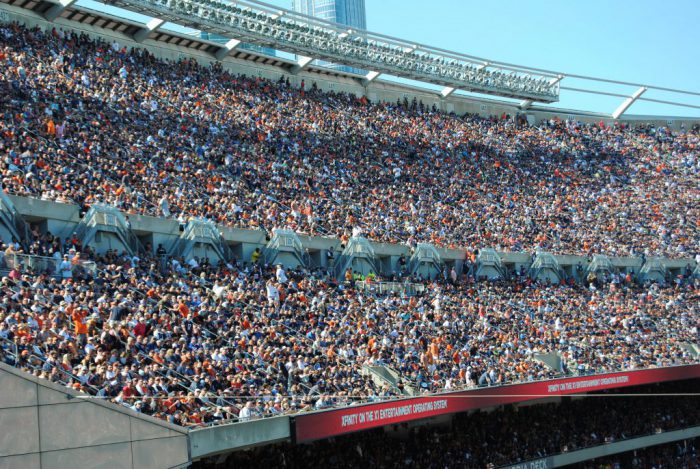