The annual rivalry between the Falcons and the Toledo Rockets dates back to 1980 when the Falcons took down the Rockets 17-6. The rivalry has been played every year since then with the winner taking home the Peace Pipe Trophy initially and now the Battle of I-75 Trophy. These two Ohio-based universities are only 25 miles apart, so there are plenty of fans from both sides when these two meet creating a tense and fun game day atmosphere. 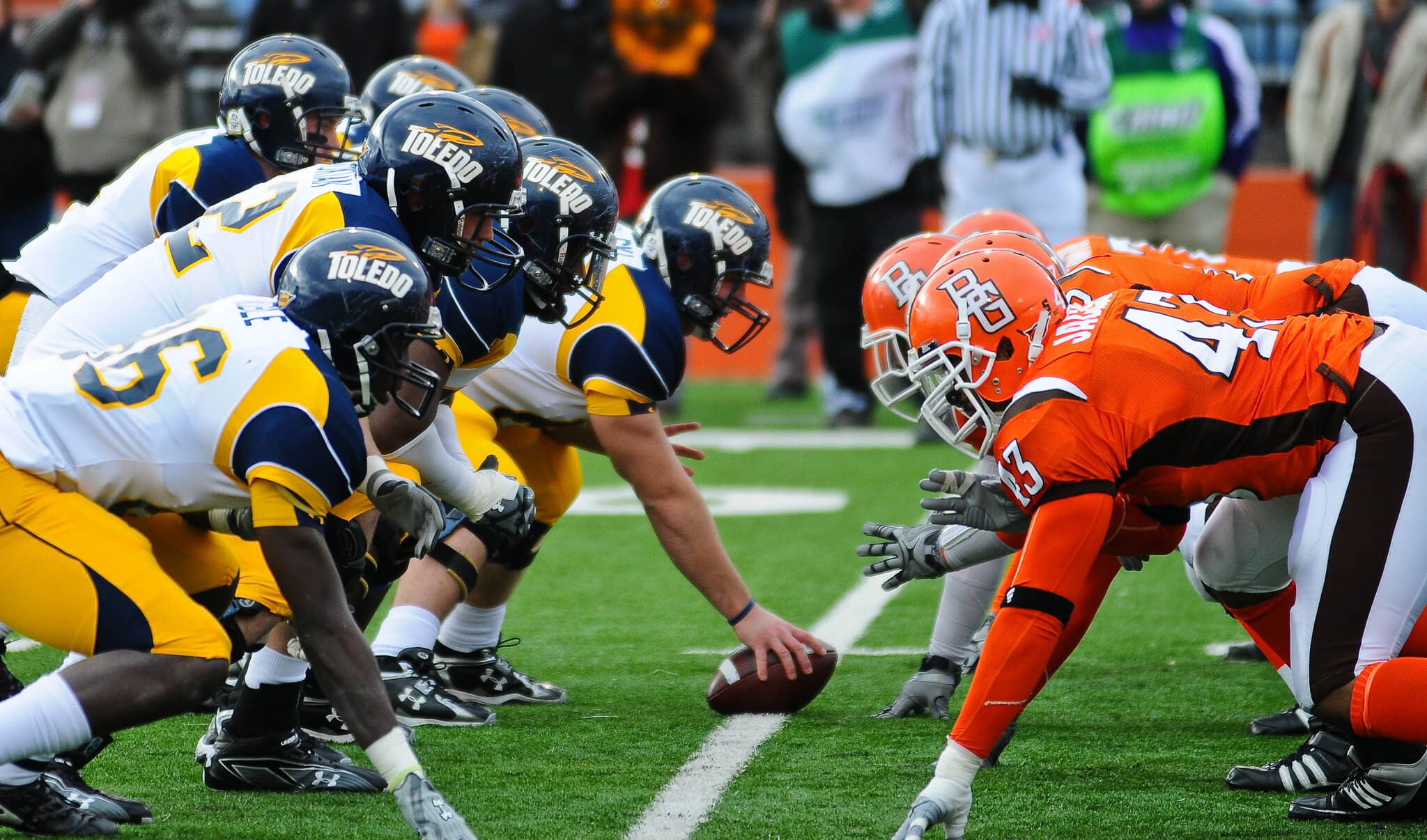 The battle for the Victory Cannon takes place each year when the Broncos meet their instate rivals the Central Michigan Chippewas. The atmosphere for this game is always spirited, and you can cut the tension in the stadium with a knife when these two instate rivals get together. The fans step up their cheering and tailgating skills up 5 levels for this game, so if you can only make it to one Broncos game, this is the one to be at. 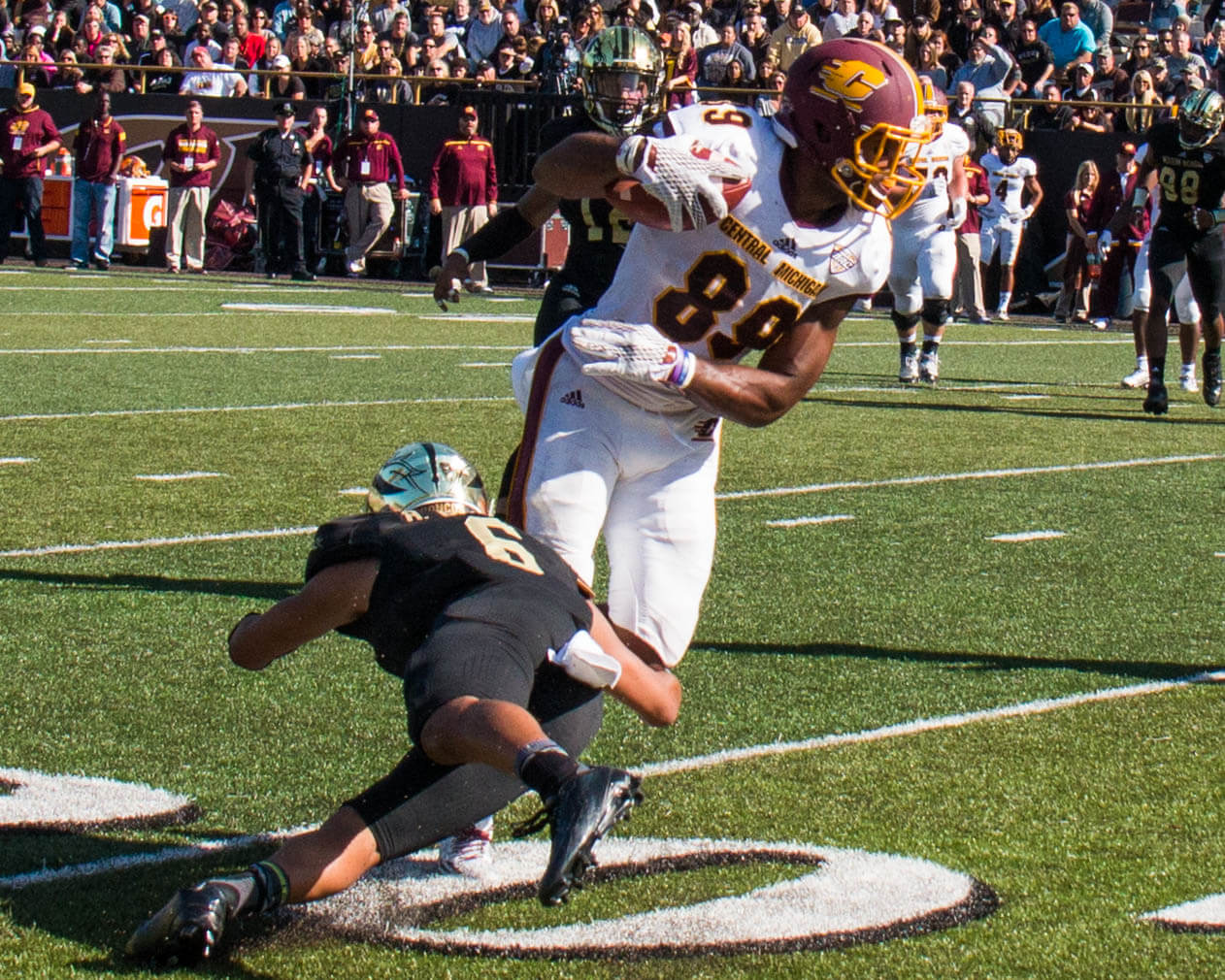 In addition to having a healthy rivalry with fellow MAC school Central Michigan, there is also a fierce competition between Western and Eastern Michigan as well. All three Michigan-based MAC schools compete for the Michigan MAC Trophy, which gives yearly bragging rights to whoever performs the best in the matchups between these three instate rivals. 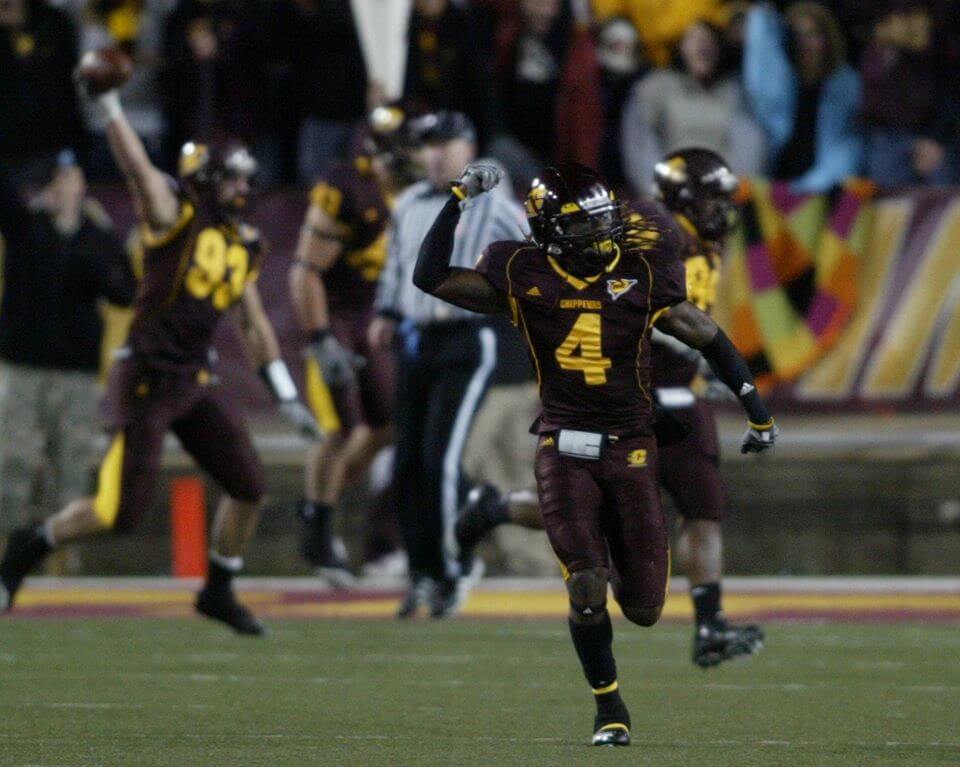 The winner between Ball State and Northern Illinois takes home the Bronze Stalk Trophy. The rivalry is among the fiercest in the MAC and often has a conference championship and bowl game implications since in recent years both teams have been among the strongest in the conference. This rivalry dates back to 1941 when the Cardinals and Huskies tied at 6 all and has been going strong ever since with Northern Illinois holding an ever so slim 21-20-1 all-time lead. The battle for the Bronze Stalk Trophy is a can’t miss event for Cardinals fans, so make sure to be in attendance when these two bitter rivals get together. 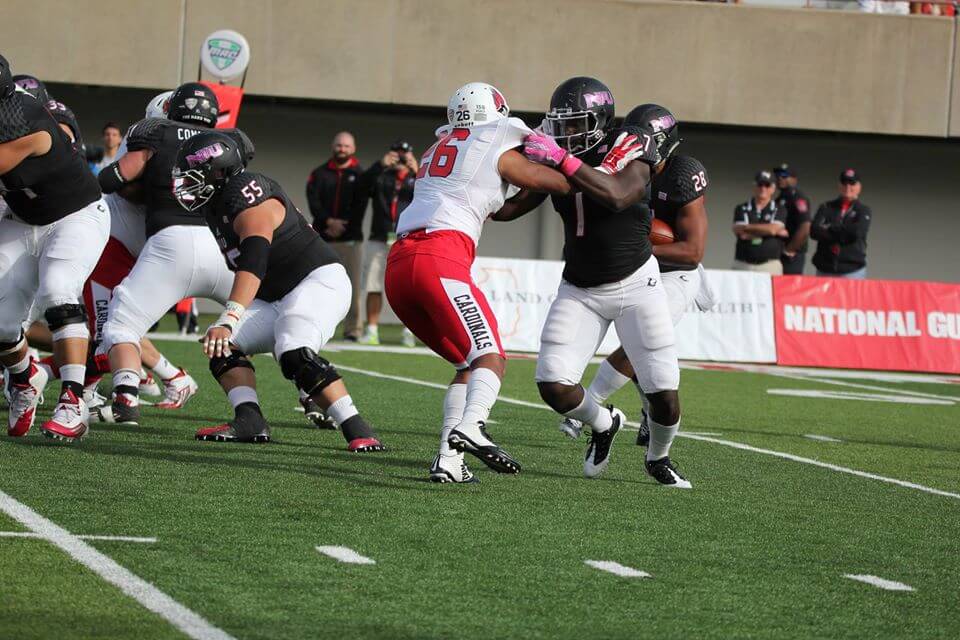 5. Miami (Redhawks) vs Ohio (Battle of the Bricks)

The Battle of the Bricks between Miami and Ohio dates back to 1908 and has been going strong ever since. Each year the two teams meet on the gridiron for MAC supremacy creating a fierce rivalry that is a lot of fun for both sides. The RedHawks lead the all-time series 52-37-2, so come out and watch them try to extend their lead over their hated instate rivals from Athens. 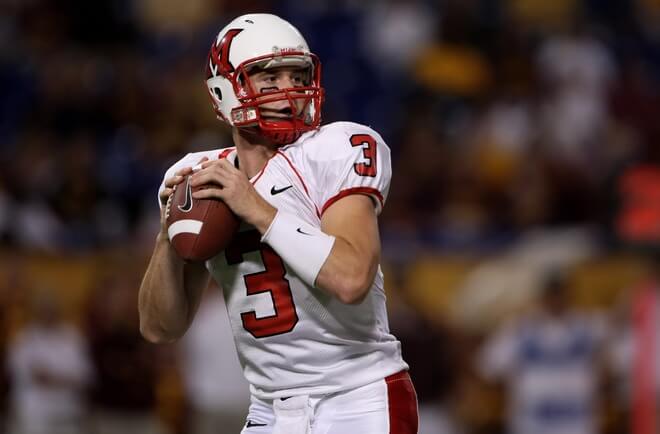 Akron and Kent State are only 10 miles apart creating a strong rivalry between these two schools from northeast Ohio. The rivalry began in 1923 when the Zips shutout Kent State 32-0, but the Wagon Wheel trophy wasn’t added to the rivalry until 1946. Things intensified in 1992 when Akron joined the Mid-American Conference, and the two teams have faced off every year since then. The proximity and long history between these two rivals mean you’ll be in for quite the treat when these two bitter rivals get together on the gridiron. 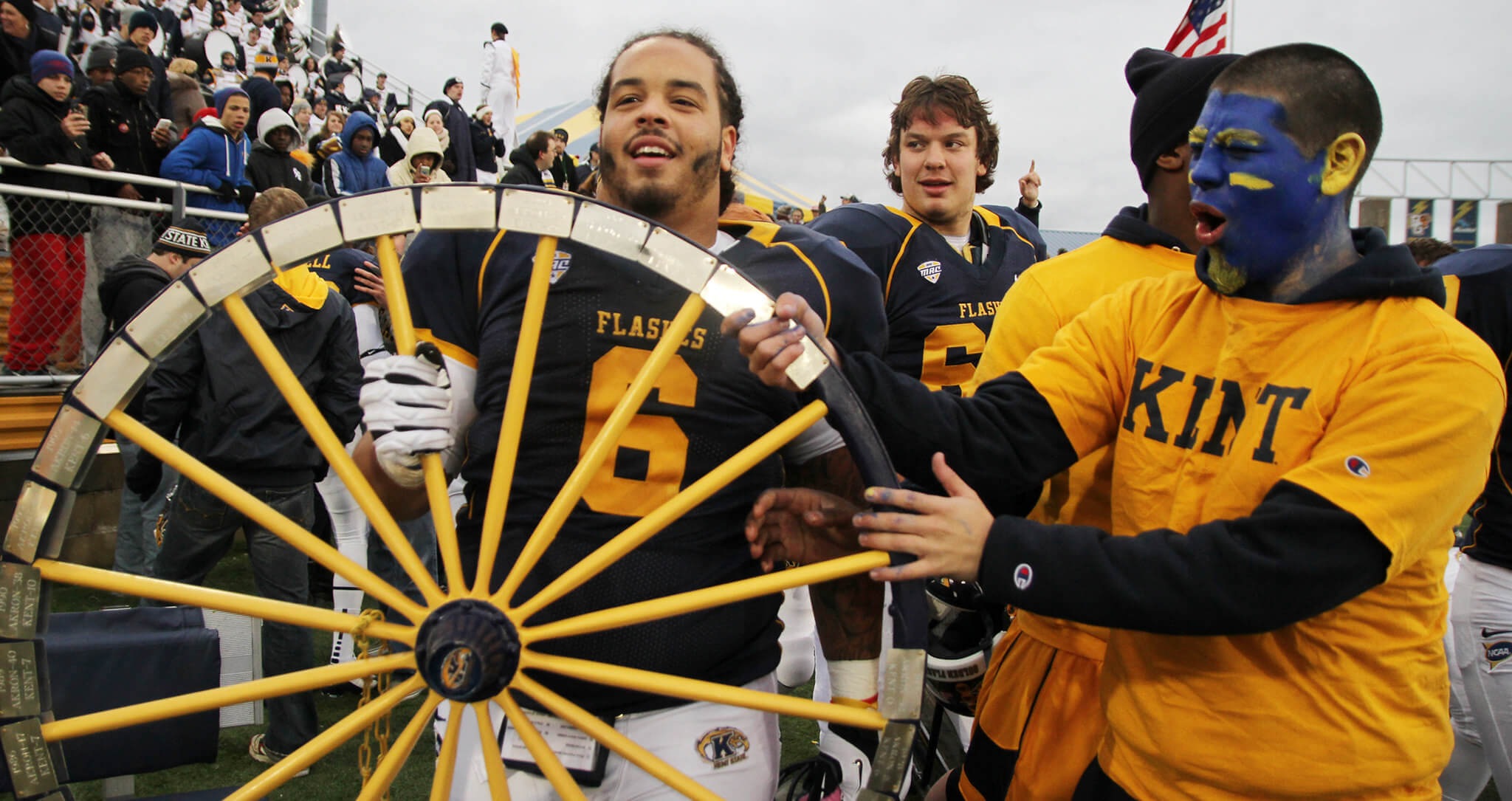 Anniversary Award – Kent State competes with Bowling Green for the Anniversary Award. The rivalry began in 1985 with the Falcons securing victory over the Golden Flashes 26-14. Since then the Falcons have held the upper hand in the series winning 23 of the 30 meetings. However, the Golden Flashes have won three of the last six meetings. You’ll find lots of fans from both teams make the trip across the state when these two bitter rivals get together creating a fun and competitive game day atmosphere. 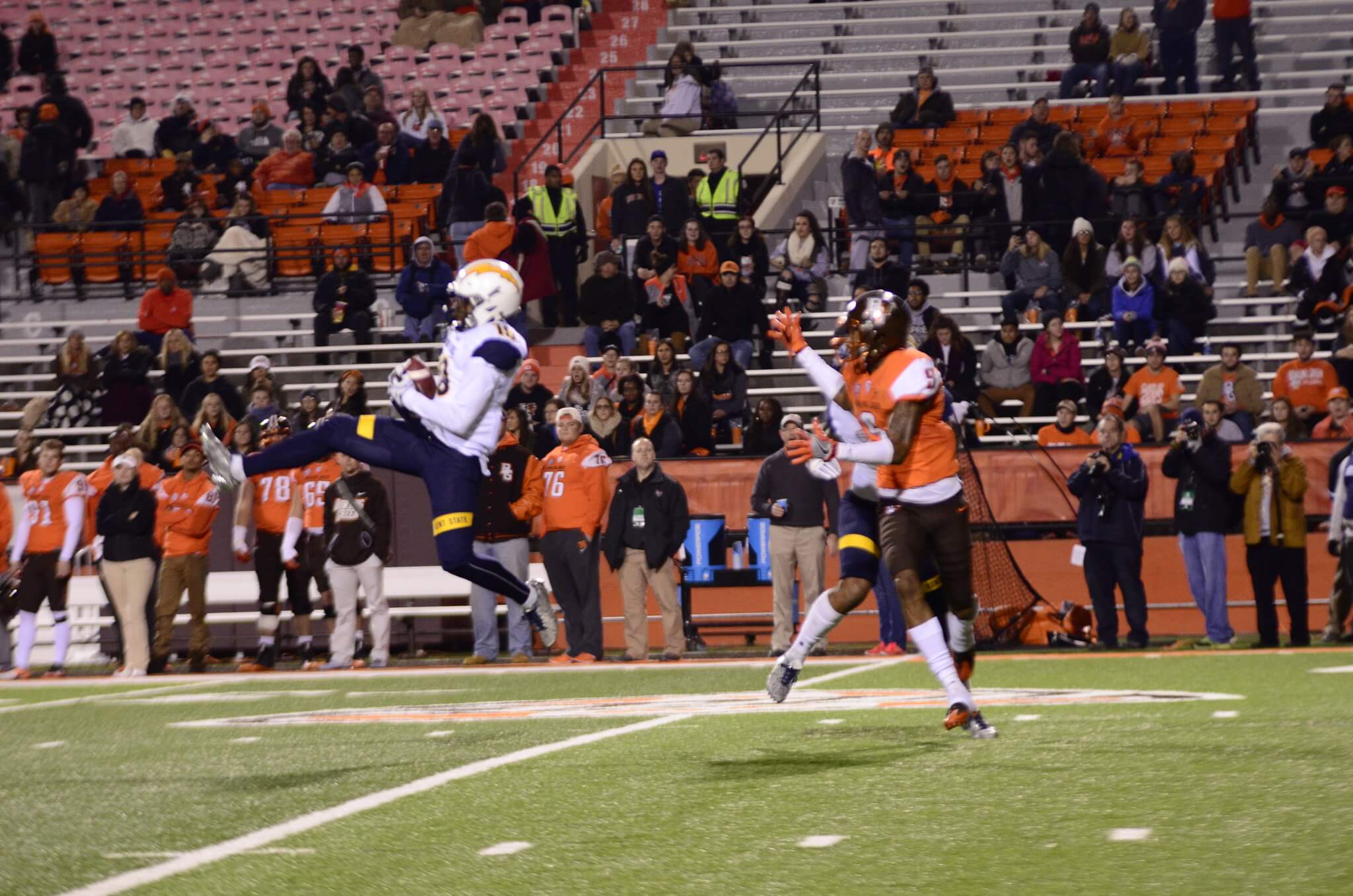